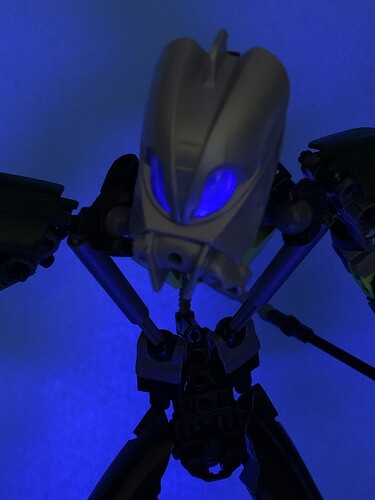 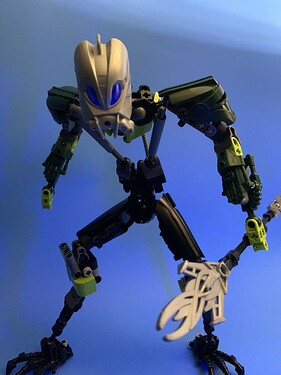 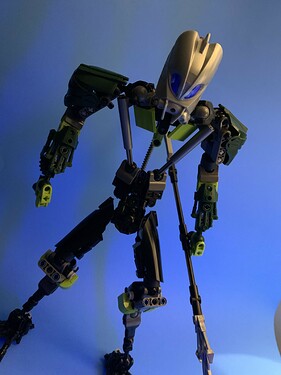 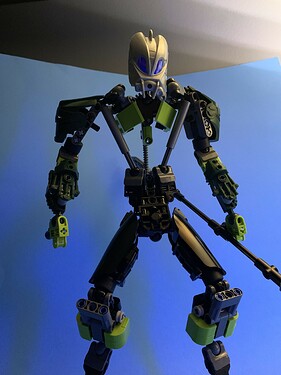 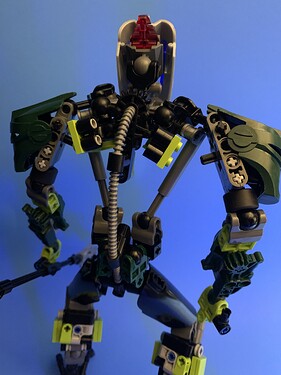 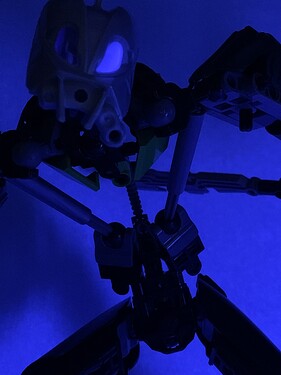 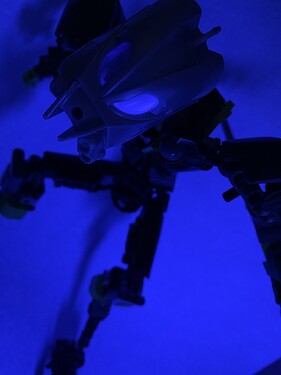 Name: Neurex
Species: Originally Matoran, now Toa
Prevailing Element: Plantlife
Kanohi: Tryna
Quote: “I’ll find them, I’ll kill them, no matter how many people I need to rip to shreds.”
Neurex was originally a simple Bo-Matoran, until some random Makuta (that you have absolutely never seen no no uh uh) decided to wreck his village and kill everyone. He only survived by the fact he was unloading some boats at the dock, luckily far enough from the village that the Makuta didn’t see him. After this, through quite crazy line of events that may be told one day, he was able to turn himself into a Toa. He now wanders the world, in search of the one who destroyed his home. Though, he never actually saw the culprit’s face…
He has a Russian sounding voice, which I imagine is the Bo-Matoran accent.
A song that fits his general feel is At Hell’s Gate from Doom.

(He is excessively powerful.

What? We both know everyone has at least one.) 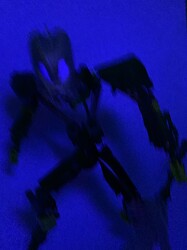 A Toa of Vengeance.