Since there doesn’t seem to be a topic for this already, I’m going to make it now. This is where you can discuss either the CORE line, or the “final battle” (ironic air quotes intentional) season that is Crystallized.

With CORE, I really don’t have much to say. It’s just more ninja vehicles/dragons, and that’s it. But Crystallized…well, it’s certainly something. 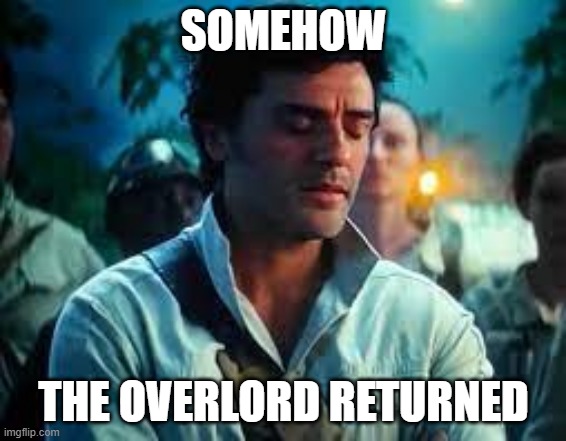 I haven’t watched those Core shorts yet and don’t plan to, it’s just them trying to make the revamped sets relevant like with Legacy
I’ll give them props for bringing back actual spinners though 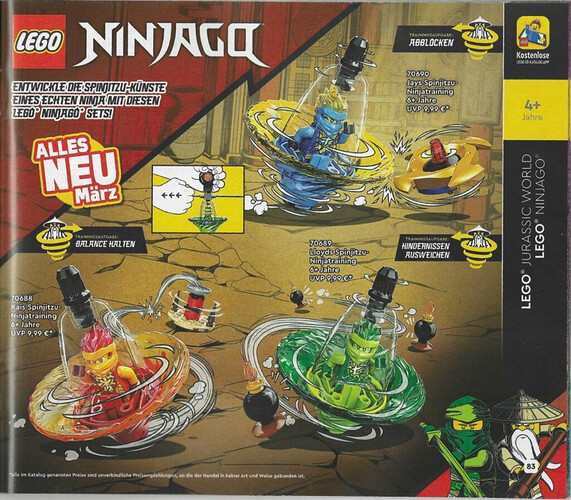 I mean… it’s not really somehow, as we know the Overlord is immortal. Though the most recent trailer now retcons that he is mortal, just because otherwise the whole thing wouldn’t make sense anymore.

I mean, since this is gonna be pretty much the last season, it would make sense to bring back the Overlord. Also the sets look really cool (albeit a bit overpriced for some) and I can’t wait to get them.

The Core sets are abysmal, in my mind. I haven’t watched the shorts either. I’m not sure why exactly LEGO felt the need to create Core at all, but I do assume there’s a legitimate reason with a terrible execution.

Crystallized is, um, overpriced. I kinda like the character dynamics they had going in the first 2-3 episodes of the season, but that seems to have petered out now. I’m still vaguely interesting in seeing the end. I guess.

I’m not sure why exactly LEGO felt the need to create Core at all, but I do assume there’s a legitimate reason with a terrible execution .

I don’t think that the execution failed. The goal was to make sets for small kids that are not bound into the story at all and are easily costumizable for beginner builders. For that I think they look decent. Older fans were early on told to either take a look on the bigger sets or wait for Crystalized. The sets are for small kids and they are not trying to be anything else, so I can’t really blame them for being blocky.

I was excited for Crystalized but now that the sets are out I am a little disappointed. The prices are just way too high, I understand that plastic is not that cheap right now, but that much? The Ultra Gold Dragon and Kai’s vehicle are just way, way too overpriced for their piece count.

I was interested in buying the Crystal King but then I watched the review and was so disappointed by how restrictive the build is. I guess I stick to my legacy dragon then. Jay’s bike is cool, but I wished the bad guy would have been a general in this set.

Crystalized as a show until now is okay, the villain interactions are definitely the highlight, but the Ninja are so ridiculously stupid this season, everything they do just keeps making the situation worse for them.

The dark side of Spinjitzu is a pathway to many abilities some consider to be unnatural.

I mean, since this is gonna be pretty much the last season, it would make sense to bring back the Overlord

I think it would make more sense to bring back Garmadon. He was the series’ first big bad, and he already has a connection to the main characters they can play off of. Plus, he’s currently kinda a loose end.

I think it would make more sense to bring back Garmadon. He was the series’ first big bad, and he already has a connection to the main characters they can play off of. Plus, he’s currently kinda a loose end

Fair enough. Though if the sets have any say in the show he will be returning.

I really hope Ninjago gets put to rest sometime in the next year or two because, even though I really like it, I feel like the writers are dead on ideas

It was their idea to make snakes the villain three times…

The goal was to make sets for small kids

Alright, that’s true. I suppose the execution was fine for what the goal was. I just don’t know why the goal was what it was to begin with. =P

I second that, the Crystal King was the only Crystallized set I felt looked good enough and seemed worth it enough to justify buying, but having read the Brickset review it seems far too rigid. I’m passing on all other Crystallized sets due to the prices and the fact that they’re just okay, in my opinion. Jay’s bike is decent but I can’t stomach the wing suits, they just look strange to me.

the Ninja are so ridiculously stupid every season

Fixed that for you. =P I wouldn’t exactly put it the same way, but I do feel they’ve been dull, static, and thoughtless for numerous seasons running now.

The dark side of Spinjitzu

I know it’s a joke, but I actually wish the dark side of Spinjitzu got more focus. Forbidden Spinjitzu was a cool concept to me (the only cool thing about Season 11, bar none), but it’s more or less fallen out of the picture. I really thought the idea had a lot of potential. I just wish it panned out.

I mean, he is in the season nevertheless. He will probably still get a character arc. The comic series builds him up as a conflicted character who wants to find his place. Also I don’t really know how they could top the Oni trilogy.

Garmadon IS in Crystallized. The second trailer revealed it.

That’s a fair point. Still think he should’ve been the final boss, he has more history and depth than the Overlord. But at least they are (probably) giving herm a conclusion.

He has more depth, that is true. But when looking at his history it is noticable that he is actually never in control of the situation. Harumi, the Great Devourer, the Oni and the Overlord were in control. Garmadon is a pawn. Destiny apparently doesn’t like him very much. The short time he was a good guy his brother was turned into an evil cyborg and he was turned into a snake. I get the impression that Wu and Garmadon are at no point destined to be on the same side. This could be a chance to break this curse.

Also in my headcanon the Great Devourer was created by the Overlord like indicated in that one comic, so this would be a legitimate reason for the Overlord to be Ninjago’s primary antagonist.

the Great Devourer was created by the Overlord

I am also pretty sure of this, in addition to being about 60% sure I have evidence to back it up which may, or may not, be that one comic you mentioned. I’m not sure which one that is.

Graphic Novel #4: Tomb of the Fangpyre, is the non-canon comic that implies the Overlord made the Devourer.

So I just finished watching the first part of crystalized, and….

One thing I do really like, though, is how it takes precious concepts and does them again, for better or worse.
For example, we have:

Eh…I don’t care for them much TBH.

Wait, when was this an element of Tournament of Elements? I’m running through the episodes in my head and can’t think of anything like it, especially since ToE is before Nya got water powers.