We've already got one, and we're about to get a bunch of this new season, so I figured it might be a good time to make a topic to discuss it!

I'm really not sure about it yet, although that's often how I feel on the first episode of a season. Seems like it got started a bit too fast, but maybe that's just me.

Honestly, I'm glad the ninja are nerfed. The whole elemental master thing bugs me more than I care to discuss here, and putting them up to their wits again is going to be good. Also, I'm glad Kai is still being a mentor type; they kind of whittled that aspect of his personality down last season.

Morro seems like he's going to be a decent baddie, but it's a bit too early to tell.

What do you guys think of Winds Of Change, or the new season as a whole?

I haven't watched Ninjago in a LONG time. I stopped watching at the end of Ninjago's first run. Is is worth going back to?

Is is worth going back to?

The seasons just get better after Rebotted IMO, so, definitely yes.

Yeah, watch the whole thing though. Don't just pop in anywhere; it won't make sense. (although you might be able to skip some of season 2)

I am very hype

"Shurikens, cute!" Ironic, since shurikens are what used to beat them
I wish they didn't cut out the line
"woah, lloyds gone through puberty" 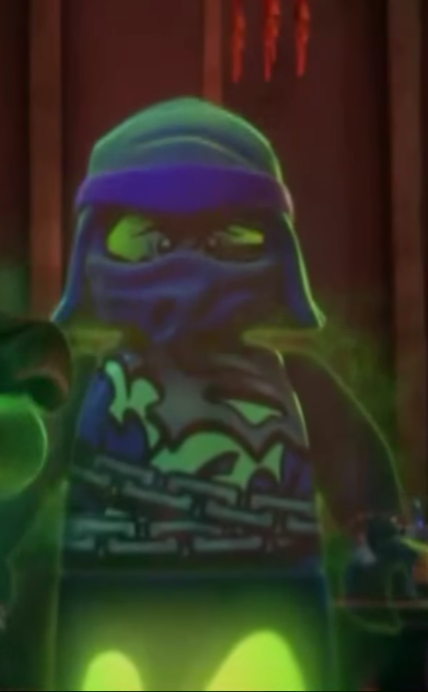 Is this guy gone already? Seriously?

Just got water dumped on him and that's it? ._.
And why water? Why would that stop ghosts when nothing else can?

Ghost Story has done little but make me more confused...

Water being a counter to ghosts does seem strange, but I'm sure it'll be explained later on. Also, this seems to be Lego's way to put Nya into the spotlight since she's (spoiler!) the master of water.

Actually just watched "Stiix and stones," and it is explained. It has something to do with water's odd density. Sensei mentioned that it had to do with it being in constant motion, yet denser than air.

Still sort of odd, but any explanation is better than none.

Also, Morro mentioned having a master, which I found odd. Master Chen maybe? The Overlord, even? Who knows who he met up with in the cursed realm...

he he he he

I just hope it's someone we already know; some continuity would be nice seeing as this season has been all but devoid of it.

I don't think the movie is going to be canon to the show storyline.

If it is, however, it'll probably be The Overlord or (somehow)Lord Garmadon.

A few days later...
I'm starting to not like this season. Big time.

It's kind of like the last season of Chima; the writing is good, but many of the messages they're introducing seem fundamentally flawed or out of the blue.

For instance, Nya and not being a samurai. Why does she have to wear ninja robes to control water? I really liked her individuality! And how about that whole writers of destiny thing? That seemed really arbitrary and contradicted many feats that made previous seasons impressive. So all the crazy things that the ninja have done to overcome the odds and make history all just happened because some dork in a robe wrote it that way? That's way too meta for canon.

And that considered, would the ninja not have done certain things in the exact same positions without destiny being written? Would The Overlord have conquered Ninjago years ago because Lloyd or Zane wouldn't have done what they did?

Hopefully they get to a point where they set this message straight. It seems like they may be leading up to it, but I'm still worried.

I wish they didn't cut out the line"woah, lloyds gone through puberty"

I think it was kind of cool that we got to see Garmadon one last time in the season finale and we now know that Chima is one of the 16 realms. I watched it with my little brothers and we all laughed when we saw that

The Chima cameo was amusing and it was nice to see Garmadon, but honestly I'm a bit underwhelmed with the finale.

Admittedly, Moro's death was pretty good closure to his story, but I feel like much of this season isn't very... Complete. Usually, they end off a season by answering a big question that's brought up in the beginning. A large part of it this time around was destiny and the paths people take throughout their lives. Their answer to that has been little but "well there's some little dudes in another dimension writing out what's gonna happen to you, so just let it happen." I don't know; that paled in comparison to the messages about balancing technology and people, how our past directly impacts our present and future, and similarly profound lessons of past seasons.

Also, things like Nya being forced into a different role and the ninja needing a leader felt kind of... Convoluted. They seemed to be going somewhere with those, and basically just dropped them.

In all honesty, Nya becoming a ninja seems natural. The past few seasons have been altering the roles of characters, including the following: Lloyd losing his golden power, Zane becoming the Titanium Ninja, Cole becoming a ghost, and now Nya: The Water Ninja. As for her arc, it seems to me that it wasn't dropped. It had a clear start with the bucket test, a middle with her failing to stop Ronin's escape, and an end with her reaching her full potential.

The ninjas' struggle to cooperate without Lloyd seemed not like an arc for just this season, but rather an arc for both 2015 Ninjago seasons. Season 4 begins with Lloyd trying to reunite the team. Then he and Kai form an alliance between the Elemental Masters. Finally, Season 5 shows how much Lloyd means to the ninja, especially Kai. I do agree that the finale didn't do the best job of showcasing Lloyd's leadership, but both seasons work well as a whole, in my opinion.

Nya: The Water Ninja. As for her arc, it seems to me that it wasn't dropped. It had a clear start with the bucket test, a middle with her failing to stop Ronin's escape, and an end with her reaching her full potential.

It's not so much that I take issue with her getting powers. That's entirely okay. It's more about her losing her individuality. I don't want her to become dependent on the others to get anything done. It always seemed that she had their back when she operated independently, now she's probably just going to be stuck in whatever bind they get in as a team. Additionally, I was a fan of her having a persona and aesthetic all to herself and the Samurai thing was really cool.

And how about that whole writers of destiny thing? That seemed really arbitrary and contradicted many feats that made previous seasons impressive. So all the crazy things that the ninja have done to overcome the odds and make history all just happened because some dork in a robe wrote it that way? That's way too meta for canon.

Isn't that kind of how things work in BIONICLE? Only instead of a monk, it's a giant robot.