What are some of your favorite Bionicle characters that are either:
A.) Obscure and little is known about them
B.) Unpopular and not discussed often at length

I present to you one of my favorite obscure Bionicle characters… The Red Serpent! I first discovered this rahi when I was playing Bionicle: Maze of Shadows on GBA. This rahi pursues the Toa Metru throughout their journey in the Maze of Shadows, using its powers of camouflage. It can also deliver a devastating Lightning Attack that fuses its target with whatever surface they hit when blown back.

This is one of my favorite rahi, and I feel he is a little under appreciated because of his one appearance. But to me, he’ll always be an awesome rahi.

I’d to see someone try to moc him. I don’t own enough red parts to attempt that tho.

I mean c’mon he has frickin ROLLER SKATES!

I’d say Kotu qualifies. We actually know a decent bit about her compared to other Mata Nui Matoran.
She is the left hand of Turaga Nokama, a skilled Rahi tamer and Kohlii player. As well as a notorious prankster. On paper she could easily become a fan favourite. But she barely appears in the actual story! Every time it looks like she might get to do something, they give the roll to someone else.
The chroniclers company, the 03 kohlii tournament. Kotu even got her own bio on the bionicle website back in 03 (I think, might have been 02). But even Nixie and Amaya get more screen time :’(

Mine would probably be makuta miserix. Maybe not the most obscure bionicle character. But for a giant red dragon not many people really mention him.
Second one would probably be the metru dragon I think it’s called. Again a large dragon and not much mention

This Rahi actually appeared in one of the novels as well. Adventures 6, Maze of Shadows.

Unless there is a second large, red, horned, camouflaged serpent with the power to fuse things to their surroundings.

Yes! I guess I should have specified it, though.

Most of the MNOG 1/2 background Matoran qualify as obscure, I’d argue Mavrah does too. He was the closest thing Bionicle had to a “Guest Star/Monster of the Week” villian who got a full backstory with significant implications, then didn’t get mentioned for literally seven years of story (and his name was the very last word spoken in official story, too!)

I also find that for a book as popular as Time Trap was, characters like Voporak and Sentrakh never really get talked about as much as they really ought to. They both had really cool premises and backstories (I’d say the same for a number of DH’s, but these guys got official sets and story appearances and still hardly get mentioned).

Johmak is also up there, although there’s not a lot to say about her. There’s plenty of Bara Magna characters who are also really never talked about - Surel and Certavus were both pretty cool, in particular.

Probably the flat-out, utmost obscure character I can think of from the top of my head is the “Hero Agori”, who was basically the player character in the MLN Bionicle quests and I think got a mention in Raid on Vulcanus, too.

Not really “obscure” so much as never really talked about as characters or individuals are the two named Great Beings we know of, Angonce and Heremus. We didn’t find out much about them, but a few scenes (Angonce’s internal monologue in the opening of the 2010 book comes to mind) suggest to me that Greg did have specific personalities for these guys, and they weren’t just random name drops whenever he needed a GB.

Podu’s always been a favorite of mine. And I’ve always wondered if his name was one of the ones cleared by legal or not, considering it was in a GBA release (as opposed to the later MNOG 2 names, which were never cleared).

Karzahni the plant too I think is kind of interesting and wouldn’t have minded seeing more of, even if I don’t know what else you could do with it at the time it was introduced. Just seemed like a fun character.

Ooh, the Karzanhi Plant is a great obscure character @CMO . I love how it was presented in Maze of Shadows as an intelligent creature with a vengeance for being abandoned. It is much more menacing than even the Morbuzakh in some ways, but in others it is also more sympathetic. Also, it contributed to the Lhikan II

“He made me too well. I am too powerful and too wise. I would not have been content to drive the inhabitants from the outskirts of the city, or even to rule Metru Nui. I would have brought down the places of the Matoran, all of them, and ended their reign! I did not want their obedience or their loyalty, as Makuta did - only their destruction.”

Ladies and gentlemen, I present to you… The official Morbuzakh set! 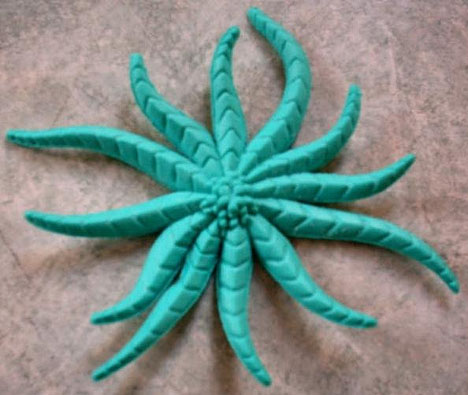 I kid you not. From biosector01:

Where can I buy this?

I remember reading one of the BIONICLE Adventures chapter books as a kid that mentioned the Energized Protodermis Entity, this guy that resembles the Silver Surfer from Fantastic Four. It would be cool to see a battle between the EPE and the Golden Skinned Being.

A battle between the EPE and the Golden Skinned Being.

Wow, I kinda forgot that the EPE existed. But a personal favorite obscure character would have to be Johmak. BionicleChicken has a comic or two about her that, while entirely fanon, make the character really cool to me.

would nobua from the cancelled pc game be considered obscure?

Mentioned in one line of dialogue from MNOG II, might just be the most obscure characters.

Papu and Rangi are pretty interesting characters, we haven’t gotten much mention of them since Turaga Nokama name-dropped them in MNOG. They seem to based on the characters from Maori folklore, was this concept dropped when LEGO tried to avoid a lawsuit from the Maori people? I don’t believe they have been explored or even mentioned since MNOG. But if I had to guess, they were probably replaced by Mata Nui, as the connotation of their names suggest they were some higher beings.