Starting a bit of a new MOC series where I’ll have two characters from Okotan Adventures - one will have some effort put into it and the other not. The one I tried to make decent is always the first one introduced.

With that out of the way, here’s Gladius (@Ghid) and Hitora (@Runa)! 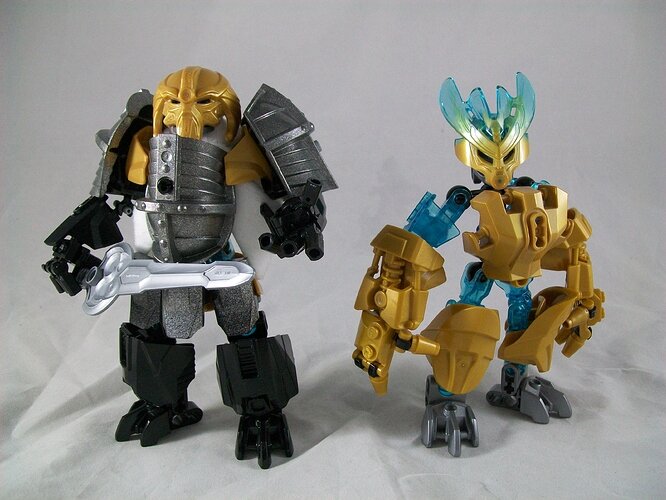 Both models utilize the smallest possible CCBS frame, but later ones should hopefully have custom torsos. Gladius has really stupid elbows because I couldn’t process how to construct them better while still having a full range of motion… Or at least trying to have. Hitora’s chest is stuck in by using two blue 3-long pins stuck in almost fully, so he still has the ability to move his limbs. 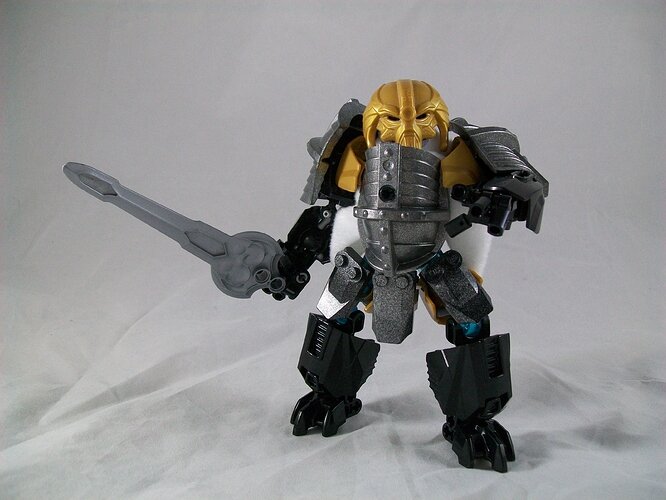 As a child, Gladius lived in the city of the Mask Makers and trained to be a warrior. Before he even grew up, he was pronounced the mightiest warrior in the land, gifted with a golden replica of the Mask of Control.
He remained in solitude until he realized how many years it had been. His parents had undoubtedly died by now, he had no extended family, and the world must have forgotten him. Determined to make them remember, Gladius finally came home. 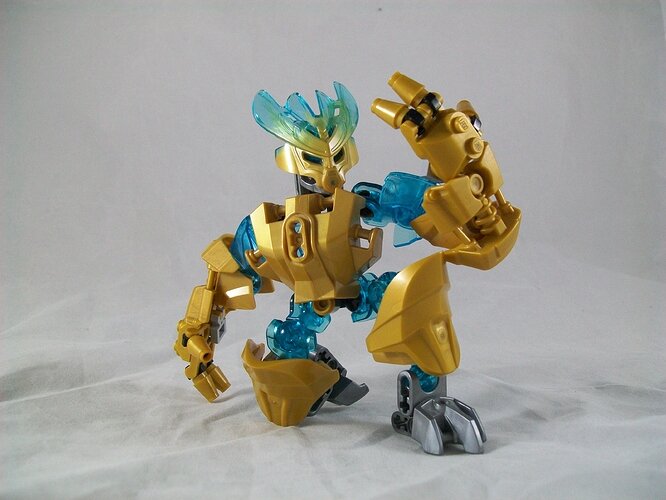 After finding a temporal rift, this Okotan from the 5th generation to live on Okoto was frozen in time.
He’d joined a group of pirates, a thing he did once before back in his time, and spend time with them searching the seas for treasure. Eventually he grew tired of the captain, and so abandoned ship with the first mate, his new friend Keya. 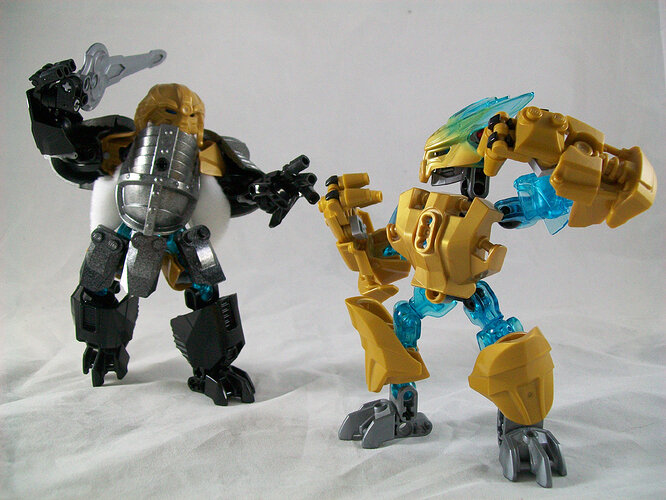 If these guys interest you in the RP, you can join by heading over here.

If you’re already in the RP and don’t want your character(s) built, just send me a message saying so. I’m not going to be portraying anyone’s characters who isn’t alright with the concept.

If you want your character to be built, please don’t ask for me to build it. I will be far less inclined to build a character of yours if you request it to occur.

ooh, you just gave me some ideas for whenever I rebuild Hitora.

These look really nice. The chest piece on Gladius works well, and that’s the first time I’ve seen that piece used like that.
Hitora’s hands look cool too, and the addition of more blue compared to the original accents it really well.

ohhh these look great together, the colors flow well.

They’re both so cute! Especially Gladius, he looks so grumpy. Hitora is simple as you said, but still looks pretty great. The cones work surprisingly well as fingers.

They are some bulky boys

I love them! They’re really cool!
I think Gladius is my favorite just based on how bulky the lad is

Gladius is my favorite of the two. The Knight’s Kingdom armor pieces work really well on him.

Is that a cloth on Gladius’ back? Is it custom or an actual piece?

Thank you for the latin reference to his sword within his name!!!
I love that some of bionicle’s names are derivatives of latin, for example, “umbra” means “shadow”, and “metus” means “fear”.