I think the addition of a friends list would be a good idea.

This is an interesting idea, but aren’t we all supposed to be friends?

but aren’t we all supposed to be friends?

but aren’t we all supposed to be friends?

But yeah, seems like a reasonable idea for me.

Please keep in mind that the TTV cast has no control over how this website’s software is developed. We can only add a friends list if and when the devs decide to implement one.

If they added one mine would be empty. Also I have the feeling everyone will start spamming Blu with friend requests.

everyone will start spamming Blu with friend requests.

I think the addition of a friends list would be a good idea.

If you make friends enough to the point where you want to interact with them on the boards, simply PM them. This site keeps a general list of your PM’s to others, so you can just go to that list.

If it was visible to others, people would use their popularity against others

They would probably be banned if they did that.

If someone didn’t accept a friend request or unfriended you, you’d feel worse than if you simply stopped interacting on the boards as much 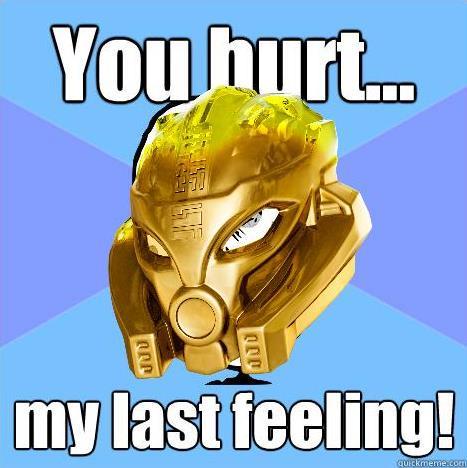 People could turn off friend requests if they’re that sensitive.

People would be spammed with notifications,

People who spam friend requests would be banned for spamming.

TTV staff would be able to turn off requests.

You don’t particularly need to be friends with people to discuss things on the boards, so it wouldn’t really add anything

You could have live chats with friends and be notified when they post.

Like I said before, turn off friend requests if you’re that sensitive.

They would probably be banned if they did that.

Even if its not a user doing it directly to torment another user - there is still the whole idea of a user looking around and seeing people with tons of friends and then thinking that something is wrong with them if they cannot get as many friends due to being newer or less active or whatever.

People who spam friend requests would be banned for spamming.

I think this would just create more work for moderators, and how would that even be registered? would they then have to add a feature so they could monitor who friend requests who and how much - or would it be like notifications (Noting that more notifications may cause the notification bug to return)

Not sure what you mean by this

Adding new features to the site may not be as simple as giving the option to turn features on and off for users. The scroll bar on the main page for example is something a few users expressed interest in being able to turn off or hide, and it was mentioned that there was not an option they could add which would allow users to do that.

I think both of you (@Scarilian, @Chilly_Productions ) are looking at the complete extremes here.

Yes, @Scarilian, all those things are negatives. But not having friends here =/= no friends at all. Not to mention, it’s very unlikely that someone would have no friends. As we’ve seen from the users here, most of them are friendly people that quickly make friends with others. I haven’t seen any loners on the Boards before.

But at the same time, @Chilly_Productions, Scar has some very good points. People will spam requests, and people have tried to use their popularity on the boards to personal gain before.

people have tried to use their popularity on the boards to personal gain before.

Can you give some examples?

Just call it a favorites list or following and make it one sided and most these problems go away.

@SammySpartan
On the internet you usually have to look at the extreme negatives as thats whats more likely with large groups of people.

Shouldn’t you ask this on the Q&A topic?

Shouldn’t you ask this on the Q&A topic?

This is a message board, there is no reason for a friends list, seriously, some of you are treating the site more like facebook than a message board.

Because Bionicle fans have no friends. /s

Because Bionicle fans have no friends. /s

Completely irrelevant to my point.

Also technically we already have a friends list with a dedicated sms,