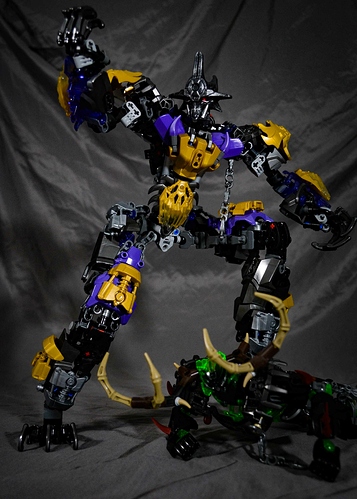 So a year ago I began work on my entry to the Makuta Contest held to cap off Bionicle G2’s short run, and in the time since beginning the build, I could never get the legs quite right.

(Here’s the prototype since the image gets stretched when I tried to place the image here.…)

So yeah. I put the thing off for a year. Here we are now. 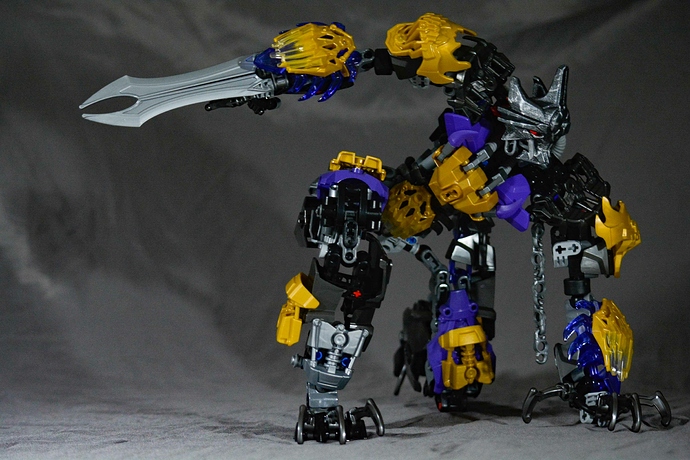 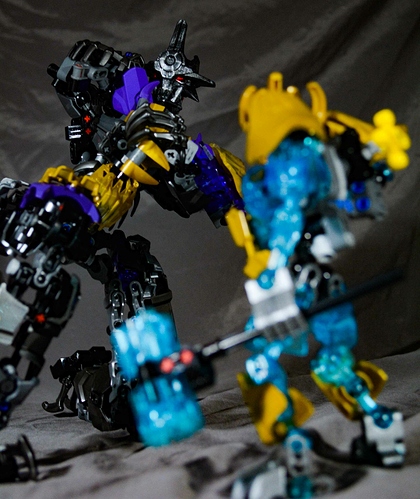 So what this one supposed to be? Well if based on the title you assume it’s supposed to be Megatron-esque, you’d be absolutely right. (The title is actually based on a running gag me and @Wolk have in the Patreon Chat. Deceptinaks rule. End of Story.)

But what this guy really is, is my interpretation of Makuta’s transformation after putting on the Mask of Ultimate Power. 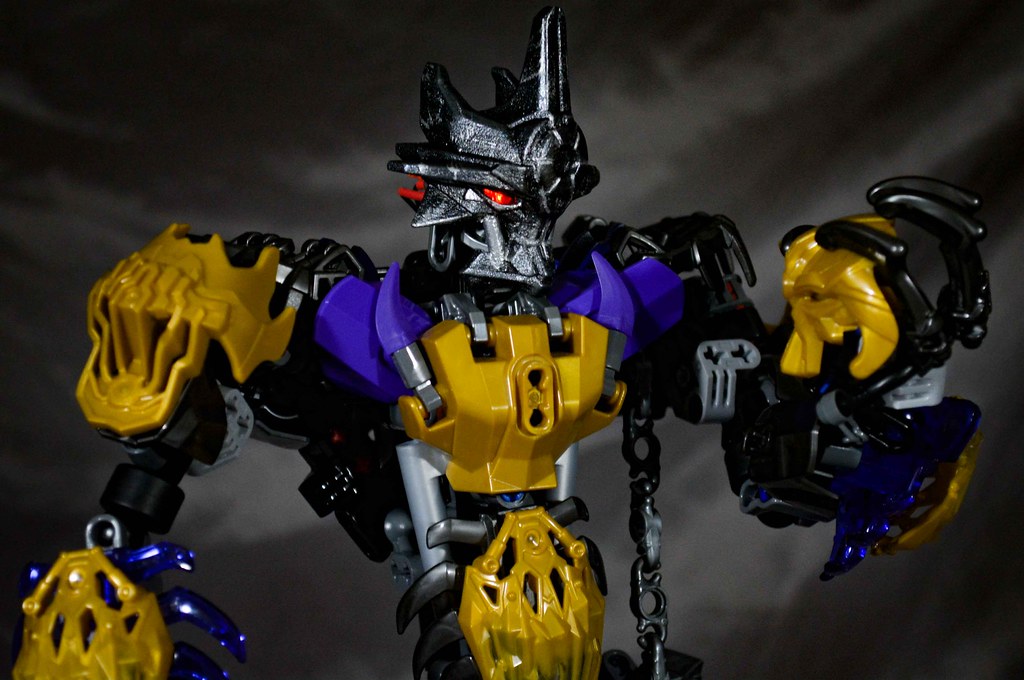 The idea is that rather than just taking a scale tool and making Makuta bigger, the mask pulled and stretched Makuta’s body apart like taffy; warping his features while leaving behind a similar silhouette. 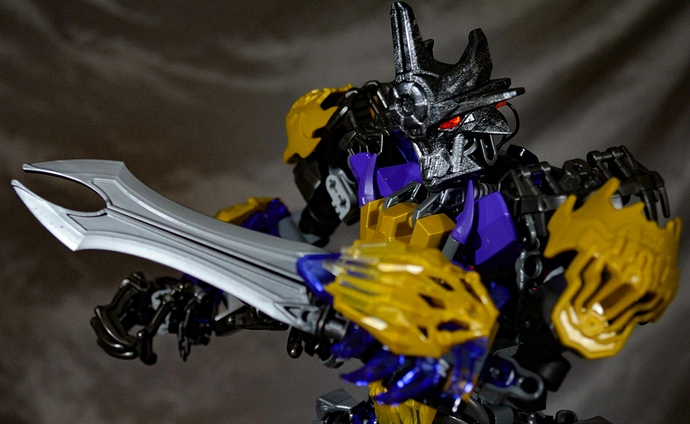 The appearance of the overall build does take notes from Megatron of the Transformers franchise. (No, he does not transform.) Namely from the live action series of films, in this case, an amalgamation of his 2007 and Revenge of The Fallen incarnations.

I wanted him to look mechanical, but also slender and flexible like an organic creature. Because you know Bionic-Chronicle amirite?

It was also important to me that I retain the M shape in his torso, I don’t know why fully, but it was something I didn’t want to lose. 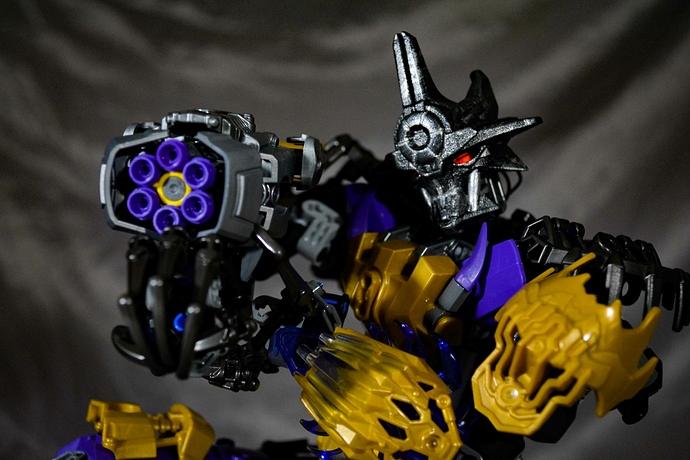 I took some notes from Transformers: Prime as well (which has the best version of Megatron next to G1.) 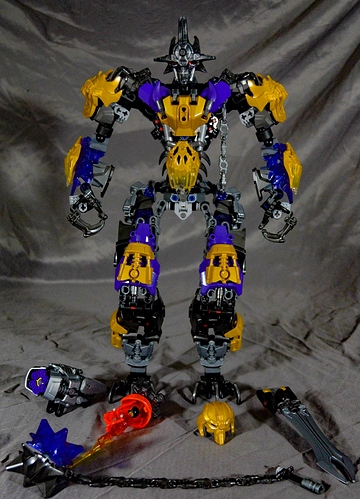 Yet another key point of inspiration comes in the accessories. Japanese toys are about as cool as they are expensive. Figma ones to be exact, which are known for their crazy amount of detail and accessories.

He’s got, a wrist mounted sword, an arm mounted stud-shooter, an energized flail, and a secondary thruster piece. [EDIT:] I included the Mask of Control in the lineup because it is important to Makuta’s character, but I never took photos of him with it on since his head becomes v smol. 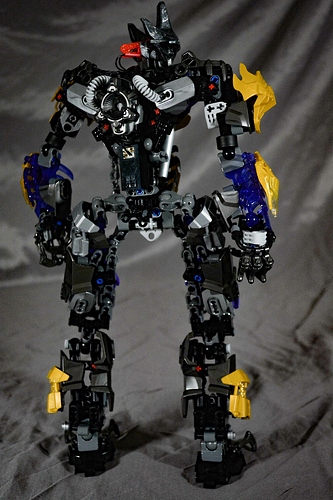 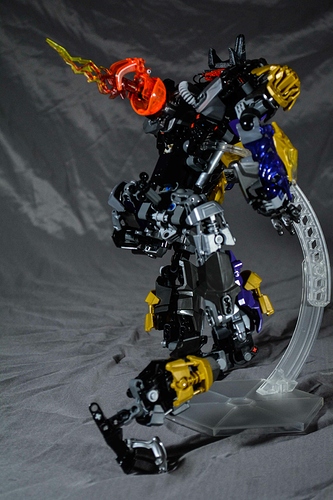 It’s just a basic parts swap. And I did try to get him into some running poses, but I didn’t have the patience to take photos of them. 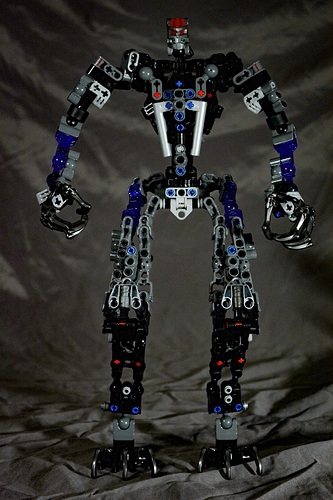 Another area I owe to Japan is the build beneath all the armor. I tried my best to emulate the inner frame of a Plastic Gundam Model Kit (Or Gunpla.) And since the CCBS was first used in Hero Factory, a theme based on mech suits and anime in particular, the attempt worked out nicely.

Because of the construction of the skeleton, he’s got great articulation and poseability in in every part of the body save for a diaphragm joint. 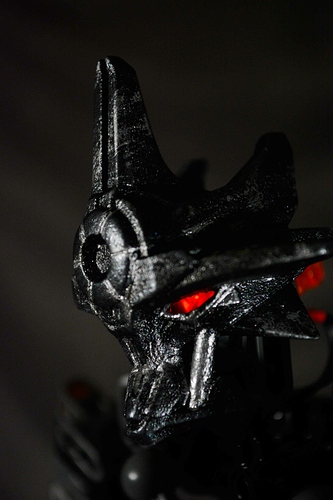 And the final cherries on top of course are the Mask Of Ultimate Power, hand painted for the fun of it, and the eLite Jr. Signature Kit from LifeLites, which I routed just bellow the eye stalk.
(The lights are pretty bright in all honesty, but the geometry of the mask and the poor light piping of the eye stalk makes it hard to pick up in the photos I took.) 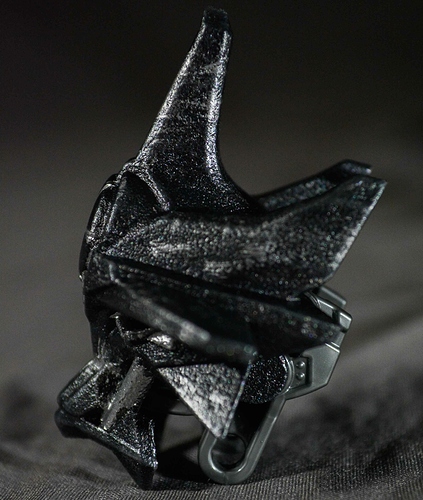 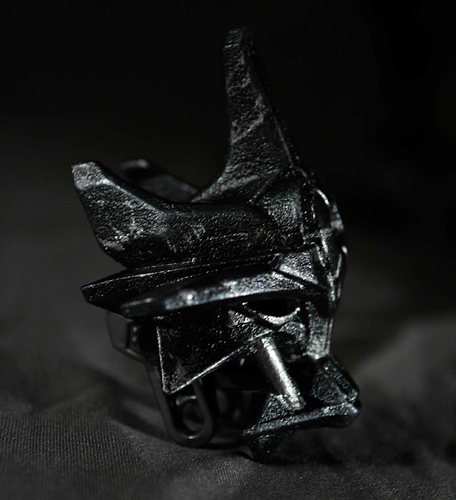 Cutting To The Chase 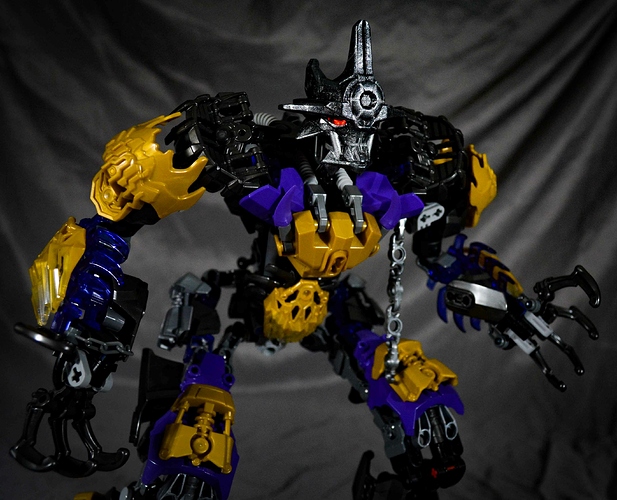 This MoC is a labour of love and frustration that took too long to finish. But I’m glad that I sat on the project.

Just as a refresher (or if you skipped to the end:) This moc is meant to be Makuta’s transformation at the whim of the Mask Of Ultimate Power, with design and build notes being taken from Transformers, Figma, and Gunpla in a bunch of different areas of the build.

He’s super poseable, and feels great to handle and look at. But most importantly, I feel proud of the final product.

Here’s a link the MoC’s Flickr album, where you can see more images as well as videos demonstrating parts of the build that don’t convey in still images.

(And because I’m a hack who can’t let things go, here he is side-by-side with my other Makuta MoC.) 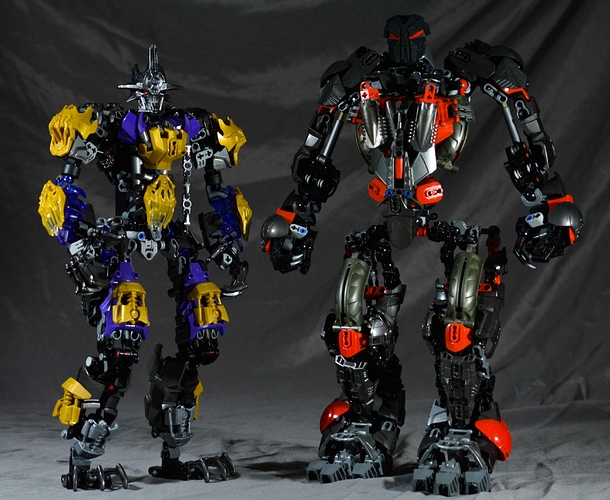 Impressive. I’m still on the fence with the legs, but everything else looks amazing here. I especially love the MOUP.

What reservation do you have with the legs?

They’re a little gappy, and oddly shaped towards the bottom.

I think the proportions are a little off, but I don’t mind it. Photography is superb.

I see. Well as far as gaps go, there’s little I can/want to do about closing them since it might restrict some movement.

I understand. I think removing the add-on from the sides of the lower legs would make it look fine.

Excellent work, and something about the coloring of the mask just makes it feel menacing!

@ReeseEH thanks! I’ve been trying up my photography game for a while now.

@UmbraManis This was literally the first time I did any kind of model painting. Glad to see it’s leaving an impact!

This is outstanding!
The weapons are awesome!

Overall I really like how it looks. There are great colors on the front but the back lacks much of any color, so I would suggest adding a little. The proportions are different but very suitable for this MOC, and I think it just looks really good in general. Great work.

No joke, my jaw literally dropped. This is amazing. 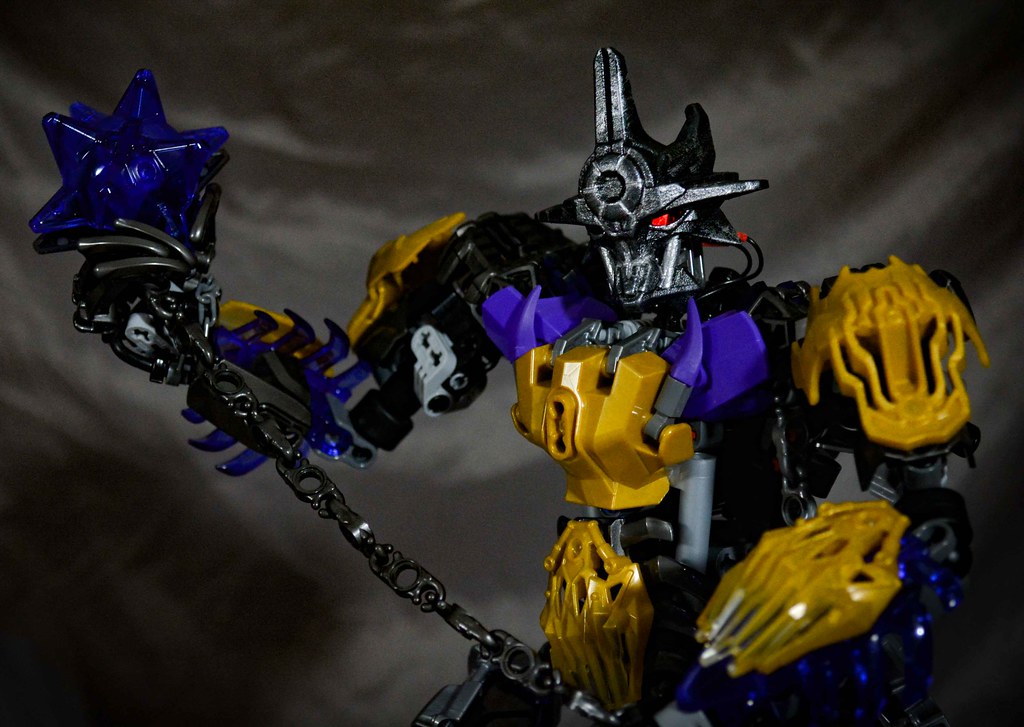 In the grand scheme of things, I regret making one of the weapons a flail since there’s so little posing options.

But that’s what I get for trying to own up to the Megatron motif.

Holy cow this thing is gorgeous. Love all of the pose options. Really does give me Movie Megatron vibes.

This is awesome. The paint job on the mask is great–I love the scratched-up look you gave it!