Since I’ve just been bumped up to Protector status, I figured why not show off my protector MOCs! Two of these combinations are exclusive to TTV at the time of writing…

This one has a makeshift gearbox functionally identical to the one used by the original Toa Mata, allowing it to pummel things with its icy fists! It’s also able to fire one of the six-shooters on its shoulders… unfortunately there weren’t enough of the right technic parts available for both to be functional :T 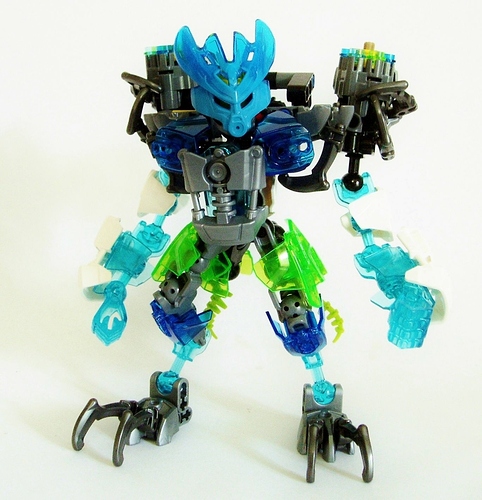 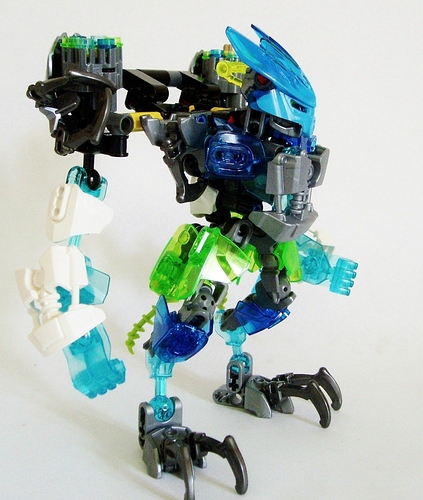 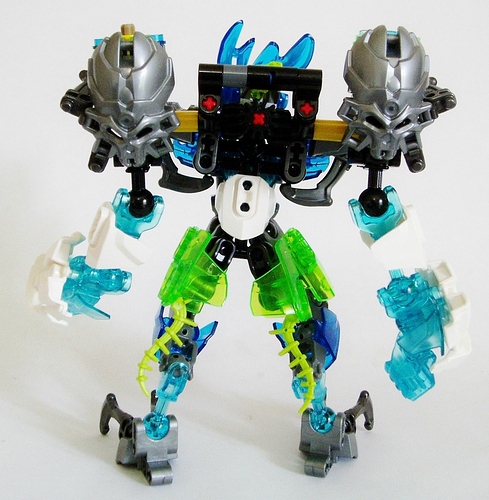 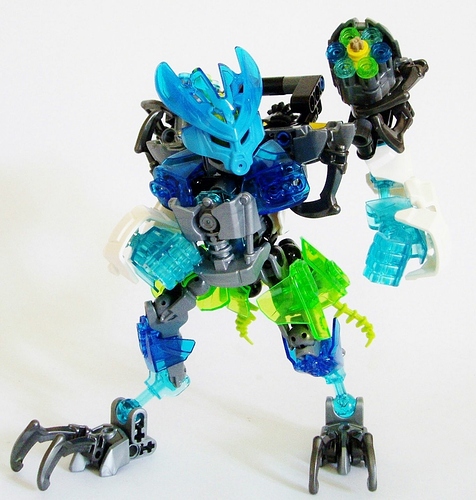 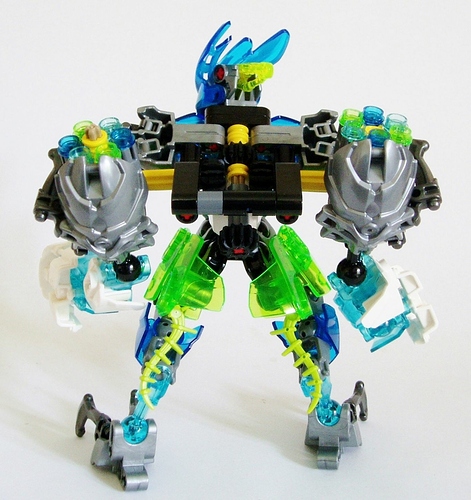 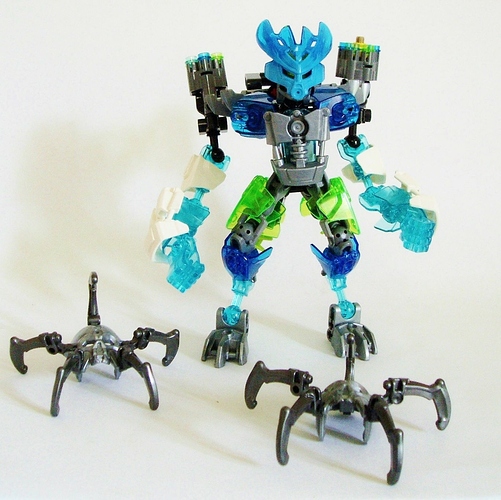 Rupaku is based off a large lion or crag cat and may or may not be inspired by a certain pokemon. It can rear up on its hind legs and use the built in mechanism to rake its front claws. Not so much of an issue with floppy limbs with this one since it’s a quadruped ^^ 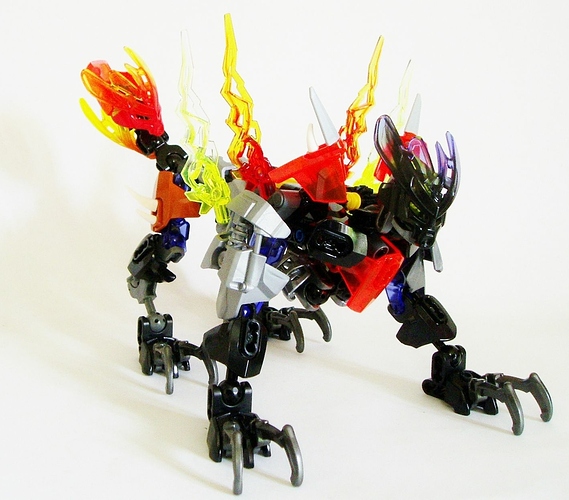 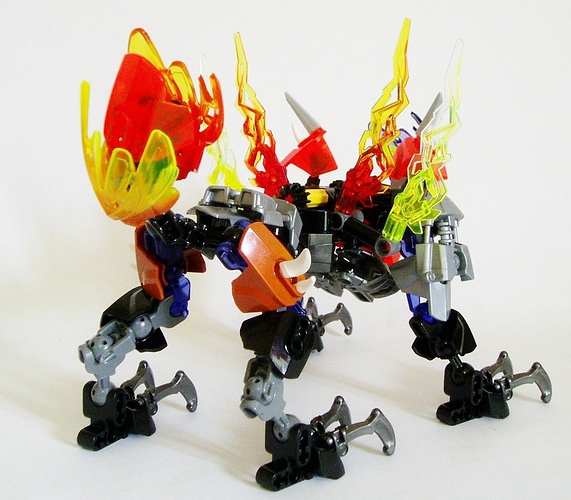 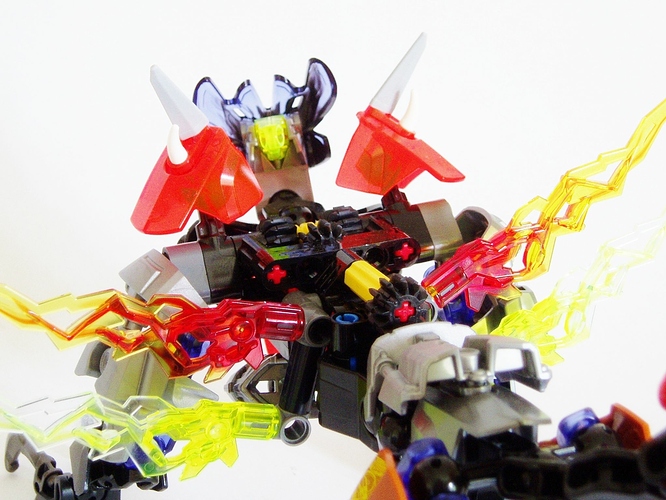 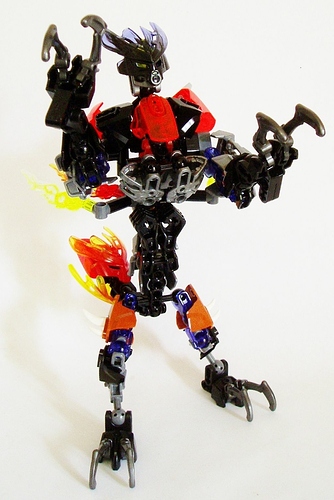 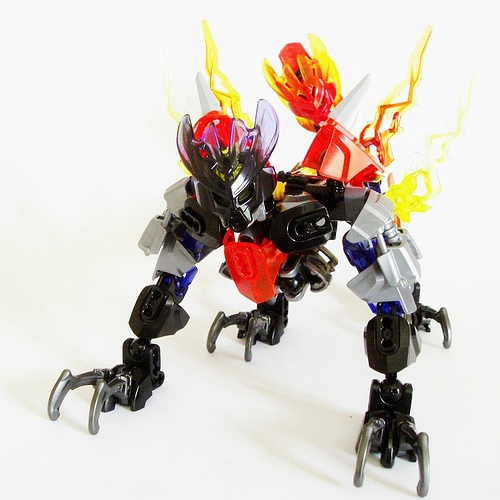 This one is based off a Balor. The chest armour can fold back and reveal the launcher in the chest, which can be fired by turning the gear behind its head. 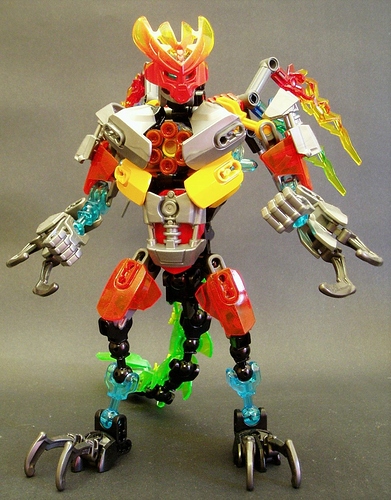 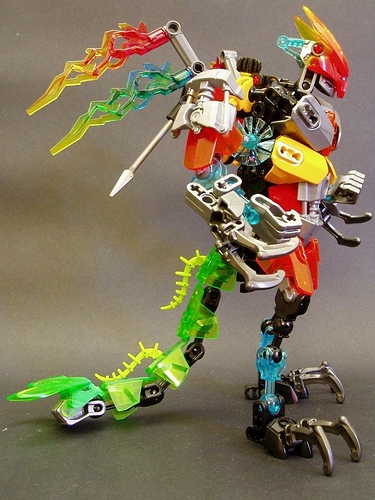 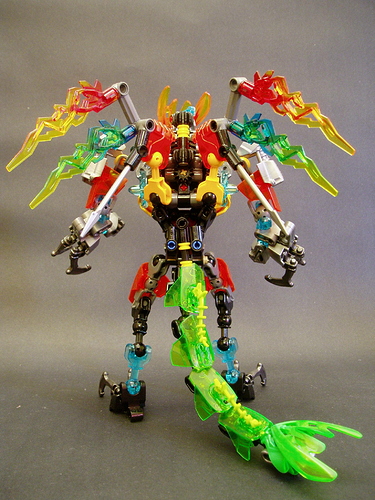 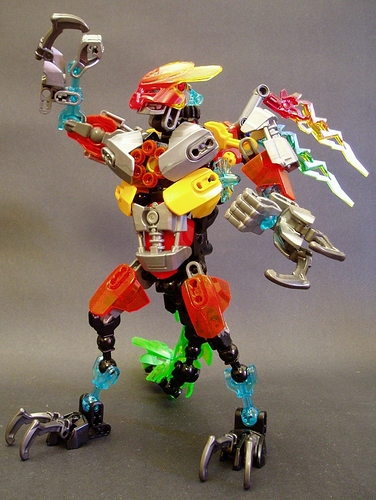 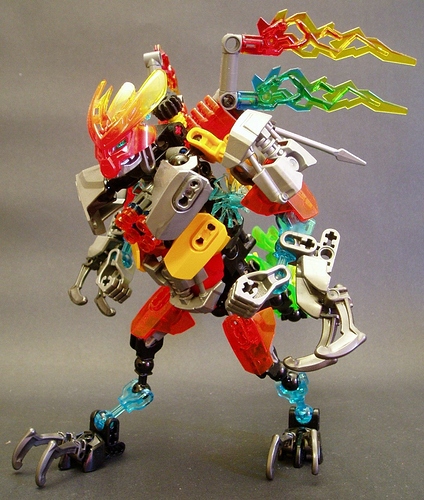 Protector Kaita Koura, Guardian of the Lost Shrine
This one is a combination of Nilkuu, Izotor and Korgot.

Based off a minotaur. This one has a mechanism similar to Bokoga’s that lets it swing its hammer. The hammer came out surprisingly well given this is a combiner! :o 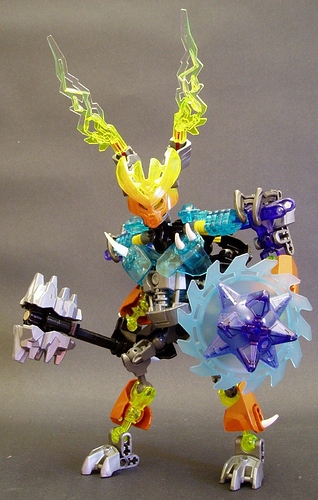 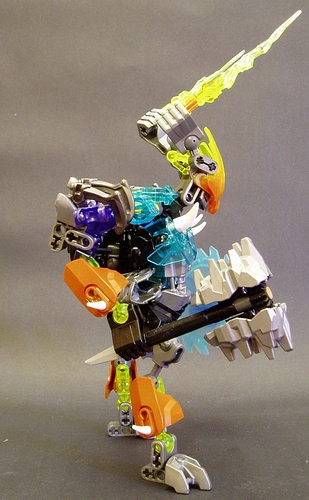 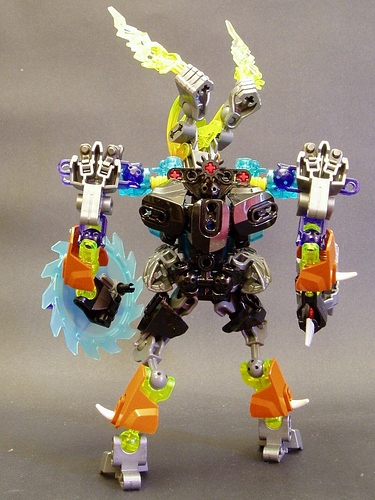 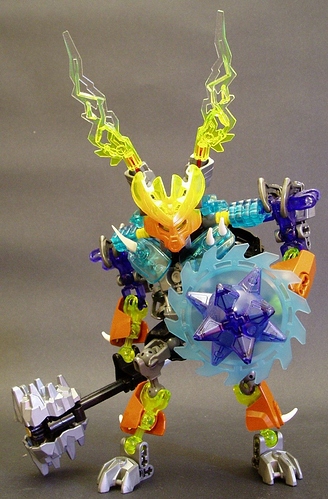 I actually have all the protectors with me here at uni, as well as Skull Warrior, Skull Slicer and Jango Fett, so I can come up with some more set combinations while I’m studying when I have time, though I warn you, the picture quality won’t be great…

Which one’s your favourite?

these are all so cool

pahoro is probably my favorite

These are all incredible. It’s amazing that you were also able to include functions for these.

My favorite is probably Pahoro, though Rupaku comes in a close second.

Given the strongly limited parts, these look nice enough. Perhaps a bit colourful - but that is to be expected of Kaita.

Perhaps I should try combining the Protectors, too, when I have them all …

My favorite is Bokoga, by the way.

I really hope they will start to make official Kaita models again in the future of Bionicle. Not that I used to build the Kaita a lot in the past (ok, except for Kardas), but somehow it was just so satisfying to know: I could build this thing, because I have these figures. The Kaita/other combo models also added to the story - I mean there are just a few G1 combo models that didn’t appear in the story or could have appeared (like Akamai Nuva, for example).
But then Bionicle 2016 already takes a step in that direction.

These are pretty amazing! My favorites gotta be Pahoro.

I like them all! Although maybe they’d be better without the different colors, but that’s not your fault!

All of these are much better than most protector kaitas out there, because you thought of adding gear functions. Creative and cohesive (albeit color-messy but that gets a pass naturally). Lets see how these add up.

Hard to tell if the trans green was intended to be a skirt design but that’s ok. Only complaint are those droopy shoulders, although it’s better when the guns are shown.

Pretty well done, no real complaints since it’s, as you said, a quadruped. There isn’t much to mess up on that type of build. Well, kinda.

No complaints, probably my favorite.

Very nice! now you should make a combo of them all! XD

Not a fan of the arms, but I like the overall look.

This one is interesting. The function looks fun.

This one looks glorious.

Which one’s your favourite?

I rather fancy Rupaku and Koura, so, you can have one Turtle for each

These all look fantastic. If you could provide instructions that would be great as I would really like to build these. Though it is understandable that you didn’t record instructions.

Really brings out their elemental vibes more than their original protector forms; like they’re infused with newfound combined energies.

Wow, this is stunning. I’m amazed at all the variety and creativity, though I suppose I shouldn’t be surprised.

these are all pretty awesome and unique

Got to admit, Kaita Koura is probably my favorite. Captures the minotaur theme very well, and the colors flow surprisingly well.

Really cool. Would never had thought of these myself. 10/10