Hello Mr. Farshtey, I hope you are doing well.

I have a question about the description of Nidhiki’s Air Scythe in “Birth of a Dark Hunter”.

During his fight with Lariska, the text reads: “This time he sent elemental air power from both sides of his tool, bracketing her.”. Is Nidhiki’s Scythe a traditional one with a single blade or a double bladed scythe? 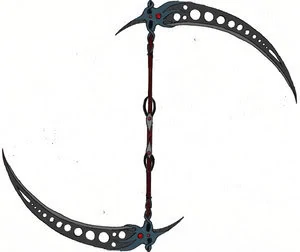 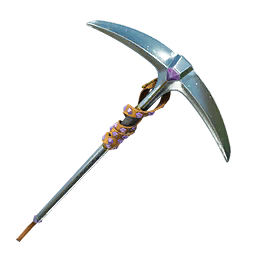 yeah, that’s kinda what i had in mind.

Strictly speaking, there’s no reason he couldn’t channel air out of the butt end of a scythe either

Maybe its something like two blades, one next to the other in a single axle like Teridax’ staff of shadows or two different sized blades placed in different parts of the scythe, similar to Hidan’s scythe from Naruto. 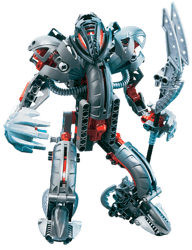 In order to “bracket” Lariska, though, the air would have to come from two opposing directions, so I doubt it would have both blades going the same way. The fact that it says he sent air from both “sides” of his tool rather than “ends” would also imply that the pickaxe design is the most likely.

I do hope we get a Nidhiki canon contest, though I hope the Lariska one happens first. Honestly, if we can only get one more, I hope it’s her, rather than Tuyet.

Uh… I’m quite suspicious of this.

I know this is not a place to write speculation, but.
There is no reason not able to concentrate elemental power at the end of the hilt of the scythe

Well, I’m making Mangai Mocs with double tools, like Lhikan, but they can have a function, like Lhikans, or the other way around, singular tool, but the function splits it and uses both parts.

Why couldn’t it be coming from both sides of the same blade?

As far as we know, he has a Scythe. No details about what kind or how many blades so it is possible it comes from both sides. 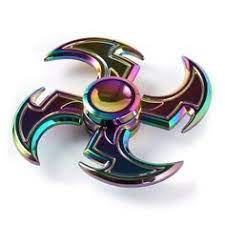 Both sides of the same blade.