First I want to say that I am a noob at X-Man.
Hello everybody! I am here with my attempt to tell you my big theory about Quicksilver from MCU and X-Man like the film theorist.
Who don’t know Quicksilver, Marvel’s equivalent for DC’s Flash? Only hearing his name you can imagine his power: the super speed. Both Quicksilver from Age of Ulltron and Apocalypse have a giant power. A too big one to be described. He is that fast that he can drink a soda at the speed of sound. 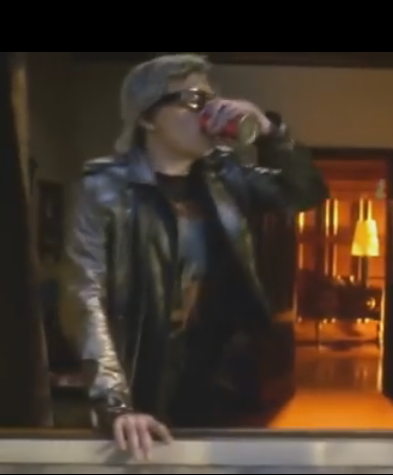 Wait what? To drink soda? At the speed of sound? Where here is my first doubt: his “power” is to run at very big speeds. To drink a soda, you don’t need to run. You need just to move your neck muscles. So if he wanted to drink the soda he needed to stop from running. But he didn’t stopped. He was using his powers. This is impossible because you can’t run and stay in the same time.
So here is my theory: Quicksilver’s mutant power isn’t the high speed, but the TIME CONTROL. I know this subject is already discuss, but I really want to tell my idea.
So, in Apocalypse we saw Quicksilver running at a giant speed, capable to evacuate a big house while it explodes. Pretty cool and such, but there is one thing: we saw that when he take a person, he stop, and then start running again. Like I said before, a person can’t stay and run in the same time. It is impossible, this is where my theory makes sense: he could slow down the time around him, making him capable to do whatever he want. For others, he would run very fast, but actually, they would move very slow, and he would move normally.
Plus, let’s look a little at Scarlet Witch’s powers: she can control the reality. There is a Infinity Stone that control the reality, and that one is red. Scarlet Witch’s magic is red. So if her power is equivalent to a Infinity Stone, her twin brother’s can be too! And, of course, there exist a time stone: the green one. Now, you may think that Quicksilver’s equivalent Stone is the Space Stone, because it is blue, and Quicksilver’s costume is blue, but I think that it is the green one because:

Seems kind of plausible, and would work. Though, it might contradicts a bit with Quicksilver’s actual power of going fast.

Thank you! I will submit it to Film Theorist.

Well, he wouldn’t have to stop running. You can walk and drink a soda, so why can’t you run and drink one? Also I thinks it’s more that he is that fast. His punches his running, everything he does is heightened by
His speed power.

I’m pretty sure his power is to move fast, not run fast. These are different things.

@KingOfCatfish and @Invader_Rose yeah, you are right, but I still believe that my theory may be true.
But hey,
it’s just a theory
A FILM THEORY!
Aaaaaaaaaaaaaaaaaaaaaaaaaand cut!

Wouldn’t it be a book theory? Or Comix theory? I don’t think there is quite enough evidence for a theory, as one or two situations can easily pass as a fluke.

No, I am pretty sure it is a film one.

Mainly due to if there is evidence it’s going to be in the comics rather than movie.

his “power” is to run at very big speeds.

His power is just to be very fast in all aspects of his body, not just running. That’s where this entire theory falls apart, because in film he’s shown to do other things fast with his body. They only show him drinking a soda that fast for a bit of comic relief. When everything is slowed down, it’s supposed to show you how fast he’s actually going so the audience can watch. If we saw this in real life, it would all be a blur.

This is entirely irrelevant to the X-Men films. The X-Men films are in a different universe than the MCU, so this “infinity stone” stuff doesn’t matter.

Are you sure? What is the Infinity Stones exist in the X-Men films, but they aren’t discovered yet?

What is the Infinity Stones exist in the X-Men films, but they aren’t discovered yet.

OK, can you prove to me they exist but have not been found? Because if you can’t, you’re entire theory just debunked itself.

If they aren’t discovered, there doesn’t exist signs of them.

I am the biggest hater of the fact that the 2 universes are separated.

While I dislike the fact that the Fantastic Four and X-Men are still not part of the MCU, it’s honestly for the better. There’s already far too many contradictions between the MCU films and the X-Men universe.

The only thing that make me believe all of them can’t be in the same universe is that on one Earth they can’t be mutants, geniuses with super armor, undead captain from WW2, etc. etc. etc.

There’s also the fact that no mention of the Avengers is ever made, the fact that civilians in that universe hate superhumans in general, as well as the X-Men universe contradicting itself.

But even if the movie isn’t made by Marvel Studios, Deadpool have a link with the Avengers.

Deadpool have a link with the Avengers.

Which Fox had no right to do in their movie. The MCU isn’t connected to the X-Men universe, period.