Hey, I’m back again. And this time with slightly less atrocious lighting conditions! Surprised I completed the task before the deadline?

This is my self moc, it’s previous form was more of a bush. This time it’s an actual toa!

So moving swiftly along to the bio. Rehlak is a toa of air, who happens to also be a vegetable man. He travels the world using his powers of wind and speed. Wielding his Staff of Hovering, he is able to reach heights most cannot. He also enjoys collecting and selling masks he finds through his journeys. He dawns a shield carved from the annihilated remains of a priceless artifact, it is pristine and used to protect himself (metaphorically speaking) from the outside world. 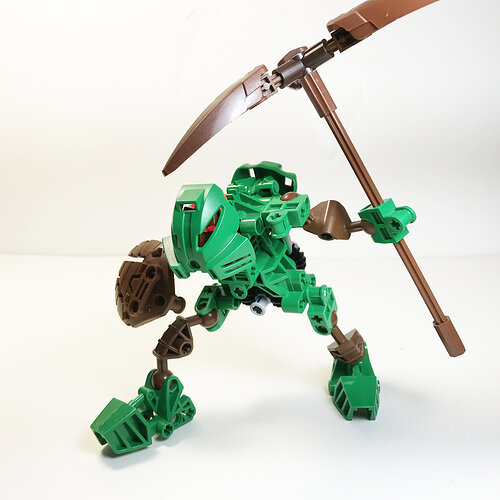 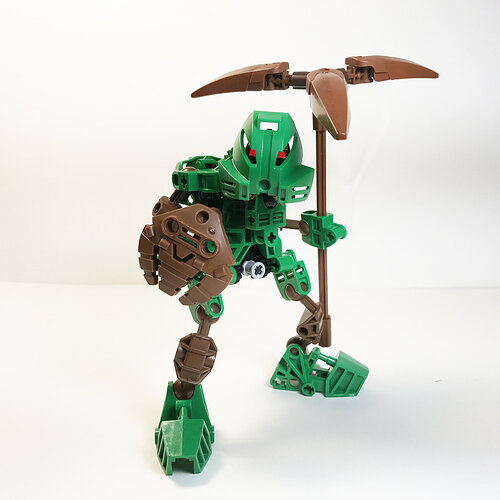 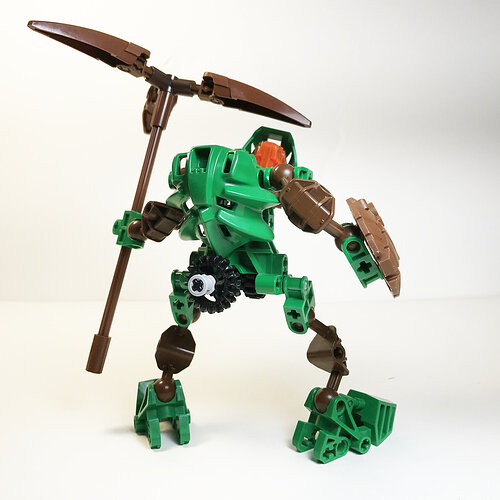 He is very dynamic, and able to strike a wide variety of poses. He also features two arms, and two legs. As well as a gear box that allows him to run at great speeds. 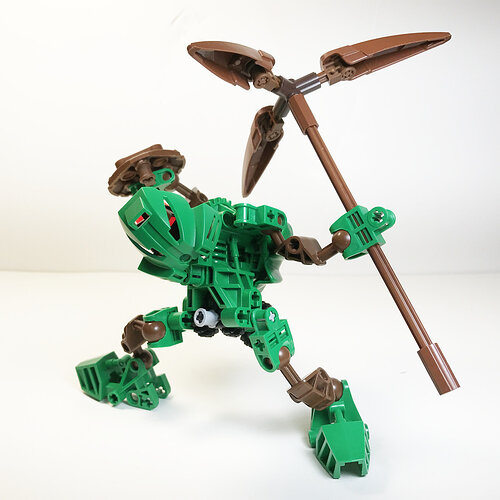 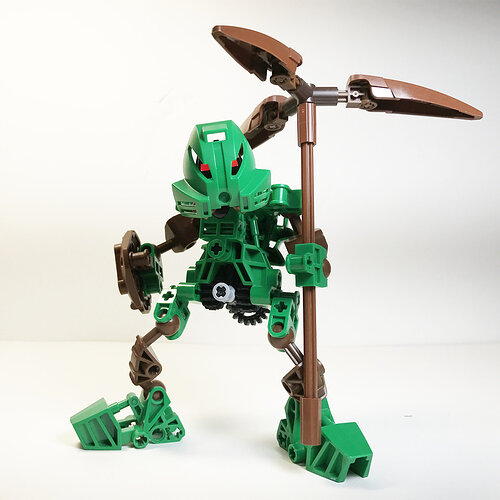 He’s green and brown, which I believe is the color of plants. He also sports a backpack, which allows him to store extra masks on his back. 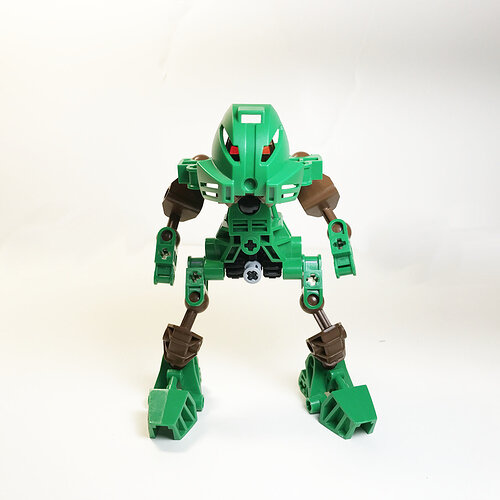 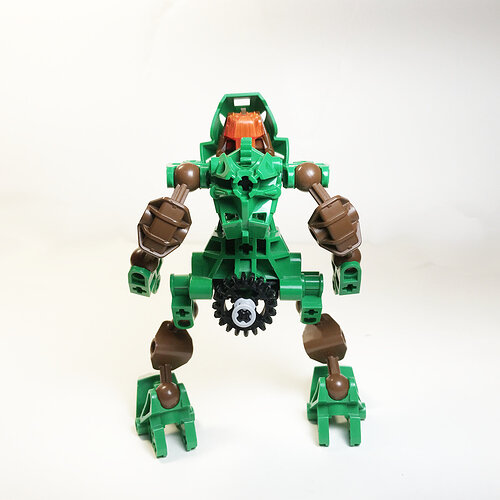 Here he is, dawning one of his extra masks. The Miru Nuva, which increases the powers of his Staff of Hovering. 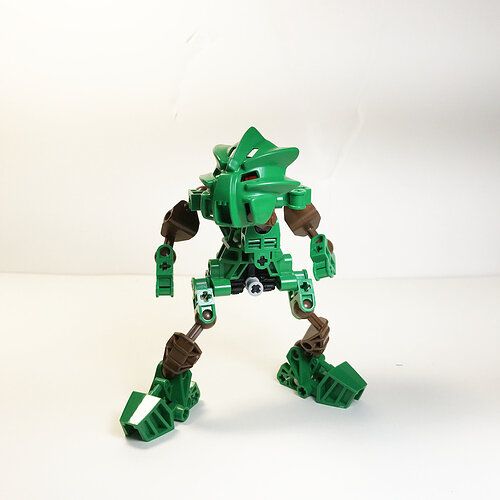 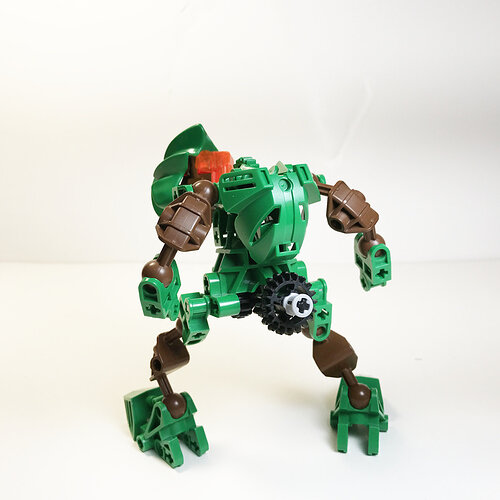 Here’s a picture of him hangin’ with his best bud. 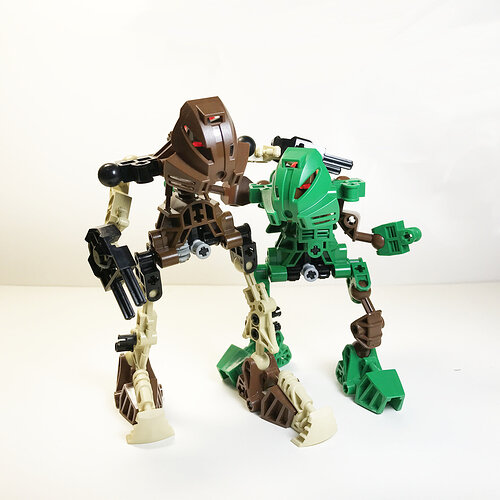 Now I think this is better. still looks like a toa mata too much for me, looks like a Bohroko-toa mata actually,it’s ok, and interesting thing with changing the masks

He’s so much more than just a smaller, greener, Pohatu…

Still a little basic, but I love it! He carries a lot of personality (unlike a certain Toa of Ice from 2001), and has some cool highlights, like the maskpack and propeller pitchfork.

Also, that video made me cry.

Really screams of classic Bionicle charm. I never find mocs like that, so bravo! Hmm, maybe this will get a Holhii Kohlii Award.

It gives off the charm and feel of an older set but doing something new with the old Toa design. Nice.

I love this color scheme!!!

Is that the same green as Lewa? It almost looks like teal. Regardless, I love the color scheme and mata style build, good stuff.

Aww, look at him with Pohatu, he’s such a sweet little boi

But seriously though man, I love this stuff. Kinda refreshing to see something more classic and charmingly simple like this compared to all the giant, triple-digits-pieced bricks which rival bayformers in their greeblyness in the bonkle MOC community and some others that just plain look bad for other reasons.

Not to say there aren’t happy mediums between this and the other, I’m just trying to say I like this, okay?