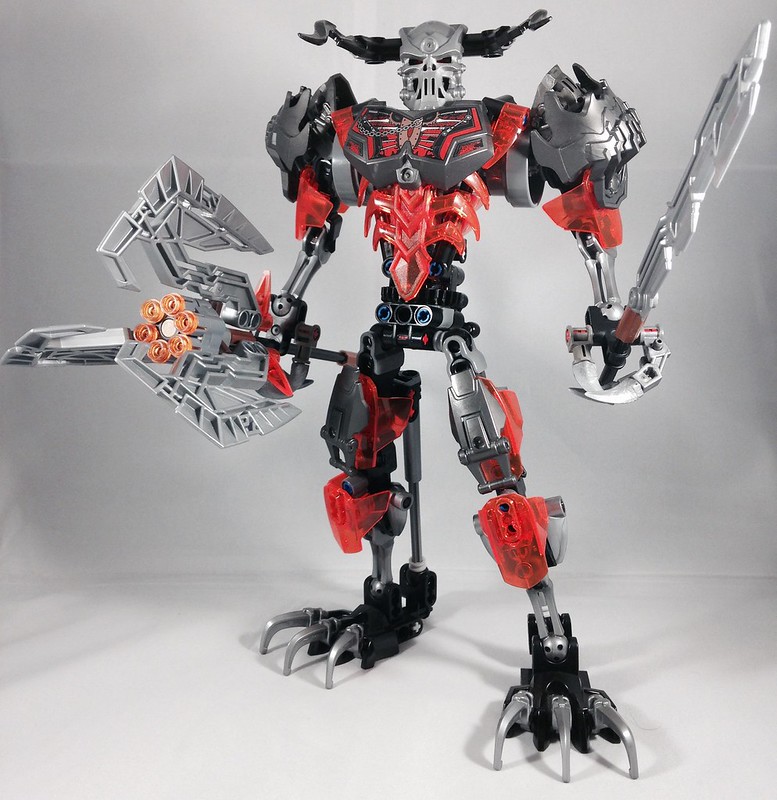 Skull Grinder is the dark creator and lord of the Skull Army. Commanding the minions’ every move, Skull Grinder wields unimaginable power. His heavy, jagged blades will smash anyone who is foolish enough to stand in his way. It is likely that even the heroic Toa will need some kind of help to stand a chance against the grim and vicious Skull Grinder.

This is a more titan-sized revamp of last year’s main Bionicle villain, Kulta. He uses my TW2 gearbox, alongside a standard 2015 gearbox. The stud shooter in his weapon is fired by spinning the largest bladed head, which can also be separated from the smaller end to form the two weapons he had in his official set appearance. 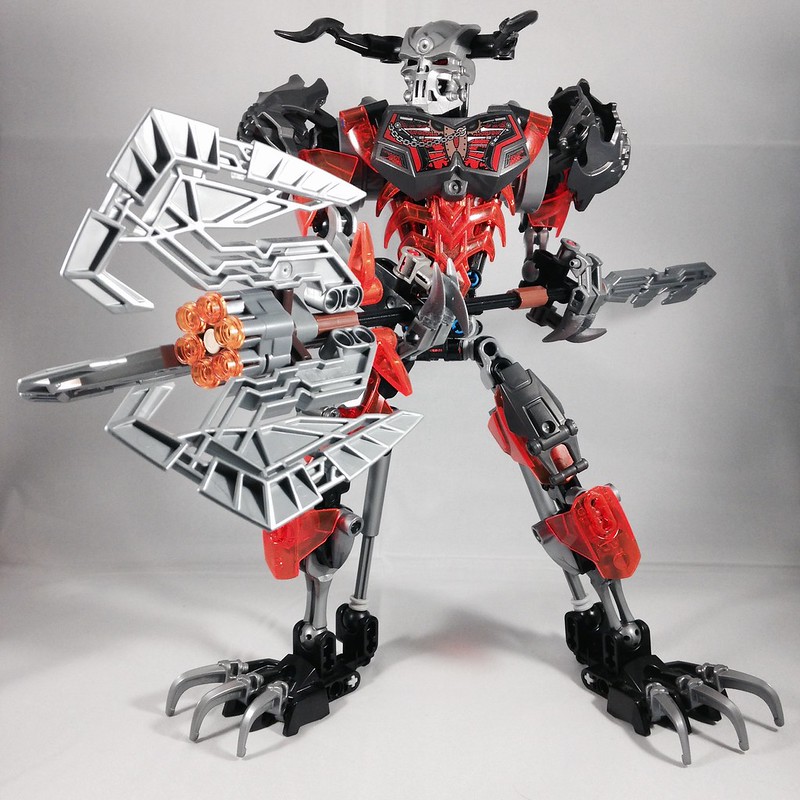 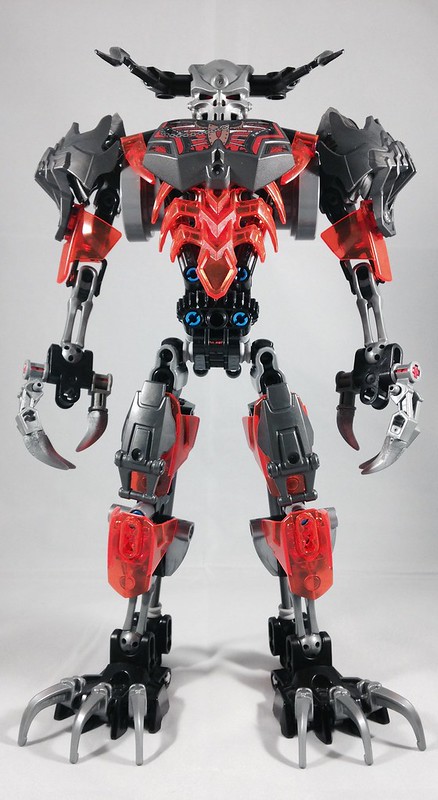 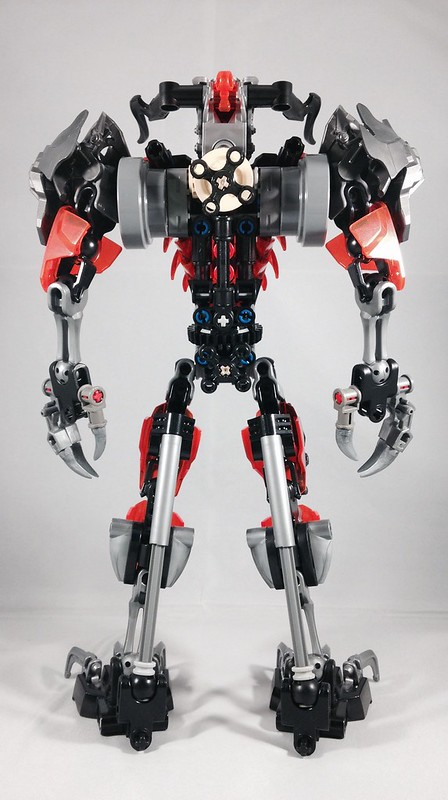 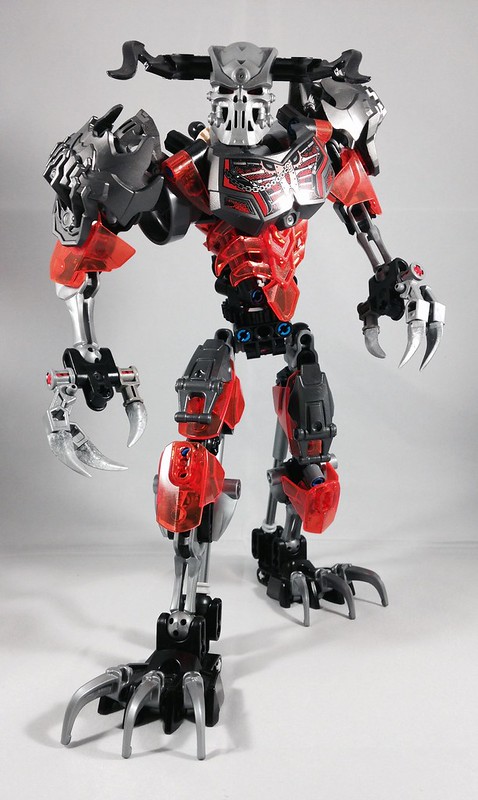 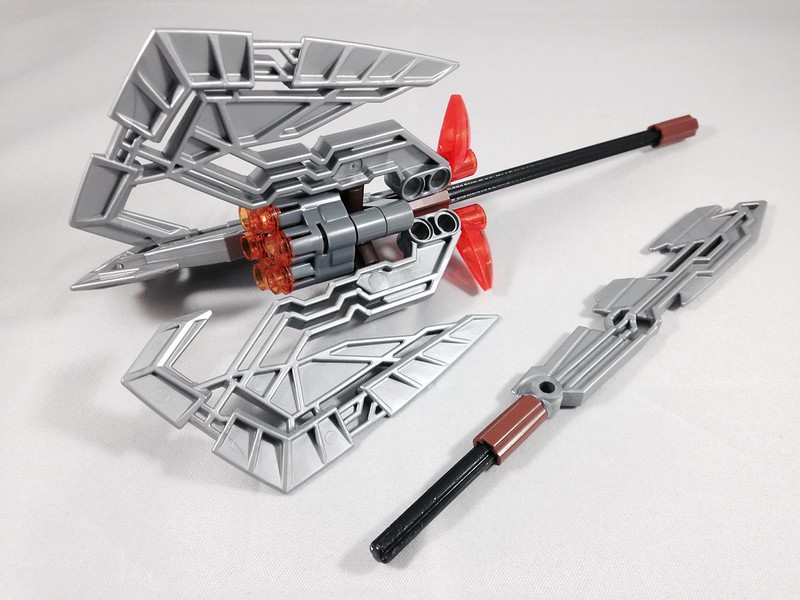 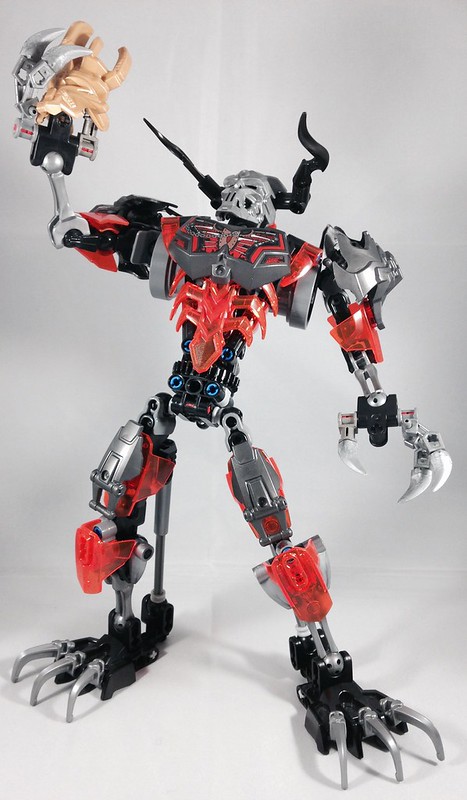 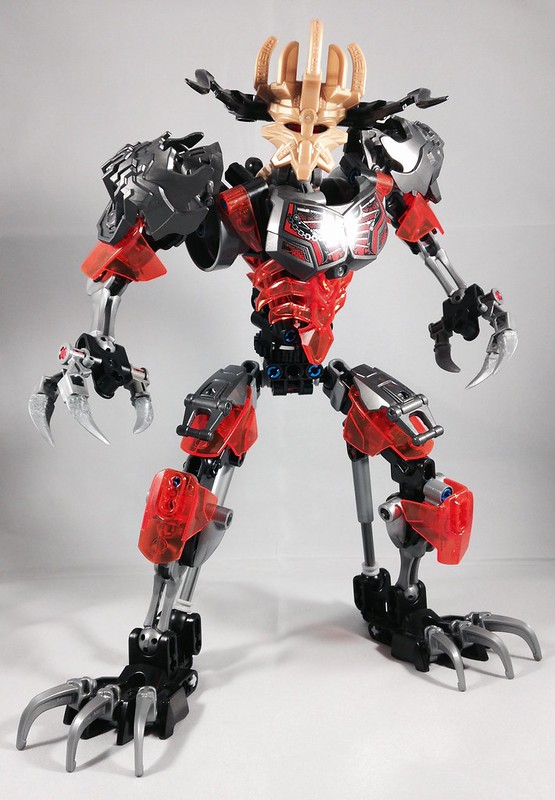 Pose, looming in the Mask of Creation 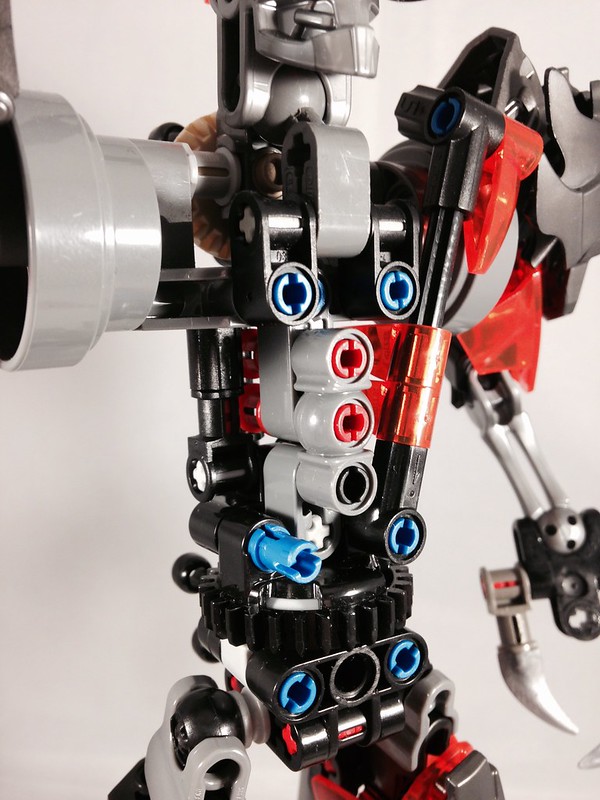 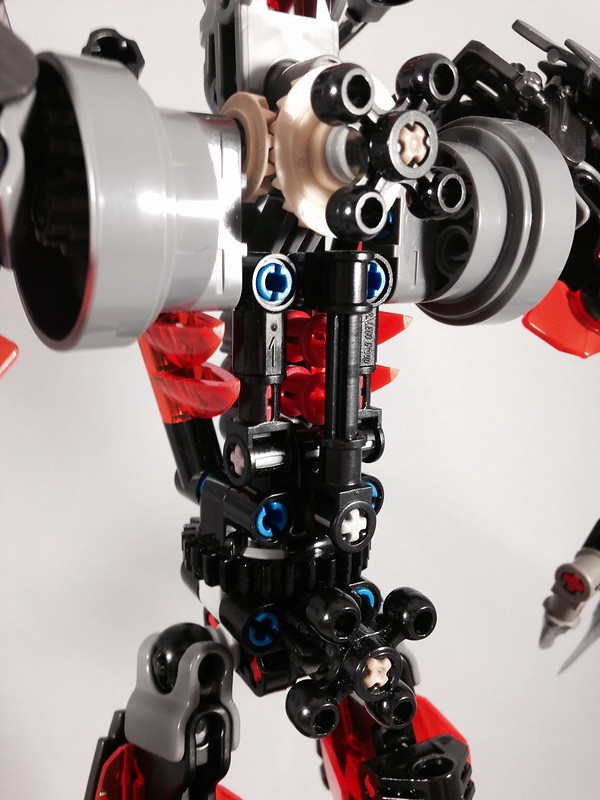 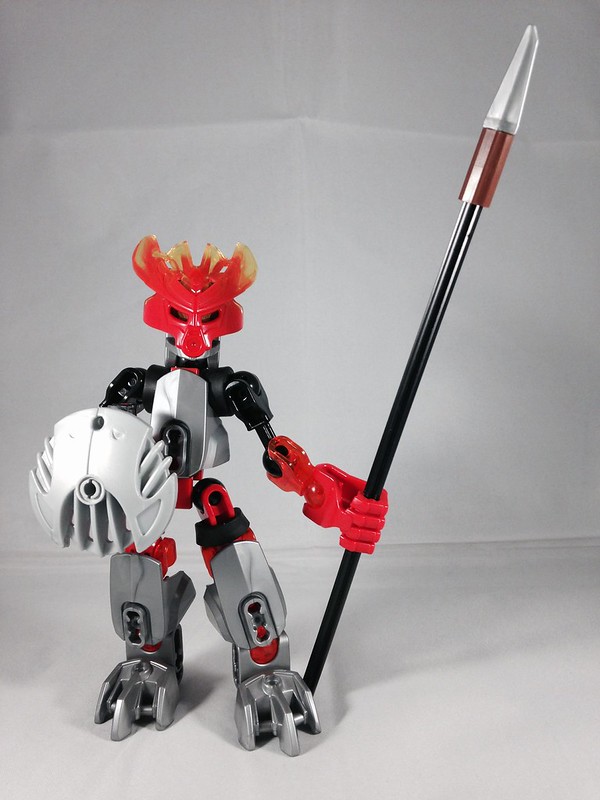 She wants to be her village’s guard when she grows up. 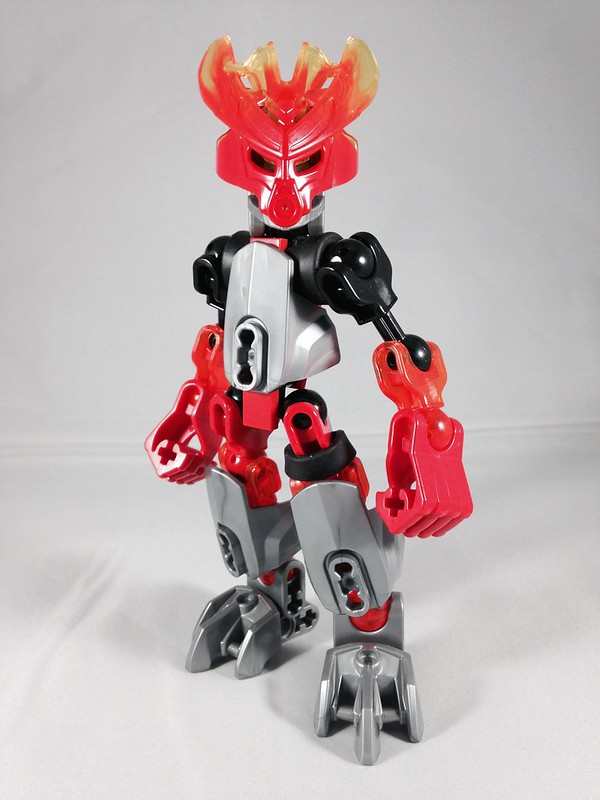 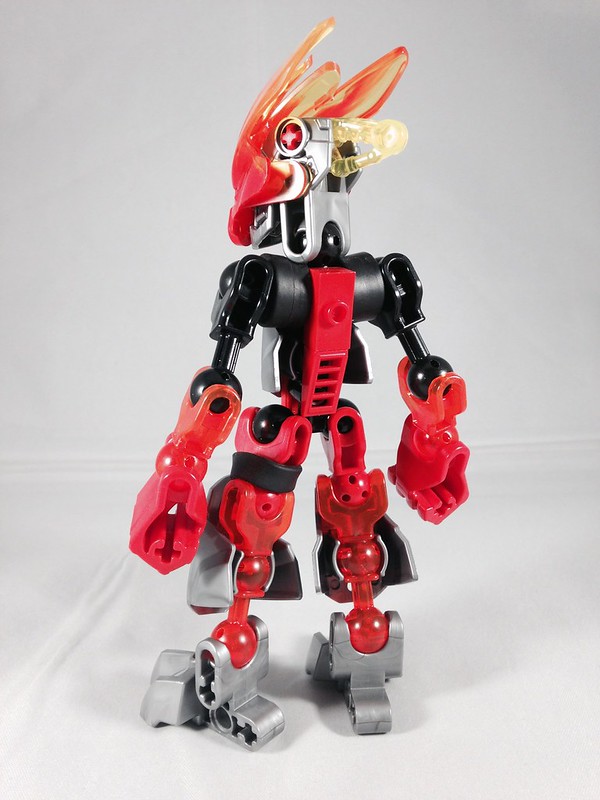 Thanks! That’s the part I’m most pleased with

Thank you! That little band is just an accessory she wears. Maybe she keeps things in it?

Hey i saw this on the piece out group on faebook NICES!

This is really amazing. I love the pistons on his legs.

I never thought of putting a stud shooter there.

This is a great revamp of Kulta, he really does look all the more menacing.

I saw this on flickr yesterday I believe, pretty awesome

Holy crap, this is amazing! Definitely the best looking one I’ve seen, and the closest to the set!

Really nice looking! Oh and, just curious, how tall is he compared to Tahu?

this is pretty awesome, I like how he still manages to look skeletal

Nice revamp, but why is Fire Girl spoiler tagged?

You’re one of the few people to “revamp” this guy and retain his skeletal aesthetic- and yet you still manage to implement an entirely new gearbox(which is exceedingly cool, BTW).

Seeing as Kulta is currently my favorite official Bionicle villain, I love this, a great moc for an awesome skeleton.

Thanks for all your comments guys

why is Fire Girl spoiler tagged?

Because she’s an extra surprise

one of the best revamps I’ve seen in a while. the legs and torso look fantastic!