Roak: the Shunned, final member of the toa outcast team

Roak, was a fire matoran that was transformed by a shadow leech in final days of the battle against the great oppressors’, Makuta Teridax. after his defeat Roak wondered the now black desolate universe coming into contact with a Nui stone, which was a source of light for him. This contact thus freed him from the shadows plague him mind and transformed him into a new toa of fire, but with the mutations still intact. His unique circumstances allow him minor control over shadow giving his flames a purple appearance. Though he is a toa his appearance causes many to recoil and shun him on Bara Magna. 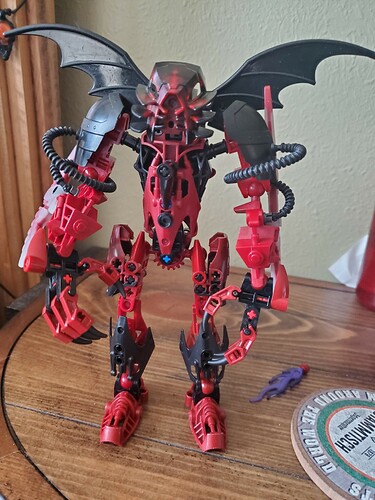 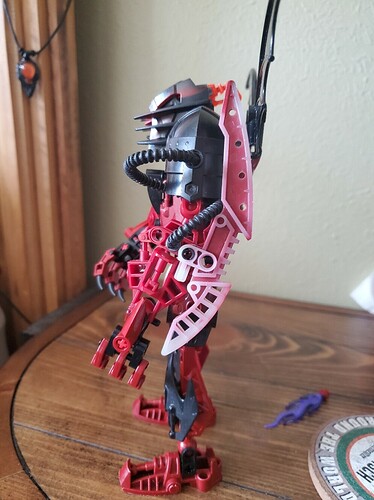 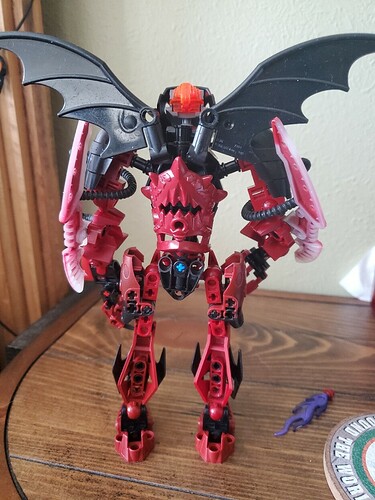 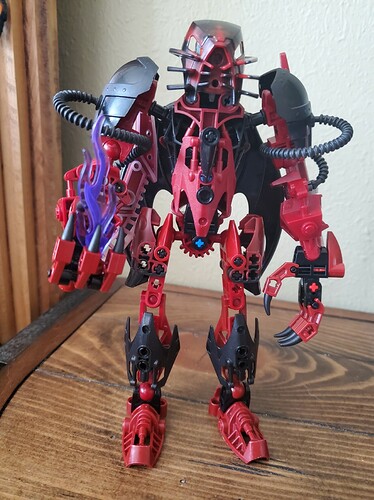 Comments critics welcome, may still build a weapon. Im so so on the legs.

Cool moc. I like the weapons, plus the color scheme is nice.

I like the use of parts and colors. The only things I would change would be to replace the Metru Feet with either Hakann’ s red Piraka Feet or the feet used on Vultraz. An secondary weapon like a spear or a sword could be cool to see too. Nice work

You can never go wrong with black and dark red for a colour scheme, cool moc