This is the first Bionicle Fan-Fic I’ve put any real effort into. I only have 2 chapters done, and if anyone likes it I will continue. 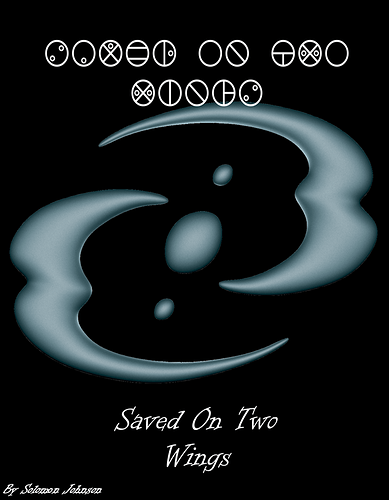 A Matoran walked out of the doors of a factory, with pulsing red light pouring from the factory’s maw, lighting up the night in the small alley. The Matoran’s gold and blue armor identified her as a Ce-Matoran, a Matoran of Psionics. A male voice called out from the factory, “Efari! Be sure to be here on time tomorrow!” Efari turned and replied, “Of Course!” Then she turned away and continued down the street. Efari had a lot on her mind. Within the past few days the island of Xia had been overrun with Nui-Rama, and the nests had been causing serious problems. The mosquito-like rahi and their nests were large, and often clogged up the factory smokestacks. Their weight also caused buildings to collapse in some spots. If Efari hadn’t been so deep in thought, she would have heard the tell-tale buzz that indicated the presence of a Nui-Rama. From the black of the night, an orange Nui-Rama swept down from the midnight sky and grabbed Efari in its claws. She struggled in its grip, but to no avail. So, she slumped in its claws and waited for it to take her where it would.

The Nui-Rama dropped her on the roof of a skyscraper on the abandoned side of the city. She landed on her back with a loud thud. She attempted to sit up, only to have her arms give out and land on her back again. She turned on her side and propped herself up on one arm. She then struggled to her feet. Just as soon as stood up, the Nui-Rama flew out from behind her and knocked her flat on her face. “ugh, I am clearly not going anywhere.” She thought to herself, “but if I don’t do something, I’ll be bug food.” She lay there for several seconds. “maybe if crawl to the edge I can find a way off, or maybe call to someone on the street,” she thought, but she knew it was hopeless. The building was over thirty stories tall, and this side of the city had been abandoned since the Nui-Rama had invaded. “I guess all I can do is not to make myself an easy meal,” she said, resigning herself to her fate. Next thing she knew, the Nui-Rama had snatched her up and took her over to another side of the roof. It dropped her into a nest, made of thousands of strands of silk-like fiber. She sat up and saw a large pile of white blobs. She got on hands and knees and crawled over to the blobs to get a better look at them. She picked one up and quickly threw it down in disgust. “They’re eggs!” She thought, panicked. She stood up and turned to run, only to see the Nui-Rama guarding the entrance. She then heard a wet squelching sound. She turned to face the eggs, horrified. One of them was wiggling. Panicked, she scrambled to the opposite wall of the nest. She wanted to put as much distance between her and the eggs as possible. She then heard a furious buzzing, and the clang of metal striking protosteel. She looked to the entrance to see the Nui-Rama gone. She took this opportunity to bolt to the opening in the wall of the nest. Just as the she reached the opening, she saw that there was no ground outside of it, but she couldn’t stop, and her momentum carried he rover the edge. As she fell, she screamed, plummeting towards the ground. The ground seemed to be approaching quickly, yet slowly at the same time. The long fall gave Efari plenty of time to think about the fate that awaited her. Would it hurt? Or would it so quick that she wouldn’t notice? Would she splat? Or would she stay intact? She looked upwards and saw a large figure zooming towards her at high speeds. Panic began to fill her mind. The figure speed closer. “Did he fall too?” she wondered. The figure was close now, so close that she could see the Hau on it’s face. It stretched out it’s arms and grabbed her, and she fainted as it pulled her into its embrace.

Chapter 3
Efari opened her eyes slowly. She sat up, and a horrible headache racked her head. She clutched her head. When the pain had passed, she looked up and saw a tall black figure, on one knee, tending a fire. The light from the fire made ominous lines on the figures face, turning the usually comforting shape of the great Hau into a monstrous looking mutilation. She was in a forest, with the Mountain in the far background. By her guess, she was on the far side of the Xia, away from the factories. The figure looked towards her. His eyes were filled with concern, and relief. “Good, your awake.” He said, with a smooth baritone voice. “Here, eat this.” He handed her a stick with pieces of roasted meat on it. “Wha-what kind of meat is this?” Efari asked timidly, cautiously taking the stick. “Kraata” The stranger replied, like he ate them every day. “What!” Efari exclaimed, and she threw the meat onto the ground. “What are you trying to do? Infect me?” She asked, anger in her voice. “It’s fine” He replied, his deep, smooth voice calming her, “It’s not dangerous when dead and cooked. Eat. You need your strength.” The Stranger picked up the stick, brushed the dirt off, and handed it back to her. Efari took it from him, and gingerly took a bite. The flavor that exploded in her mouth was unbelievable, and the texture was so tender it melted in her mouth. She began to put as much into her mouth as she could, enjoying every bit. “Good?” The stranger asked. Efari moaned with pleasure in response, grease dribbling down the gold and blue surface of her mask. When she had finished licking her fingers, she began to feel drowsy. “Now you need to go to sleep. You’ve had a busy day.” The stranger told her, an odd green and black aura around him. “But, I have so many questions! I’m not tired! Who are you? Why are you here? How did you save me?” Efari protested. “My name is Thelktar, there will be time for questions in the morning.” The stranger countered, and the strange aura grew stronger. Her drowsiness grew to the point where she could barely stay sitting upright. “But! But!’ she stammered and then she fell into a deep sleep.