I think we can all agree that Ketar’s not a very great set for anyone looking for more than a parts pack… unless one wants a challenge. The set’s not very popular; my local Wal-Mart had something like 30 poor, unloved Ketars sitting on the shelves that all the other 2016 sets were practically flying off of. So, feeling sorry for them and with an afternoon to spare, I decided to pick up two to see if the parts from two bad Ketars could be combined to make one good Ketar.


Meet Ketar. He’s happy to finally receive some love. Or angry that everyone hates him. I can’t tell.

In revamping Ketar, I wanted to:


Top view. Honestly, the two Vorox armor pieces were one of the very few ways in which I ended up needing parts from both Ketars.

In the end, I used a few more pieces than just the Ketar sets would provide (two hordika necks, a few small technic brackets and beams, and some ball joints) but I think the result looks a lot better. I didn’t try to revamp him to the point of creating a larger tail with a function or to add pincers, since I think Ketar’s design was focused on the blades being his primary weapons over the tail. Hence, my Ketar’s tail is small and really can’t do a whole lot besides adding to the scorpion aesthetic, while the blades are the focus of both the appearance and the function.


Side view. Most of the ‘extra’ pieces I used over Ketar’s standard supply ended up going into the body.

The main issue I had with the original set was the body, which due to the exposed function looked very crappy from pretty much every angle. Creating a function on the scale that the creatures use isn’t that difficult, but packaging it nicely was a real challenge, especially since the Vorox armor does not play nicely at all with the ‘Piece of Unification’ construction-wise. In standard poses, therefore, I instead hid the function under his head. My Ketar has almost no neck and therefore very limited head articulation, a reference to how real scorpions don’t have a moving head either.


The ‘Nyran’ shot, or as close as it gets for something that isn’t humanoid in shape. Ketar’s tail is pretty tiny and is there purely for aesthetic reasons; it does not hook up to the function at all.

As far as the colors go, I actually don’t find them particularly bothersome. The single dark tan piece on standard Ketar is a bit mystifying, but add a second one and they give a nice illusion of a sand-colored carapace. Pity the head isn’t a dark tan/trans lime green blend, as that really would complete the aesthetic nicely. Though I didn’t really intend to, I did end up removing almost all traces of burnt orange; the only exception being one Glatorian neck left over to which the tail attaches.


Ketar wants to give someone a hug… or just show off the build of its abdomen. The function gearbox is more visible here, as well as the ‘Piece of Unification,’ which was a real pain to fit in conjunction with the Vorox armor on the back.

Since the torso build still includes the ‘Piece of Unification’ and both of its pin holes are clear, my Ketar is still technically capable of uniting with 2016 Pohatu. However, I don’t own a Pohatu (or any of the other uniters) and since my Ketar doesn’t have the original’s long neck, his head can’t function as a hat anymore, making the uniter forme even more pointless than with the original. Really, the only way in which I see it being worthwhile is if Ketar had a large, meaningful tail function, so he could use his stinger to kind of cover Pohatu’s back, but even then, it’s kind of silly. If you’re going to unite with a creature and you want it to look good, make sure to find one with wings or a fish tail.

As for the gear function: 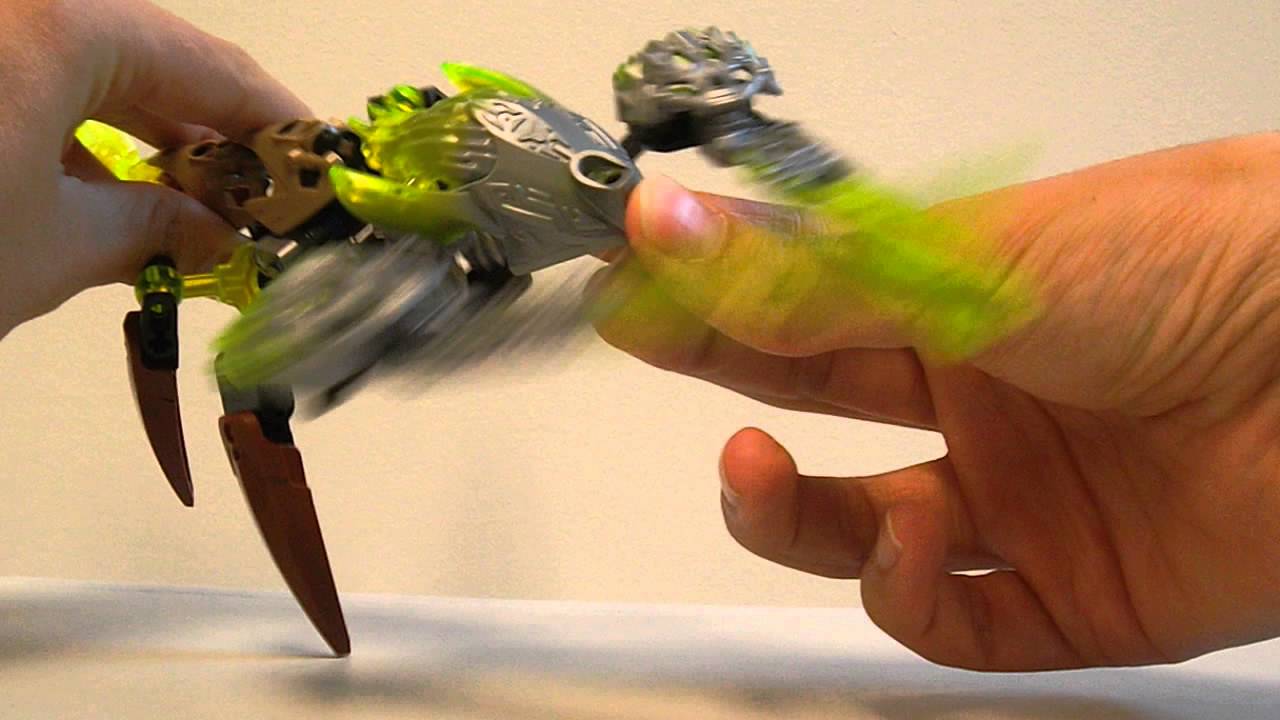 Ketar can now do a kind of dual stab/scissor strike with its swords, which I think is pretty cool. Usually, I grab the head from above and slide it forwards or backwards, rather than pulling on the ‘beak,’ but since I don’t have a real camera setup I couldn’t make that work easily on video. The function also includes enough friction to easily hold whatever position I leave it in, though I have to be careful when I actually try to pose the arms or blades.

So, what do you think?

This is what we should’ve got with Ketar. Congrats on making an improvement over an actual set!

I’m happy that you cared enough about Ketar to by two sets just to revamp him! Glad that there’s still love for the despised scorpion going around! The aesthetic and the function is amazing. It’s a shame that you weren’t able to elongate the head enough to allow it to go over Pohatu head, otherwise it would’ve been perfect

It’s a shame that you weren’t able to elongate the head enough to allow it to go over Pohatu head, otherwise it would’ve been perfect

Actually, I just realized there probably is a way, and it would change the function to ‘press his head down’ instead of ‘pull his head forward’ for the scissor strike. I’d just change the angle at which the lever that his head hooks up to is mounted. It would leave a somewhat ugly gap, though…

Glad that there’s still love for the despised scorpion going around!

I do seem to revamp all the G2 scorpion sets…

To be fair, I’m sure it’s very difficult to create a proper scorpion with function within the piece budget that Lego’s designers get, given how many features scorpions have.

i MAY HAVE TO BUY TWO KETAR’S NOW JUST SO I CAN BUILD THIS. What’s my problem with caps today.
here your GIF.

Still a better tail design than the official one!

(or Lava Beast’s lower leg for that matter).

(or Lava Beast’s lower leg for that matter).

Why are the fans more creative than paid designers? Why?

Love the new function, but I kinda wish it was activated when the tail/back armor could activate it.

Because fans have a large amount of feedback to improve their designs, designers have to come up with their designs from scratch with no feedback from the actual fan base until it’s already out.

Love the new function, but I kinda wish it was activated when the tail/back armor could activate it.

Actually tried that, but I couldn’t find a nice way to connect the head around the function if when I had to try and run the function through the torso.

Also, on the creativity front, the designers have a lot of limitations to work with as far as set price and piece count goes, as well as the functions they’re expected to incorporate. I technically ditched the head-as-a-hat part of the uniting function in order to get a gear function working while still retaining a solid aesthetic, for example.

While I personally don’t mind the set all to much, I like that you retained certain aspects from the official set, such as the blades. I also find the function here a lot better executed than said official see.

This is actually really cute! I didn’t think Ketar could actually be adorable!

A well-covered function with a consistent color scheme- great work!

Ketar is one of my favorite sets.

Looks like a big improvement over the original Ketar!

my opinion probably isn’t worth anything.

I think this is the best gif of all.