Hi, I usually never interact with any community and rarely post things online, but I wanted to share this MOC I made recently. 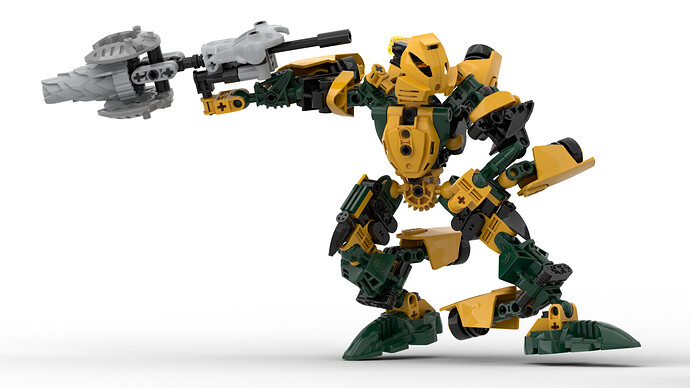 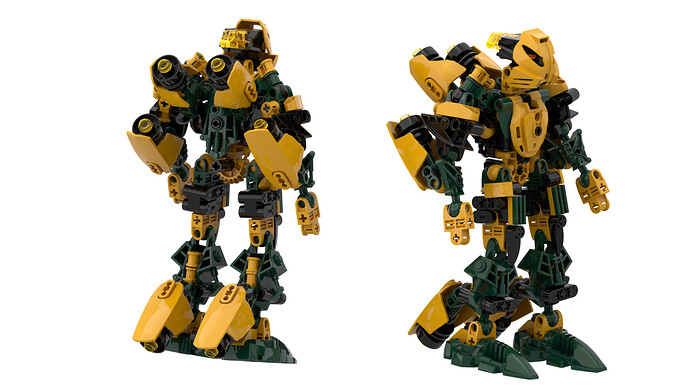 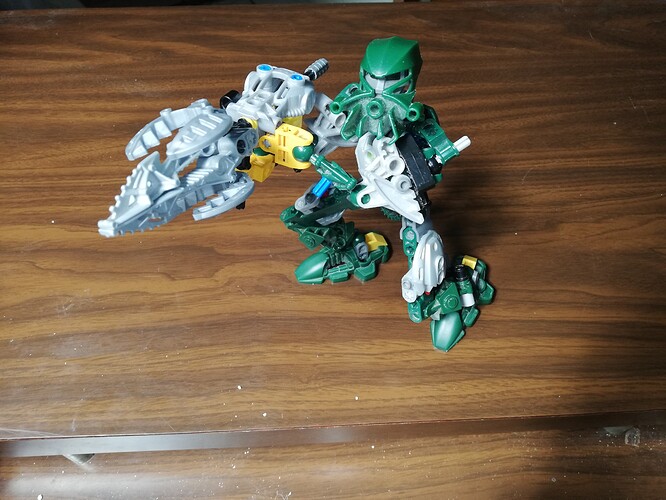 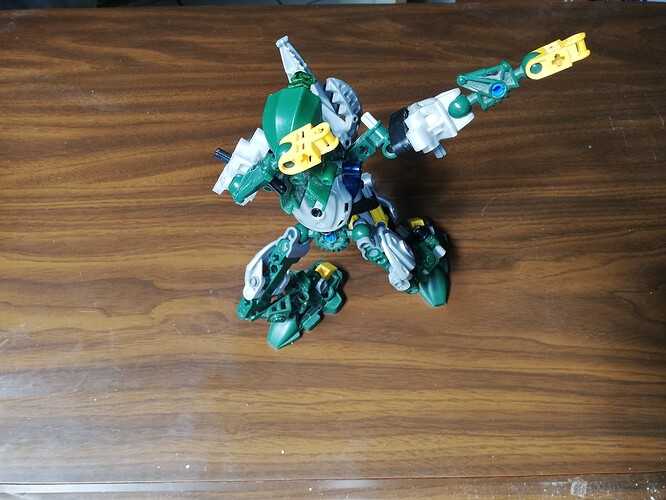 This is my self MOC Dekio. Toa of… idk, what is yellow and green in the matoran universe? a toa of air that mains yellow? (I see keetorange as a type of yellow). He’s a laid back Toa that likes to mess around with his friends and end battles quickly.
Main weapon: drilling buster, it’s supposed to use Pohatu Phantoka’s blades, but I couldn’t find them in stud.io. It can spin rapidly to pierce through opponents and obstacles. The user can channel their energy and shoot a powerful piercing blast of energy, both hands are needed to hold back the recoil.
Hexa-boosters: these extensions in the arms, legs, and back can be used to accelerate, hover, stabilize in the air, and give explosive speed boosts to punches and kicks.

He is part of the Toa Yetra, tasked to protect the core of an island (Yetra Nui maybe). Everything was fine until an army of powerful Makuta-like robots was sent to attack the island. When things were looking bad, the 3 remaining Turaga sacrificed themselves to forge special materials for the Toa to use.
Two of them refused to use the materials at first, one of them lost hope, and the other 3 crafted special upgrades for the team. The upgrades are:

Oh, welcome to the boards
The Moc is pretty cool. I really like the colours.

This is my self MOC Dekio. Toa of… idk, what is yellow and green in the matoran universe? a toa of air that mains yellow?

We’ve never seen a Toa of Air (or Le-Matoran, for that matter) with yellow, but the colour scheme for Air has never been explicitly laid out, so it’s not impossible. That’s probably your best bet if you want to stay around canon colour coordination (which I like).

Or you could say he’s a Toa of Light who’s altered his colours.

EDIT: Actually, we have seen a Le-Matoran with some yellow (kind of): Piruk has some Trans Neon Green Bohrok eyes in his torso.

As for the build itself, I like it. The whole thing looks solid, but my favourite part is the repeating booster design.

Ooh this moc looks pretty cool. I like the color scheme, the keetorange + metru green is really nice, the lore is good, and the boosters are cool. Overall a pretty solid moc, very nice job!

Also, welcome to the boards!

love the jet engines on his back!

ah welcome
this looks great - very unique use of yellow!