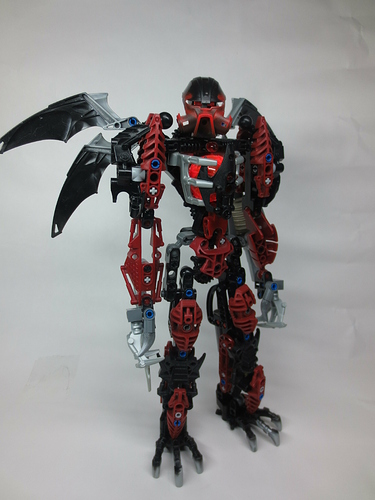 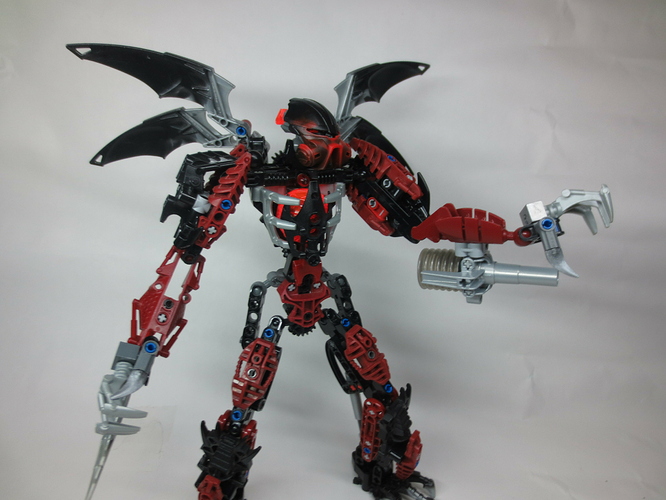 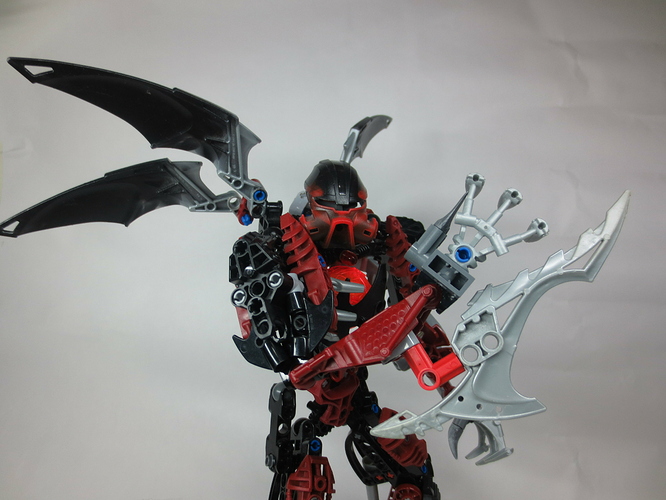 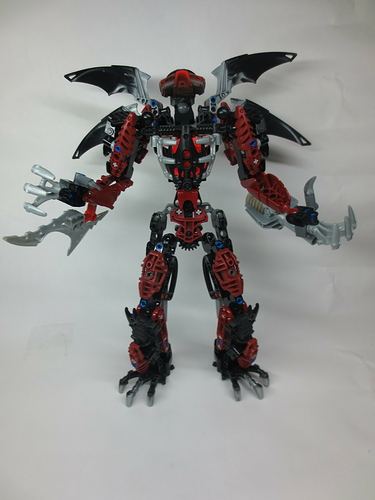 This is another one of my old mocs, one of my oldest, actually. He was first built back in 2008 and featured on my original YouTube channel. This is his current form which I built sometime in early 2016 (I think). I had initially built this guy to be a constant adversary, an arch nemesis to Takyva. Back when my storyline (My Bionicle Storyline) was really rough and lacked direction, one thing remained consistent: Takyva would lead the Toa, and Shadios would lead the Makuta. As the years passed and my storyline became more refined, this guy would come to adopt a lesser role of only being the leader of the bad guys from the first third of the first arc of my storyline.

I like the way you designed the shadow kraata area.

Very nice, looks like it could be set quality. Great job.

very cool. Looks like how i would imagine how a toa of shadow would look.

Yeah, this version reminded me a little of Makuta Icarax.

I’m gonna do a short review on this.

I think you wanted to say TOA-Kuta of Fear.

why use mistika blasters??