Well, this is a special occasion for me, because while digging around in my piles of parts, including a bucket I hadn’t even opened in years, I came across an old pal of mine I hadn’t seen in a while, and I’d actually forgotten about him. So, I happily show off my very first system-based MOC, SKUG. (Sorry for the low camera quality, it’s just a temporary issue) 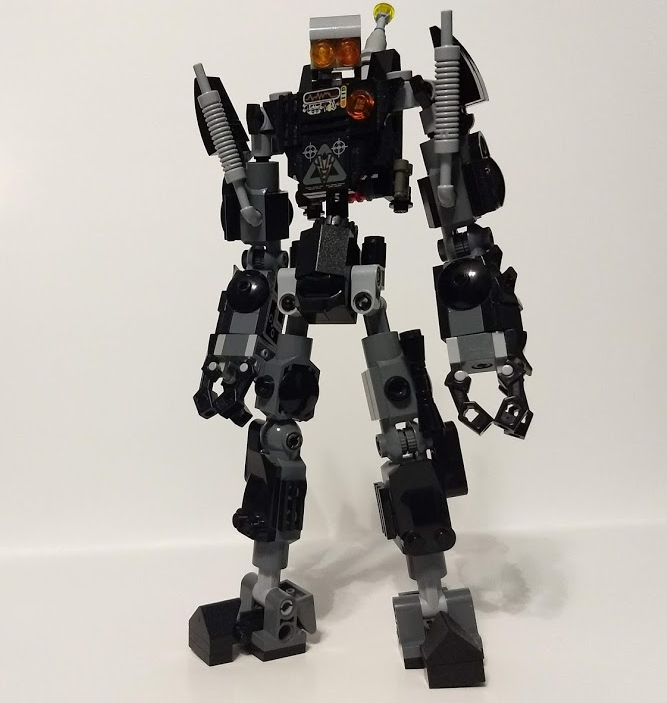 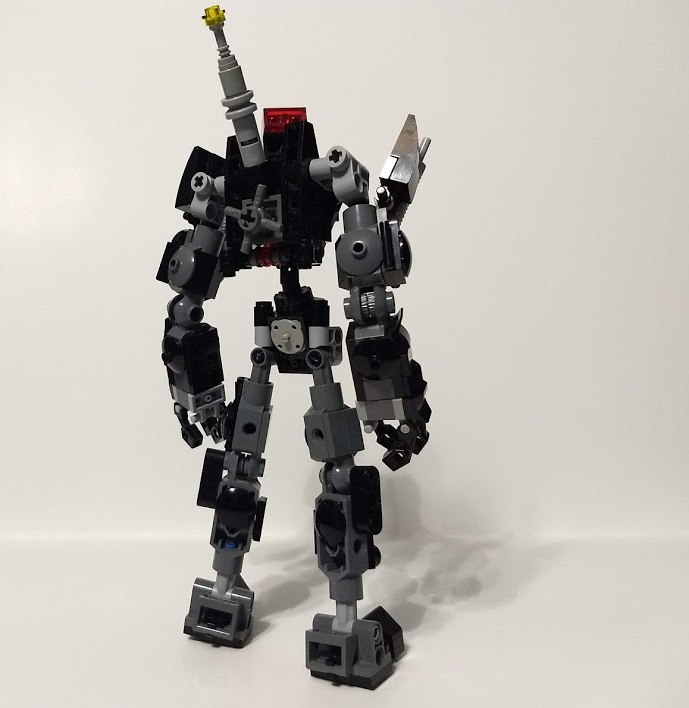 The only parts on him I added after all this time were the 1x1 round plates, and the exhaust pipes on his upper arms. I put those on shortly before the photo shoot since they felt like they belonged. I don’t remember much about him from when I built him except for a very small bit of backstory I gave him. The most I remember is that he was a drone made for weapons testing, and for mass assault, or at least a prototype of that design. Everything was going well for a while, but after multiple tests with the design he has now, he sort of in short decided “Nah” and just went off to do his own thing, and because he was pretty much a weapon they couldn’t exactly do much to prevent him without heavy risk.

Other than that, the inspiration I used to make him was the fact I’d never seen anyone build using the large ratchet joints connected in the way I have them here, horizontal connections face-to-face, and wanted to try that.

I ended up almost finishing him after putting him off for a long while (I’m really bad about that) And eventually I came across a song on YouTube made by some person named “Kitsune2” called “Skuggin’ Around” and I immediately liked the chiptune-y aesthetic. I couldn’t help but feel the song fit him pretty well, and very quickly adopted the name SKUG to him from the song. There’s another song by the same artist called Parousia I liked as well, and sort of adopted that as the song for when he goes into a sort of high-combat offensive mode. 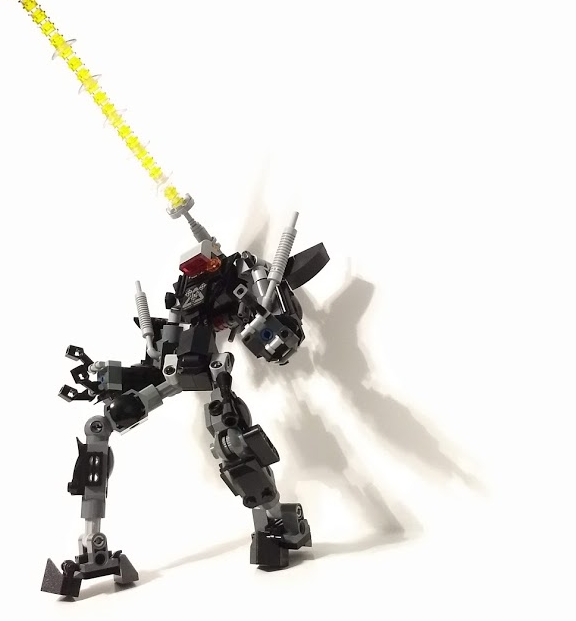 Thank you very much, I was worried I might have gone a bit overboard, but glad it seemingly wasn’t too much.

It fires the laser well.