Small things that bothered you about Bionicle movies

This probably has to do once again with Krekka’s prototype model. We do not have very good pictures of it, but it can be seen in this promo poster: 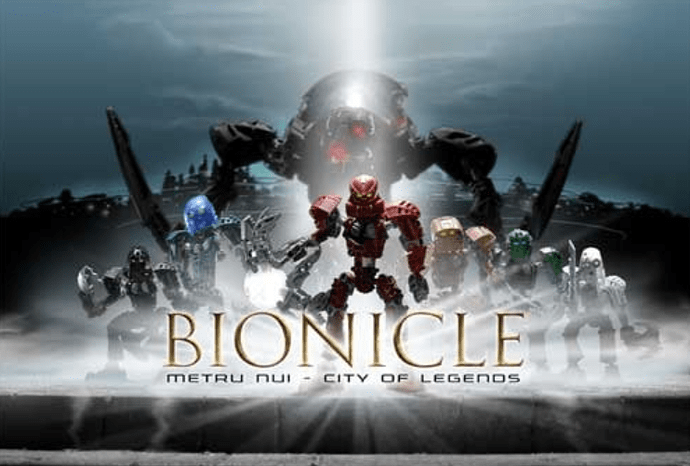 Ok, it’s time for me to unveil the thing that bothered me the MOST out of all the movies. It caomes from the MoL and it is sort of a mixture of bad continuity and nonsensical physics.

During the attack on Ta-Koro, two Ta-Matoran are hiding in what seems to be an alcove or a Kohlii stick closet: 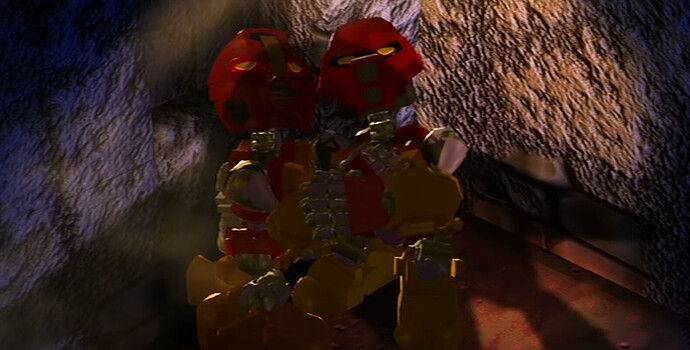 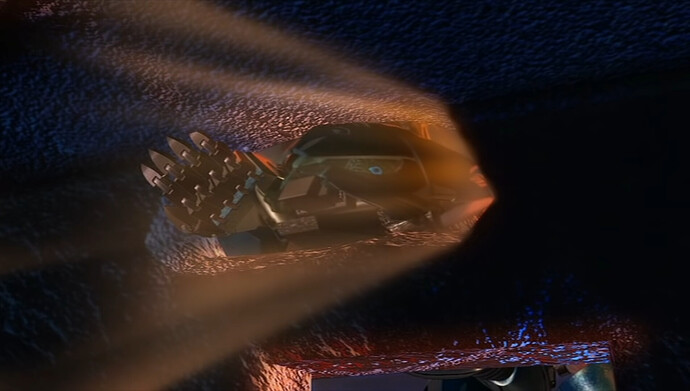 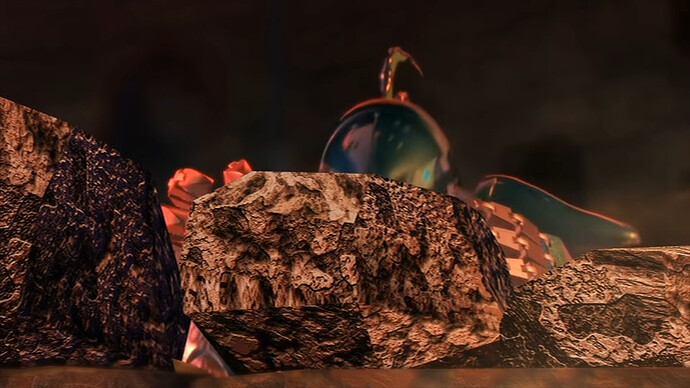 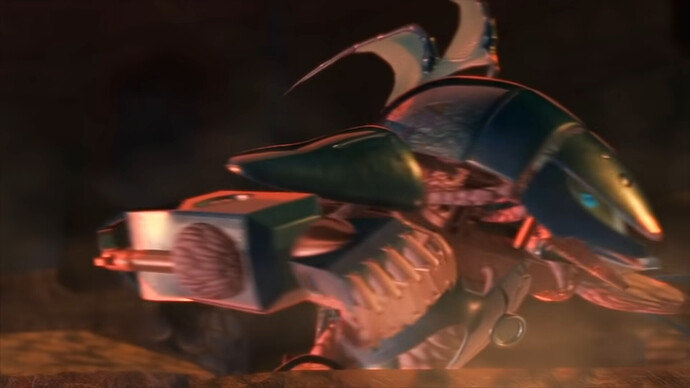 But wait, what is that? He is throwing away the last three chunks of stone making up the upper portion of the “exit”, but what are they resting on? If you think about it they are just floating there because nothing should be beneath them (it is the upper portion of the exit after all). But if you look even closer you will notice that the stones are resting on what seems to be a random bar of glitchy texture, which then dissapears as soon as the stones are removed. But logically there couldn’t have been anything there because Guurahk was just about to strike the Matoran which was the whole reason he dismantled all that was blocking his path.
This is the number 1(silly) bothersome thing in the movies and I found it bizzare ever since this movie came out in 2003.
Was it really necessary to sacrifice spatial logic and continuity of two shots going right after each other, just to make a scene of Guurahk removing some stones? How about actually showing him using his disintegration power for the FIRST time in the movie?!
He is the only Rahkshi who doesn’t use his powers even once…

This probably has to do once again with Krekka’s prototype model. We do not have very good pictures of it, but it can be seen in this promo poster:

This is an extremely common misconception. That figure in the back is not Krekka, but instead a prototype Vahki, which is why the arms are symmetrical. It’s the prototype version of this poster: 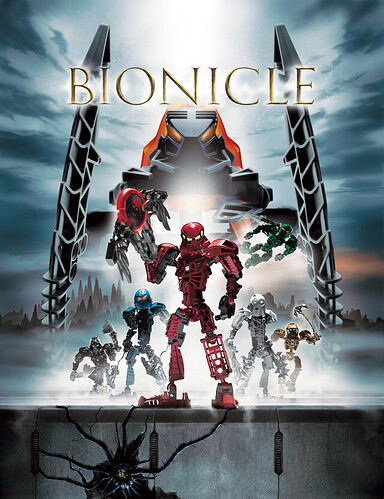 I know which poster it preceeded, but maybe Vahki was not there from the beginning. Also Greg said it was supposed to be Krekka and it does look like his movie version. Then again Greg could have been mistaken.

I just can’t see why it would be Krekka. He’s not a particularly significant character at all. Greg says that he “believes it was supposed to be Krekka” which is hardly concrete evidence. I think a Vahki makes much more sense here, especially considering the final poster.

Of course, I could be wrong, but I think it seems far more logical for it to be a Vahki.

As a side note, this isn’t just something I’ve come up with, I definitely did hear it somewhere, and I remember the source was reputable. It’s been years since I last heard about it though, and I can’t really remember where. I’ll see if I can look into it.

I just can’t see why it would be Krekka.

He seems to be more titan-scaled than a canister set, has similar proportions to Krekka, has the same mata arms as Krekka, and has the same mechanical circular red eyes

He seems to be more titan-scaled than a canister set,

That’s often the case with these very early kitbashed prototypes. Just look at the Toa Hordika: 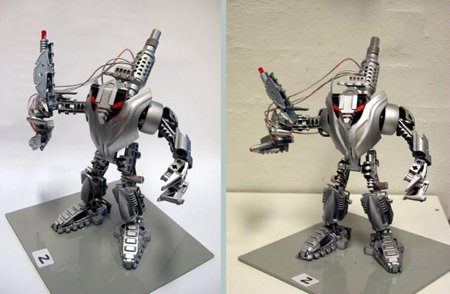 The Krekka/Vahki thing is so different from anything we actually got that it’s hard to tell what any of it is supposed to be. It appears to have a Bohrok head plate on its back and cut up Rahkshi shoulders.

Notice the shoulders of that Krekka? prototype are the same as the Krekka in LoMM. It also has the red circular asymmetric eyes.

The hordika model also seems to be much earlier in development. It has very little resemblance to any 2005 set, let alone the Hordika

Perhaps this prototype was a “common ancestor” and inspired the designs of both krekka and the vahki? Or maybe it was originally the vahki design before they began to modify it to be Krekka?

Not to mention there is this:

Oh my gosh someone finally put it into words.

Flesh mask with its own gangrene