You have seen MATRIARCH and Beta, but I have several other Spheroid and Byte MOCs that do not feature so much in the Tempesta Caelestis Storyline.

Spheroids are a species I wrote that predate Tempesta Caelestis by a couple of years. Though they form part of that universe, they have also appeared in other stuff and generally stand alone as their own thing.

Designed to be abstract and alien, Spheroids are cybernetic creatures with telekinetic powers and the ability to communicate with each other through both sound and electromagnetic radiatiation. They have no limbs and no features, though their spherical surface is able to display incredibly complex patterns and images like a screen. They can eject neural cables from a pore on their surface in order to integrate with machinery. Most Spheroids have a robotic body they have created themselves, though some, like MATRIARCH, have rigs built along industry specifications. They always feature a two-fingered, two-thumbed hand on one side and some kind of tool on the other.

Spheroids were created by an unknown alien race to be servants. After their creators disappeared, Spheroids remained with an urge to serve others, much like the golems from the late Sir Terry Pratchett’s Discworld series.

They also have three genders, much like the aliens from Isaac Asimov’s The Gods Themselves.

They are characterised by synth sounds and soft electronic music that forms their “song”. 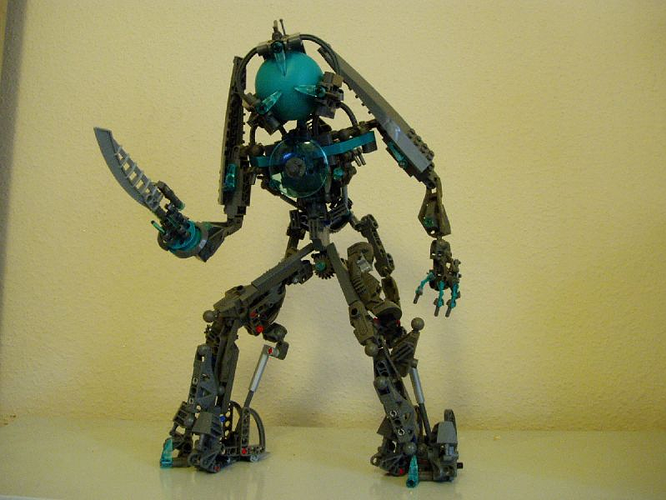 The first Spheroid MOC of mine, Epsilon, was made in 2009 and tied into Yuri Fassio’s ArcheoGenis mythos. The idea was that the alien biological material that went into his mechs was also used to the create the Spheroids by a separate, alien creator race. 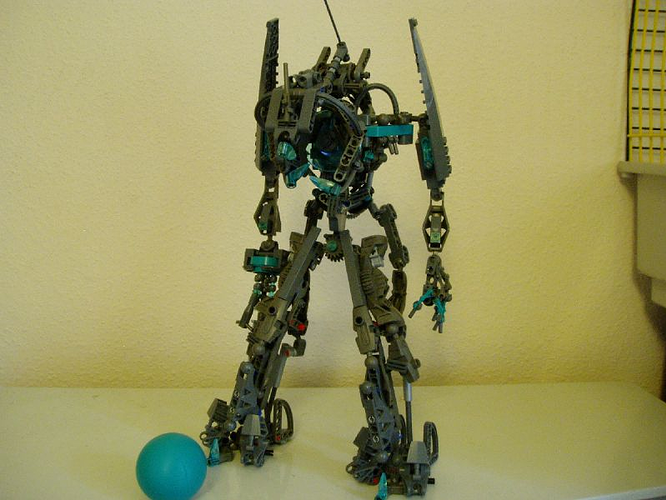 In its original appearance, Epsilon turns up in Greece for unknown reasons and behaves eratically, before finding an ArcheoGenis base and greeting the bio-mechs within as its “brothers”. I was 15 at the time and my writing wasn’t the greatest, but I had been trying to emulate the style of presentation used for the Mysterions, a series of MOCs that was popular at the time. 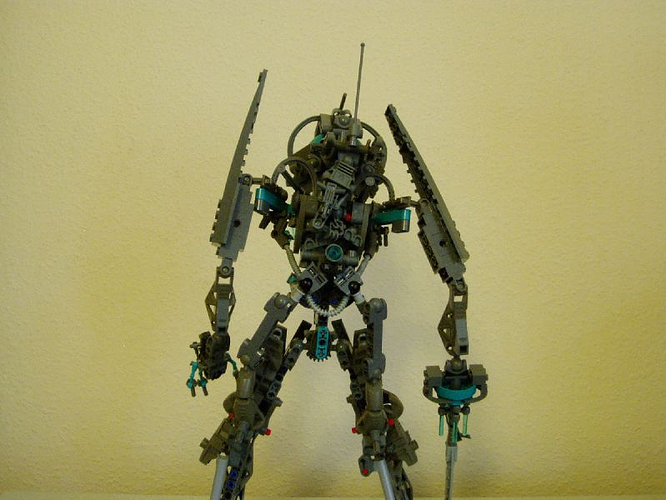 Xirrith was created in 2010 for a roleplay group I was in. That RP gradually evolved into the Tempesta Caelestis storyline, and Xirrith evolved into Beta. 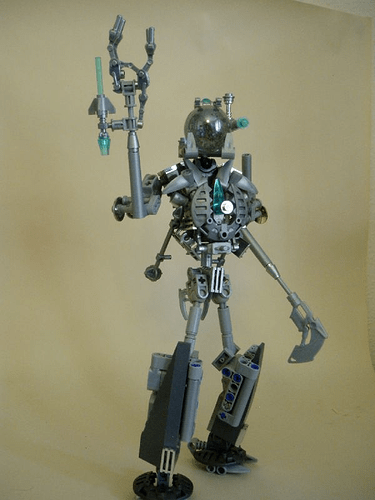 He used a glass marble as his head and was crammed with as many chrome and painted silver pieces as I could find. Not especially stable, especially with the weight of the big alley in his head. 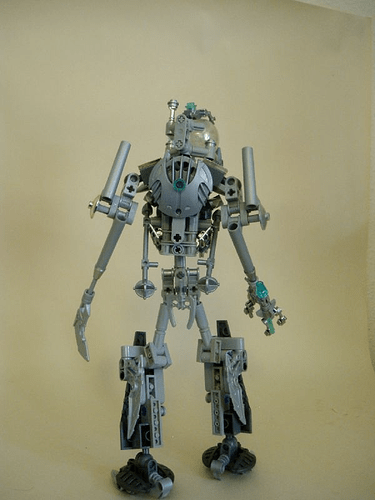 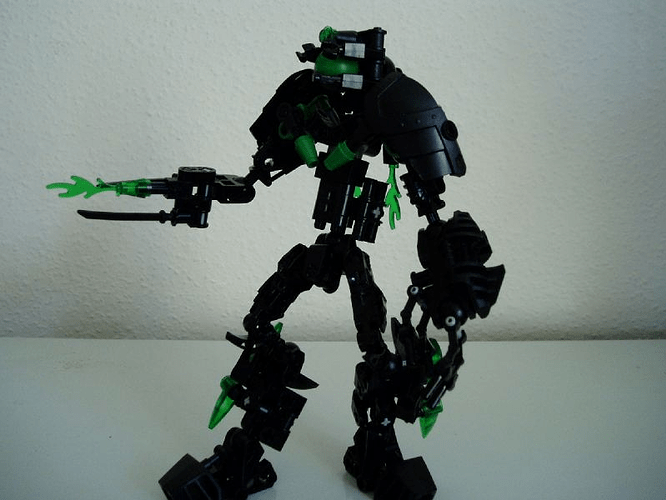 Aaziih is the first Spheroid to use an actual zamor sphere as a head. He actually is canon to Tempesta Caelestis, being a mine worker in the same asteroid MATRIARCH is, and is probably one of her children. 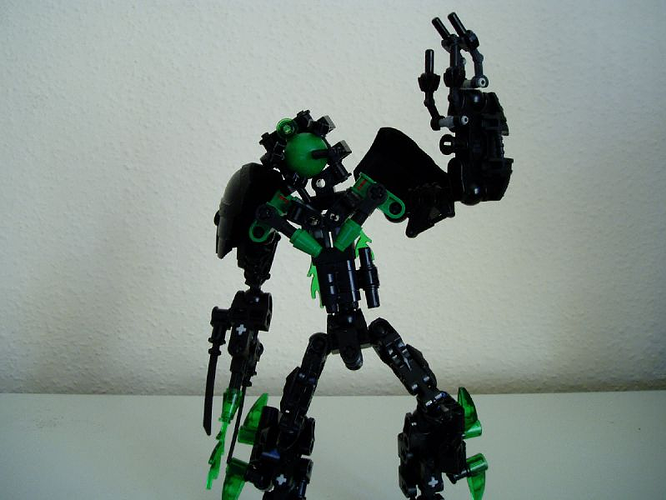 Aaziih’s tool sprays out a mixture of chemicals that convert toxins in the air in the mine into a gel that falls to the ground. 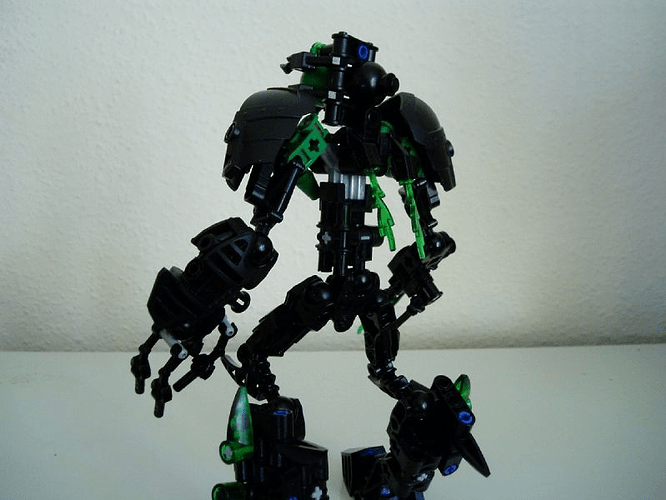 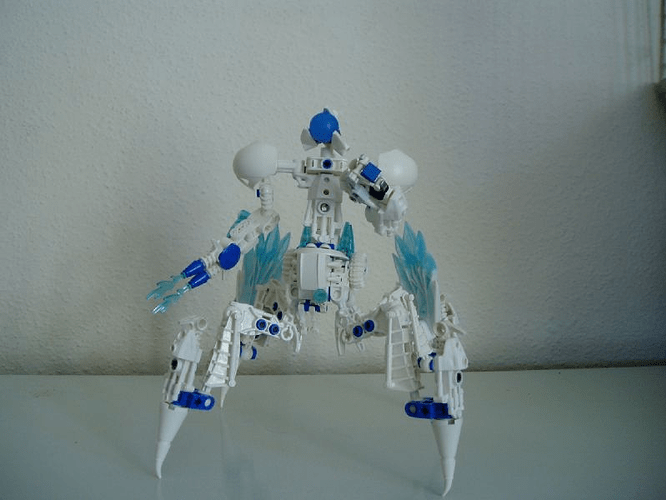 Made at the same time as Aaziih, Iota is also a minor character canon to Tempesta Caelestis. Iota is an ice miner. 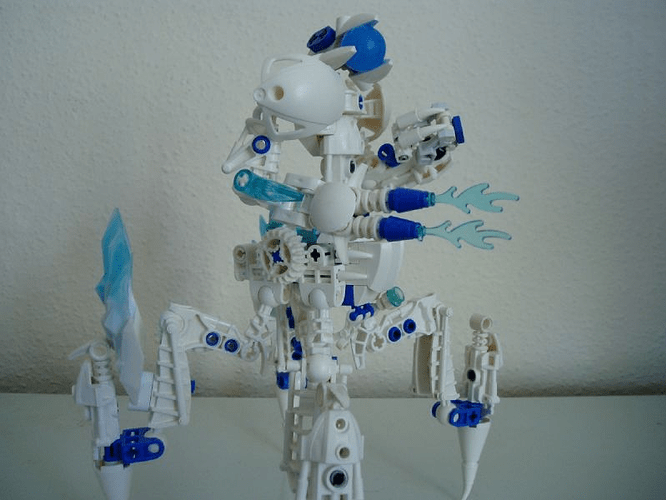 With legs ending in ice picks and a tool that shoots superheated, high pressure steam, Iota is designed to operate on icy planetoids to carve up and extract valuable chronodermis from the ice fields.

A former slave on the run from the law, Beta found refuge on the dead moon of Necra Minor... out of the frying pan, into the fire. Beta is a character from the final chapter of the Cyclic Plane Storyline: Our Skies Unified, which is so far removed from its origins as Bionicle fanfiction it may as well be its own thing. [image] Beta is a spheroid. His species were created aeons ago to be slaves for an advanced alien race, which has since disappeared. Bereft of masters, but with an in-built need to serve, most spheroids exist as slaves of other species on other worlds, or live on vast migrant server colonies travelling the stars between civilisations. [image] A spheroid's body is completely spherical and has a surface like a screen that is able to display lights and moving images. Se…

I'm in the midst of my dark age, and I'm not sure when I'll be able to return to the hobby properly. Ah, the pains of having moved somewhere with no room for MOCing! That said I've also been neglecting this site. There are older MOCs still to post with updated stories, as well as several new ones in the pipeline that I've put together back at my parents'. I've made it a new year's resolution to keep my hand in until I can finally get that hobby room set up somewhere. With that said, here's an oldie. MATRIARCH was made for the 2012 Bio-Cup's fourth round. I was pitted against BANJAX with the goal of creating a titan sized bio-MOC that featured hidden weapons. His entry is here. MATRIARCH is a character in the Tempesta Caelestis storyline, and a member of the Spheroid species. […

MOCpages user Rahkshi Party created a group for Spheroid MOCs, and quite a few people made them: 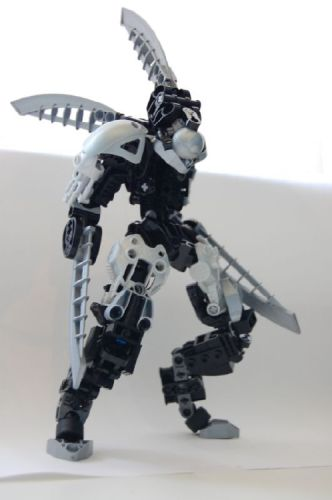 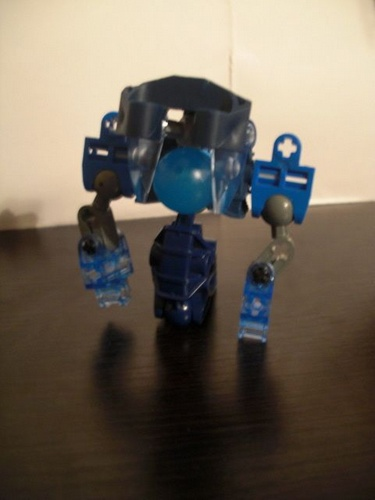 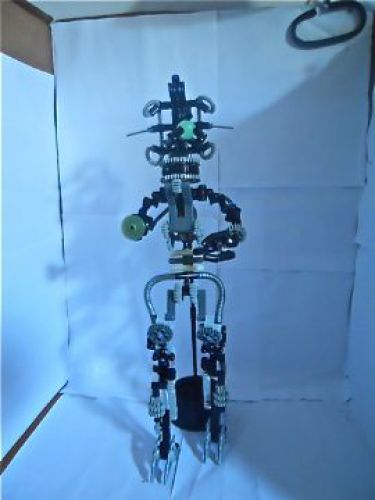 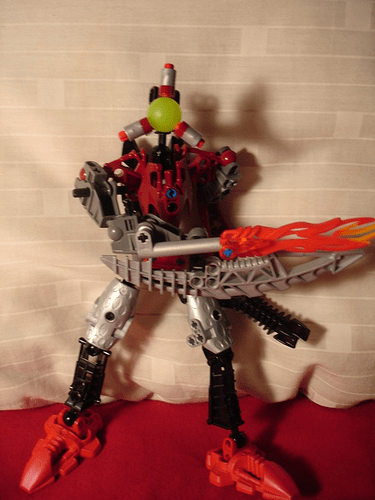 image.png600×800 510 KB
And a whole team of Spheroids by HyperShadow623. Unfortunately this is the only image that survives from the Great MOCpages Crash.

@Shadowgear6335’s Bytes and the Spheroids have a shared ancestry, as we have both worked on the background for both. To Shadowgear they are little sentient computer programs, though in the Tempesta Caelestis setting, Bytes exist as animal-like variants of spheroids, locked to one one colour and one body, created by Neutral spheroids like MATRIARCH when not fertilised. 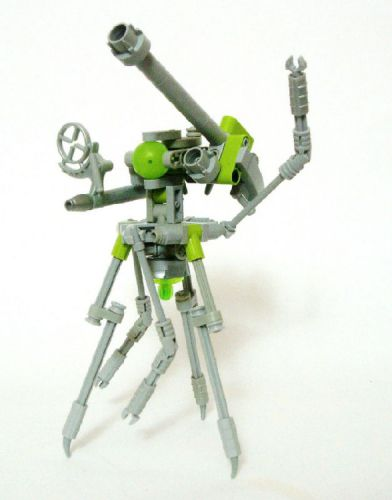 Trigbyte is a laser-sniping megabyte designed to defend Spheroid communities from attack. They’re essentially a living turret, with extending tripod legs and the ability to hover and settle down in different places. 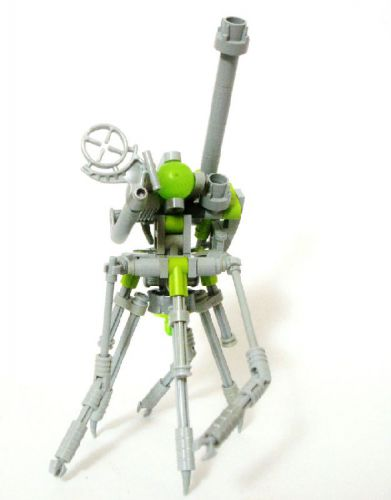 It was created for a contest over on YouTube run by Shadowgear. I don’t remember whether it scored second or first. 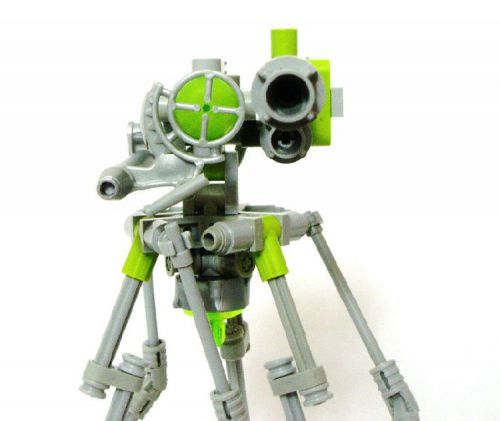 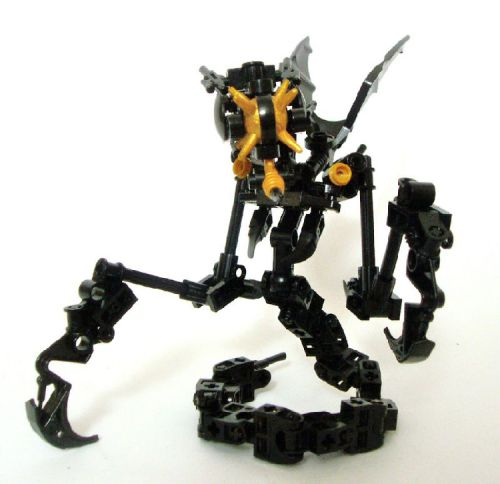 Viral bytes are a byte type I came up with in order to use a Thornax pod as an eye, the idea being that the body of the byte has zombefied and decayed and it is now spreading infection to other bytes. Spheroids are prone to this same disease, though I have never built a MOC of one. 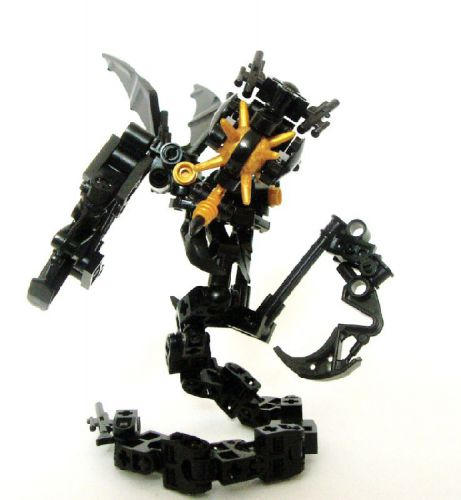 Snakebyte here is a corrupted Megabyte. It was another entry to the same contest as Trigbyte. 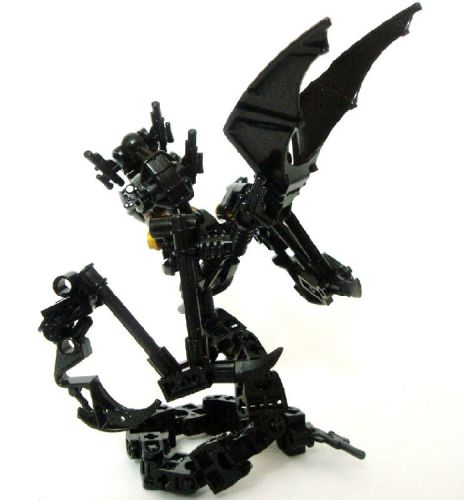 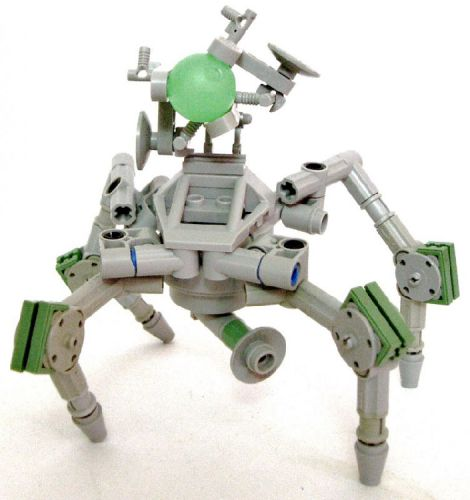 The Femtabyte class byte was another concept of mine, to use the spheres that were released in the first year of Hero Factory. They use sand green as their accent colour, and have roles as surveillance and alarm systems. 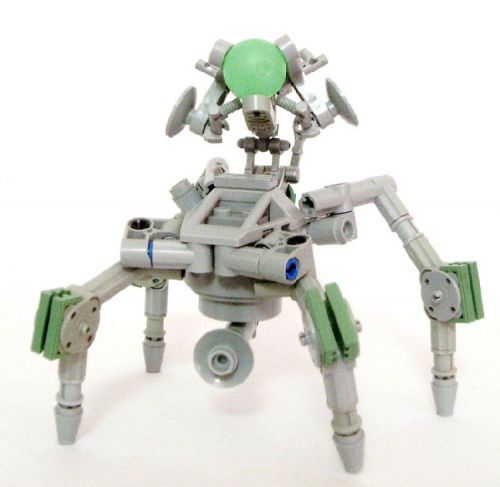 Pigbyte here is a byte that scuttles around in Spheroid and Byte communities, rooting around for signs of viral infection or intruders. 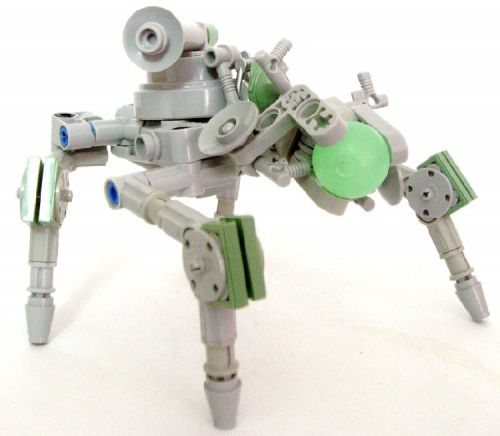 Usually quite awkward and ungainly, they are able to flip over at a moment’s notice into another form that has a much quicker turn of speed. 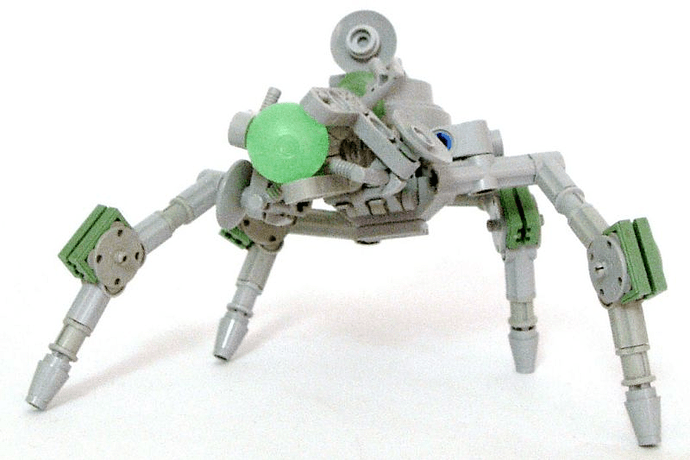 If you’d like to make a spheroid or byte as well, you are welcome to!

Mata Nui’s left arm that is… amazing!
It’s weird because I had an idea for electric powered plasmic creatures with a “song” called spheroids. They were just spheres though. Awesome mocs though!

I’M A ROBOT BALL YO! Anyway these are really cool and well built. 9/10 overall

These are all good, nothing to say other than the first one has a nice G1 aesthetic

… Ya know… I really, really want to attempt to make one of these now… even more so than when I saw Matriarch…

Good ol’ Bytes =D Still one of my favorite fan themes along with bio-racers and black fantasy. I never got quite as deep into Spheroids, since I loved the simplicity of bytes, but I do enjoy them a good bit as well.

Would be lovely to see fan themes thrive again.

I think I also was among Shadowgear’s byte contest winners, with Search and Firewall.

This actually reminds me… There was a byte idea from years ago that I never executed. Could be worth looking into again.