I’d, personally, rather the Rebels also be led by an NPC so that we can focus more on our characters’ specific tasks and actions.

Fallen Order made Inquisitors waaay cooler for me

Name: Darvin Nailo, goes by Eleventh Brother
Gender: Male
Faction: Empire
Species: Human
Weapons/Tools: A variation on the typical Inquisitor lightsaber with a curved hilt
Abilities/Capabilities: Darvin has power in the force comparable to other inquisitors, and his lightsaber skills are geared heavily towards dueling and fighting without his weapon if need be (form 2).
Appearance: He is 5 feet 11 inches tall, with dark hair and pale skin.
Personality/Bio: Darvin was still a padawan when order 66 took place, and for a few years he and his master lived in hiding. But once the Empire found their hiding place, his master showed his true cowardly colors and left Darvin behind in their escape. Left bitter and vengeful towards his master and the Jedi as a whole, he willingly joined the inquisitors to try and find his master and get his revenge. He was once a kind soul, but this trait was inevitably eroded away by his master’s betrayal and the brutal training methods of the Inquisitorious. That said, he is a little nicer to the stormtroopers beneath him than other Inquisitors and he is more willing to try and turn Jedi he finds rather than killing them. Darvin also hates it when anyone else butts in on an honerable one-on-one duel with a Jedi.

What blackbelt said, I think
Plus, Kay’s not really one for leadership

ALso, would the three jedi know each other at this period of time and regularly work together?

Likely so. That’s my guess.

I think you should be good to be an inquisitor. Thanks for joining!

Name: The Third Brother
Gender: Male
Faction: Empire
Species: Humanoid
Weapons/Tools: A standard inquisitor lightsaber, but the circular portion has an edge to it, allowing it to be used as a blade. (and no, he will not be using his lightsaber to fly)
Abilities/Capabilities: The Third Brother has honed his skill with the lightsaber, becoming a feared dullest, occasionally relying on slight bursts of force speed in order to gain an edge over opponents. He also posses powerful telekinetic force abilities, being able to send crushing force pushes and pulls, as well as the ability to stop blaster bolts for a limited amount of time.
Appearance: Tall and imposing, the Third Brother wears a black flowing coat/hood built into the standard inquisitor light armor. He wears a black knight-like helmet with a thin, red, angular vizor, (something like this, not my art though) 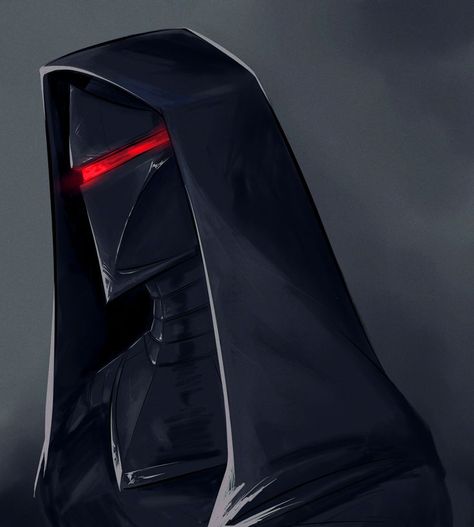 293ca2b35ff45698a2525cef69fcbe6b.jpg474×527 19.7 KB
and talks with a semi-robotic static in his voice which pairs well with his already raspy breathing, giving him an almost inhuman presence.
Personality/Bio: An inquisitor revered by many, the Third Brother has a stern but fair personality. He is a man of little words, yet despite his imposing presence, can show unexpected compassion to those around him, often making sure innocents and subordinates stay unharmed during fights. He leads from the front, but always has fellow inquisitor’s backs when danger arises. The Third Brother was called into Fondor by Admiral Witock along with the other inquisitor(s) to deal with the capture of Chimm.
5 Likes
EmperorDuckie May 19, 2020, 12:06pm #27

I might as well slap in another character, just to have some fun.

Abilities: Aside from standard stormtrooper training and very, very basic pilot training, Thirty has been trained in picking locks and splicing. He is very adept at getting into places he shouldn’t be in, both in the physical and digital. He is often assigned to stealth missions or covert operations that need more tact than blasting a door open. 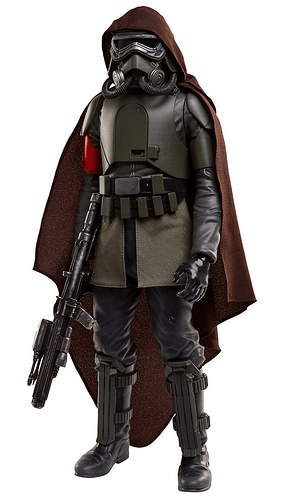 image.png564×1003 422 KB
(But in whites and greys, like a standard trooper)
He is slightly skinnier and shorter than the average human male, and he has clear blue eyes and sandy blonde hair, usually neatly combed back.

Personality/Bio: Thirty is a quiet man, not usually speaking unless he needs to. He was taken into the Empire as a child, his parents sending him to the training facilities to become a Stormtrooper. His entire life has been built around the Empire. He is a well-traveled person, having seen much of the galaxy throughout his many missions. He doesn’t believe what the Empire is doing is the right thing, but he has known no other way and thus keeps on serving them, at least until he may find an apt opportunity to turn his life around. He is a lonely man, without friends and he hasn’t seen his family since his childhood before the Empire. 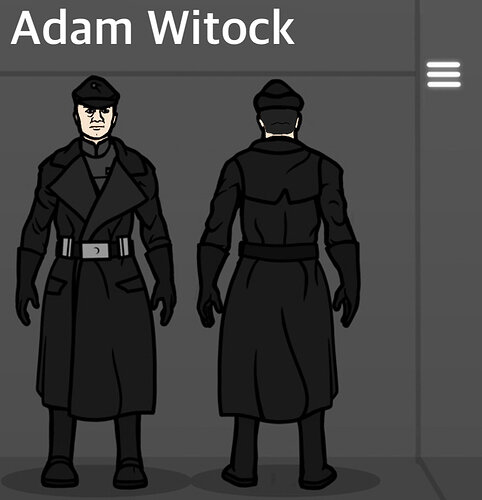 So, we have 3 Rebels who are Jedi, 2 Inquisitors, a Stormtrooper, an Imperial Freight Pilot and a mercenary…this could be interesting.

Yeah, I’m hoping to get some more rebels and independents

A very reluctant mercenary I might add. One that would rather not be there at all.

Are we waiting for the pre-selected inquisitor?

Nope, they’ve already submitted. Wanna see if we can get one more but if not it’s fine. We’ll start probably Tuesday

This is gonna be fun.

Would Kay be with Chimm?

Kay and ygdras would likely be with the rebels, on ships escaping yavin