http://www.avclub.com/article/steven-universe-love-story-becoming-childrens-book-235554
well, the only thing I can really say is

oh my god this is adorable

I haven't seen Little Golden Books parody in while.

'Steven Universe' returning in May — exclusive

Here’s something for the people of this world to believe in: Steven Universe will be back this May. After a long hiatus, a four-week Steven...

I cannot get the creepy "what we really are" out of my head.

While you guys are on the topic of AT vs SU, just wanted to post something here I left in the AT topic:

I feel like people are jumping off the Adventure Time Bandwagon, and probably on to the Steven Universe one. While Adventure time was previously full of filler (I mean ALOT in Season 6 and early 7) they started picking up the pace with actually meaningful episodes like Don’t Look and I am a Sword. Don’t get me wrong, Steven Universe is NOT a bad show, (but I don’t really like it myself but this isn’t about me) I just feel like people just abandoned it because SU got around and SU got to the point quick unlike AT’s longer, more fillerish story. I think Rebecca Sugar (who previously worked on AT) was the reason people left the show, like memorable episodes and fan favorites such as I Remember You what was what people were at AT for. When she left, what the show was to them was gone. Now, in SU, she isn’t just a writer (I think thats what she was) she’s the creator. Also, some things people probably wanted to see in Adventure Time she wasn’t allowed to do, like certain undertones and messages, and now they see them in Steven Universe (you guys know what I mean) It’s just that AT jumps around with with how fillery it is. I think that the show is coming to a close soon anyway. Come on, we may be getting a Season 9 soon (8 is confirmed). Even I have to admit that. I pretty certain though when AT ends SU will still be going (like I said I’m not crazy about it but I CAN see 10 seasons of it without getting stale). Maybe not to me but all in all, SU IS a good show, without a doubt.

It was planned.
Rebecca Sugar set us up.

aw, my finals are in like 3 weeks, I still have stuff to fear

but the hype is still flowing

I love the show mainly for it’s innocence and some decent level of intellectual value. My favorite would have to be Garnet.

it’s tomorrow folks (or later today, depending on time zones)

hype for the Alexandrite/Malachite kaiju fight 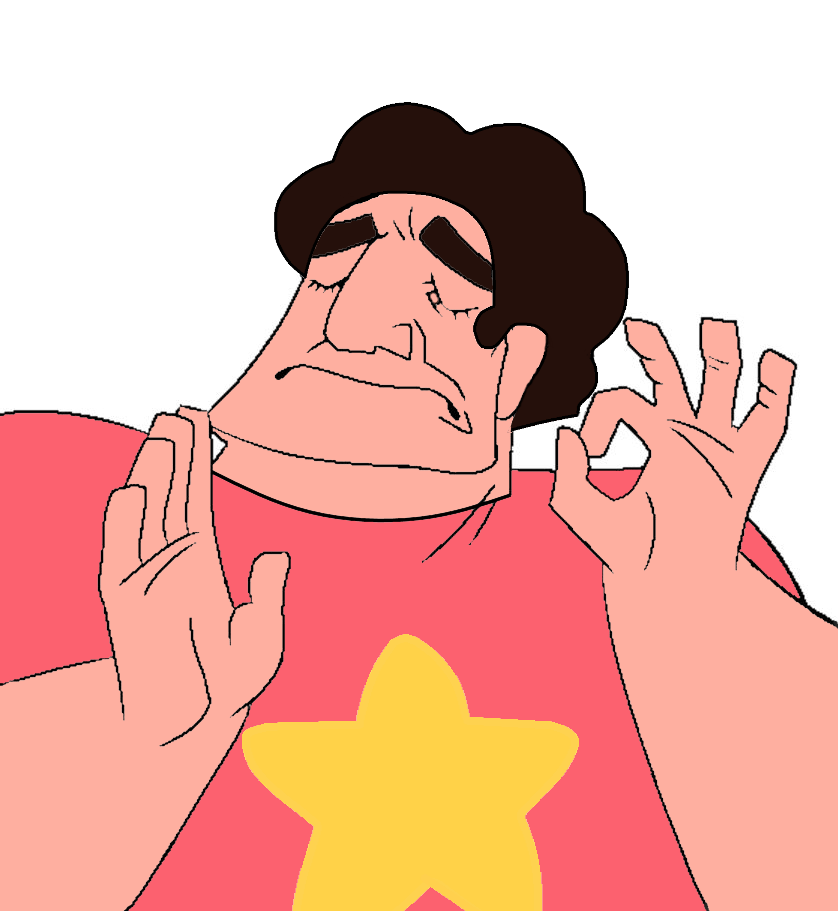 But yeah, the new episodes were pretty great, though I do think that dealing with The Cluster within 10 minutes was a wee bit rushed, considering they’ve been building up to it the whole season.

I do like the way the dealt with it though, not what I expected, expected them to just murder the thing, but I should have known better, that’s not how steven does things

Keep in mind that the cluster isn’t gone or anything; if it’s unbubbled, then it will have to form again. Queue Yellow Diamond’s forces coming to release it.

[spoiler] that’d be bad news all around

that moment between Steven and Peridot was cute

also yay, lapis is okay (and probably PTSD ridden from all that time as Malachite)
[/spoiler]

As if she wasn’t living(with) PTSD already

yee, poor girl has had it rough

Jasper fell into a chasm caused by the Cluster’s activity near the Earth’s core. What temperature can her gem withstand? I doubt the Crewniverse would kill her so absent-mindedly, but I can’t see how she’ll be back anytime soon.

she’ll probably be back at some point, they wouldn’t just kill her off like that, i also half expected alexandrite to poof her when she had her in her hand, guess she just didn’t have any strength left to do so