Sybas, the toa of the abyss

This here is sybas. I made the moc a long while ago after i started trying to make a blue power ranger torso, but gave up. Then after i started making this guy i made an interesting backstory. If you do not want to read the backstory that is fine you can just look at the pictures 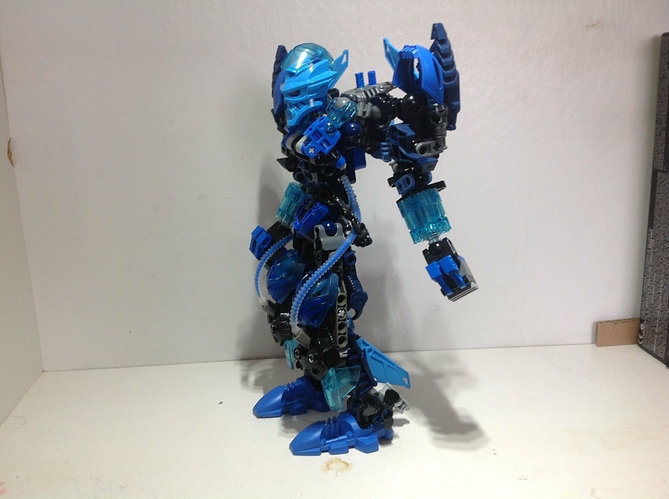 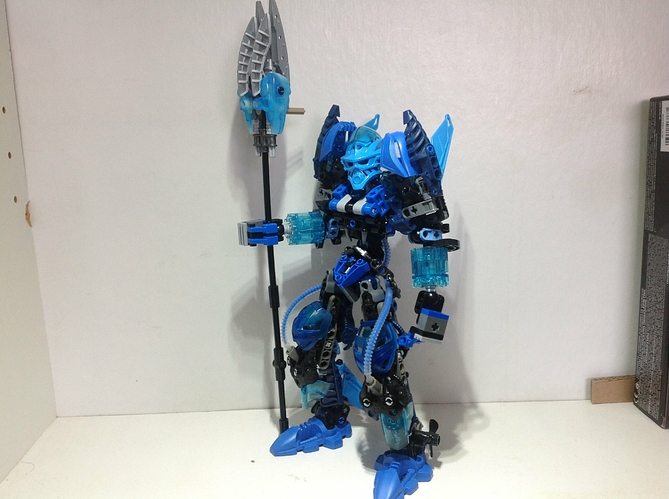 Sybas was an okotan born of water and earth parents long after the toa went back to the stars. He always spent time under the darkest parts of the ocean. He was quite adventurous and one day stumbled across the temple of water where he met akida. 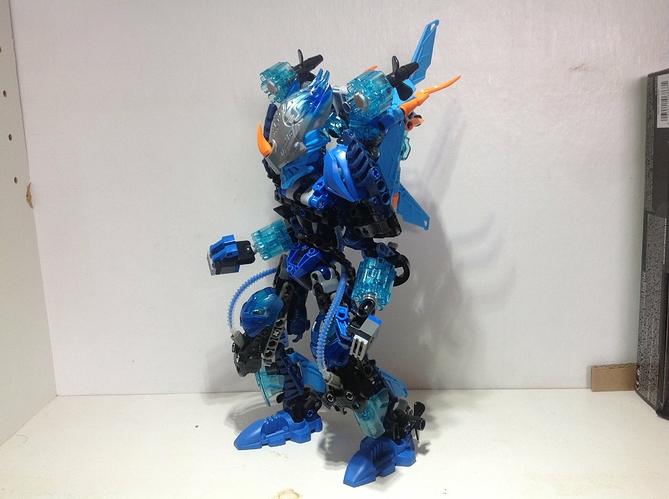 He spent most of his time with akida and later learned how to translate akida’s clicks into words with the attatchment on his head. Several years later sybas found gali’s old mask. He took it to akida’s temple and later put it on, after he did he was imbued with the powers of a toa from all the toa like relics from the temple. He awoke to find new powers and dual gatling gauntlets attatched to him. 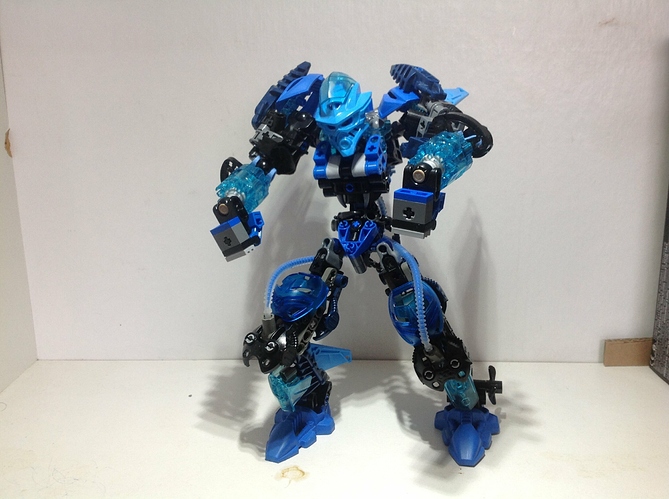 He then stayed with akida from then on occasionally coming out in secret to visit his parents. Which is why there were no prophecies including sybas. 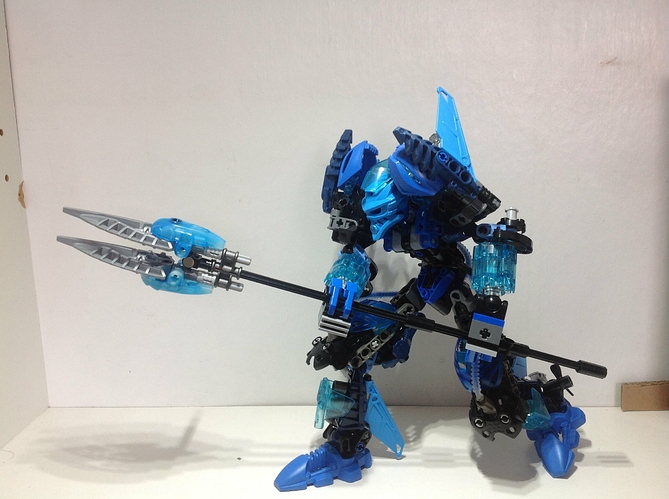 Weapon of choice is a dual spear which can turn into a pike. 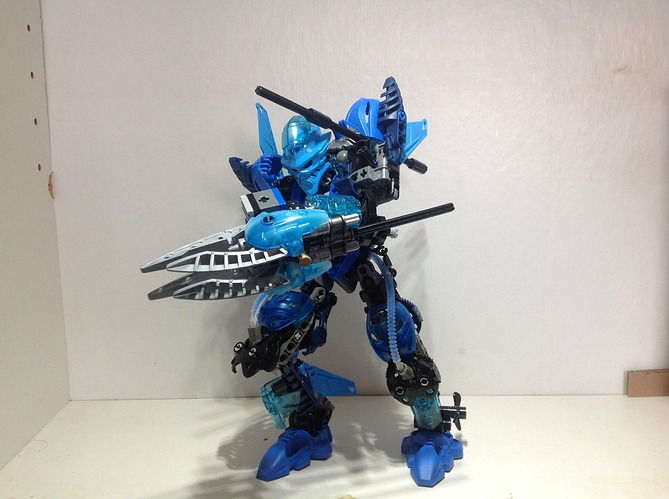 He also unites but while he unites he uses a trust system which lets the creature take control. 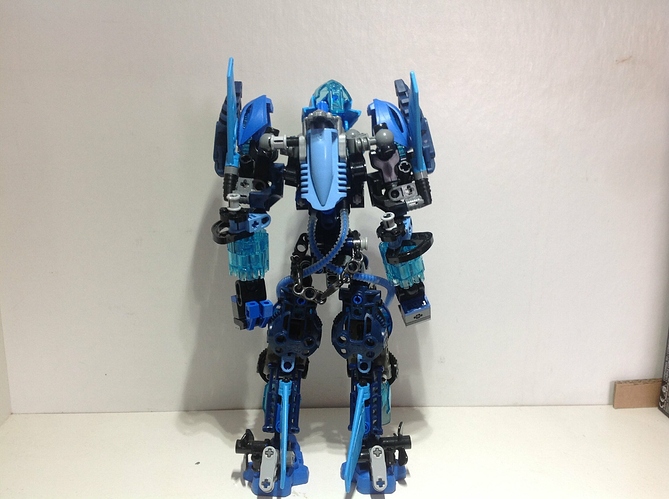 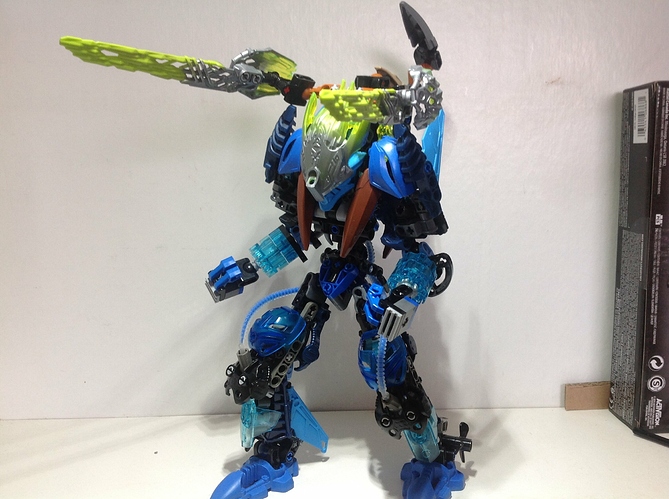 Now another thing is when he is extremely deep in the water where there is low oxygen, he changes into this. 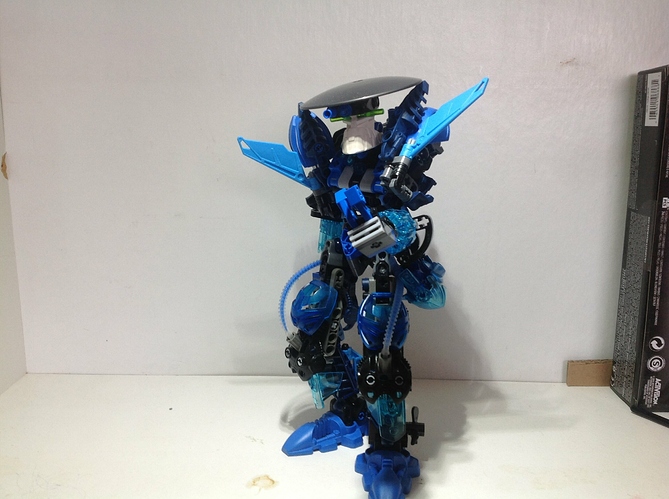 His staff also turns into brawling gauntlet type things ( i do not know if there is a name for these, help would be appreciated) 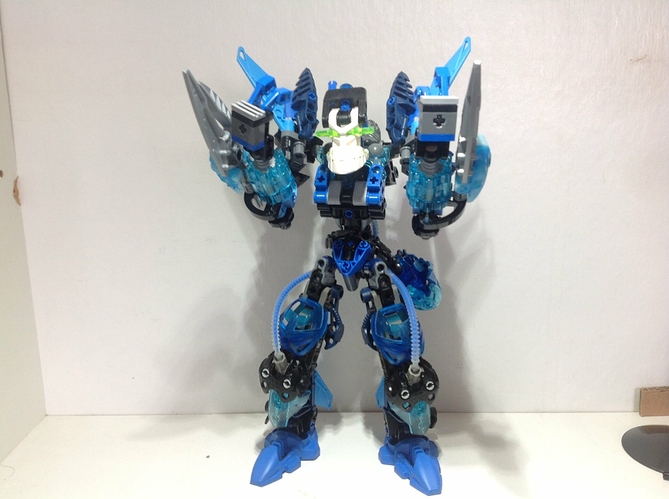 Last thing before i am done. He can shoot the water studs pretty well both ways. Someone please help, how do i add a short video?

The arm looks a tad weak and the leg tubes kinda ruins the look.
But the model is still greatly built, I like the structure of the shoulder and knee’s.

The moc is alright, kinda cluttered, but the many shades of blue work surprisingly well

@Square yeah they are a bit weak, that’s why I didn’t make any heavy weapons

Thanks for the critiques

( i do not know if there is a name for these, help would be appreciated)

Typically just wristblades or what not.

A bit of a cluttered MOC. He’s got some interesting techniques used but I can’t help but feel the end product is a bit lacking. The torso looks alright when combined with Aikida, but otherwise I find the two hand connectors stand out a bit too much.

He is very cool. Please, can you send me an individual message with a how to?