Waves lapping against the hull of the ship. The distant sound of seabirds. Wind flapping the sails high above. These were the only sounds one could hear. To most, this would be relaxing.

But the sole resident of the Vengeance was anything but relaxed. He was peering over the liquid protodermis ocean, trying to see some trace of land.

“I should’ve never left Destral,” he muttered. Then he sat down on the deck, eyes darting about, searching every bit of the horizon. Then a speck appeared. Could it be? The figure squinted trying to make it out. As it got closer, the lone sailor recognized it as a warship, not much different than his own. It came even closer, flying a flag he had not seen before. At least it’s not a Makuta, he thought. Suddenly, he realized this ship was headed for him. Reaching for his knife, the sailor stood up and cut a piece of white cloth from the sail, tied it to his sword, and held it up to catch the wind. Maybe this ship knew where he could find land. Getting nearer still, he could make out the crew.

The ship was staffed with Matoran, and what looked like Toa, though they weren’t like any Toa he’d seen before. As the ship drew up alongside his, one shouted out,

“Who are you? What are you doing in the Castra Nui territory?”

“My name,” he answered, “is Talupus. I’m seeking refuge from the Brotherhood of Makuta.” The Toa exchanged glances, then called back,

“Prepare to be boarded. You will be escorted to our island, and brought before the king.” Despite the situation, Talupus grinned. He had escaped the BoM. 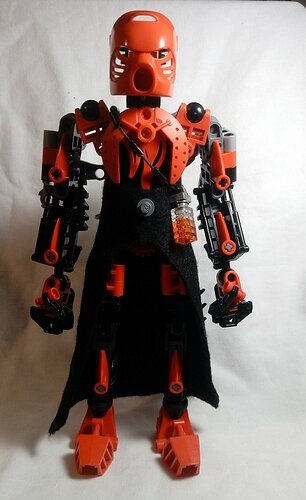 Special Powers: The ability to use his fire as rockets and achieve limited flight

Personality/Skills: A natural leader, though somewhat shy. He can be more outgoing and friendly with people he knows. Despite being a Toa of fire, he is usually calm and rational. He’s also very good at engineering and building things. While on Castra Nui he made a crossbow that, using his elemental powers, can shoot concentrated blasts of fire.

Bio: Talupus was created by Artakha, along with Relex, who went rouge. They were part of a project commissioned by the Hand of Artakha, called the Toa Eques. This project was cancelled after the Hand was disbanded. Talupus was given to the Bom, but defected after a few years. He came across Castra Nui and joined the ranks of the Knights, the native Rahi that protect the island. He was nicknamed “The Blazing Knight” for being the only Knight with elemental powers. 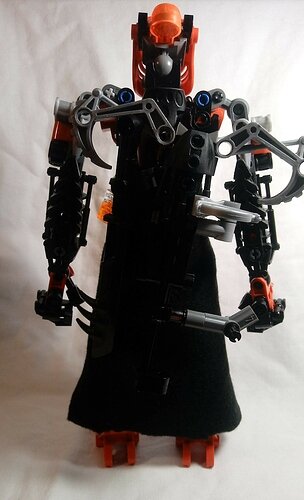 This is version four of my Self-MOC, previously seen here. He’s been renamed, if you couldn’t tell. 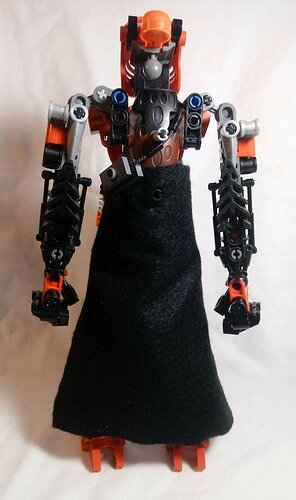 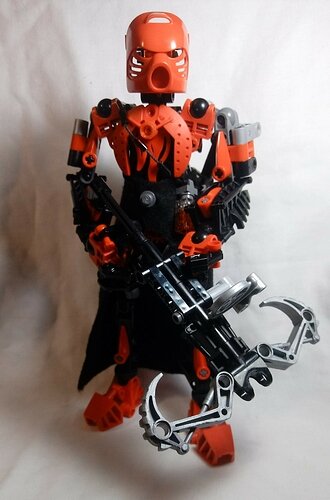 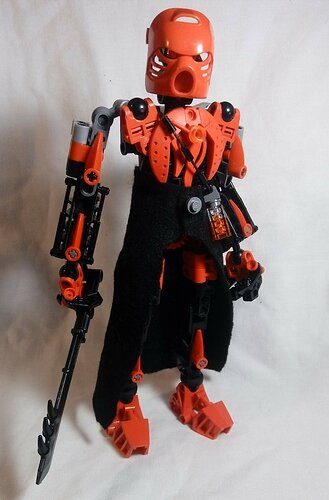 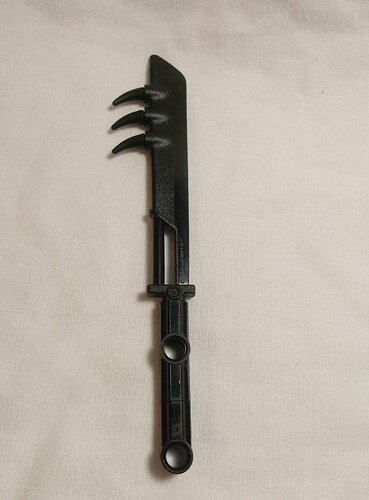 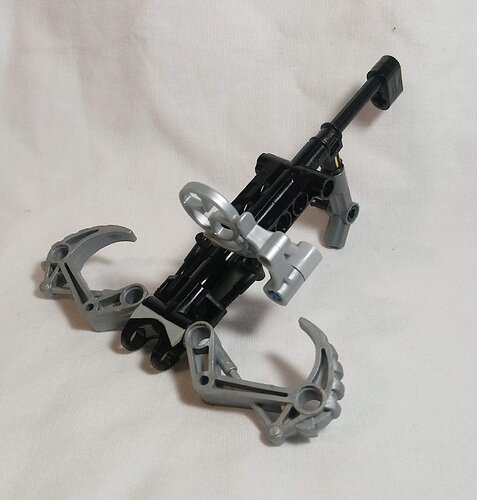 Now if i can just figure out how to get that socket tube piece you used in the crossbow in bulk,

The metru red piece on the back is out of place