This is also up on Mocpages. Anyways, I know I posted Tarakona v1 in the topic where you can post the very first version of your SM. Now I am on V4, and it is just Awesome!
so here we go. 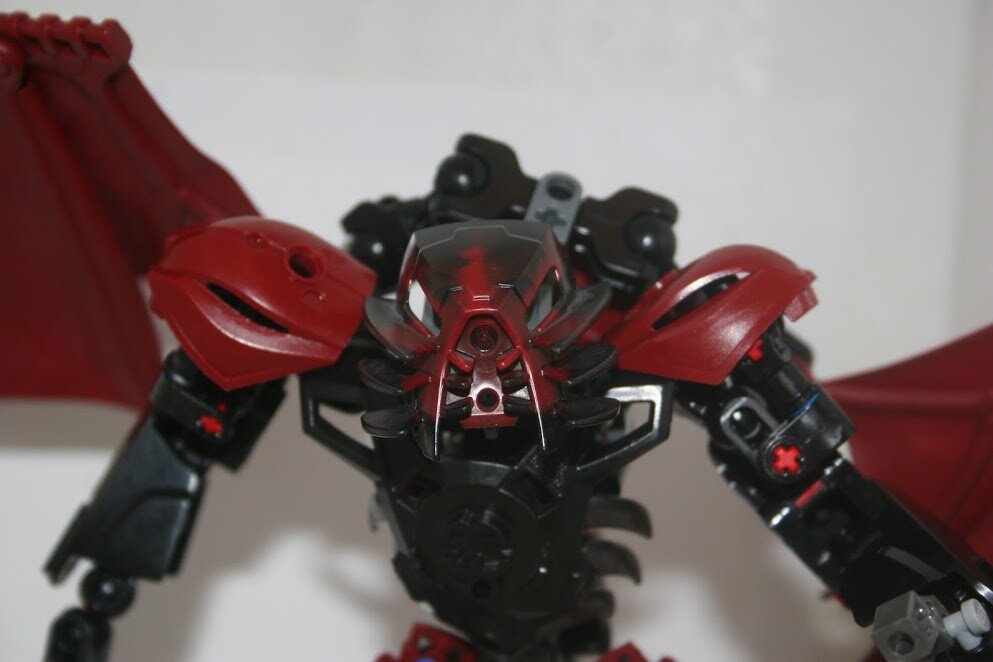 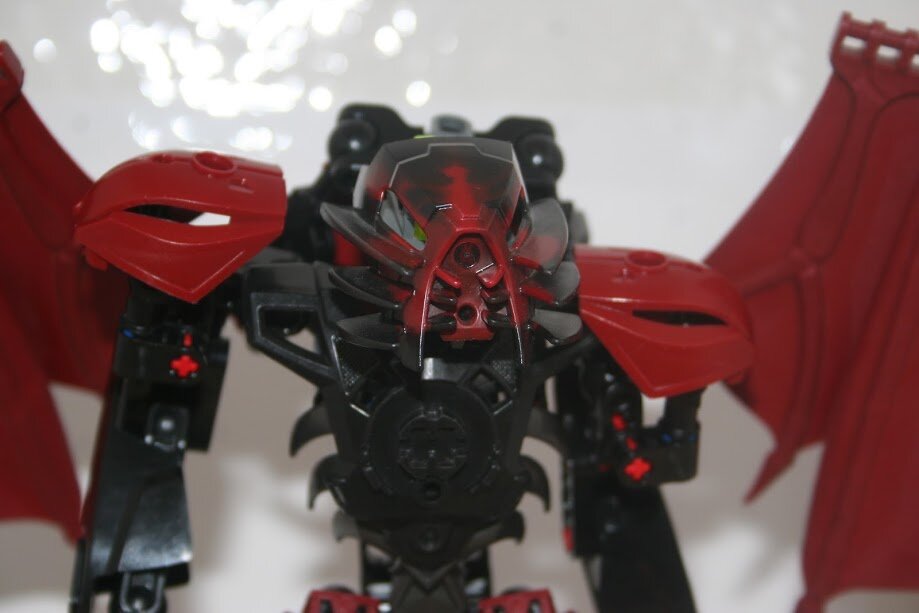 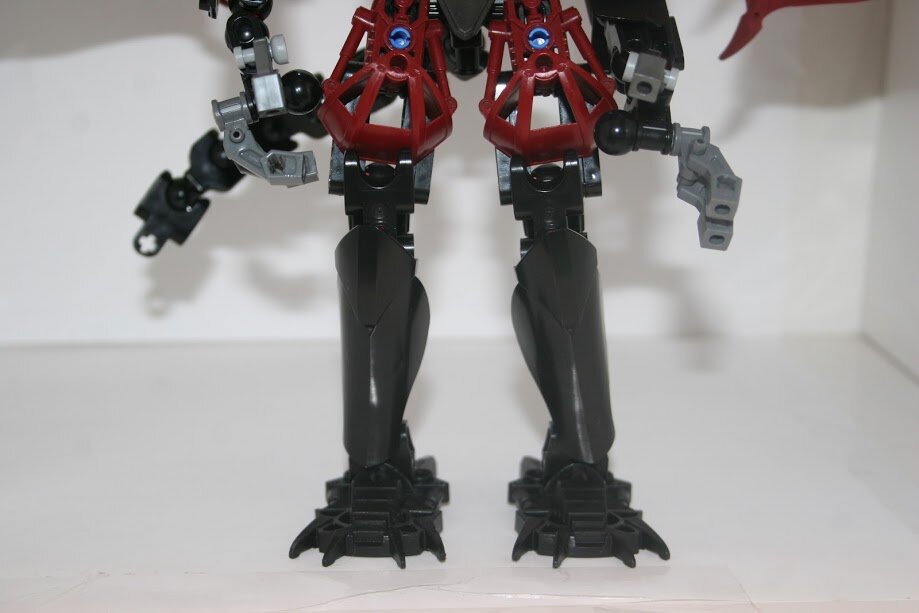 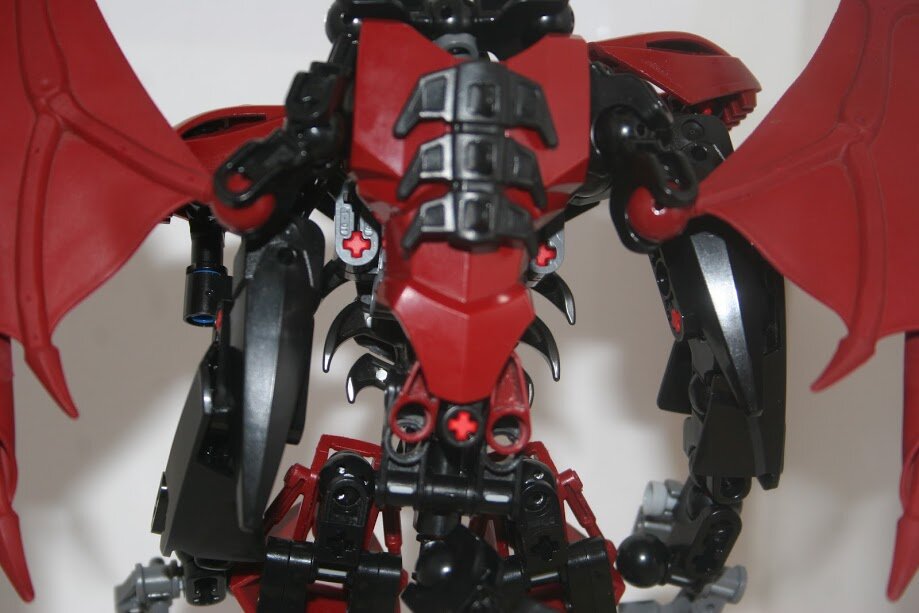 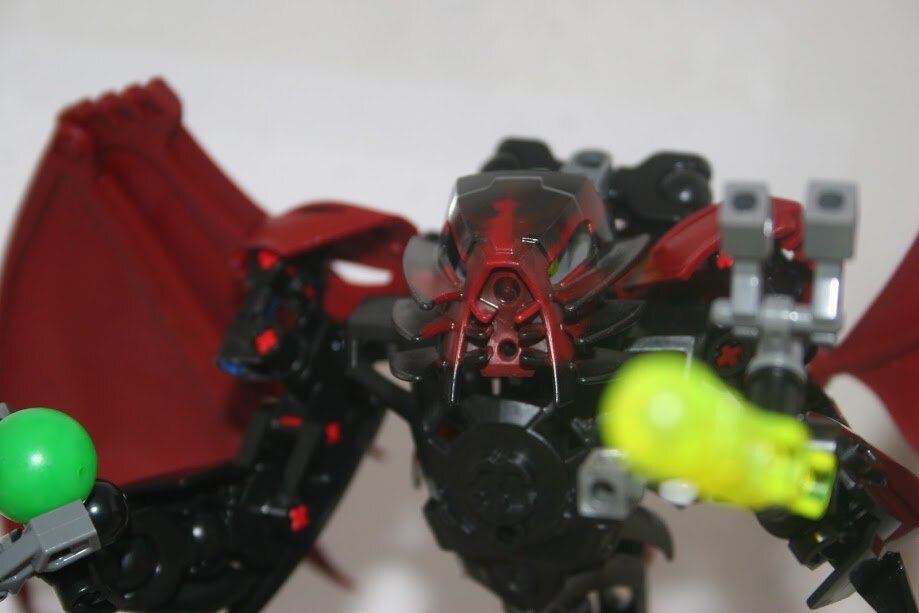 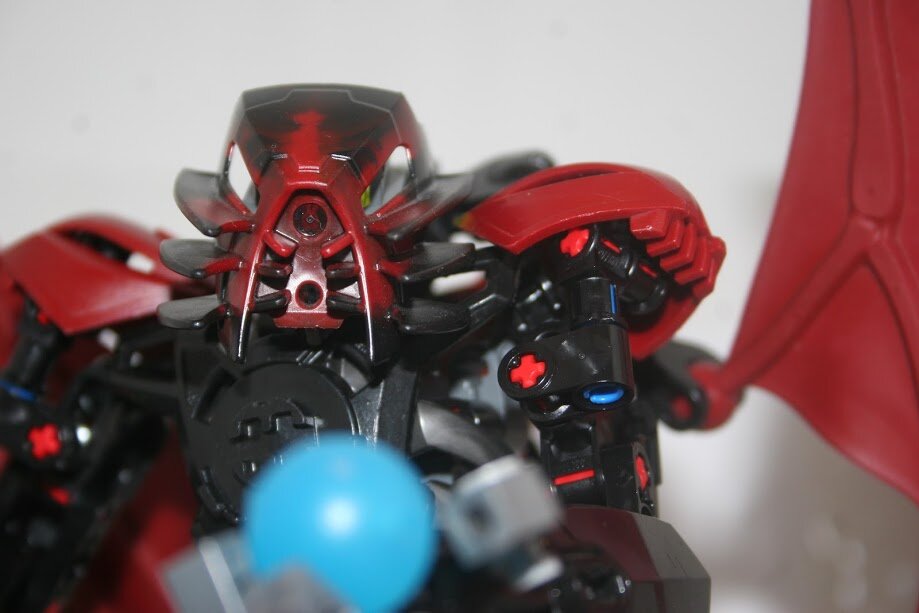 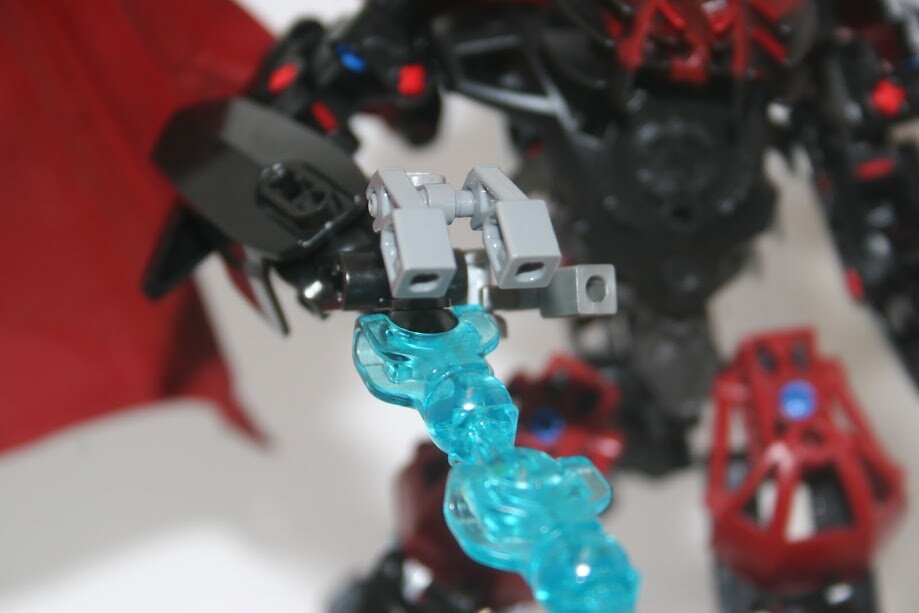 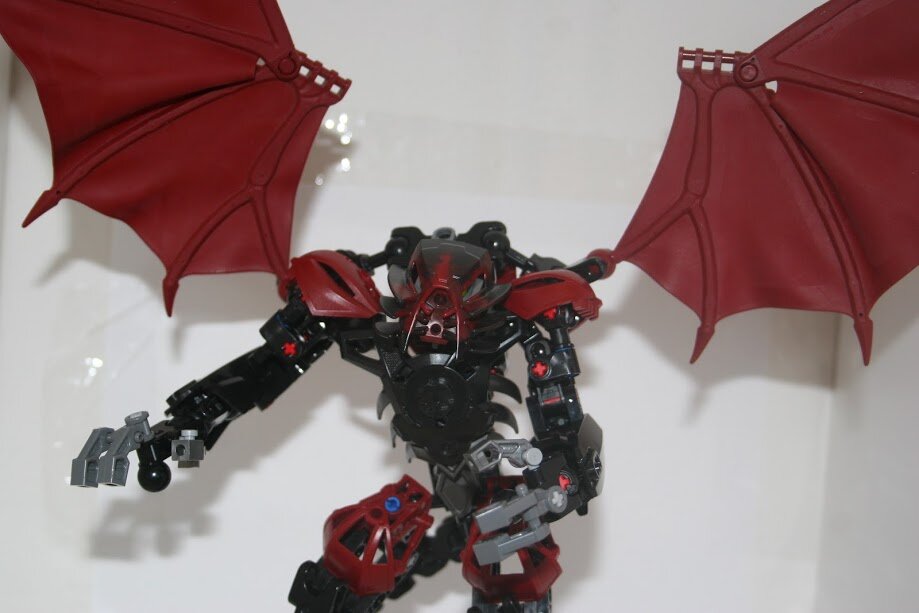 It doesn’t really look like a Toa to me, but the MOC isn’t that bad. Also, I would recommend changing the blue pins to a better color if you can, since they don’t look good with the color scheme.

well… he was some other things before he became a toa, so that affects his looks.
And I could change the blue pins to tan… it might affect the sturdiness of his sructure tho.
thanks for the suggestions!

I think that you should redo the upper legs (the metru armor doesn’t look too great here) and switch out the armor on the lower legs, as it really only goes well with the star wars ultrabuilds and similar MoCs.

hmmm… i could try, but I really don’t have a large selection of armor and other pieces to choose from… I could try some others and see how they work. Thanks for the suggestions!

ok! I can take one eventually… I usually don’t do those because my mocs are big enough that it looks too small… I can fix that, i think.

Are you sure this is not a Makuta?

Looks pretty good. Can’t really see much from these closeups.

I don’t really feel the time aspect or the toa vibes.

yes. I just like the way the black and dark red works with him.[quote=“LTVmocs, post:9, topic:45781, full:true”]
Looks pretty good. Can’t really see much from these closeups.

I don’t really feel the time aspect or the toa vibes.
[/quote]

Yeah… I don’t have the time mask so there’s that…and he was a different character before he was a toa so that affects his appearance, as I’ve said. As for the time (again), I am a huge fan of Doctors Strange and Who, so that basically is it for time, as well as it just felt right. This guy is just all of my favorite things combined into one self-moc.

But then why you didn’t made him the Toa of Fire?

cuz that would be lame, since everybody likes to do a toa of fire. He was a dragon guy before anyways, and I wanted to do something besides fire… again. plus my first couple attempts at a SM were fire, and I just wanted to shrug off the horribleness of them…

Yeah… But ti doesn’t really look like a Toa of Time.

i know. what does a toa of time look like?

I don’t think a time mask is needed. Maybe just give him a clock at least. At this stage he looks more like a makuta or a toa with a hunchback and wings.

I dunno though. It’s kinda hard to give something “time” vibes

yeah… I could get the gold time mask tho…

All the photos feel a little too close, I’m not able to really soak him in.
The color blocking is pretty good, ignoring the fingers.
The lower leg armor doesn’t mesh too well with the feet imo.
Something at the end of his tail would be neat, even if it’s just those pieces on the backs of his upper arms.
I’m not quite sure what the things coming out of his hands are supposed to be, other than some kind of energy beam.

As others have mentioned it really doesn’t give off a time vibe, shadow or fire yes, and you mentioned at some point he was a dragon.

everybody likes to do a toa of fire

I’m not sure Toa of fire are that common actually, not sure though.
Even a mask of time wouldn’t really help the look, his element still looks like fire or shadow, and if his element IS time the mask seems redundant, if you really want a Toa of time I feel like theres some cool stuff to be explored with a gold/dark gold color scheme, or orange, a toa of time with a kualsi would be incredibly powerful for example, but dark gold can be a very hard color to work with.

Either way it’s fine if you wanna keep him having time powers, but I’d suggest moving him to another element/ being a Makuta, and making another character, or giving him a Vahi on top of his changed elements/species.

I’ll probably keep the time thing, but add a gold vahi and I will find some armor in that dark gold color… The Kualsi is a good Idea as well, but I feel like too many people I know use it. V5 won’t come around for a while tho, I still have to get the Vahi and the dark gold armor.

thanks for the c&c, though… it really helps!

Are those the Smaug wings?