Welcome to the Antidermis pool! 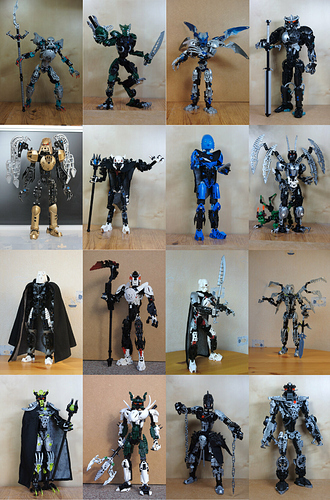 As you can read in the title this is a topic for my WIPs of the revamps of the Makuta MOCs entered into the Brotherhood Project. In case you haven’t read the announcement in the project topic, let me explain what this new part of the project is about again:

I started the Brotherhood Project because I wanted a complete Brotherhood of Makuta, but realized that I never would be able to come up with enough Makuta myself ina any reasonable amount of time.
But you see, I’m also a passionate collector of Bionicle sets and like to have things on display, which is why I have started to revamp the MOCs entered into the project. Yes, building 100 MOCs is quite a goal, and no, I don’t expect to be finished with this anytime soon, but dang would it be awesome to have 100 Makuta MOCs all together.

In this topic I will post WIPs of these revamps whenever I have something substantial to show, because I figured I should a) give the creators of the original MOCs a chance to influence me in how to build their Makuta, b) opinions in general can’t hurt, and c) it will be your job to keep me from getting too repetitive in MOC design

I’ll always mention the Makuta’s name and the builder so you can look up the original yourself if you want to.
Also be always aware that these are WIPs which means that you might often notice missing parts or miscoloured parts - simply because I ran out of certain parts.

That out of the way… here you go with what I have so far: 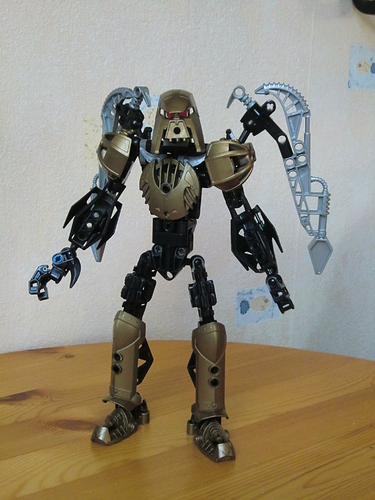 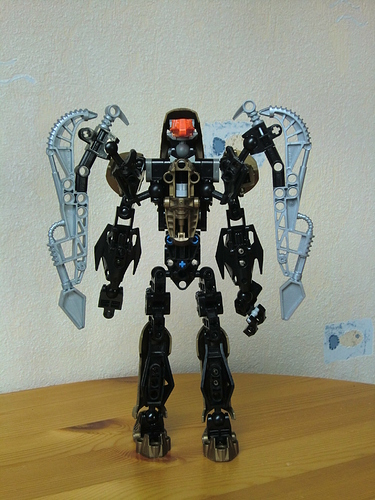 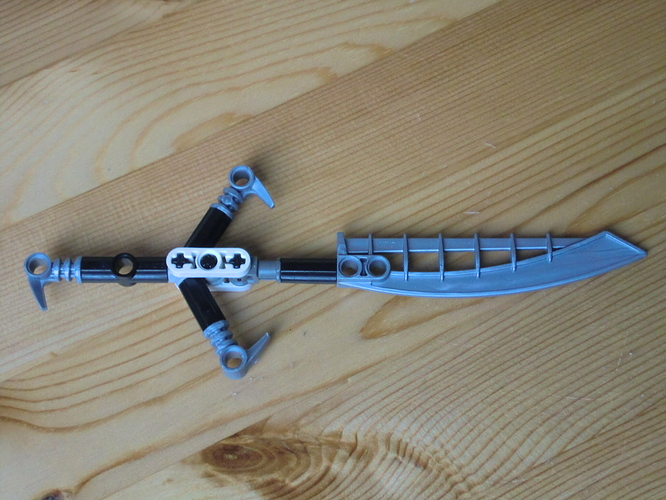 Curently only the sword, I originally planned to use a silver G1 Kopaka sword, but I have to say that the Air Katana looks quite nice, too. What do you think? The white and dark grey will be replaced with black eventually. 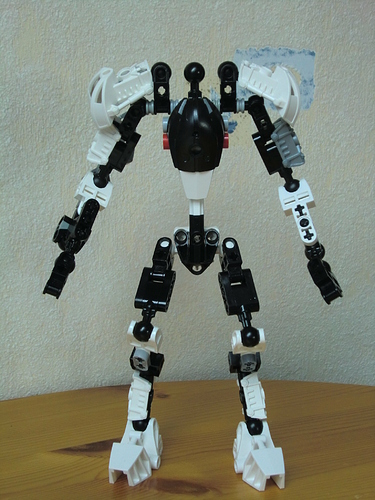 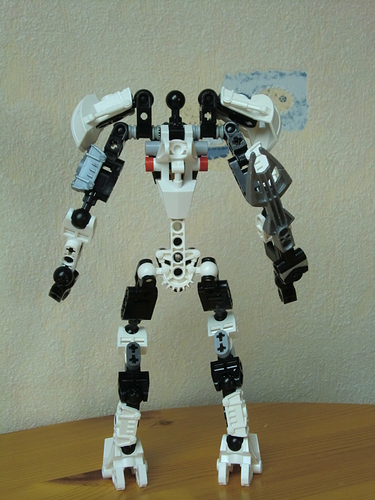 I hope I got that “spindly and kinda creepy” look right this time…? Lacking a head, obviously, which means that I might still change the neck.

Makuta Krika - my own MOC, but I figured I might as well add him 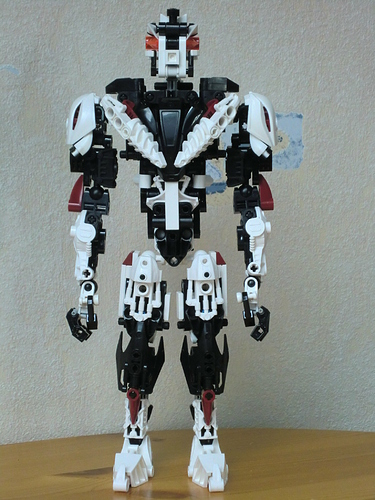 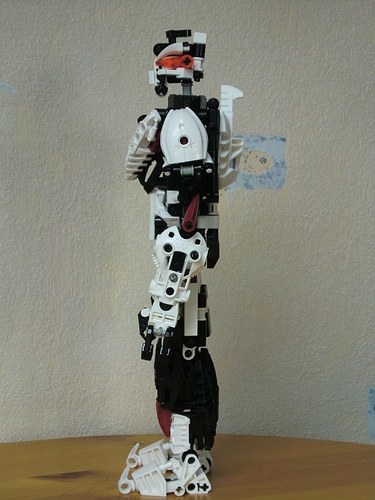 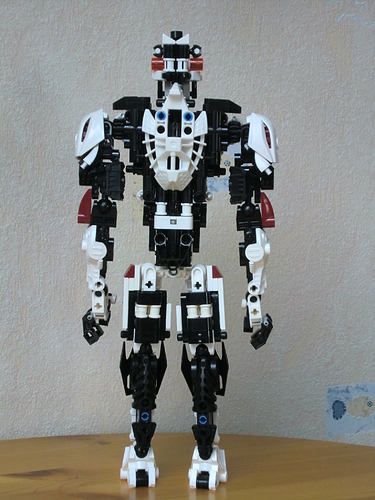 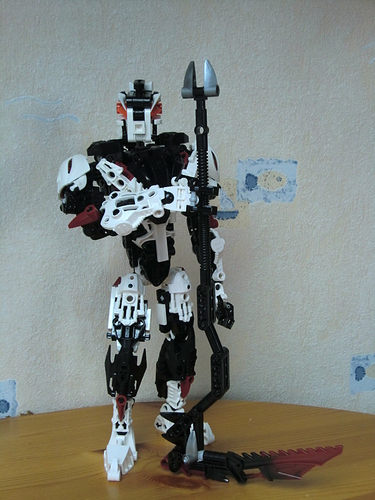 Some of you might alrady have seen him in that Makuta Contest. he is currently missing three parts and his scythe still has silver Bohrok eyes instead of black ones.
Somehow I feel like he’s missing something, but I really can’t say what exactly - perhaps you can help me there.
The only thing that I am aware of is that you can look through his chest (that Ultimate Dume Kraahkan) from the side.
I’m just wondering if maybe I should scrap everything except the lower legs and the head and start anew… On the other hand he doesn’t look bad at all… 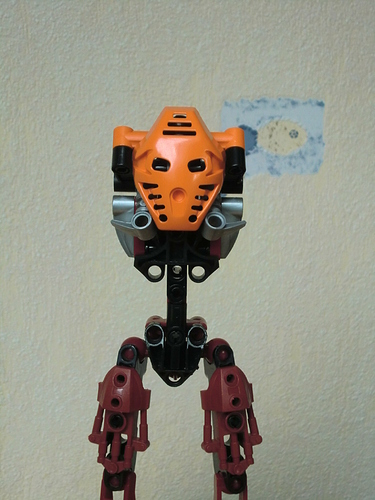 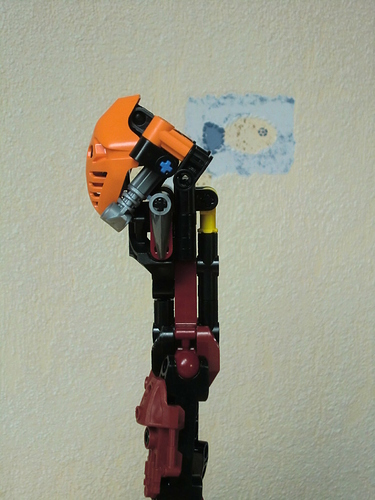 Only the torso is important here. Since I’m not going to use that ribcage piece that Toa_Heatwave used in his MOC I figured I could go for something interesting instead. That Pakari will eventually be purple and the orange and yellow will be replaced by black and/or purple, too. This is really an early stage of the MOC.

Wll, that’s it for now. Feel free to give comments and/or criticism! Whenever I have something new to show I will.

ok, to be honest, for Sachel, very few parts should be white.

those parts that should be white are the back of the thighs, head, and shoulders.

the torso should have red in the center, and not on the sides, as well.

but yea, you just need to pull the shoulders out juuuust a smidge, and add a ribcage piece.

other than that, the “spindly” looks has been pulled off!

Curently only the sword,

I would minimize it a bit, take the 2spacer and put it where the 3spacer is and attach the blade directly to the T connector, while it will be slightly shorter it will look a lot more cohesive.

Somehow I feel like he’s missing something, but I really can’t say what exactly - perhaps you can help me there.

These are looking good so far, can’t wait to see you try to make teridax, honestly I’d forgive you if you just used the set.

So far, these all look pretty good, especially Krika and Iruta.

those parts that should be white are the back of the thighs, head, and shoulders.

I feel like there should be a little more white, but I’ll take out the white parts in the elbows and knees and maybe replace the Mata feet in the torso…

the torso should have red in the center, and not on the sides, as well.

I don’t know if I want to include red at all. The red parts you can see are only there because they’re needed in order to keep everything together and red was the only colour I still had them in

I’ll see what I can do although I neither want to add more silver nor use the CCBS piece.

it will be slightly shorter it will look a lot more cohesive.

While indeed looking more cohesive it then suffers from “short sword syndrome” - it just doesn’t look like a proper sword to me anymore, but I think I have an idea to keep th elength and make it more cohesive… I just don’t have the parts right now.

As to Krika… well, cloth pieces/capes will become a problem for me eventually… no idea how I am going to solve that. Perhaps what Krika needs are a little more spikes and perhaps bright red instead of dark red… after all I only used dark red because of parts I originally planned to use for the MOC but in the end didn’t…
And maybe I could add a little more red and use less black…

Oh, and of course I’ll do Teridax… somewhen. First I need to get two Kraahkan’s, though… (still missing one for the Icarax set)

nor use the CCBS piece.

i used a metrutoran limb, and even if that doesn’t work, there’s the 08 ribcage.

No need to replace the white on Reppirax’s sword, it was there in the original, too.

That skull villain one. Are there others? (Not that I’m going to use any CCBS parts…)

that’s what I meant with no more silver piece

Good point, although right now I feel like the white adds too much colour. I’ll decide about the white once I have a proper MOC to hold that sword.

Good luck, dude, this is quite the undertaking!

Krika looks great, but I feel he could be a bit smoother all around!

That skull villain one

tha’d be a terrible choice

and as for the red core, a solid red circular 1x1 tile stuck on the open pinhole?

Just came up with a ribcage out of Onua claws. And I also managed to build a custom head - it’s relatively round and smooth, but I wasn’t able to integrate that “chin spike” so far…

I’m going to cover the back of the torso and fill in the shoulder area, then I’ll post another picture…

and as for the red core

I actually put a red Rahkshi head in the chest to set it apart from the new black torso, but I think I’ll replace it with a white one eventually - that one red piece simply doesn’t work in my opinion.

maybe keep it black, and add in the 1x1 tile.

if you need to, use red for the eyes, and maybe small areas, like breaks in the armor.

Ooh, interesting! It’ll be cool to see all Makuta partying together.

I will use orange for the eyes - always. (just a personal preference)

It’ll be cool to see all Makuta partying together.

I will use orange for the eyes - always.

ok then, just change the red to orange.

to make it fit.

Here’s an update on Sachel (@Sammythekat) : 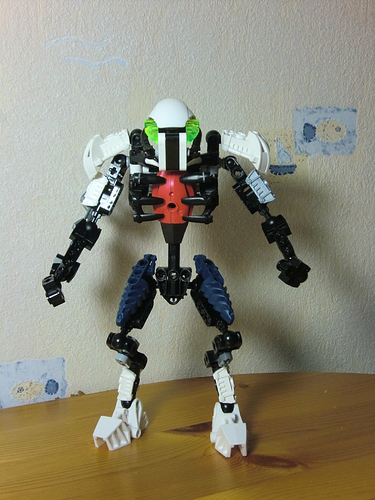 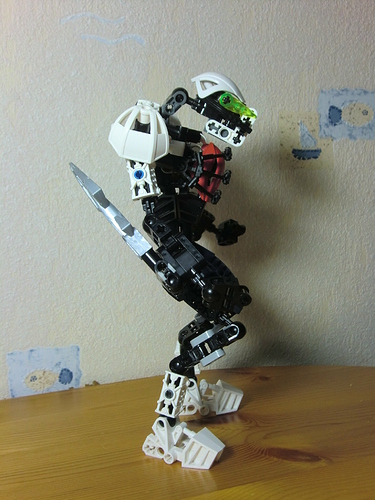 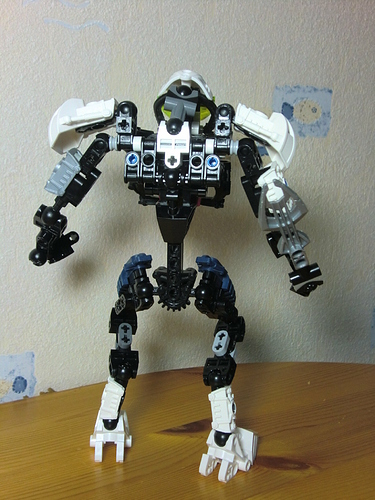 The back currently also isn’t armored - although I’m thinking about leaving it that way and adding a cape to cover that. I currently have no idea how to get capes in general, but sooner or later I’ll have to find a way since some MOCs really should wear capes.

maybe invert where the white is on the mouth, and make the eyes a bit smaller.

maybe invert where the white is on the mouth

I think that isn’t possible due to the colours the used parts come in… I admit, though, that I personally think the “mouth” section a little too smooth.

make the eyes a bit smaller

these guys are cool!! good job