###Ah this was… an interesting build, about 15 hours of looking for parts, messing with electronics, and trying to build strong enough legs but its done, this yellow monstrosity is done.

Idea for this was, what if someone build a mech out of construction equipment so I built on that for a while and then though ''This needs a pilot!" and who would be as crazy as I am to do such a thing?
###Nuparu of course!
so I built him as well. And thats when the name came to me, Bohrok buster, because it’s like a Hulk busters version of the Boxor 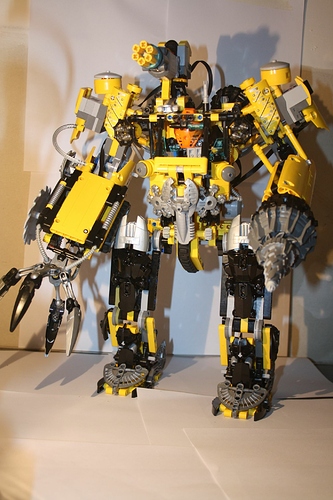 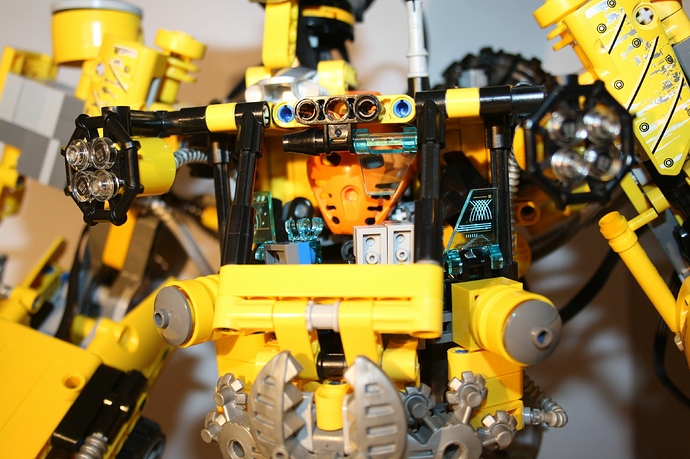 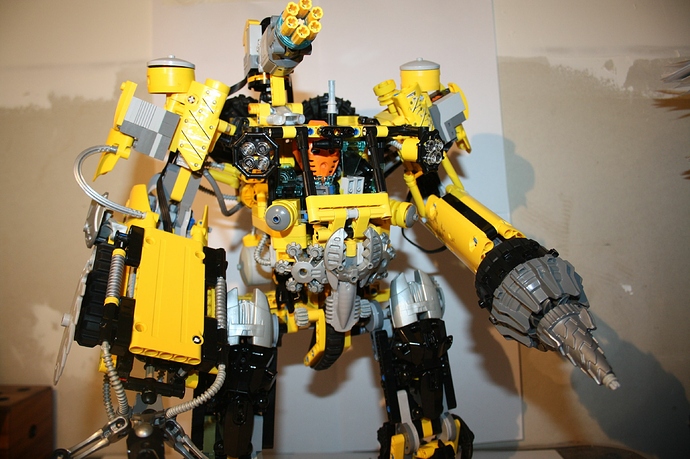 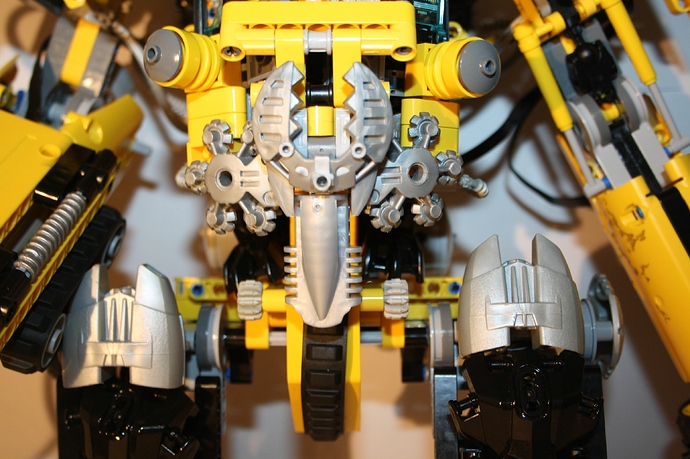 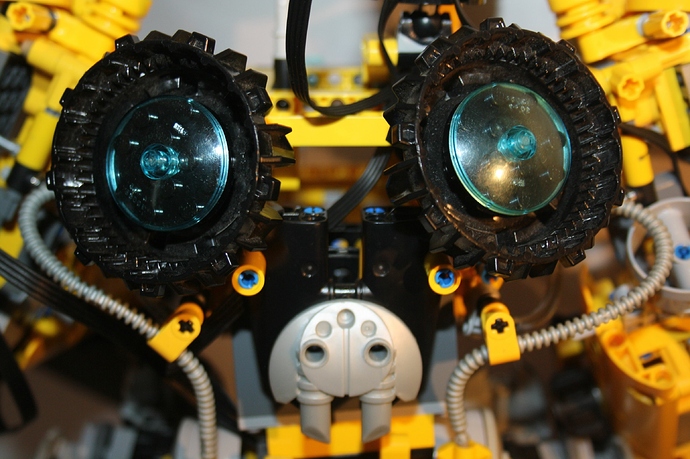 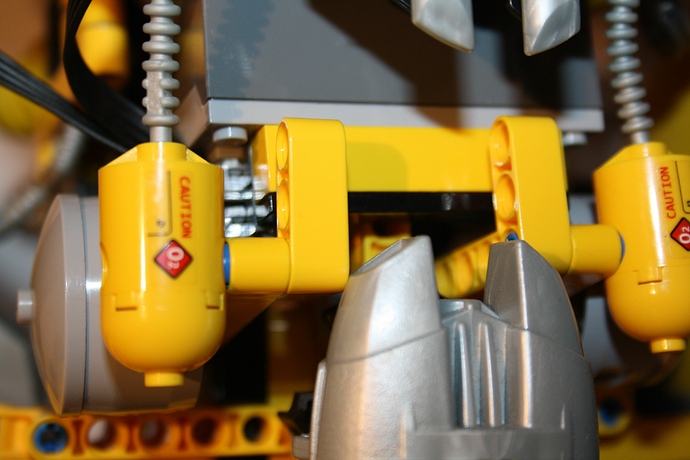 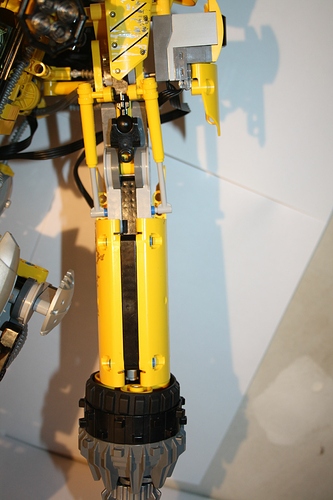 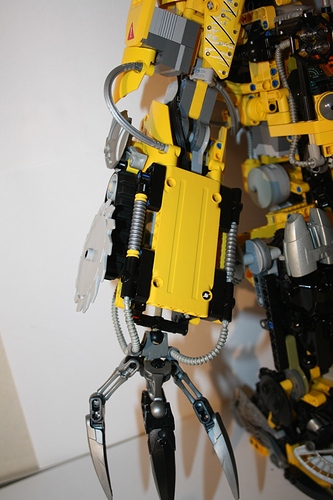 ###Legs
There’s 4 ratchet joints in each of these as well as pistons just to make them stable. it was function over form with these. 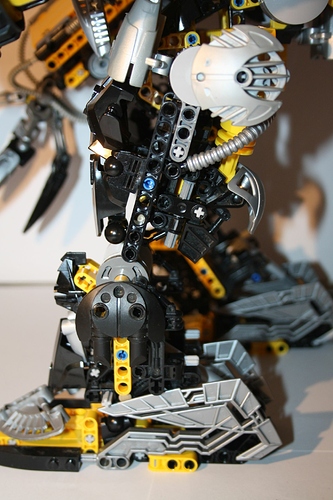 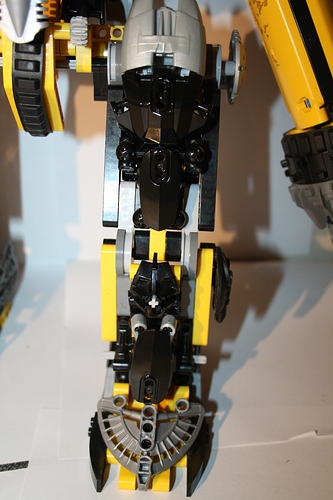 ###Articulation! because it’s not a brick
Ok it still doesn’t have a lot… 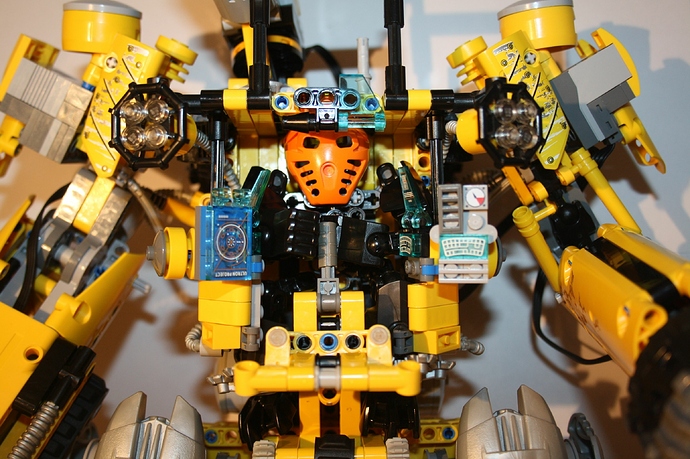 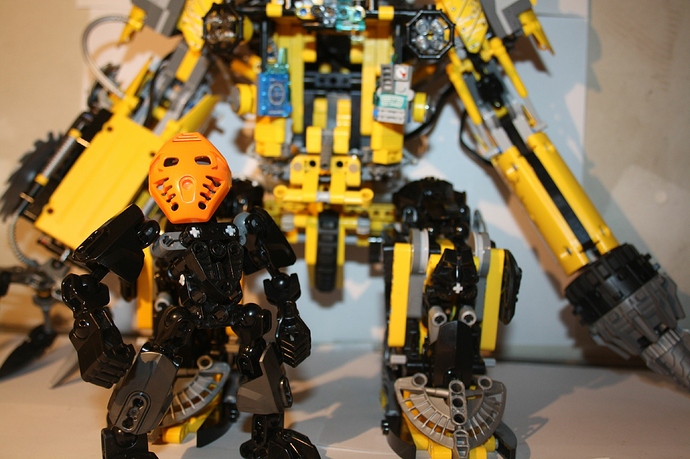 bit of a fuss to get Nuparu in there, speaking of which.

Had to go with a custom build for this and couldn’t go to extravagant in order to fit him in but he turned out quite the nifty figure. 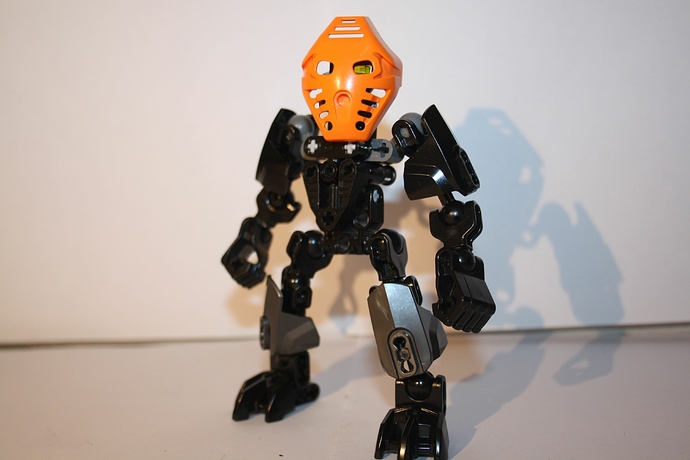 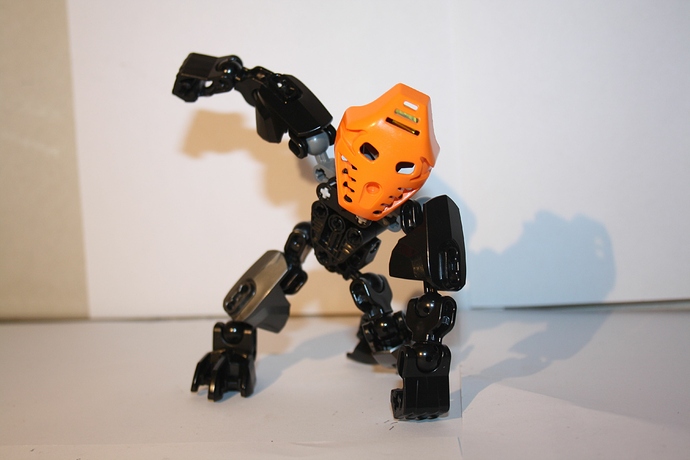 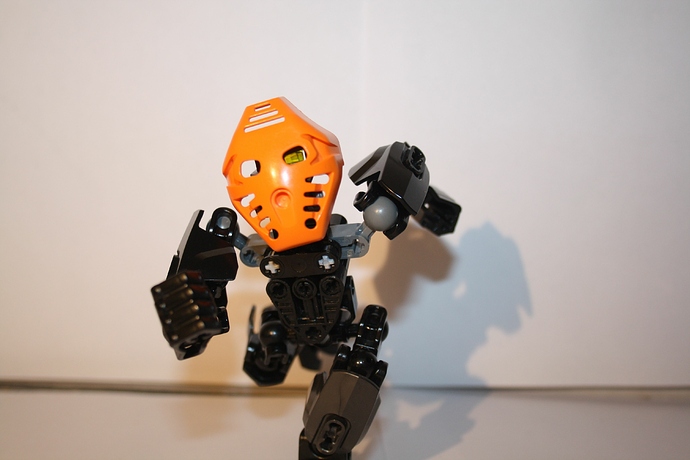 Electronics! because I wanted to experiment with motors 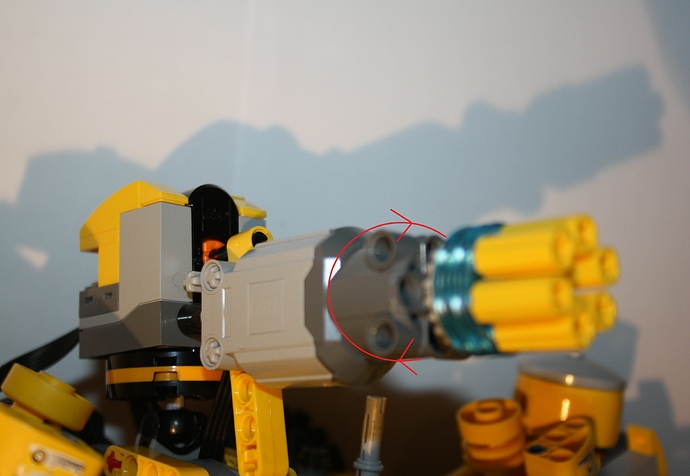 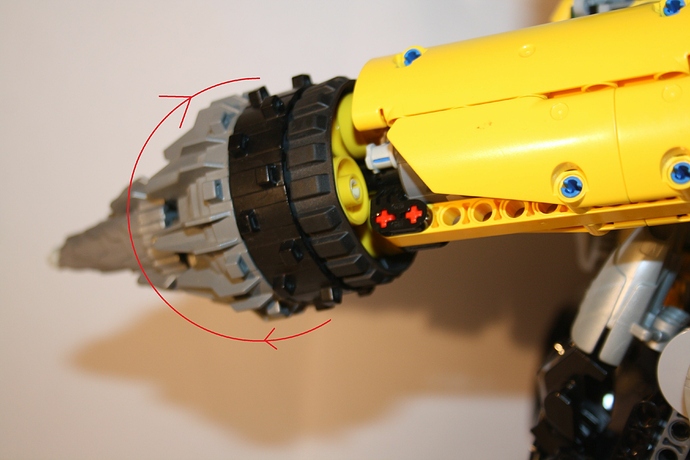 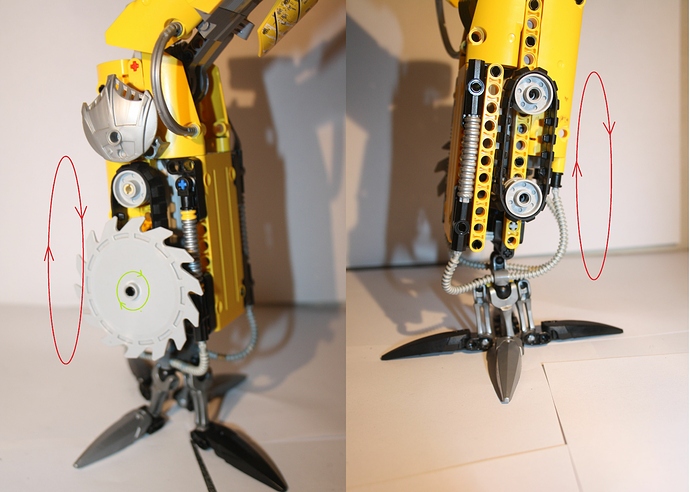 Back to small builds for a while I think… 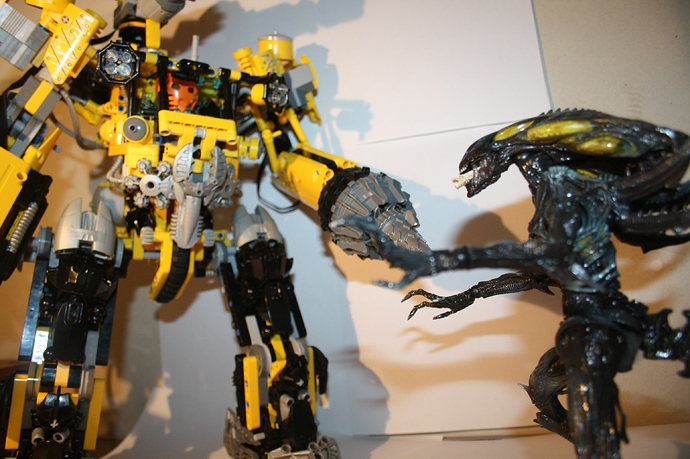 This is incredible.
GG Nuparu, GG.

Wow. This thing is really busy, but it looks really heavy-duty and mechanical. I like it how you used Power Functions, too.

quite the nifty figure.

I love this more than I should…

@SmeatyFlavor
yea Nuparu has more going for him then needed

Well if only nuparu really had this. I think this is really good for something with as much mass and bulk as this. So props to you.

This is an absolutely fantastic Emmet Mech.

In all seriousness this is fantastic, a very very good build.

…what has nuparu been doing in his spare time…

well… I may or may not have canibalised said mech to build this >.>

something he shouldn’t XD

I thought I used yellow parts

Well the Bohrok are screwed now, aren’t they?

Reminds me of Aliens. I guess you thought this too.

i love all the screens in the control seat and the power functions! this is awesome!
always wanted to do a boxor upgrade

'Get away from them you bohrok queen!"

Looks straight out of Warhammer 40k or something.
Really neat lookng.

Ho boy. Nuparu has been busy.

Incredible! Just simple amazing. I currently can’t think of any criticism. Though it looks like Nuparu redesigned Emmett’s mech.

This is absolutely amazing. I am huge;y impressed by this mother of all mechs. Amazing job. Just astoundingly amazing!