The Brotherhood of Makuta: Bitil

Here he is, in all his keetorange glory. 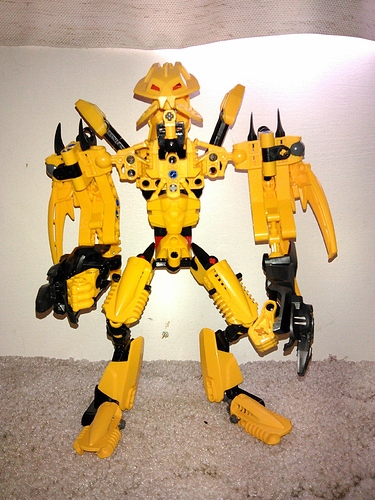 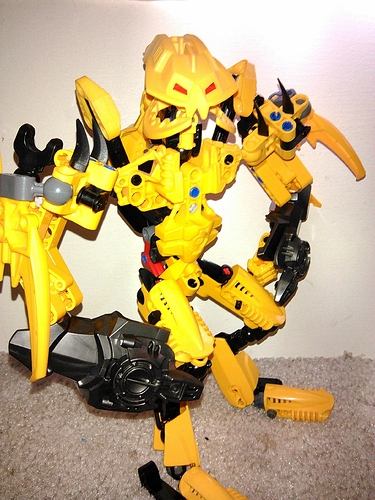 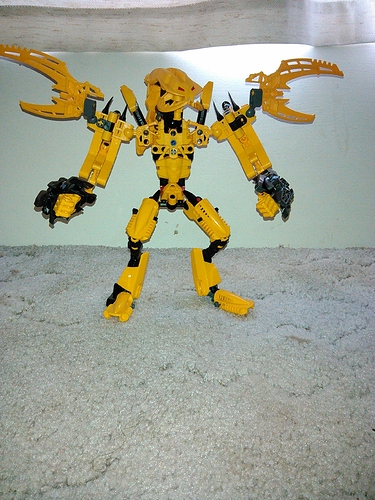 He doesn’t use a weapon, instead relying on brute force.

I like it, but it didn’t use Bitil’s head

it didn’t use Bitil’s head

that’s because the official sets of the 08 makuta are all mutated versions of their former selves.

those upper arms are pretty bad, and the shoulders of the torso seem rather bare. otherwise, pretty good.

First of all you have a lot of keetorange and second of all this still looks a lot like a bug to me third of all wasn’t the felnas the mask of time duplication. With all of that out of the way this moc is great.

wasn’t the felnas the mask of time duplication.

The Felnas was the Kanohi of Disruption.

Oh well I really got my masks messed up.

Not bad, but the arms should be remade, including the gauntlets. In fact, just remove them and replace it with some blunt force weapon or something.

Don’t ask why, I have this strange obsession with melee weapons.

I have this strange obsession with melee weapons.

I feel like there is an overuse of keetorange.

that’s because the official sets of the 08 makuta are all mutated versions of their former selves.

Doesn’t necessarily mean that they wore different masks, or that the masks they wore wear in a mutated form…

Huh, completely missed him, thanks for the reminder.

But overall, the look is quite fitting.

Keetongu and Mata Nui gave up their bodys for this MOC, didn’t they?

I’ll link Bitil on the list.
Thanks again for participating!

Moved To Lego Creations because, you know, that’s where you put your Lego creations.

also the dark grey parts holding them somehow disrupt the colour scheme for me
upper arms are a little bis too orange, could perhaps use some more black (the front of the torso as well)
gauntlets are fine, but should be black, instead of gunmetal grey (?), I think
lower leg armor would look better on the outside, in my opinion
small (!) red accents on the shoulders would perhaps go well with the red in is lower torso 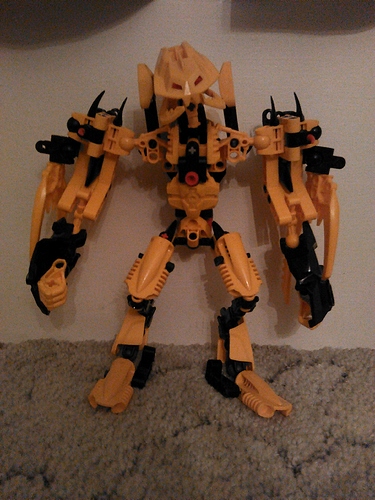 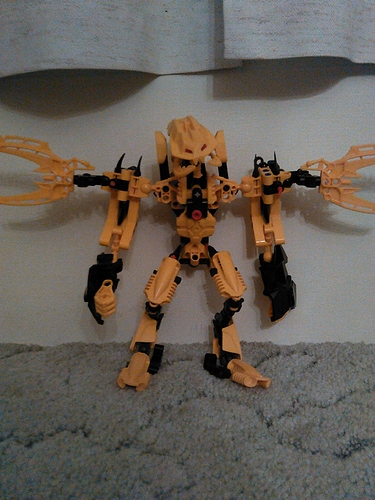