The Brotherhood of Makuta- Scarla

NOTE: The following moc and story are the property of Chicken Bond. 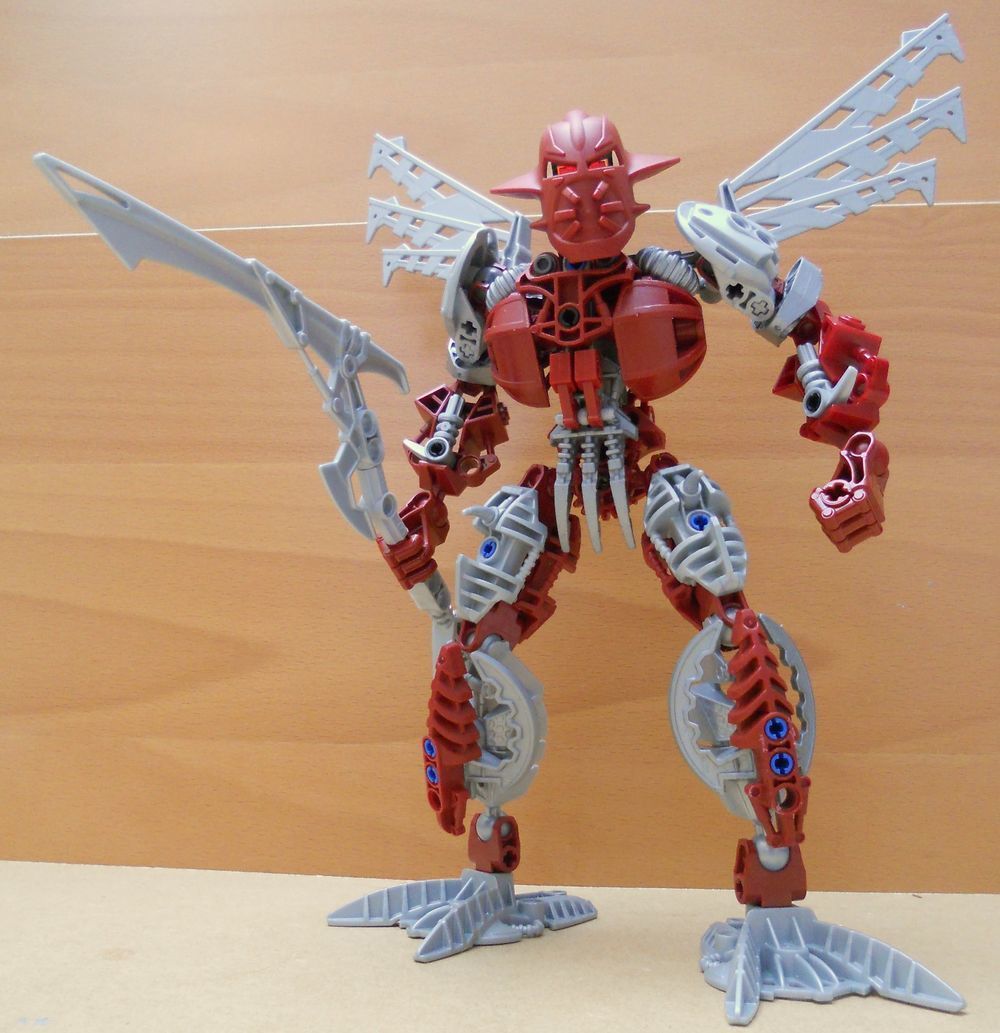 100,000 years ago, Scarla was created from a greenish-black substance
called Antidermis by Mata Nui on an island in one of the southern
chains of the universe. Shortly after her creation, she joined the
Brotherhood of Makuta like all Makuta. As per her duties, Scarla was
responsible for the creation of several Rahi breeds to populate the
Matoran Universe, her most notable creation being the Stone Rat.

Following the Matoran Civil War on Metru Nui, Scarla was assigned
by Miserix to supervise the western region of the Southern Continent.
Though she was assigned to protect the island, she was extremely
disinterested with its affairs, and cared very little for the subjects
under her rule.

When Teridax demanded a Convocation on Destral to reveal his plan
and claim leadership, Scarla was one of the first to side with him,
perceiving his plan as an opportunity to advance her own schemes.

With the Brotherhood under Teridax’s control, Scarla attempted to
use the ■■■■■ in power to her advantage, though her efforts were
frequently thwarted. Eventually, Teridax decided to send her on
extremely elusive and obscure missions for the Brotherhood as a way of
splitting her focus from her scheming.

Not long after the Great Cataclysm, Scarla was chosen to
investigate the Maze of Shadows, which allegedly contained crystal that
could unlock Protodermis cages, such as the one Teridax himself was
bound in by the Toa Metru.

Not long after entering the Maze, Scarla’s body was found near
Metru Nui’s Sea Gate, shredded to pieces. Her Antidermis was found
nearby, though it disintegrated before she could be saved. It was
deduced that some external force had overridden her will and torn her
essence apart from within, driving her partially insane in the process.
Before perishing, she sent out a cryptic telepathic message to her
brethren in regards to her findings in the Maze.

However, the meaning of her message was not clearly deduced, and nine weeks later, the Brotherhood hired the Zeverek bounty hunter Skorr to retrieve the gemstone from the Maze.

Ok, so what do I think about this MOC?

For me personally the best thing is, that she is built wholly out of G1 parts. The arms and legs are simple, but look well, as does the weapon. The Torso looks interesting and the colour scheme is well spread. Chicken Bond did a good job here. The story is also nice.

As to the text before the picture:
I guess the species thing could be cut and if there’s no information about her Kanohi by Chicken Bond, you could just say it’s a Jutlin. But that’s just nitpicking.

Great that you were able to add a MOC from an other source to the Brotherhood Project!

I got to admit this looks pretty great.
Interesting build.