The Brotherhood of Makuta: Xoth 2.0

I got to looking at the original Xoth (which you can see here) and it’s honestly… not all that good. The limbs were weirdly cluttered, the shoulder blades were weirdly attached, and the hands were odd. I knew Gilahu was working on his own revamp already, but I decided to redo it for myself. 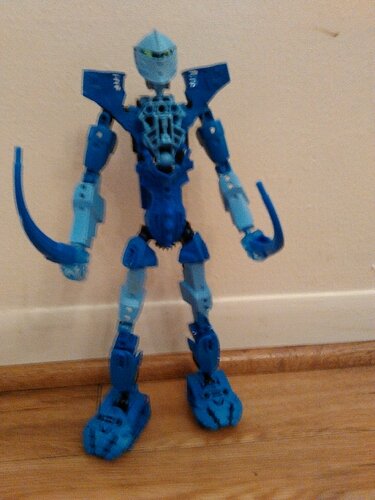 This version has much better limbs, albeit a bit simpler. 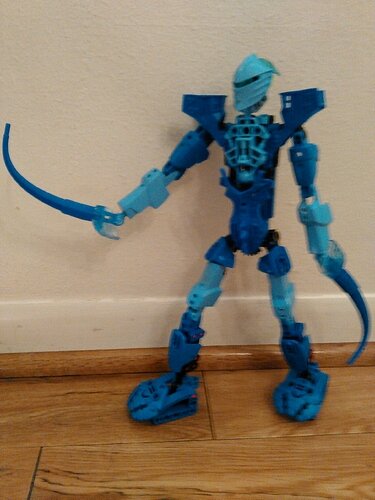 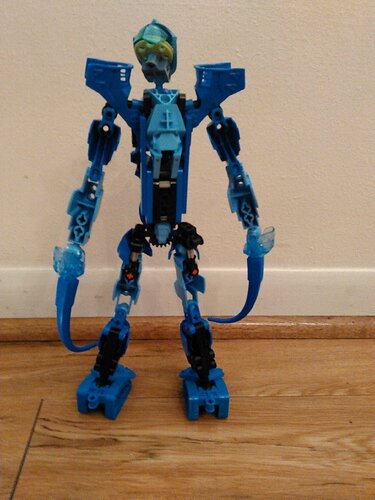 A close-up of the head – the Knights Kingdom helmet attaches perfectly to a Brain Attack Visor. No stress, and it’s abut as solid as a Mata mask connection. 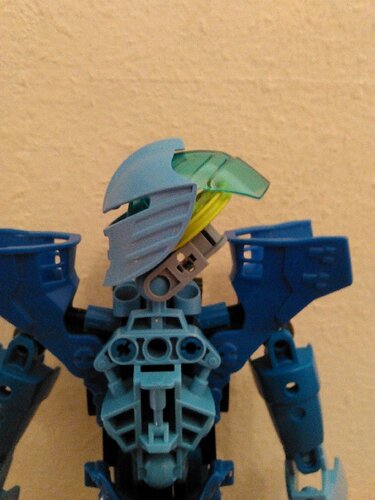 Having a debate with his sister, Isthra (the original Isthra is disassembled, so I made a quick moc just for this photo) 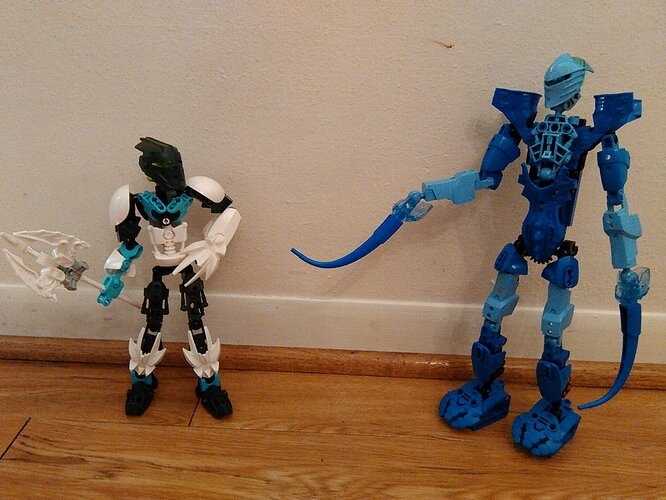 Well, that’s all for now. Feel free to share your thoughts on it. Unless you don’t want to. That’s fine by me too.

Main problems I have with Xoth are those tentacle hands which just look weird and the Jayko helmet - even if it’s apparently well connected it just doesn’t fit in my opinion.

Limbs are simple but not as cluttered as the original ones, so I guess that’s a plus. Feet are a little square.

Seems like a nice enough custom torso, but the shoulder/neck area kinda kills it in my opinion.

I’m beginning to think you and I have very ideas about what works/doesn’t work on a MOC.

I actually rather liked the head and hands (which were supposed to be hooks rather than tentacles, to emulate the blade-hands of the original). I will agree that the feet are a little square, though, and I’m not too fond of the gap between the dragon bolt head and the upper torso, but it’s not too big a deal, at least in my opinion.

Oh well, this revamp is mainly for me, since I didn’t like the original. That’s NOT to say your opinion doesn’t matter to me, of course it does, but I don’t think I have sufficient blue pieces/skill to satisfy your moc standards and my own color standards, so I’ll settle for this.

Nice to see you liked Inika Isthra though. It really only looks good from that one angle, but that’s fine since that was all I needed it for.

There are some very clever use of parts here.