Exactly what it sounds like. These aren’t my first MOCs, but they’re certainly the first ones worth showing off. I’ve been a Bionicle fan since its inception, but I only just recently had the idea to revisit my old parts bins and see what I could come up with. What was originally going to be one MOC turned into an entire series of characters, using every rahkshi head color in my collection. I tried to make them interesting though, and to be as creative as I could with those heads despite the general distaste for them in the community (personally, I like them because of their generic-ness; I don’t like my MOCs to look like other Bionicle characters). So uh, yeah. MOCs. Here’s the first of the series, in order of when I built them: 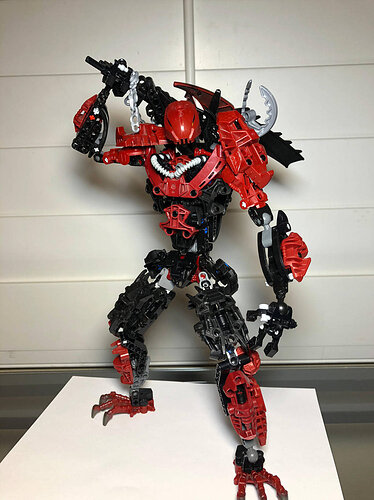 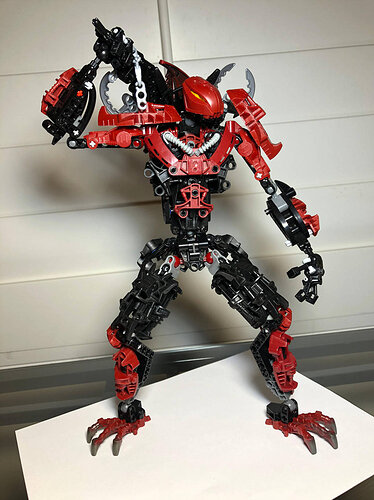 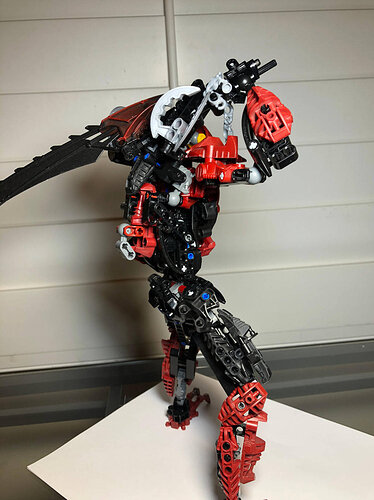 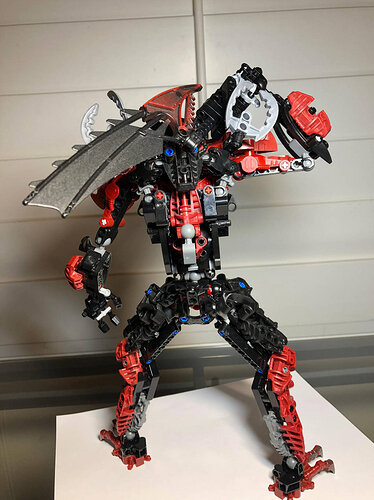 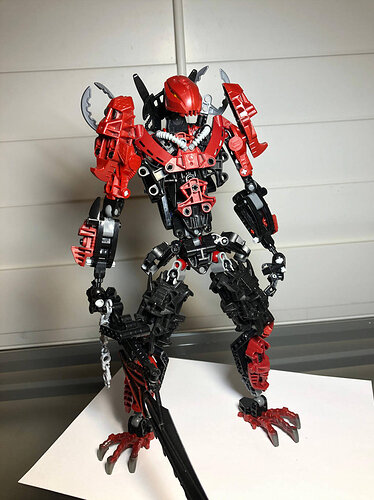 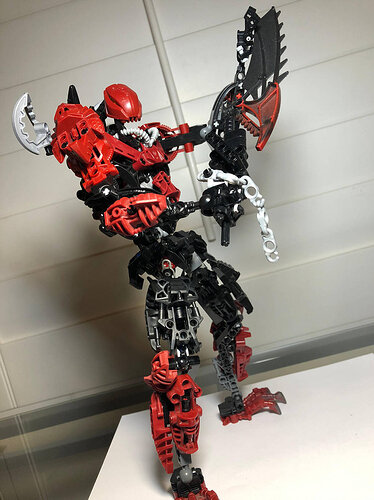 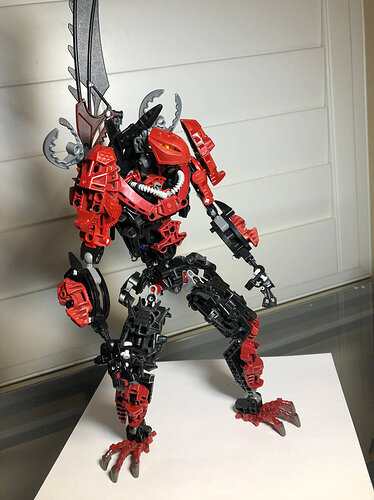 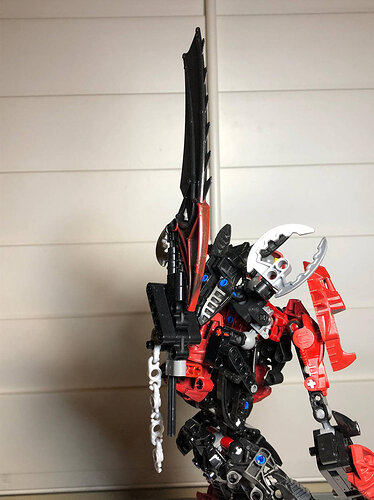 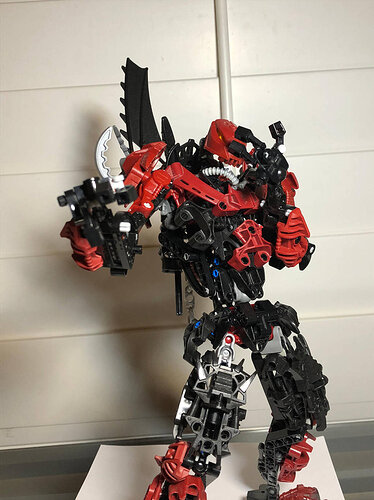 You can also find pictures on my Deviantart page, and see all my other MOCs (once I upload them).

Despite my experience with Bionicle and Lego, I’m still pretty new to MOC making, so a lot of beginner mistakes were likely made. I’m also a little limited on parts, so blue and red pins were an inevitability for my creations (as you can see from this one’s back pictures).

This MOC was mainly inspired by my time playing Dark Souls III (a cookie to whoever guesses which boss), so obviously it’s a big dude with a sword. He’s got pretty good articulation, including all the usual points and an additional waist point. The elbows are a little unorthodox, but I prioritize being able to cross the arms over the chest rather than fully bending vertically. He can still pull off most of the same poses as other MOCs, just in different ways. As a side note I’m only using original Bionicle pieces (2001-2010), because I’m pretty terrible with System and CCBS; the only exception to that are the friction-add-on pieces used at his thighs and waist.

Criticism is welcome and appreciated, and more will be coming soon! Thanks for sticking around :3 .

I really like the build, but it’s a bit cluttered, also those elbows, I feel like they could be improved upon

This is pretty cool! I am a big fan of the weapon, the custom lower arms, and the whole leg design! Also, the yellow eyes are a nice touch.
One suggestion on the arms; if you wanted to regain maximum articulation at the elbow, you could switch the upper arm bone piece out for one if these.
https://www.bricklink.com/v2/catalog/catalogitem.page?P=90607&idColor=11#T=C&C=11
More than likely, it came in the same sets as you got those friction-adders from. I can tell how much reconstruction you would have to do on the lower arms to get a G1 hand in there instead of that hordika neck, but it would solve the elbow’s angle without losing too much movement.
You can take that or leave it, but either way I am a fan, and I am looking forward to the rest of your work!

I really like the build, but it’s a bit cluttered, also those elbows, I feel like they could be improved upon

One suggestion on the arms; if you wanted to regain maximum articulation at the elbow, you could switch the upper arm bone piece out for one if these.

I actually feel about the same about the clutter of this guy. My main strategy for MOC building was basically just “throw as much as possible on until it looks complete-ish,” so that’s what happened. As for the lower arms, I like that idea with the CCBS bones, so I might go back and try it out. A lot of my other MOCs actually use similar lower arm designs, except slimmer, so that method might look too bulky for them, but it would probably look pretty good on this guy.

Wait, what? That’s the point of the MOC?

Though I do have to say… awesome custom limbs! I mean seriously, custom for days.

Good moc.
This message is endorsed by Zero

But in all seriousness, this pleasantly surprised me after a raised eyebrow at the name. Definitely making a good first impression!

EPIIIC!! This bulky dude looks fantastic! And, somehow I do like the Rahkkshi head, I think it fits. But aren’t those feet too small? Id he stable on these teeny tiny feet? I think you could do some bigger custom ones

To be honest I have no idea how to make custom feet, but you’re right, he is a little unstable