The second of my little MOC project, each with a different color rahkshi head. This time I sacrificed a little waist articulation for the sake of form, but I’m super happy with how it turned out. 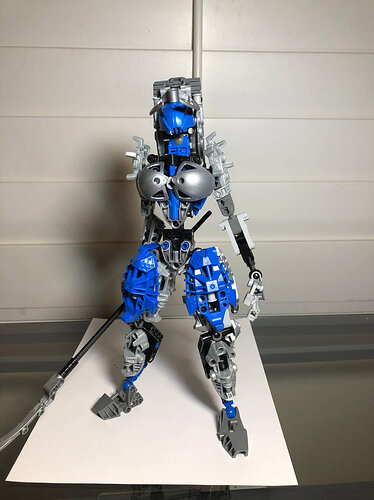 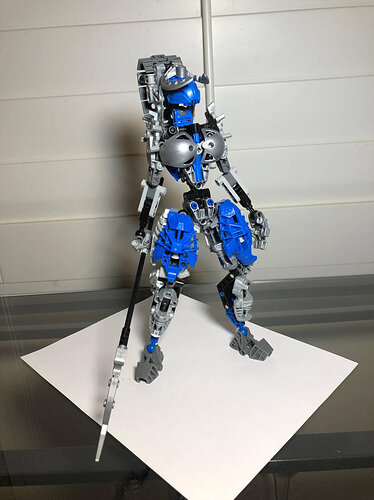 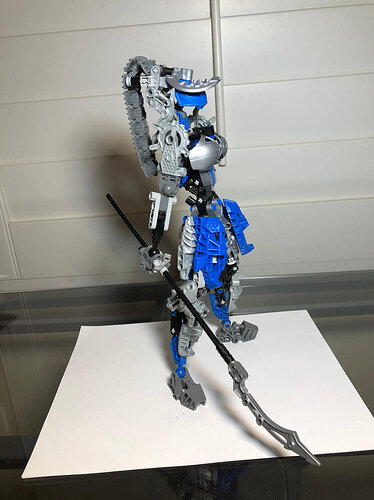 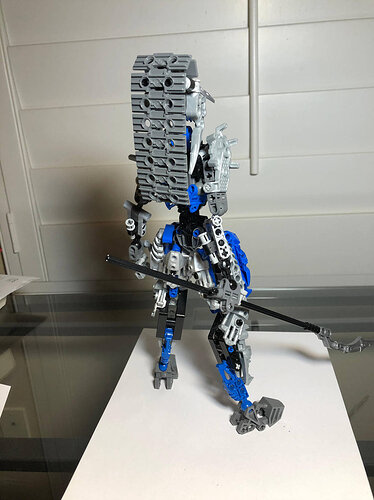 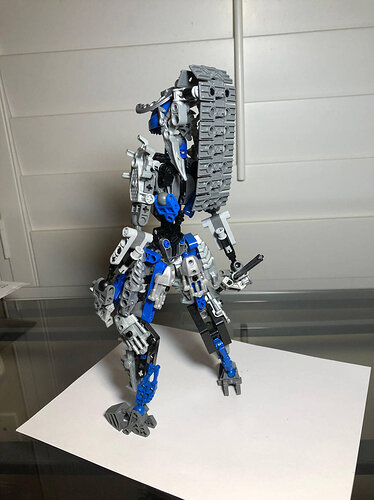 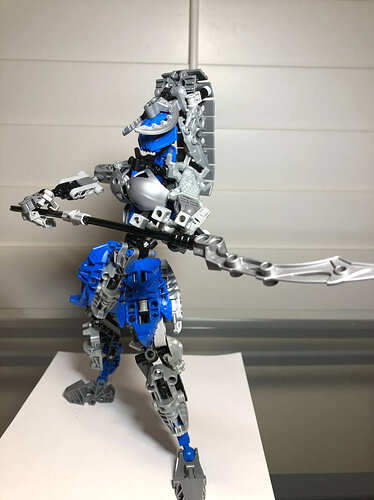 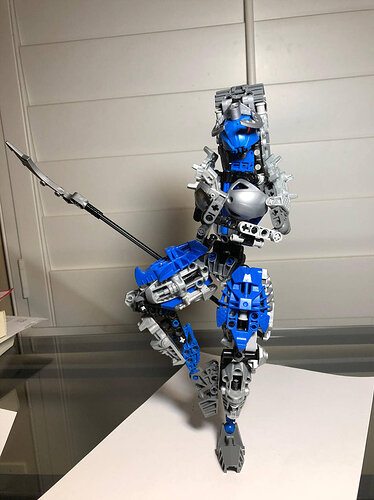 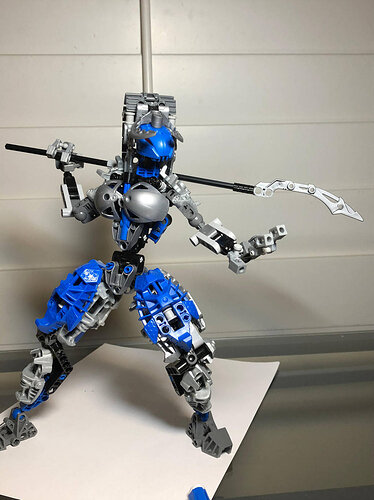 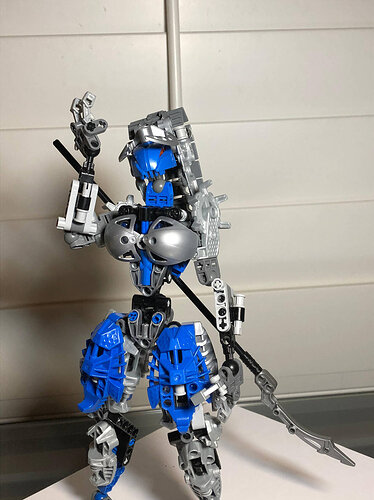 All the pictures are also on my Deviantart page, as are all the other MOCs I’ve made (which is two at the time I write this but more are coming!)

Anyways, this MOC was a total blast to build, especially when I realized that those black bohrok skull-pieces could be used as a base for a torso (they’ve got an INSANE amount of connection points, and some pretty decent shaping). The head-hair-crown thing was a total accident since I didn’t expect the pohatu nuva claws to fit so well onto the head, but here we are.

Anyways, now might be a good time to talk about the arm design I used jeez I really love talking don’t I. As people mentioned with my first MOC, the elbow articulation is a little limited, but in this case I think it’s more justified by the need for a slimmer forearm. Once again I used only Bionicle Gen 1 pieces for this MOC, for the sake of consistency.

Alright, I think that’s all I wanted to say, criticism is welcome and appreciated, and more will be coming soon! Thanks for sticking around :3 .

Yes, that’s a compliment to the MOC, Roodaka is a good set and blue is a nice color.

I really like this Moc and her design, it’s very interesting, I specially like the Head Design

you did a good job with Her

Oh look, it’s Biotube. It’s been a while.

I don’t really mind the Rahkshi head - considering without it this MOC probably wouldn’t exist - but the “hair” is a no-go from me. It’s the same colors as her armor, and the treads and pincer pieces don’t remind me of hair at all.

The torso has two problems, and they’re pretty common problems. First, the waist. 1-stud-wide waists almost never look good. The thighs already give the appearance of large hips, so if you expanded the waist to 2 or even 3 studs wide it would still look feminine. If you must use Nuva shoulders as breasts, I’d suggest you rotate them so that the axles are facing each other, and the flat side is what’s visible from the front. As it is they angle toward each other, which doesn’t really work (at least at this scale).

As for the rest of the MOC, my main complaint is that it’s too much exposed technic. The thighs thankfully avoid this problem, and I think the choice to make them “thicc” worked in your favor, as they’re well covered by armor. Can’t say as much for the shins, where all the flat technic is visible from the back, and the forearms.

Overall. A bit cliche, but it’s solid within its cliche-ness.

Oh look, it’s Biotube. It’s been a while.

Haha yeah, you got me there : P. I think the exact thoughts I had were “wow this is pretty Biorockdude isn’t it.”

the treads and pincer pieces don’t remind me of hair at all.

I wasn’t sure whether I wanted it to be hair or a crown/headress so I guess that made it confusing, fair point.

so if you expanded the waist to 2 or even 3 studs wide it would still look feminine.

That’s probably true, but I’m still living in fear of Gali Mistika, so I guess I’m overcompensating a little. I’ll likely rework most of these MOCs over time so I’ll see what I can do. (EDIT: just did a really simple fix to widen the waist a little, already looks 10x better so thanks for the advice!)

As for the rest of the MOC, my main complaint is that it’s too much exposed technic.

Personally I actually kindof like exposed technic, but I get that the shins look kindof weird from the back. I’m just not sure how to cover it up without sacrificing the nice calf shape.

Looks like it has been heavily inspired by Rhoodaka, but it’s ok. I like the use of a Thread piece as hair.

I think this is the Queen of Rakshi, Rhoodaka’s twin sister.

You gave it a quite nice female form, that’s pretty good,cool

The dreaded fe-mocs have returned!

Yeah, I don’t know what to say to this.

That was my first reaction too.

This is a good build, especially the legs. She has a warlord feel to her.
The waist is a bit thin, but I don’t see an obvious way to widen it, so don’t worry too much.
Just curious; your mocs look like they have backgrounds to them. Is there a reason you aren’t sharing those?

Pretty much everyone else has already said everything I could think to say about this, so that’s about the most original thing I have to add to this discussion

Just try and refrain from being too much of a filthy heretic, 'kay? The Inquisition might come knocking

I don’t think that exposed technic is bad in and of itself. In this case, though, it’s both flat and rounded off on the flat side.

Really creative use of Skopio tracks for the hair. Love it!