The Knighthood of Hagah (Canonization Contest #3: Honor Guard) by Lesnichiy

Finally, I am glad to present my MOCs of Gaaki, Bomonga, Kualus and Pouks.
I wanted to say that there is a bunch of interesting stuff and explanations in the text, so I recommend and ask to read it (I’ll try to be short, honestly

The use of their miramax rahagah colors is certainly unique. Oh, and I like Pouks’ legs. Good luck!

These are very good, I like how you gave them the Miramax colors based on their Rahaga forms.

These are Very Nice!

I especially like that you greebled up the Metru torso, it provides more visual detail and makes the MOC more pleasing to look at! I also really appreciate the fact that you filled out the pelvis! Like I said in another post on another entry, exposed pinholes on the pelvis piece are a recurring problem throughout most of the entries and the official sets as well!

I never would have thought on using their Rahaga secondary colors, but I think they’ve turned out quite well! I especially love Gaaki’s custom trident.

Best of luck in the contest!

A little too built up for me to consider (because I would personally like to see the original sets replicated), but they definitely could be used for art as a stand alone model. Very nicely done. Good luck. 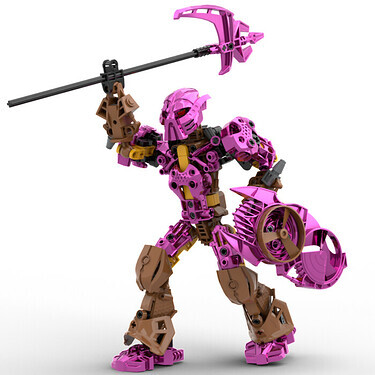 Thank you everyone!
@Atobe_Brick, @Rukah, @CMO The idea of Rahagah Secondary colors just struck me somwhere long ago, when I rewatched the Movie to gather info/find inspirations for the Contest.
@The_Blue_Panda Totally agree. If you look closely enough, you might notice that, on the last picture, Norik and Iruini have slightly modified torsos too. I always thought that Metru torso piece is too thin.

A little too built up for me

One my ideas was to make each of Hagah in a slightly different way, with Gaaki and Bomonga being more classic, and Pouks and Kualus being more greebled up. As much as I love the originals, I love filling empty pinholes.

I mean, how could I not have done that?

I really like these. A bit complex in places, particularly Kualus, but very unique in any case 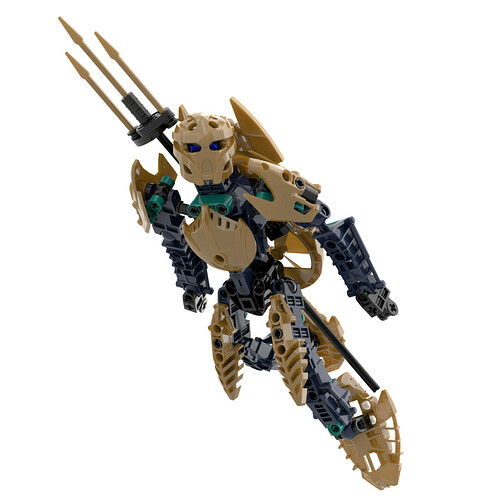 This (and the other action pose you gave her) are really unique. I would actually recommend you use one of them as the entry photo. Anything to set your entries apart from the critical mass of generically posed MOCs will work in your favour, I think.

Yeah this is exactly why pink Pouks is a bad idea.

I’ve seen people colour him with a tamer pink, but this is the actual Lego colour he would be as a set.

I really like the incorporation of the secondary colors from the movie rahaga, that’s a cute idea.

I probably won’t vote for them in the polls as they drift a bit too far from the existing hagah imo, but these are still pretty nicely done.

This is some good stuff @Lesnichiy! I like the idea of using their WoS designs for the color schemes as well as the attention to detail (Pouks being burlier, Bomonga having big feet, etc.), if I were to pick I’d say Pouks would be my favorite with Kaulus being a close second, overall great work!