The universe in which we inhabit in is but one of many... one of the infinite amount of universes that make up the Multiverse. The Multiverse had been at peace for as long as it had existed- Until one day, The Xir'algath, A race of godlike aliens existing outside of time and space, had invaded. The Xir'algath had obliterated everything on their path to conquest, including earth. Their invasion had shattered the very boundaries of time and space. All points in time, and all universe in the multiverse, had been melded together to form a singular chaotic reality. From the ashes of this destroyed and twisted reality, the Xir'algath plan to build their new empire. Now, the Multiverse's greatest warriors, from across all time and space, have been called upon to defend against this threat and d…


During the war, The Xir’algath’s ship armada travelled throughout the Multiverse, effortlessly crushing all rebellion that opposed them and their conquest of power. Despite the best efforts of those who tried to stop them, the Xir’algath annihilated every resistance, from Earth, to Space, to the Battlefield. Then, the Xir’algath captured the warriors in the resistance to keep as prisoners.
Among them were Mark, Jeff, Glub Glub, Ashley, Skader, Hydron, Trevor, Cydonia, Ghartix, Skader, Runa and Bones.
We now join the recently abducted unconcious warriors inside the Xir’algath mothership’s airlock, as they begin to awake…

Mark rolled around stirred fitfully on the floor. He then Jolted up, awake. Mark grabbed his sword and stumbled around the room, flailing the weapon aimlessly and screaming. When he fully regained consciousness, he realized that he was no longer on the Battlefield. “Where am I?!” Mark said to himself, his eyes trying to adjust to the darkness. He then noticed the rest of the sleeping warriors. And who the hell are you people? He thought, waiting for them to wake up.

“I was there with you, dumb ‘expletive’”

“Not you, them!” Mark said, pointing to the others. “Try to wake them up.” He said to Ashley.
@Traykar
@Runa
@Distraxx
@Toa_Radrix
@L.O.S.S-KAL

Ashley fired a bullet into the wall.

Suddenly, a figure who resembled a mummy jolted up. He coughed up a bit of sand before standing up. An Aquamarine amulet and a golden Ankh necklace hung around his neck. “Who are you?” Justin croaked to Ashley and Mark, his voice hoarse and dry.
@Runa
He then saw Jeff laying on the floor. “Jeff?” He said, confused. Justin kneeled down to his body. “Psst. Jeff . Wake up, Jeff!” Justin hissed, shaking Jeff’s body.

Runa sat up and looked around.

Aris stood, then looked around lazily…

“WHERE THE HELL ARE WE?!” Justin exclaimed to Jeff.

“Whoah. What a trip, dudes!” Skader suddenly said, kicking his rollerbladed legs up as he came to.

Trevor sat up. “Well this is an odd turn of events.” he said to himself.

Justin then suddenly saw Trevor. “A Plague Doctor followed us!” He exclaimed lunging at James. Mark joined in as well. “You kidnapped Sadie.” He said as he prepared to smash his hilt into James’ mask. “Whoa, wait a minute! I’m fine! I’m on your side!” Trevor said, scrambling away. “Oh yeah? You just tried to kill me!” Justin shouted back.
“But I’m innocent! you guys can vouch for me, right?” Trevor asked Aris, Glub and Ghartix.
@Runa
@L.O.S.S-KAL
@Distraxx

“you’re not helping!” Trevor hissed. “Listen, I don’t think I know most of you, but I hate the Plague Doctors as much as you do.” He said to justin. “Huh. Sounds a bit hypocritical coming from a guy wearing a Plague Doctor suit!” Justin replied. “Look, we’re all stuck together, so can we just trust each other for the time being?” Trevor asked. “…Fine.” Justin grunted.

“And Who are you, anyway?” Justin asked Aris.

“What are you doing with him?” Justin said, pointing to Trevor.

He shrugs again. “I was told to and didn’t really care enough to protest.”

Trevor’s eyes suddenly narrowed as he saw Justin’s Ankh. “Is that the golden Ankh?” He asked, pointing to Justin. “Oh god, here we go again!” Justin groaned. “This is bad. This is a bad omen” Trevoe muttered to himself. “Why? Why is this bad?” Mark asked.
Trevor then pulled out a tarot card. “The leader of the Plague Doctors, he once showed this to me.” Trevor said. "“He is trying to create the Emperor.” Trevor displayed the card to everyone. “Does this card look familiar?” He said as he showed the card to everyone. 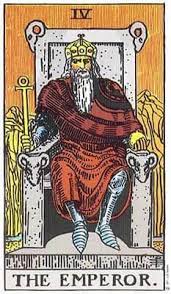 “The hell is a plague doctor?”

“during the Renaissance period on the planet earth in 1665 a massive epidemic broke out, medicine was poorly understood back then so when people became ill they were “treated” by these doctors, the doctors wore beaked masks packed with aromatic herbs to protect them from foul smells which they believed caused the plague, the disease was in fact carried by fleas but the thick leather robes of the doctors protected them from flea bites but they never knew this. The plague scarred the culture of the humans for millennia with the plague doctor becoming a symbol of death, decay, and terror.”

He looked at everyone else

“What, I am from earth and immortal. I’m good with history”

the plague doctor becoming a symbol of death, decay, and terror.

“Which was precisely what the Society of the Plague Doctors was founded upon. They believe that such virtues are the cure to mankind’s condition of ‘sinning’.” Trevor said, Putting his own two cents in.

Justin gasped as he saw the emperor card. “Yeah. I met a few Plague Doctors on earth, and they tried to kill me for my Ankh. I think it might be some sort of ‘ingredient’ for raising the emperor, whatever he is.”

“We can take these chumps.” Ashley growled, brandishing her rifle.

Justin joined on. “Yeah!” He said, running towards the Xir’algath. However, he was quickly laid out on the floor by a guard.

The Xir’algath placed a device on the floor. It then revealed itself to be a bunch of miniature robots, which quickly scampered towards the warriors.