The "Look What I Just Got!" Topic

I bought this as an impulse purchase at target yesterday. 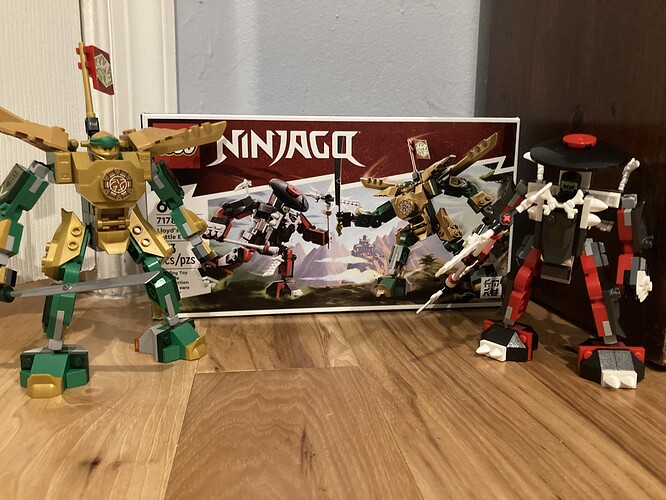 I haven’t been able to take any photos recently, but I can state most of my recent acquisitions: APC Toys Demonic Wisper, Mei’s Dragon Jet, and several Bricklink Orders.
The one thing I cannot simply state is one of my most desired sets, In fact its one of my Holy Grails: 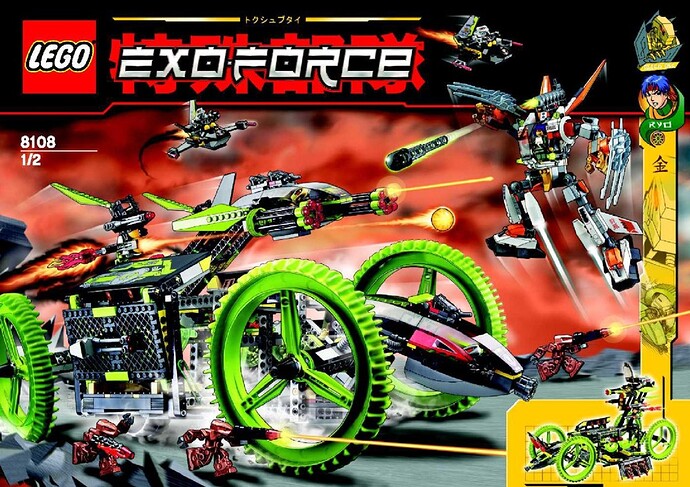 Mobile Devistator1000×707 259 KB
It’s only missing a pair of brown robot legs and the stickers for the front cockpit.
Strangely, I ended up with some extra pieces. Alas, this set uses 2 lime green hand pieces, and when I was building it, the Curse of Lime Green Plastic took one of them.
6 Likes
MaxinePrimal January 20, 2023, 5:56am #12004

Today I went to the mall with two good friends of mine to celebrate my birthday. We saw Puss in Boots: The Last Wish while we were there. And it was absolutely amazing! Easily one of the best movies DreamWorks has put out to date.

And while we were there, I got a pretty solid haul.

First would be the model kits. Couldn’t find an Hg Aerial unfortunately. But I did snag these two for decent prices. 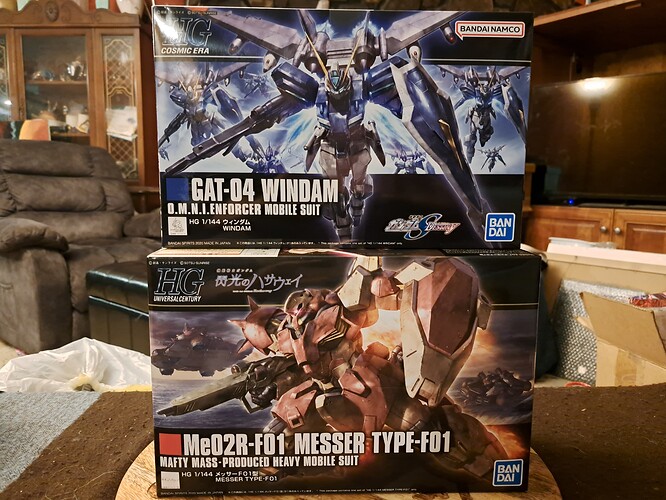 Also got a new charm for my purse. An Earth Kingdom insignia. 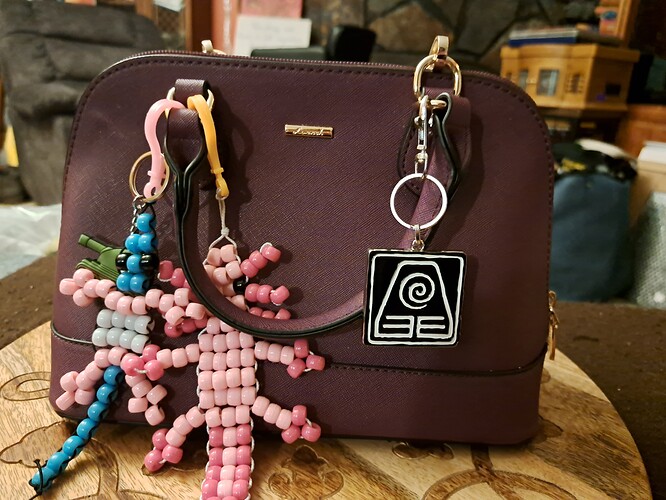 We checked out the Bricks and Minifigs, and despite having absolutely zero interest in the new Avatar movie or any of the Avatar Lego sets, something about this big space whale just called to me. And one of my friends agreed to get it for me. 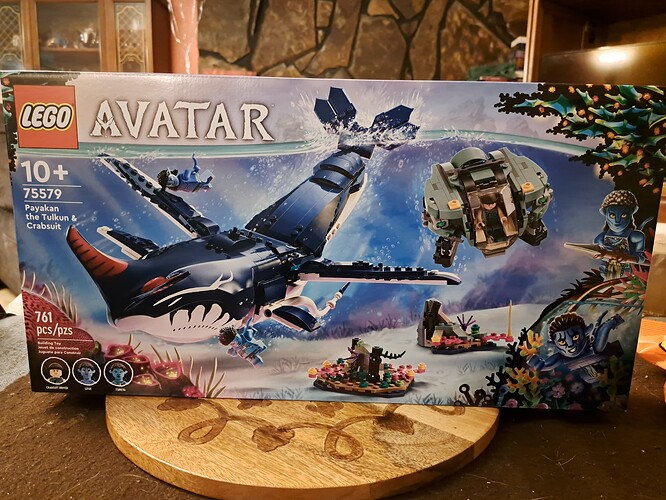 And finally, after I came home, my little brother gave me a couple belated birthday presents. 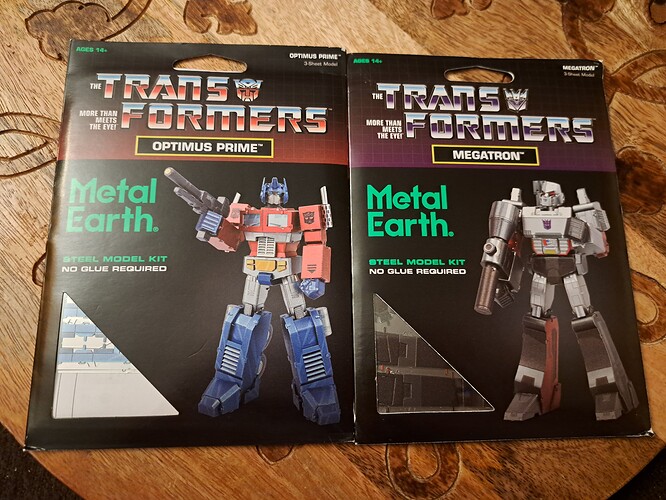 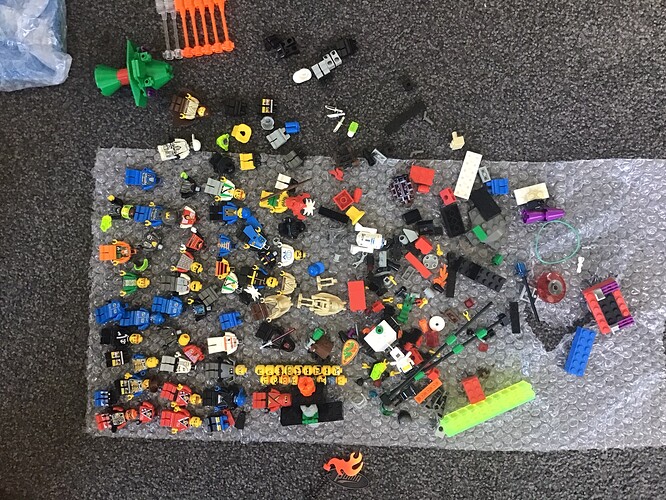 And I got this: 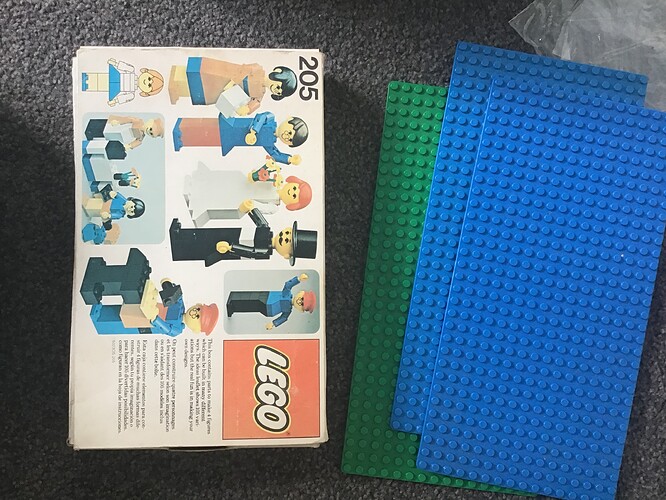 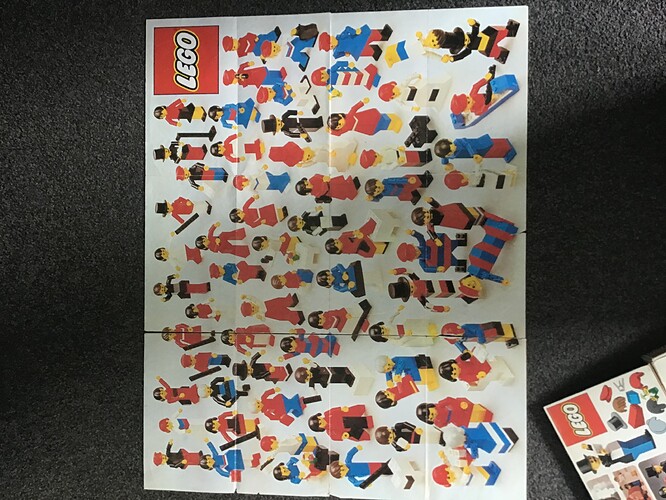 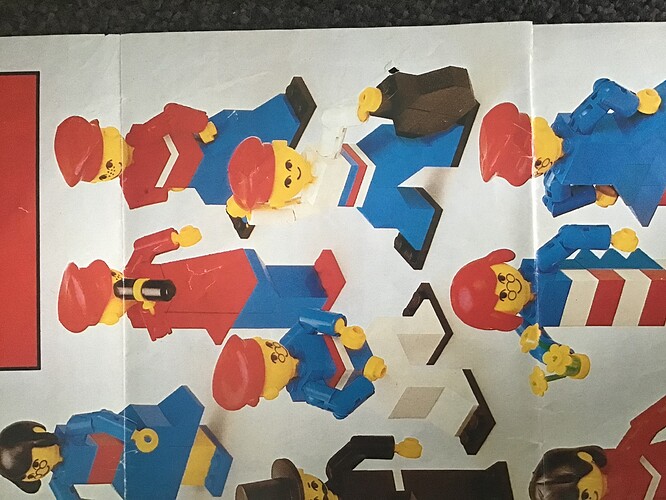 hol up is this ghid?? 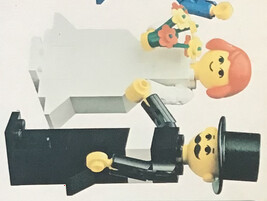 hol up is this ghid??

No this one’s ghid 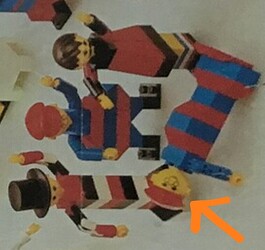 well what about this ghid?

Another plastic robot man joins the ranks of my ever-growing collection. 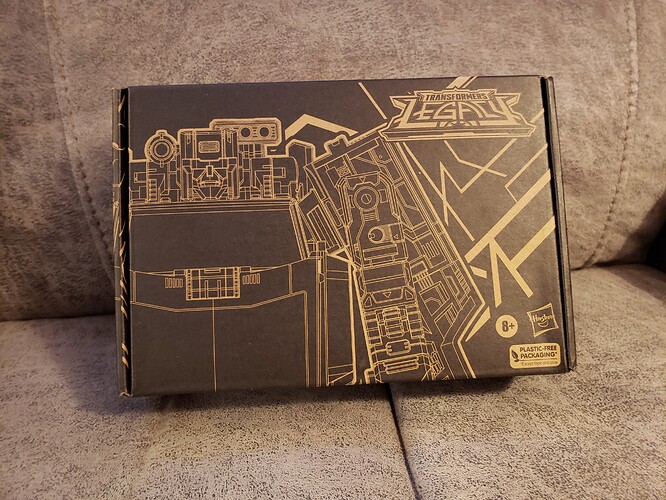 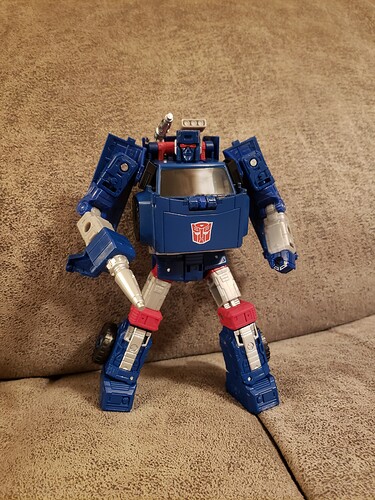 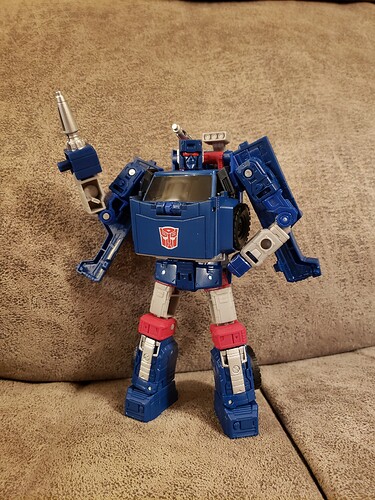 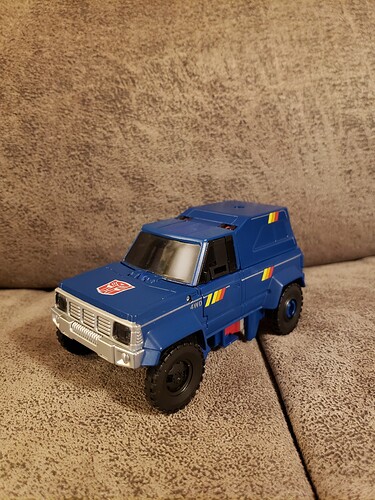 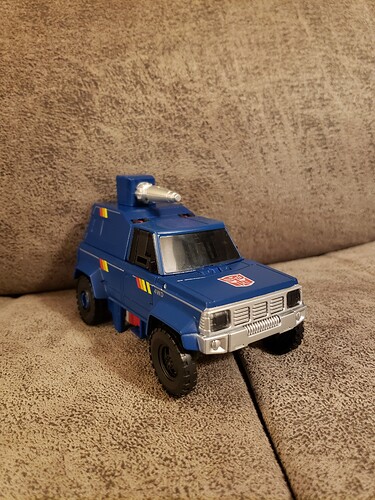 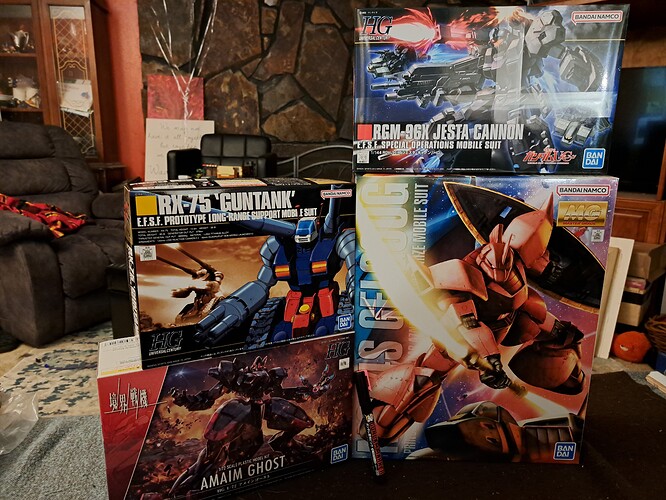 Finally got the laptop ive been saving for 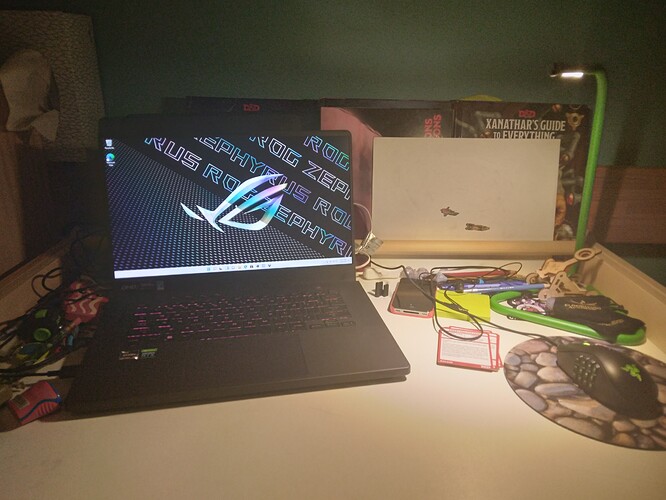 It’s not Jesta gundam, eh?
(Pardon the pun, it was too good to pass up).

Before black comes out I decided to order the rest of the Dino thunder team and it seems on accident I ordered the wrong white. Kinda surprised you can still buy legacy collection non secondhand. 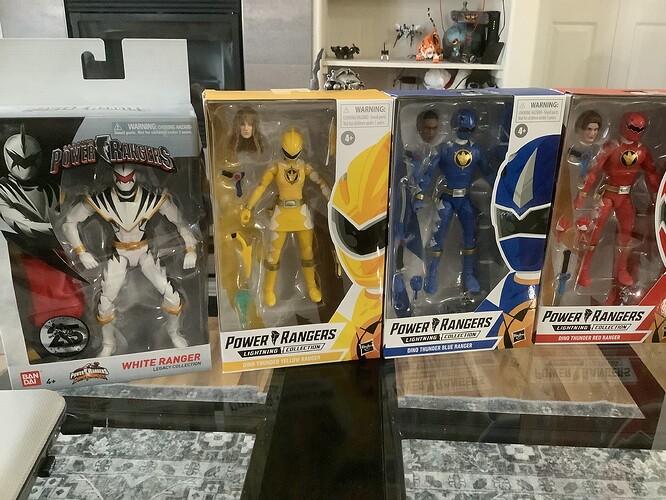 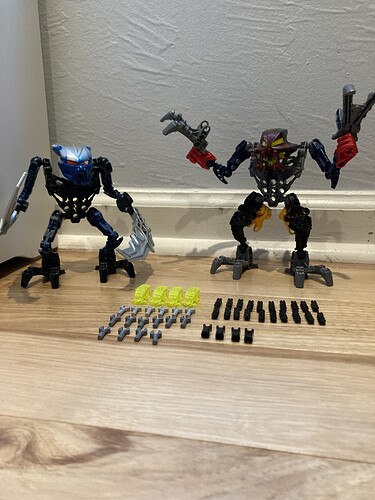 image3024×4032 2.27 MB
I mainly made this order for some short brainstalks so the voyatoran can see while still having decent neck articulation, but there was a minimum buy on the store so I pieced together most of galva and his friend who I named “mister beast”

galva and his friend

you both got gavla’s name wrong and misgendered her

from what I can tell this is bizarrely common, people seem to either think her name is galva or think she’s a guy

I think she’s been disrespected long enough, she’s had to endure this for 15 years

the misspelling of her name is probably due to @Galva_Nize, at least that’s why I spelled it that way

as to galva being a girl, I guess I kinda just forgot that all of the blue characters were girls until 2009

also I think mister beast is my greatest creation yet

idk if Bohrok, Visorak, Rahkshi or Vahki have genders to speak of so they were not included

Aside from Gavla, all the other blue villain sets are male
Maybe that’s where the confusion comes from?

The Rakhshi and Bohrok are just robots, so I doubt that they have any concept of gender. I don’t know about visorak, though.

from what I can tell this is bizarrely common, people seem to either think her name is galva or think she’s a guy

I frequently misspell her name and/or pronounce it wrong as Galva rolls off the tongue a lot better than Gavla. At least for me anyways. While from a written standpoint it follows a lot of the same trends as other blue Matoran/Toa/Turaga (Gali, Hahli, Vhisola, Dalu, etc.), it doesn’t have the same mouth feel.

If we just stick to primary set gals, we also got Nokama, Gaaki, Macku, and Idris. They don’t end in an L + vowel like the others, it is vowel-consonant-vowel for everyone except Idris. Even with the previous, it’s either a strong or alteration of the vowel before hitting that L-vowel combo, which Gavla doesn’t quite follow. That v+l combo acts as two layers of separation of the vowels in pronunciation, so not as smooth to say. While the swap of l+v has a similar problem, it weakens the V considerably and becomes more of an extension of the ‘ah’ sound.

Or I’m completely insane trying to work out excuses to justify my constant error.