We all remember the end of 2008. Lego revealed that Mata Nui was actually a giant, 40,000,000 foot tall robot, and all of the islands and cities in the Matoran universe were part of his body. The video of him waking up and rising onto his feet again is nothing short of epic. Even the idea of a giant robot the size of a planet is pretty cool.

Scientists have studied land animals and the strength of their bones and muscles, and they have determined that the maximum weight for a land animal is between 110 to 1100 tonnes. In all fairness, the Mata Nui robot is not an animal. It’s…well, a robot. But that does not excuse it from these rules. Science has shown that, the bigger an object gets, the amount of surface area relative to volume drops dramatically. So a 40,000,000-foot-tall robot made of metal, dirt, water, plants, and Great Beings know what else would weigh an incalculable amount of weight.

Some people have theorized that skyscrapers, which are also made of a variety of elements, can be taller than they are. But the problem with this is that, in order to support the skyscraper’s weight, the base would need to be expanded. A similar principle MIGHT work here, but if an object is forty million feet tall, its base would probably need to be at least that length. And the Mata Nui robot is humanoid in shape, so its base is only a fraction of its height. Therefore, its legs shouldn’t be able to support its weight.

Their fight involved a good deal of physical contact, most notably when Mata Nui shoved Teridax into the path of Aqua Magna. But the punching and hitting…that should’ve done a lot more damage than it did. Even if we’re being generous and assuming that those gargantuan robots are able to generate enough force to move their limbs fast enough to punch like a human-sized being, those punches are still going to have a lot of force. A robot that’s 40,000,000 feet high…that thing’s gonna be punching with the force of a speeding asteroid! Even assuming that the robots’ metal plating is strong enough to resist those strikes, there’s still gonna be an unbelievable amount of kinetic energy transferred. Those artificial spheres that house Metru Nui and the other Matoran cities and islands would be destroyed instantly.

No wonder Mata Nui was pulling his punches in his fight with Teridax.

It’s a fictional world where half robot, half organic beings use elemental power and have emotion, but not love.

BIONICLE isn’t the first thing that comes to mind when I think “realistic”.

If you thought of this, the Great Beings probably did too, and took measures to circumvent the problems. Really good muscles/supports that can both hold up the weight of the bot internally and disperse kinetic energy (except in the head). Not sure how, but I’m no mechanical engineer.

Yeah, there is those issues with balance and stuff in our science. But, this is Bionicle. Mata Nui robot (and prototype) are veeeeery tough. Uncalculatably tough. Like hey, that head was to be crushed by a planet (or a big fragment of a planet) to just make a hole in it. That solves both problems with standing and punching. And with the stability issues let’s say that Mata Nui has very cool gyro sensor. His legs are not static basement, like that of skyscraper, they can move. Am my close to issues you found?

In somewhat fairness, the GSR was supposed to be smaller, but someone on the story team (maybe Greg, maybe someone else) decided that 40 million feet sounded better than the original height (which I can’t recall).

BIONICLE isn’t the first thing that comes to mind when I think “realistic”.

True, but still. Even in fantasy worlds, it can be interesting to think about how things would fare in real life.

ike hey, that head was to be crushed by a planet (or a big fragment of a planet) to just make a hole in it.

But…if a falling planet made a hole in the GSR’s head, then you’d think that a punch from a robot of a similar size would at least make a dent.

In somewhat fairness, the GSR was supposed to be smaller, but someone on the story team (maybe Greg, maybe someone else) decided that 40 million feet sounded better than the original height (which I can’t recall).

Well, the Mata Nui island was originally the size of Denmark, so…

The GBs had access to all sorts of tech, not least anti-gravity, so I have to assume that plays a role. I don’t think they would have designed a robot to observe other planets that would destroy them on landing.

Wait a moment here. Aqua Magna was much larger than GSR, so he can stand on it without drastically affecting its orbit, day length an so on. On the picures we have seen that Aqua Magna was actually a veeeery big planet, GSR wasn’t even much extending the atmosphere. Well, that picturewith that GSR-head-sized meteor is confusing… Also, those punches actually were making dents, it was said that Visorak were fixing GSR from inside to keep it intact + BS01 saids that GSR was “badly damaged” during the fight, not only because of meteor/planet.

Not everything has to make sense. I drew a fantasy map shaped like a bird - it looks neat and is where the entire world gets its name from. It doesn’t bother me in the slightest that this would never actually happen in real life.

it’s a story for a toy, it’s alright for it to be fictional.

wow, really? That must be a really crazy cool world with lots of fictional and science-defying worldbuilding!

Aqua Magna was much larger than GSR, so he can stand on it without drastically affecting its orbit, day length an so on. On the picures we have seen that Aqua Magna was actually a veeeery big planet, GSR wasn’t even much extending the atmosphere. Well, that picturewith that GSR-head-sized meteor is confusing…

Which leads to another question: how big are the planets, exactly? We’re told that the GSR is forty million feet tall, and apparently that’s only a fraction of Aqua Magna’s size. And Bara Magna is bigger than Aqua Magna or Bota Magna. And yeah, there’s this map: 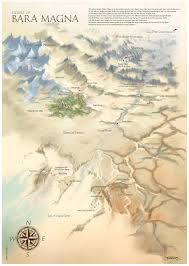 But that’s only a fraction of Bara Magna’s size.

Any large mech/robot/monster etc etc can’t exist. As others have said it doesn’t really matter if it’s unrealistic (I personally don’t believe in the 40 million feet measurement) although you can come up with “handwavium” technology to explain how it’s still standing, such as the metal (somewhere) is described as being bio mechanical so maybe it weighs a little less or could grow/adapt/repair, or maybe protosteel and the other unusual elements used have increased strength or the fact that the GSR can manipulate gravity suggests it could have such mechanisms internally to alleviate stress in areas.
-sorry for the rant, this subject really gets my imagination going

I hate the 40 million ft detail as well and think it’s beyond stupid, but not for being unrealistic. Nothing beneath the surface level of Bionicle’s setting or story is remotely realistic; I don’t care how many times Greg claims otherwise, it’s straight up fantasy. “““Science””” fantasy at best, if you wink and nod. No, I hate it because it conclusively screws up any and all sense of relatable scale and distance in the Matoran Universe first, and then brings it to downright laughable levels by the time we consider Bara/Spherus Magna. But the realism angle and questions about why 2 planet sized robots brawling on the surface of the world hasn’t caused weeks of apocalyptic aftershocks is a nice icing on top.

But the realism angle and questions about why 2 planet sized robots brawling on the surface of the world hasn’t caused weeks of apocalyptic aftershocks is a nice icing on top.

Well, you would think that Makuta Teridax’ GSR would create an earthquake when it fell dead to the ground.

We’re all aware that absolutely nothing from Bionicle could actually exist outside of minor plantlife. There isn’t a single piece of sapient life that could exist in the real world’s parameters.

Why, then, did there need to be a topic informing us through general physics estimates about how the arguably least likely of the whole bunch can’t exist? Like, Yes of course it can’t exist. We didn’t need proof, we didn’t need a compelling argument, it’s a 40 mil foot robot god.

I guess I just don’t see the point.

“Real life physics don’t apply in BIONICLE, unless scientists discovered Protodermis yesterday and I wasn’t told about it.”
– Greg Farshtey

Bionicle doesn’t follow real life principles of science, and I’ve never understood why that seems to whip up controversy so often. It exists in a universe without humans, and is entirely separate from the “real” world - and if the Bionicle universe is distinct from ours, it isn’t a huge leap to suggest that different fundamental, underlying principles of physics and chemistry exist in such a universe. Yes, it breaks a lot of rules, but there is not a single reason to suggest that those rules are even the same in Bionicle’s universe - just that they result in phenomena (like gravity and heat and whatnot) that behave similarly from an observers perspective.

That aside, the idea that “Big Robots will punch harder” (which is probably a thing in Bionicle) actually adds to the final fight, in my opinion. The idea that these absolute titans are having to endure extraordinary blows, and that Mata-Nui is really having to measure out the strength of his hits carefully, makes it all the more intense (not to mention accentuating even more of the “David and Goliath” style disadvantage that was set up for that fight).

My only issue with the GSR’s given height is that it has a lot of problematic implications when scaled against other landmarks in Bionicle. But I’m not opposed to it from a feasibility perspective - just from a consistency one.

I’ve read the article about origins of bionicle line with it’s creator (it was not Greg) and the idea of toa arriving in capsules to save The Great Spirit came from ‘life’ of it’s creator. He was sick and had to take some pills from time to time and he imagined like things from pills are fighting with ‘evil molecules’ (viruses I guess) and then he came up with an idea of a great robot infected with a virus and heroes arriving in capsules to save the robot. And this story, or rather the idea for it, has been created in the very beggining of bionicle line in 1999 or 2000.
If I’ll find the article I’ll post it here later.