Lol believe me when I say It’s a physical impossibility, unless I were to learn left handed and backwards. My right leg is messed up from childhood running injuries that make using a kick drum for longer than 30 seconds incredibly painful.

So instead I give drummers a hard time because as a bassist, I feel I have to give the other half of the rhythm section some good natured ribbing 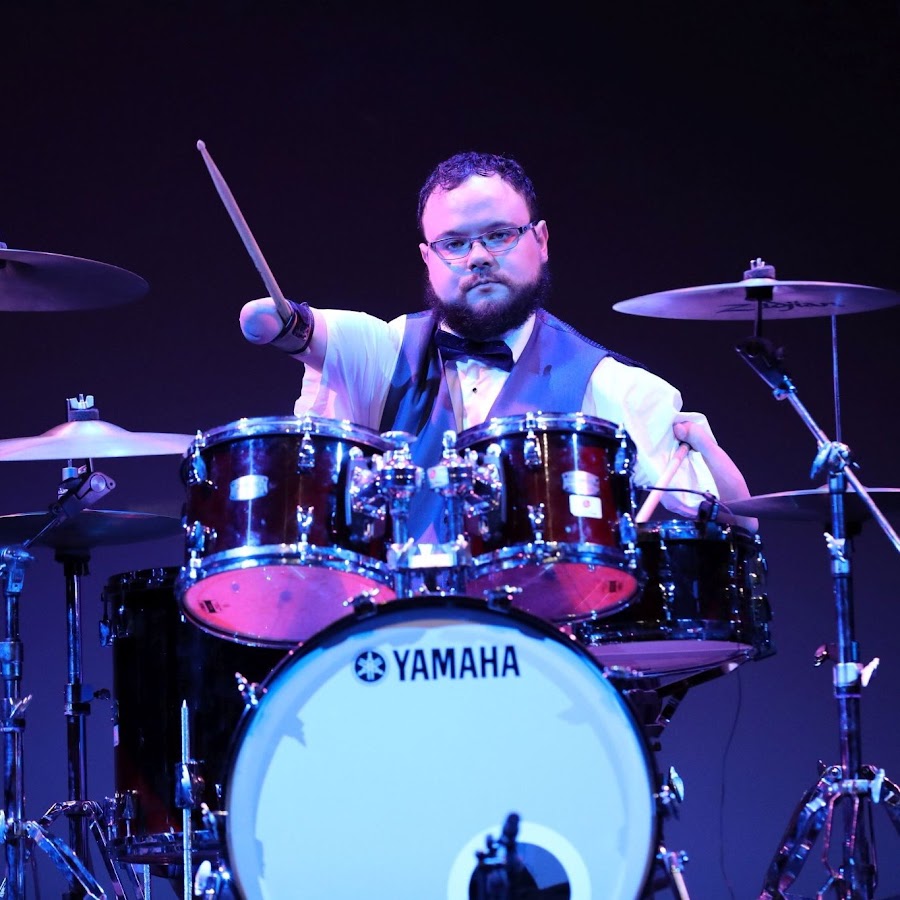 Born 20/12/1991 in Romania Brought over to England. Disabled drummer. Philosophy and Theology Graduate, Oxford University. Servant of Jesus. Follow me on Twi...

First I tried was piano, and even after numerous attempts over a few years with a few teachers giving lessons (one being my aunt), I still cannot read sheet music and place my hands properly. That said, I have learned a couple notes starting Fur Elise just by ear, but lost that precise order over time.

There was harmonica that was given to me as a gift. Best I learned was there is a difference of notes between inhaling and exhaling. I had a book to practice but didn’t try every song to get the notes down.

Drums was next, and despite my ambition and getting a free set as a hand-me-down from my cousin, as well as a few instructional videos and a lesson or two from my uncle, I rarely picked up the drums. The problem was they sat in the family room in my house at the time, and even a slight tap would be heard throughout the whole house. My dad was a stickler for noise, despite my older brother playing rhythm guitar in his room and my dad knowing some guitar but rarely playing. I felt discouraged and that drum set passed us by. That said I practice rhythm often using any objects and picking it up in music. My best potential, lost.

Some time later I got a gift of bongos, but didn’t practice for a similar noise reason, and not having a set of lessons to practice which drums or sides to hit for which sounds.

As much as I love music, I get sad thinking how I never adapted to playing it myself. I wouldn’t try guitar because I was scared it was too complex. In grade school before most of these stories, I liked the idea but my parents refused to pay for instrument and lessons. Now the interests are gone, and no skill is learned. Bass guitar creeps up in my head every so often, but mostly because I can pick out the bass line in a song and follow it by humming. Like guitar, might be too tough for me to line up notes properly.

I want to believe there is still time, but at 25, I still have to get other important parts of my life together, and I can’t see music as a gateway into having a settled, sustainable life for me.

Sorry to be the party pooper.

P.S. Unless Guitar Hero counts, because I can shred on Hard mode for either Lead or Bass guitars. Drums gives my foot a workout, I might be doing it wrong.

You and I are in the same boat.

As such, I sing in choir. Your voice is an instrument right?

My dad was a stickler for noise

As a drummer, I feel this pain. That why I use an e-kit for practice, and usually only use my acoustic for videos or audition (only had one haha). I recommend going back to drums at the next chance you get. Even if you go to guitar center and play for a few minutes a week, maybe get a practice pad (idk this market and I don’t have one) and sticks (I recommend promark active grip 5As). Drumeo on YouTube has plenty of great beginner to advanced lessons, also looking up drum covers of songs I like has helped me pick up little ideas

Another good option is outfitting a drum kit with mesh heads and getting low volume metal cymbals; both still reasonably feel like ‘real drums’ and you can get the drums at least for less than an e-kit would go for.

Depends on the kits. Entry Level is usually the same price, plus with electronic you don’t need to buy additional cymbals or heads

Yes, I’d like to think I can still sing or a capella, but I never had lessons or training in high school, and on my own I can tell when I’m off or not able to reach a note.

Multiple times I considered making a capella off songs I like, but I was too afraid how badly they’d turn out or how people would hear them if I ever shared it. Closest I’ve done was “Who Do You Want To Be Today” by Oingo Boingo, a ska punk song, that I got ambitious wanting to make a capella and then filming my own music video of sorts, to publish it in time for Halloween 2019. As stated before, highly ambitious

, as I barely got the music done in time for the occassion, but it seemed off in timing or depth. I recorded a vocal track and then a track for each instrument, but when I paired them all up, I scrapped the whole thing, embarassed to half-fulfill something unique.

Don’t give up man! Maybe get some sound editing software to sync it all up better