The origin of zork

words ringing in his head…

rise from your grave…

he got up.
everything felt strange.
he wasn’t wearing a mask.
he had vague memories of
a boy with a yellow hau…
suddenly,
he heard a rustling in the rubbish bags.
his head whipped round to see what
it was. a disturbingly frail creature was
rising up out of the bin bags.
it limbs were like hoses.
on it’s face was a blue pakari. 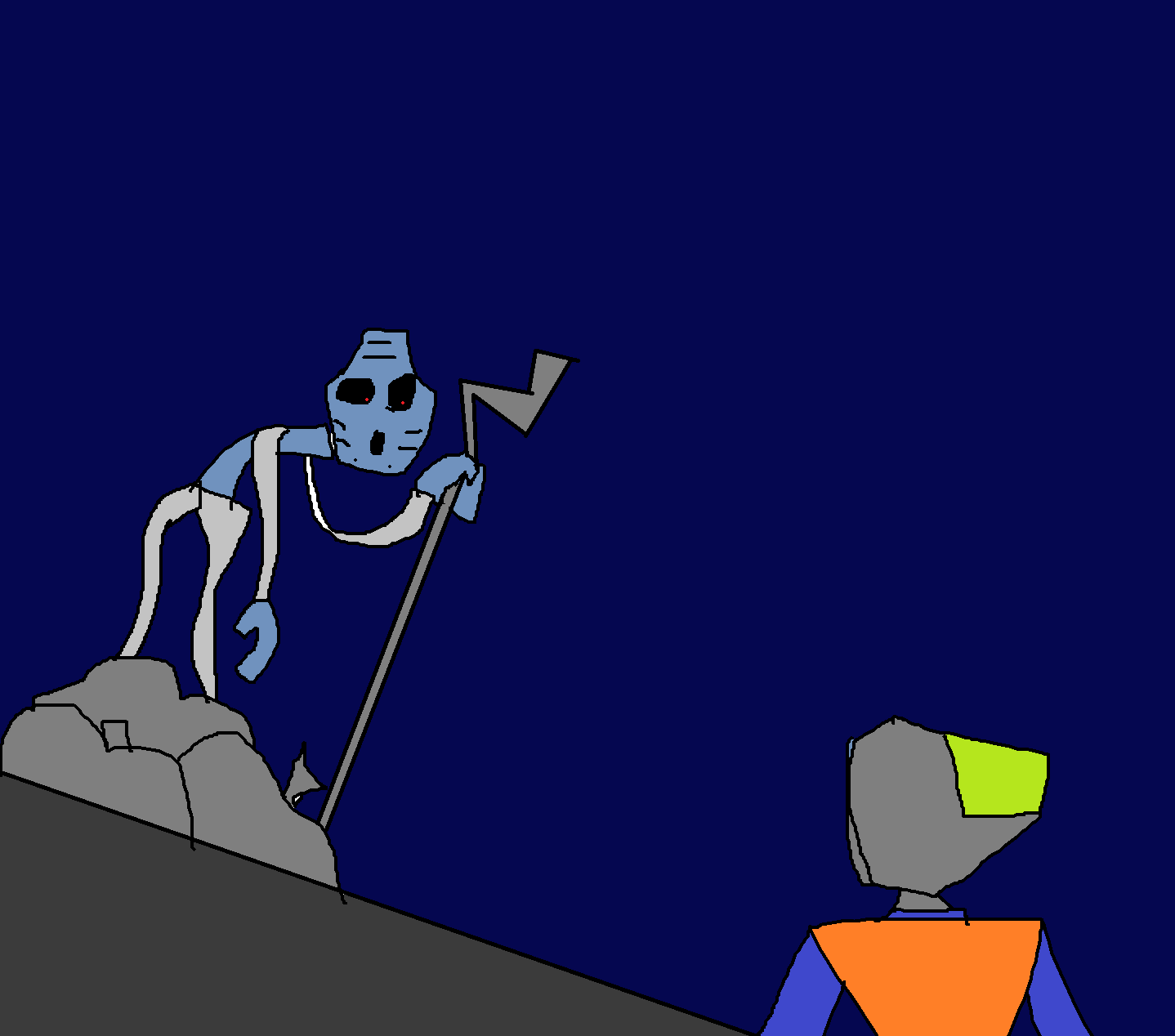 so, this is my first attempt at writing a
story about…anything, really.
taking inspiration from this post
(which was probably a joke):

we getting a backstory of how Mr Zork became so dapper here? It must be an epic tale of betrayal, love, loss and tea sipping.

so, i will procedurally write these chapters, and post them here.
tell me how i can improve my writing!

suddenly, he got an idea of how to disarm it.
he forced the creature’s arm down to the ground,
and stomped on the hand with all the strength he
could muster. there was a crunch. the creature lifted up its
arm to attack with the rod. then it noticed it wasn’t holding the rod.
then it noticed it’s hand was no longer useful, and had
been smashed by zork’s foot. while the creature attempted to
analyze its destroyed hand, zork seized his chance, picked up the rod, and brought it smashing down on the back of the creature’s head.
it fell to the ground, and all was silent. zork picked up the mask
(which had survived the blow) and put it on his own face.
a strength filled him, and he felt whole again. “i think i’ll keep this.”
he said. “gosh, i could murder a cup of tea.”

I love this so much

Keep going, this is a really fun tale so far.

I thought that’s where you were going by saying it looked disturbingly frail with hose like limbs.

there will be even more
you will learn how he got
da cape and hat
he will find love, suffer loss,
be betrayed, and sip tea

except maybe not the love part
cause it ain’t canon

the phone rang.
a man in a chair picked it up.

“Hello?..speaking…a unit…found dead?
sigh… troublesome. if this is related to-
…what?! Alive?! you foul, loathsome protozoan, you…
…do it yourself! and get it done. done properly, now.”

the man on the phone hung up.
“i thought we re-wrote that little syntax error
ourselves…when he met that hau-wearing idiot…”
he leaned back in his chair.
he opened a can of something, and drank the contents.
meanwhile, zork was exploring the world he had woken up
in…

The land Zork was in was filthy.
A seemingly endless wasteland of
rubbish. Was he really something that belonged here?
The hose creature had mentioned expecting a su-toa…
If only He could remember what that meant…
RUSTLERUSTLERUSTLE
he looked around, readying himself for another fight.
A skinny man wearing a blue komau slithered out
of a mountain of bin bags.
“Relax. My name is Menduce. I’m a…Friend…”
Zork looked at this strange man. suspiciously.
“You have rather a lot of…knives.”
“Yeah, well i’ve had them for so long…
you could say they’re…a part of me.”
Menduce replied.
"er…Mr. Menduce, could you please tell me where i am?
Zork asked. “The trash zone. stuff that should be trashed goes here.
a lot of stuff here used to be at the top…the people helpin’ them get to the top…but even when victory seems certain…everythin’ can change…”
Menduce stared into space with an expression of sadness.
“Stick with me, kid. i’ll learn ya to keep yourself safe in this world.”
Zork considered this for a moment. Menduce did seem friendly.
He could use a friend. He could also use fighting training.
“I’ll stick with you.” he said.
“heh…poor kid…” menduce muttered under his breath. 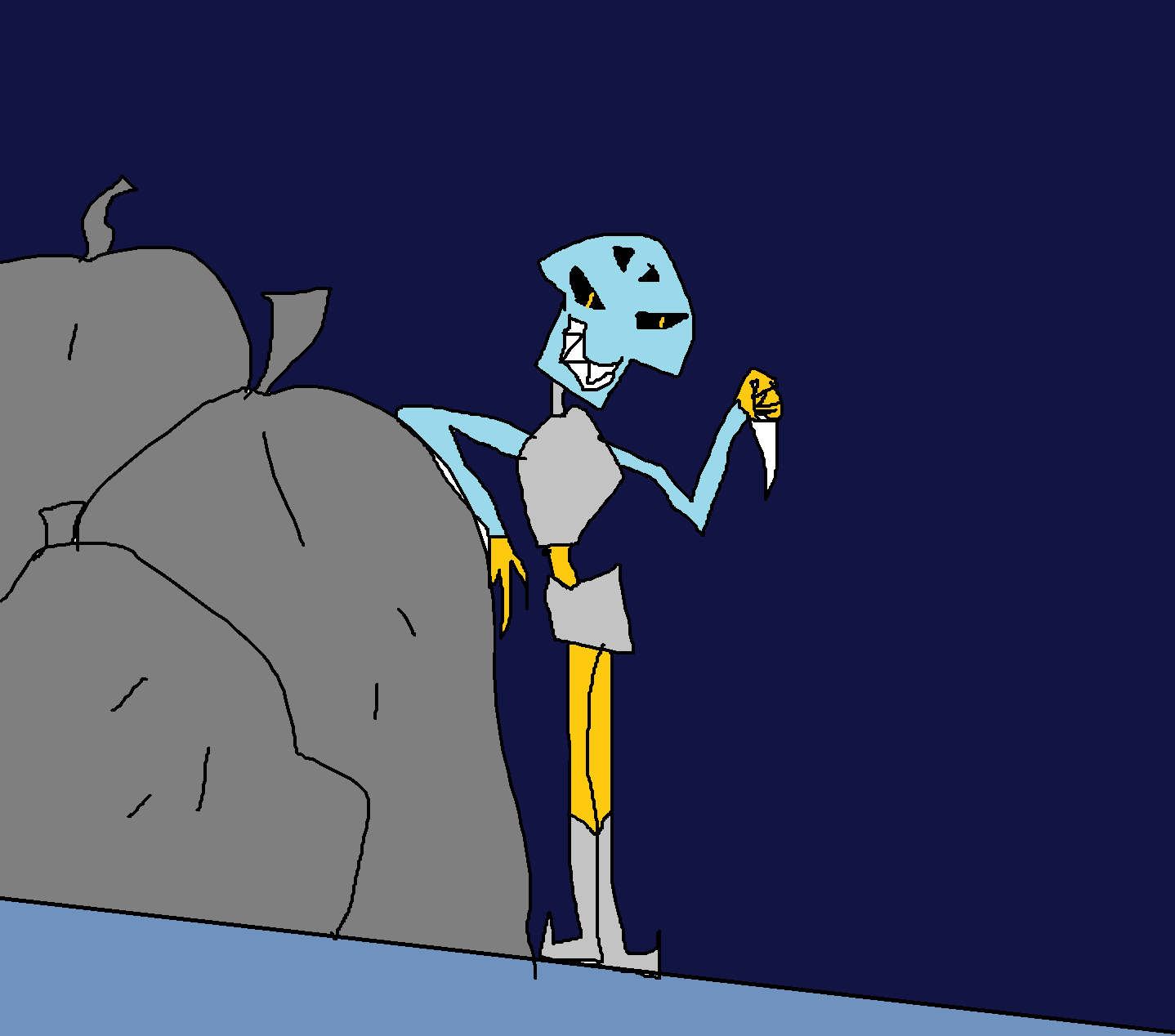 hey he was one of your mocs!
nice story so far

hey he was one of your mocs!

all da mocs i have made will feature

Menduce and Zork wandered through the
rubbish. “Where are we going?” Zork asked.
“You’ll see soon enough.” Menduce replied.
As they wandered, the surrounding bin bags
seemed to mesh together in a disgusting
mega bin bag. The same sights over and over
again…Zork was practically sleepwalking now…
30 minutes later…

“Well, here we are.”
Menduce showed Zork to
a small hut. “it’s got two beds, don’t worry about that.”
Menduce said. “But i wasn’t-” Zork started.
“Whoops, forgot you weren’t-… Never mind.”
Zork had many questions.
“Who did you forget i wasn’t?”
Zork asked.
“It’s a long story. but seeing as we got the time…”
Menduce began his tale…
“Once, there were those who shone in silver…”

there will be much more
there will be duels, dancing, death, darkness, dabbing,
danger, dragons, dababys, dead memes, and more.

Menduce began:
"Those who shone in silver protected us,
carrying out the will of the great spirit.
They were heroes…At least for a while.
“it all started when-”

“how long is this story?”
Zork interrupted.

“Shut yer pie hole and you’ll find out!”
Menduce said.
"Now, where was i…
Yeah, they went and
did good stuff, until
the guy at the top of those
who shone in silver decided
the people weren’t worth saving.
And so they left us.
And they never came back.
Some remained loyal, and
believed they would return someday.
Some grew angry, and vowed to destroy
them if they ever dared show their faces again… 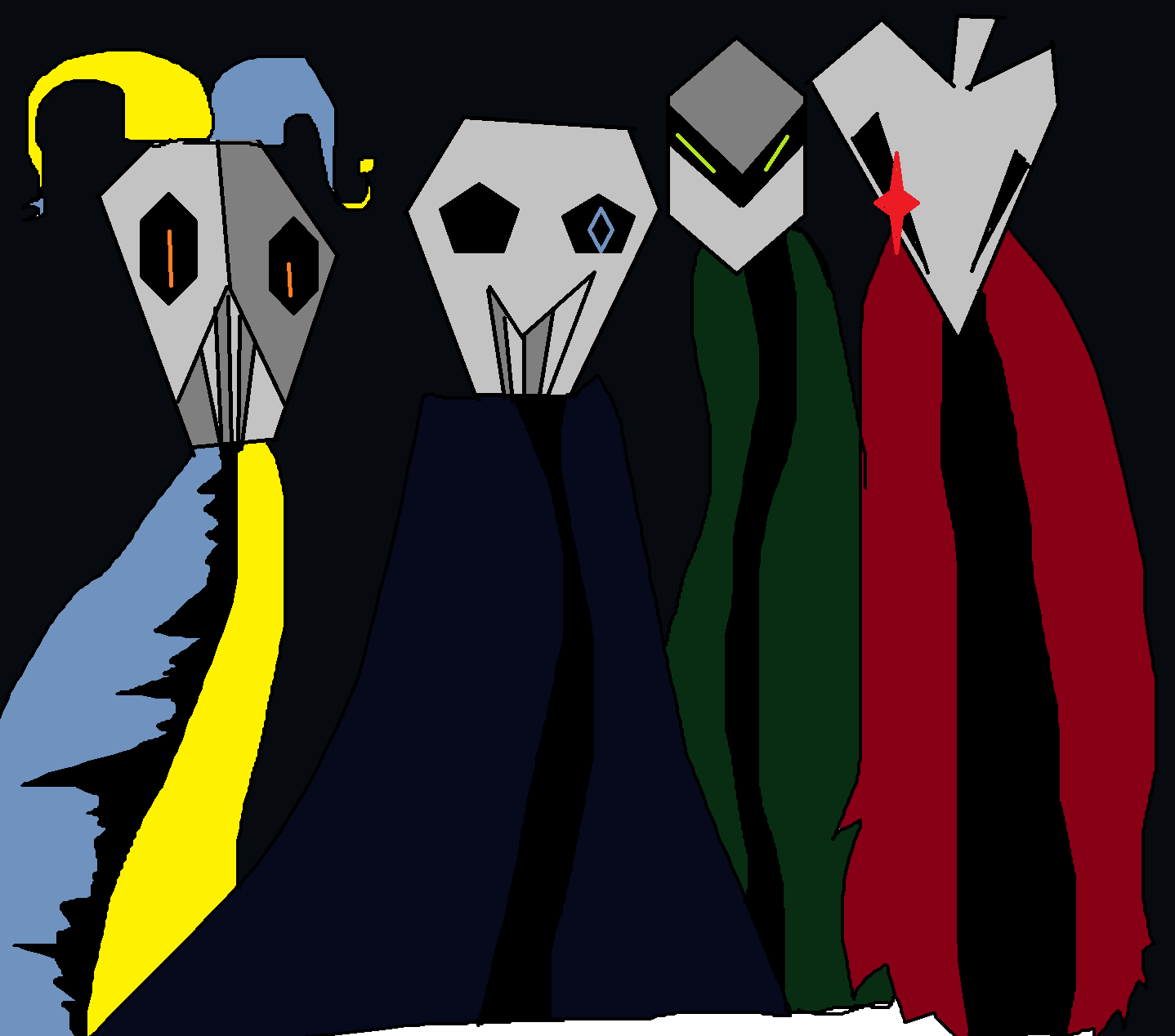 my goodness this is trial of cordax but so much better

you are me but better

you are me but better

why thank you
i would say we are equal though
your purple jumper is just as glorious as my top hat.

if you have any suggestions for what should happen next,
please tell me!