The roads were muddy with rain as The Queen’s Inquisition returned from their most recent “query.” Spirits were high among the soldiers, as they passed around their plunder from the nearby village; such was the price to be paid by those disobedient to Her Majesty. That, of course, didn’t stop them from pocketing a few of the coins.
“Alright boys, settle down!” shouted the captain over his shoulder. He was riding a large horse-like creature, its metal skin painted the same as the Inquisition’s armor: a terrifying crimson. The other soldiers either rode similar creatures or sat in carriages behind them. He flashed a smile to show he wasn’t entirely serious. “We’re halfway there already, so we’ll be entering another village soon. Don’t let your guard down in public, we have to be good role models for the kids, eh?”
The soldiers laughed, and settled back into their merriment. The Captain sighed, and turned back to face the road.
Standing dead center of the pathway not 10 feet away was a being draped in a dirty black robe. The Captain quickly gave the command to stop as he pulled back the reigns of his steed. The creature let out a surprised squeal, but stopped just short of the figure, who appeared unfazed. The being’s face was obscured by a long hood, but it still struck an imposing figure, being easily as tall as the larger soldiers of the party.
The Captain, annoyed, sneered down at the figure. “What do you think you’re doing? This is a military convoy! Move or we’ll do it for you!”
The hood tilted upwards at The Captain. His steed let out another small whinny, and paced on the spot. The rain continued to glance off the Captain’s back, each drop reminding him that they were still a ways off from the castle. The figure stood stock still, but the soldiers could feel something look each one of them over, like a mauka watching gukko birds.
The Captain didn’t seem to notice. “What, are you blind AND deaf?! Who do you think you are?”
Finally, it spoke. “I don’t have a name. I don’t expect you do either. We’re all soldiers here, aren’t we?” The voice was calm and gruff, but clearly female.
The Captain smiled a crooked grin. “Well then, how am I supposed to tell your family about your passing?”
One of the figure’s arms began fidgeting inside her robe. The other gestured vaguely to the bags of cash loaded onto the caravan. “Those aren’t yours, are they?”
The Captain turned to glance at their plunder. “Well, they are as of --”
A blade sliced through the air, and The Captain’s steed fell to the ground, its weight pinning his leg into the mud. He let out a grunt, and then a scream of pain as the metal over his thighs bent into the tissue beneath. The figure had not moved visibly, but was now holding a heavy greatsword in her right hand. Black ichor dripped off its edge, as a pool began to form under the horse-creature’s neck. With her other arm, she began to remove the cloak, as the wind sent it flying back into the trees on the side of the path.
The soldiers, while initially startled, had quickly moved into position to surround the figure, whose silver and brown armor shone with the rain. In one hand, her sword traced a circular path through the air; in the other was a small shield attached to a prosthetic forearm. Her bright blue eyes glinted with power, but she didn’t speak another word.
Her blade leveled at the neck of the nearest soldier.

Whoo! I’m having fun writing these intros. I’ll probably do more for each of the next few characters. Anyways, here’s the moment you’ve all been waiting for: the actual MOC! This one is definitely one of my favorites (if not my favorite) from my collection. Enjoy! 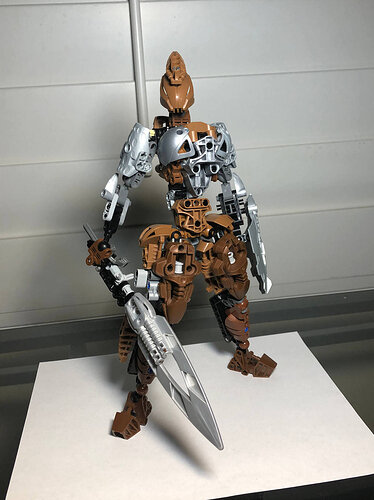 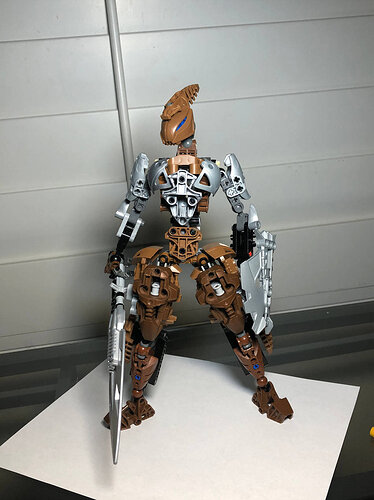 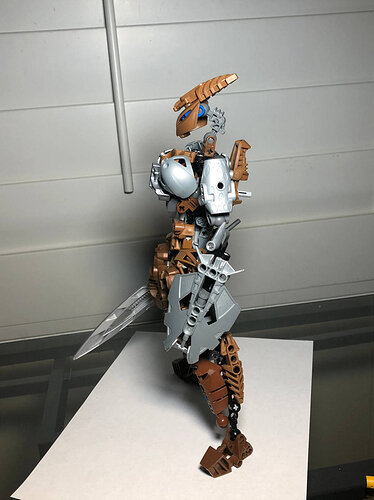 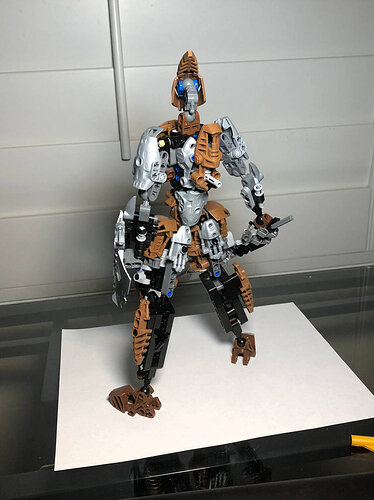 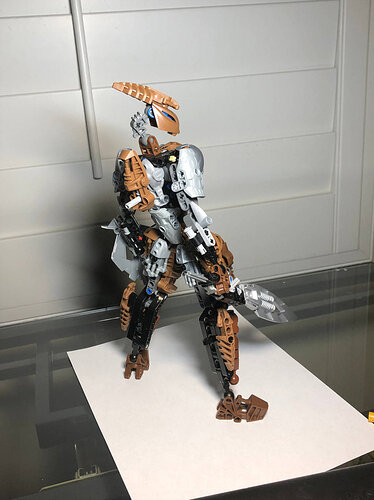 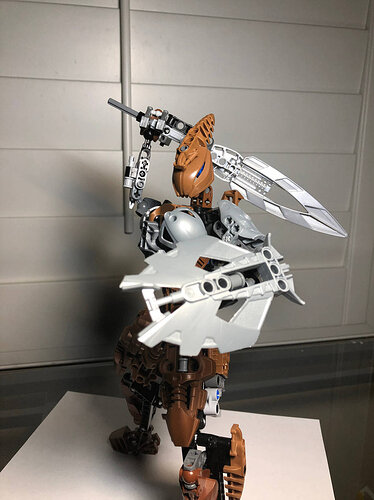 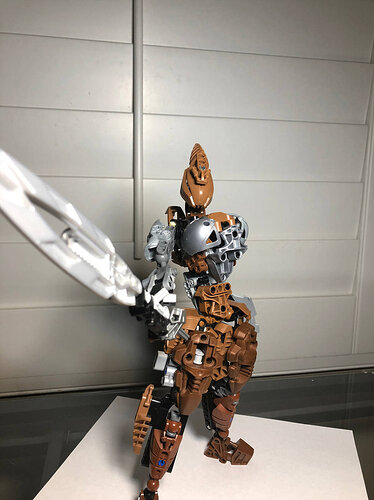 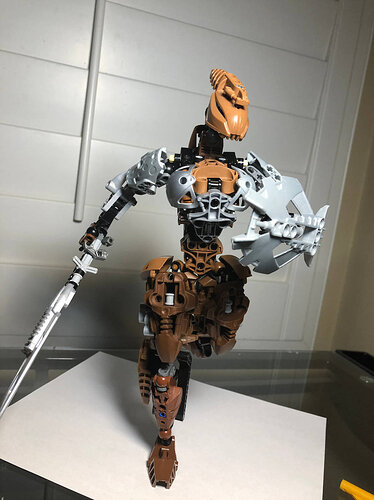 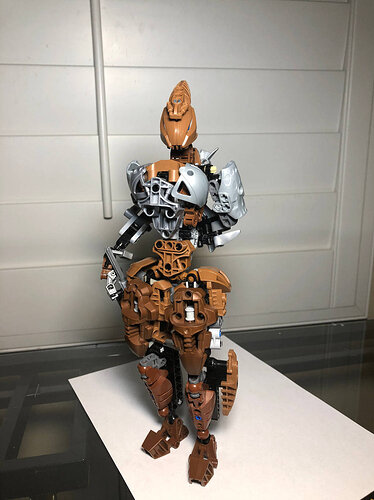 The Paladin was arguably the most powerful and most well-known of the Five Great Warriors. Her feats of strength and bravery made her a popular subject of folk tales across the island of Daes. While intimidating and stoic at first glance, she was a firm believer in the laws of chivalry and was actually very hospitable. During battle, she could often be found on the front lines, protecting her soldiers or even the other warriors with her life; an obsession which led to the loss of her left arm. She also rarely killed her enemies, seeming to have a knack for injuring them just enough that they couldn’t get back up. The power of the God Tears granted her the ability of Kinetic Reflection, which allowed her to redirect the kinetic energy of any attack blocked by her shield.

And there we go! This one is probably the most well armored MOC I’ve made, and I feel like it all comes together really nicely. She does not have any waist articulation, unfortunately so that might be my first priority if I were to remake her. As always, all the pictures of my MOCs are available on my Deviantart page

Otherwise, criticism is welcome and appreciated, and more will be coming soon! Thanks for sticking around :3 .

This is just my opinion, but I honestly think these get worse each part, with Part 1 being the best and this being the worst.

Overall this isn’t so bad but it has some bad parts: Upper legs seem TOO big and the lower legs as well. The sword isn’t that great and the upper torso sticks out so much…

This looks pretty good, but I would try to tone down the thiccness just a little bit.

There is 0 need to tone down the thiccness, pursue the body types of your dreams (as long as they look good).

(as long as they look good)

I meant that the moc being overly thicc made it look not as good in my opinion. It’s just her proportion are a little strange when you compare her arms with her thighs.

I think maybe if the waste was bulked up a bit more It’d look p good.

I think that even if you bulked up the waste, her lower arms would still be too small

That’s what I said at first, but then you said that I was totally wrong.

I think I just misunderstood what you were saying and wasn’t paying attention, my bad.

Ah yes, this is seemed to be a problem people had with most of my MOCs so far. Likely it’s because I spent so much time on the legs, that I neglected to beef up the arms at all (I’m not willing to compromise on thiccness, by the way :3). I don’t have my camera setup ready but I took some quick photos of new custom arm designs, lemme know what you think! 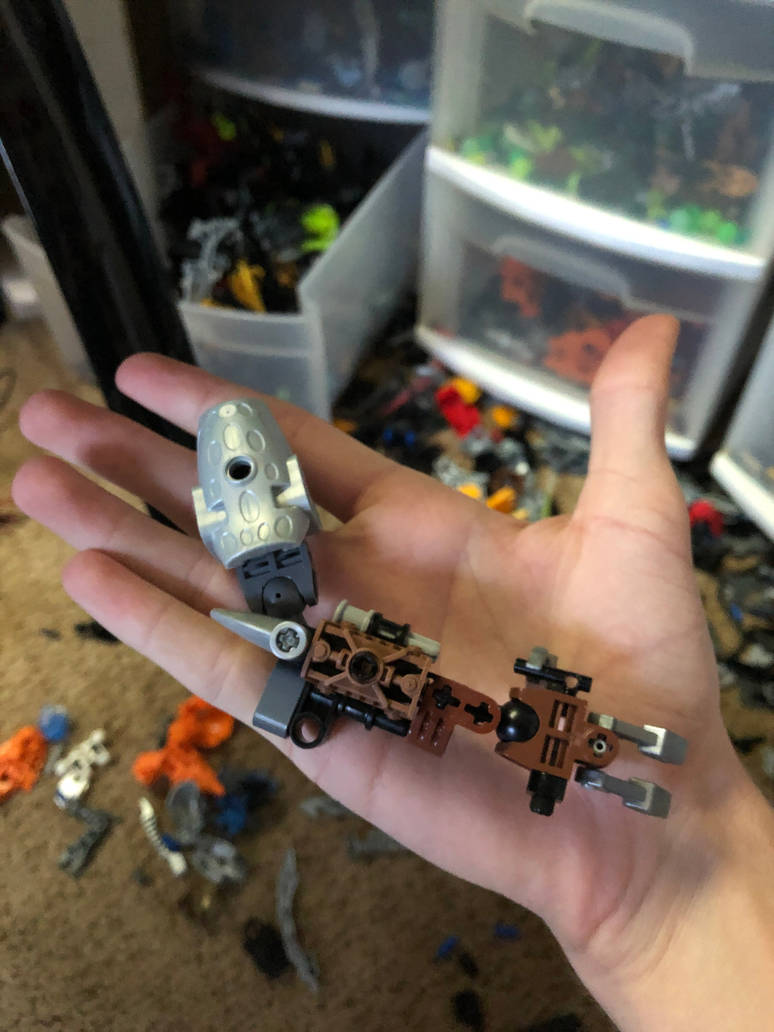 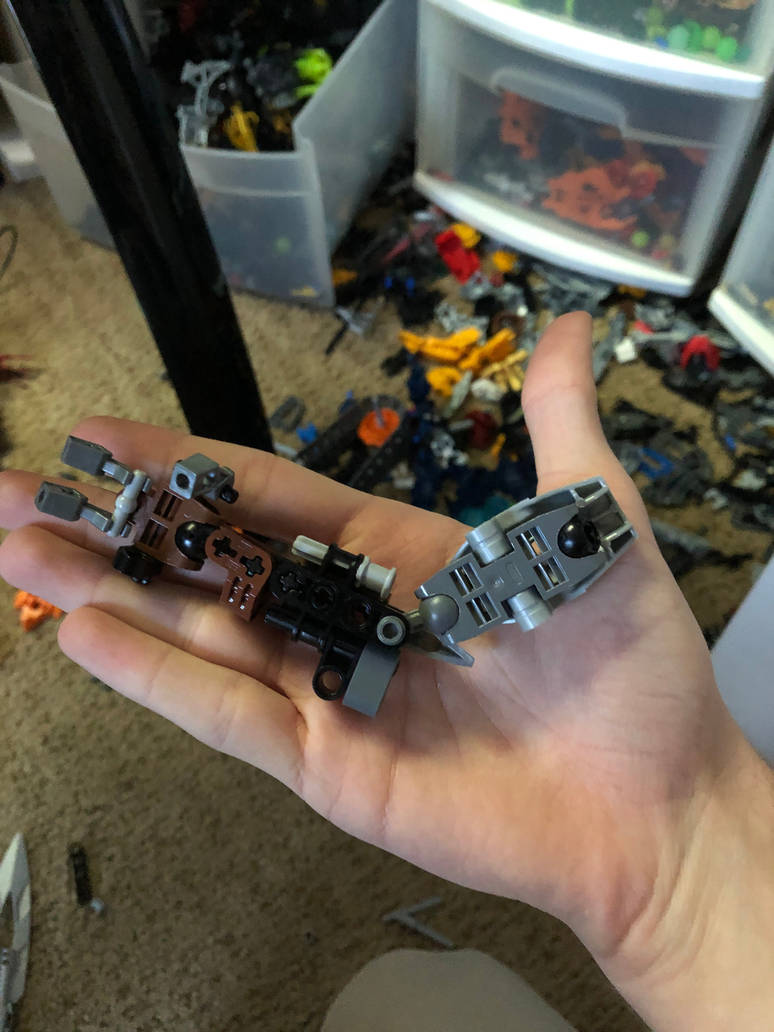 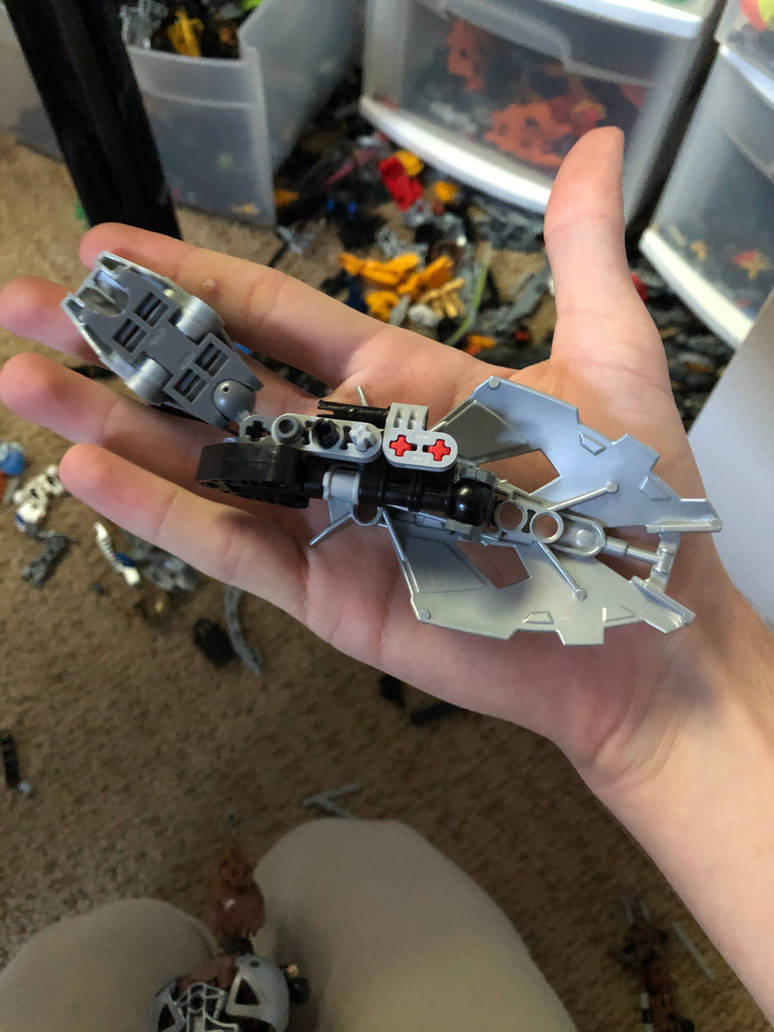 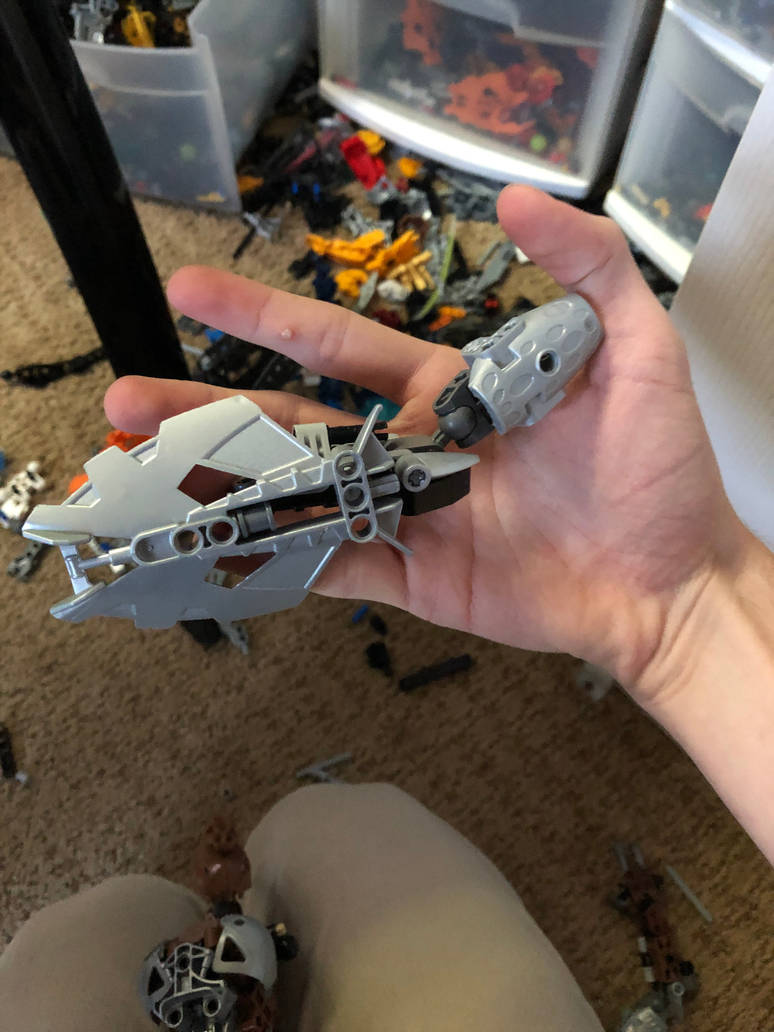 It’s definitely better, can we see what it looks like on the MOC though?

Yeah, just needed to set up my lighting! Here’s a better look: 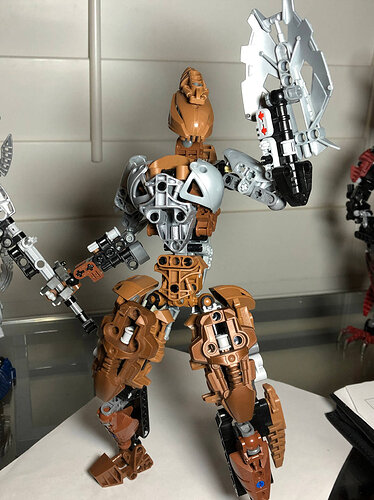 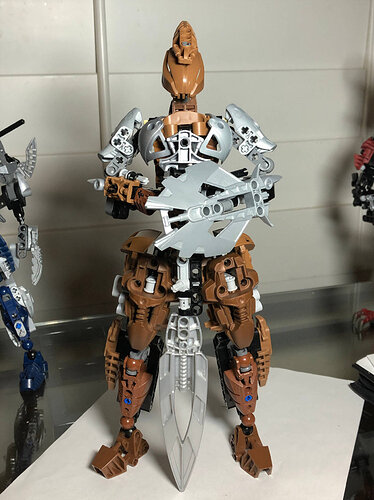 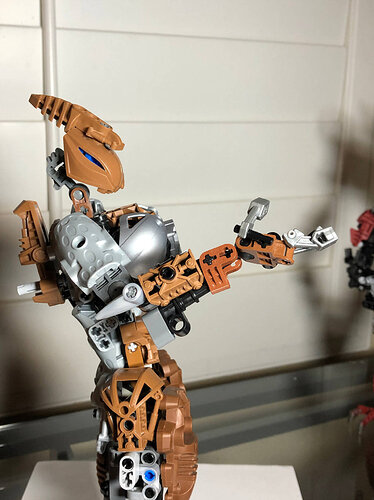 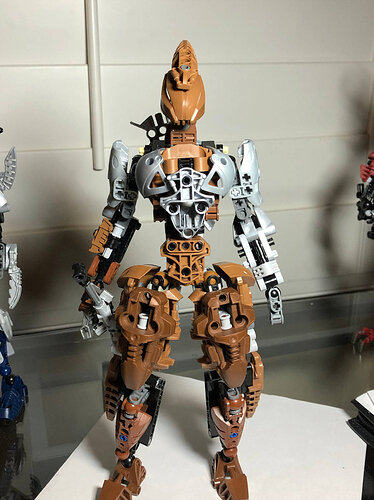 Ok, I have the make the joke. This moc is thicc… any other color scheme is consistent and the hair is ok…

Yeah, that looks way better. You can have a thicc moc but it should still be a proportionally thicc moc imo, and this really helps.

she looks Great! even before the improvemnts I still liked her, but I do agree She looks way better with those New Arms She has now, Overall. I really like Her!

I think the thicc-ness is great haha. The first arm design didn’t bother me but the revamp does look better.

If you think about female anatomy (and I’m heavily generalizing here) I think the proportions on this MOC are fine if you’re going for a body type design with wide hips. I wouldn’t change that personally.

I feel like people were unduly harsh here but glad you did decide to reconsider the arm design a bit. Personally I also liked your intro. I’m always very fond of written background for MOCs.