The "Which Comic Books Should I Get?" Topic

I found out there’s a comic book store near somewhere I’m going to, do you have any suggestions on which comics I should get? I’m new to comic books.

If you have any questions about which comics to get, ask here.

The list is long. It really depends on what your parents will let you read.

But while I’m here, which comic do you guys think I should get?

Batman Year One or the Dark Knight Returns?

If you don’t have the bionicle comics already, get them.

The walking dead comics are fantastic, although I would not recommend it if your young because those comics have some gruesome stuff occurring on those pages.

If you want to hop on to a series, Bruce Wayne Batman has recently returned, and his line is almost always great.
Robin War ended semi recently, there are two volumes for that. (I love that series)
Marvel wise, a new Civil War series is starting soon. If you want to hop on a good crossover series, that should be great.

Batman Year One or the Dark Knight Returns?

Personally, I enjoyed Year One more than I did DKR, but it’s also substantially shorter than it.

There’s a volume book with both in it, I recommend just getting that.

Wow, really? I just got the first one this week.

I thought it was the ending…

I looked it up. I guess it is.

Alright, let’s do this:
First off, if you’re even remotely interested in Batman, pick up Batman: Hush. Brilliant story that pretty much encapsulates his entire universe. By that same token, do not pick up anything with the name Frank Miller on it, as, aside from The Dark Knight Returns (which is iffy) and Batman: Year One, he cannot write Batman to save his life. Note that TDKR is just my opinion though, since most people think it’s one of the best Batman stories ever told for some reason.

Next, look for pretty much anything by Geoff Johns (particularly his New 52 Justice League book).

My personal final recommendation is to get as much of the New 52 Batman book as you can. It’s brilliant, it’s got some of the best stories ever told, and is just really, really good.

I love TDKR, but it isn’t the best.
My personal favorite (that I’ve gotten my hands on) is Death of the Family.

A good comic book, in my opinion, must fill the same criteria as any other sort of media to be considered good. There must be a clear and definite point to its creation, and it must present that point in an entertaining and emotional way. The more provocative the point, the more interesting the story.
The current Black Panther run fits these criteria.
Now, I am biased. It is my personal opinion that, aside from being a character that made Marvel’s stance on the Civil Rights Movement very clear, T’Challa is the best Marvel character. He is a well rounded and intelligent man, who is willing to do anything for people who have been trying to rob his country for years despite their actions toward him. I can guarantee you that, just as his debut in the 60’s changed the minds of many (or at least began to do so,) the current run, penned by a brilliant author and drawn by an amazing artist can (possibly) change your life. All you have to do is spend a few bucks.

Nowhere.
I can’t find it ANYWHERE.

My personal final recommendation is to get as much of the New 52 Batman book as you can. It’s brilliant, it’s got some of the best stories ever told, and is just really, really good. 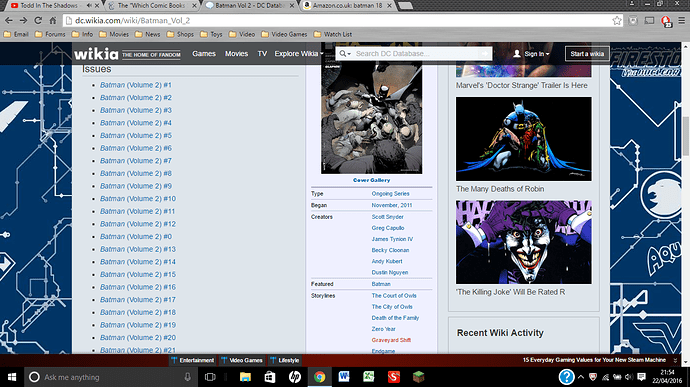 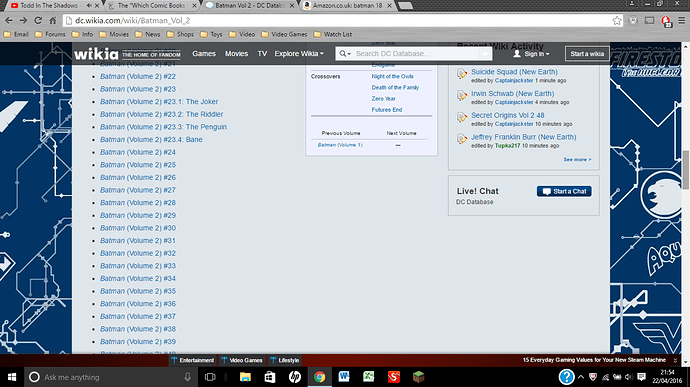 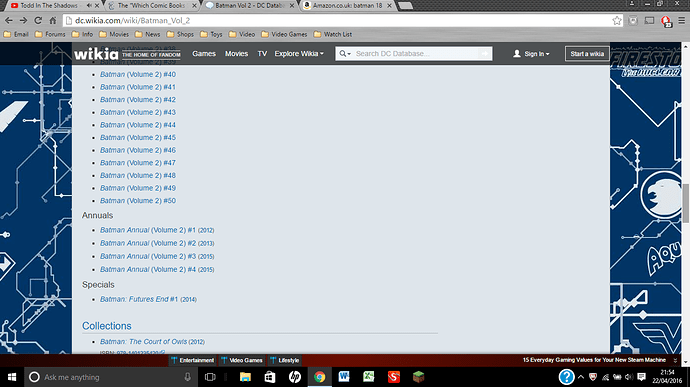 My personal favorite (that I’ve gotten my hands on) is Death of the Family.

Do you mean the original death in the family comic or the New 52 one?

I need to buy Lego Civil War…
I should go digital, though.
Not for everything, just for what I can’t find.[quote=“Chilly_Productions, post:16, topic:22232”]
Do you mean the original death in the family comic or the New 52 one?
[/quote]

It’s a Batman vs. Joker story, and it certainly lives up to the name Endgame. I highly recommend it. There’s a continuity bug here or there, but because they’re all due to DC having done stupid stuff with certain characters, I choose to ignore them. As a whole though, it’s a great story that really highlights the relationship between the two characters

I would recommend the transformers dark cybertron story (its pretty good)