The more I think about it, allowing Hydraxon’s helmet/face doesn’t make much sense… it does seem fairly clear cut that the sentence in the book was referring to specifically other Kanohi, as pointed out prior…

Yeah, agreed. The amount of Bonkle lore that’s made up of leading questions is probably greater that the amount that isn’t, at least where the “Post-toyline forum posts” canon is concerned. Those things have a reputation for being a place where BZP members could get Greg to make their fanfic ideas canon for a reason.

Also I really don’t get why it’s so hard to accept that these four specific characters are going to have significant restrictions on them, for the sake of making sure they’re consistent with the two we’ve already got. It’s not like these are going to be the rules for every Toa character going forward. We’ve got five more ahead, and those are just the ones I can remember. Sure, two are Mangai so they should probably be held to the same standard, but who knows if they will, and even if they are, there are still more contests.

Just let the people without £4000 worth of parts or a 3D-printer or whatever have this singular one, and y’all can go back to ruling the roost for the rest of the time.

It’s not like you’ll get a canon Mask of Emulation face out of it. Both the art portions of the previous two contests have completely disregarded the MOC’s mask, and even if a direct image of it, unaltered, went up BS01 would still consider it to be not the Mask of Emulation because it wouldn’t change the canon that Pouks’ mask doesn’t look like the standard design. It would just mean that of the multiple 3D-printed MoE faces, that specific one would be the only one that isn’t canon.

The shields would need to be held in their hands or stored on their backs, but aside from the feet, you’re good to go.

They connect to the hand via the thick throwbot foot, does that not count as being in the hand?

. Is it unlikely that Pouks’s mask is the same shape as his power? Yes. Impossible? I’d say no

You can say no all you want, but it is impossible. Canonically, pouks does not have the mask of emulation shape. That is the answer Greg has given, and unless he decides to go back on that, that’s the canon we have.

Would Greg have given a different answer if the person asking mentioned iruini? Maybe. Maybe not. But as it is, the canon we have is 100% clear.

No idea how you can read this topic and the quote I just provided and say the canon is 100% clear. Greg literally said he might give incorrect answers with incomplete information, and Gonel has made a strong case that he was operating on incomplete information. I definitely see why many interpret his words the way you do, but to state this issue is 100% clear is pretty clearly incorrect. If he was asked directly about the Mask of Emulation, that would make the situation clear, but as far as I’m aware he’s only been asked about the Hagah masks as a set and I’ll refer back to Gonel’s topic on why that’s potentially an issue.

what, two days and only 400 posts? we’re slowing, people

It’s because half the people have PTSD and don’t want to put the effort and the other half were the ones arguing over super noodly sssss…specifics in the other topic that don’t make a huge difference on the final ruleset.

I’m just tired of seeing the same, algorithmically-generated arguments reappear over and over. The last topic felt like it was being randomly generated by an AI a few times, there.

At this point, I’m just looking to get my questions answered and not fall into more bickering. It’s not worth it.

Please don’t, read the rules and you’ll have ttvs definition which is what matters for this contest at the end of the day, if you said that just to troll please go away.

if you said that just to troll please go away.

At this point, I’m just looking to get my questions answered and not fall into more bickering. It’s not worth it.

The shield in those two Hagah MOCs (Bomonga and Gaaki) isn’t attached to something gripped in the center of the hand, but rather attached to the outside of a piece which may as well be considered part of the hand. So no, not ‘held’.

No, but I think you misunderstand my point, friend. Can I use a [Tahu Mata Canister Lid Red] colored [Insert Immoral Mask] on my [Gaaki] build? What about a [Pahrahk’s Foot Brown] [Avokhii] on [Pouks]?! There are many more questions I need answered.

Breaking my own promise, but I’ll make this quick

That statement contradicts the fact that Iruini has a mask that doesn’t follow the same rule as Norik’s. The questioner asks about the ‘other Hagah,’ perhaps unaware of Greg’s answer concerning Iruini on a prior Ask Greg question. He only asks with respect to Norik and gets an answer that only takes Norik into account.

He only asks with respect to Norik and gets an answer that only takes Norik into account.

Not exactly. The question uses Norik as an example; it doesn’t try to imply that Iruini is like Norik, or that Norik is the only example.

“Do the other Hagah have different-shaped masks? For example, like how Norik’s mask is differently-shaped”.

You can call it a leading question, but it isn’t contradictory to anything.

It would be like if I asked “Do all of the Toa Hagah have Metru builds like Vakama?”

I’m using Vakama as an example of a Metru build; I’m not trying to imply that that’s the only build.

I’m revamping my hagah, but I’m gonna post the original picks again since we have an actual rule set now. I would like to know what needs to be changed and what can stay. Thank you in advance 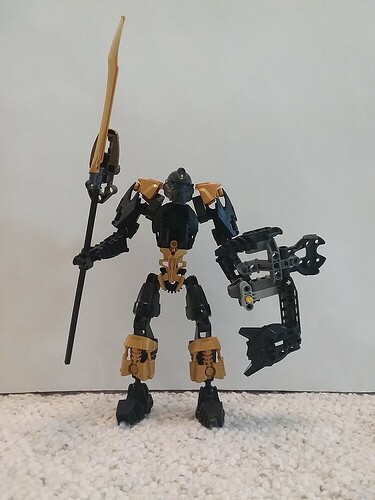 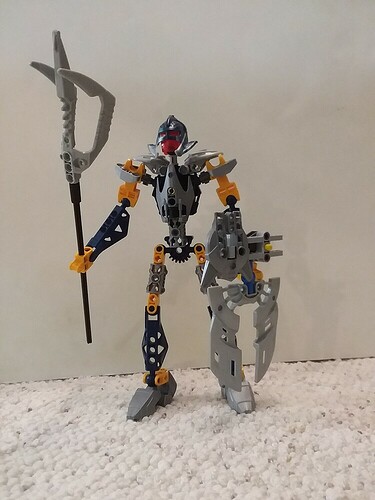 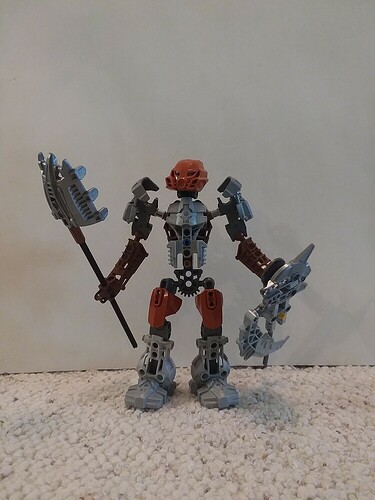 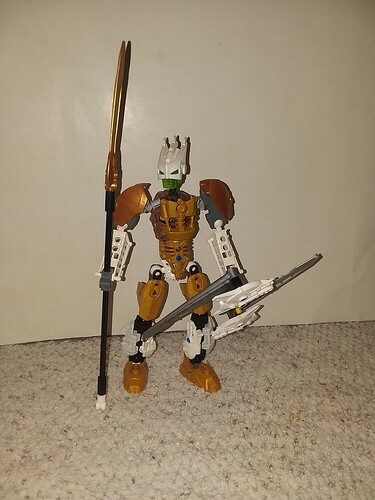 That statement contradicts the fact that Iruini has a mask that doesn’t follow the same rule as Norik’s. T

But have we considered doing this contest the way I want it to be done so it ends up with my desired outcome to fit the headcanon I contacted over the years? No? Then I will argue and call this a bunch of ____

But have we considered doing this contest the way I want it to be done so it ends up with my desired outcome to fit the headcanon I contacted over the years?

Wait, no, you’re wrong! We should do this the way I want so we have my desired outcome to fit my headcanon.

Based upon the current ruleset, I’m seeing a few objective disqualifications waiting to happen:

Additionally, Bomonga could run into trouble with his shoulders not being metallic enough and his metallic torso armour being too low, but those are more subjective decisions that should be made by TTV.

" the other Hagah " can only mean “the other four besides Norik and iruini”.

It’s not just that it can mean that; it does mean that. When the question opened with “the other Hagah”, Norik hadn’t even been used as an example yet; grammatically, there’s no reason to believe that it means “everyone except Norik”.