A little something to win some good first impressions and hopefully some votes, I guess. 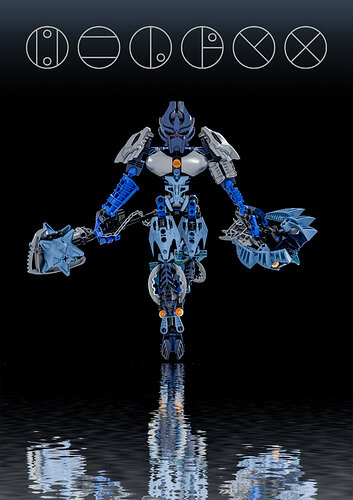 This is my entry for the contest: Helryx in her prime, before she got all frail and battle weathered. The only frail things about her are her arms and waist, though. 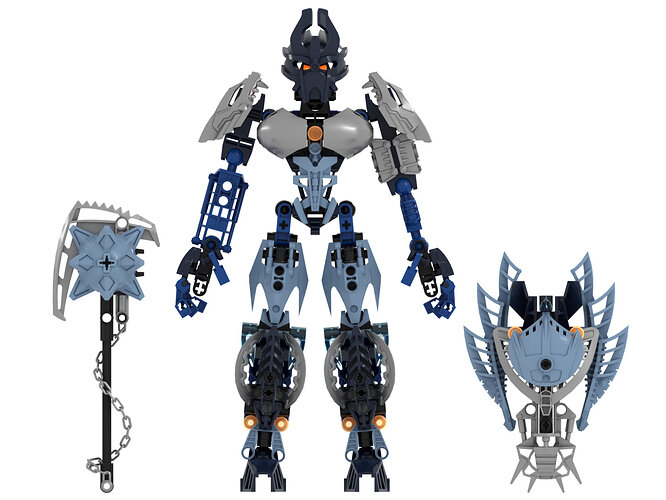 Used Bulk’s helmet from Hero Fac as pauldrons, since she’s quite the lone wolf. I’d say that other than her chestpiece, her armor is pretty unknown to Takanuva. 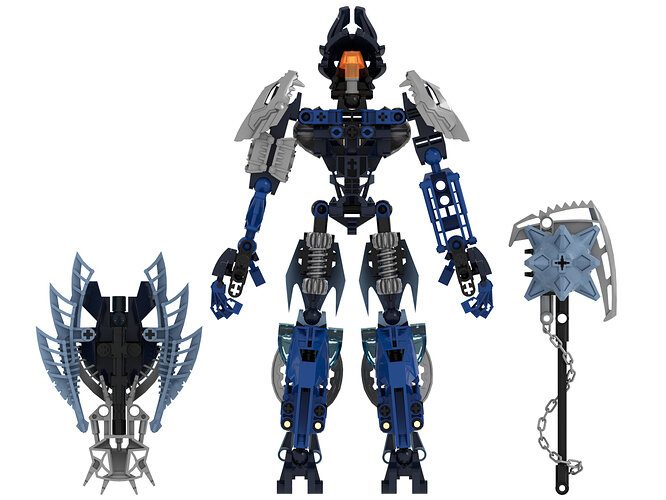 I doubt Takanuva had seen the Stars armor before seeing her, and I doubt even more that he’s been to the Hero Factory. 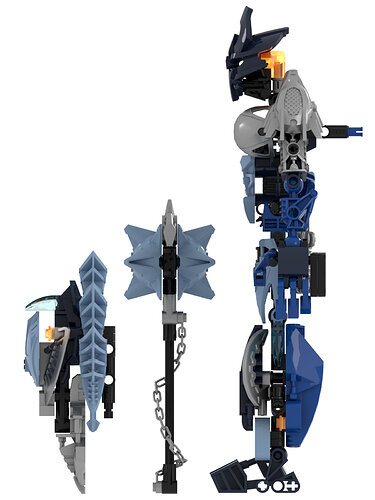 Her back has some pins to attach her shield to. Heck, an Av-Matoran could hitch a ride too if you had one. 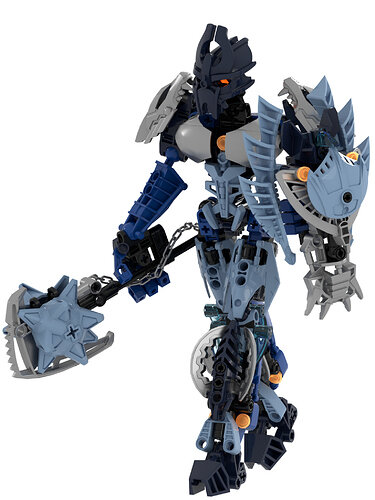 If you tried hard enough, you could even detach the spiked mace and swing it using the chain. 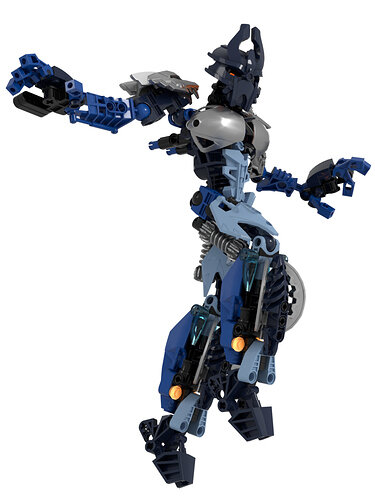 Have a better look at her feminine figure with Pohatu Phantoka arms as her shins, and the Mata torso giving her a slim torso. 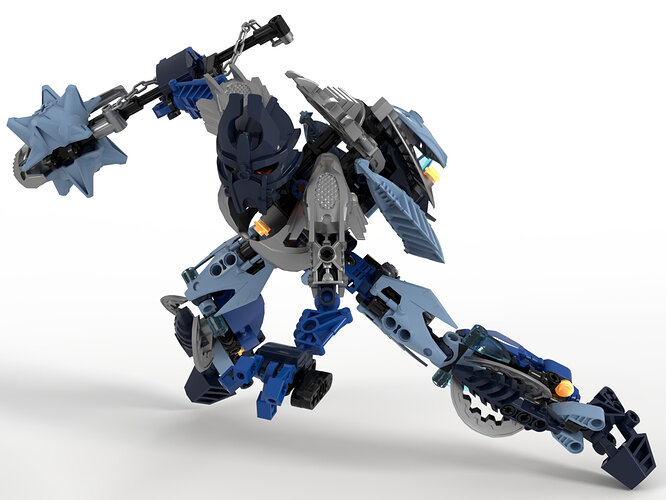 A pose to show her flexibility as a build, and her agility as a warrior. Shield stowed away on her back leaves a free hand.

https://drive.google.com/file/d/1hpuiQsXJwgzVtn_-5Pj-bEb8J9p_Ve0b/view?usp=sharing
This is the .io file of my build.

Mask of Psychometry by Galva

The Mask of Psychometry as famously worn by Toa Helryx.

and here’s Galva’s Helryx Mask I used as a placeholder.

Good luck to everyone! May the Great Spirit be with you all!

The weapon designs are a real highlight of this one - probably the best I’ve seen so far.

Mixed thoughts on the build, but it’s definitely one of the major contenders, I think.

EDIT: The more I look at it, the more I like it. Currently sitting somewhere in my top 3, has a good chance of getting my vote.

I love the weapons and the asymmetrical arms are cool.

I really like the use of the bulk helmets from herofactory!

Are all the parts available irl? Some of the piece colours seem unfamiliar to me. I like the rest of it tho.

Putting the contest rules into account, some of my used pieces don’t exist in certain colors irl. This is Stud.io made, and the only possible replication involves painting some pieces, albeit a frowned upon method. Sorry.

I really dig the mask on this one. I hope whatever final design is chose, it looks something like that.

This is becoming one of my favorite entries. The proportions are a bit awkward, but I have to say, your posing really does it for me.

She looks intense and ready for action. Probably one of the best interpretations of the feeling of the character. Really well done!