The first toa and leader of the Order of Mata Nui, Helryx prepares to step out from her roll on the back lines to lead from the battlefield once more. 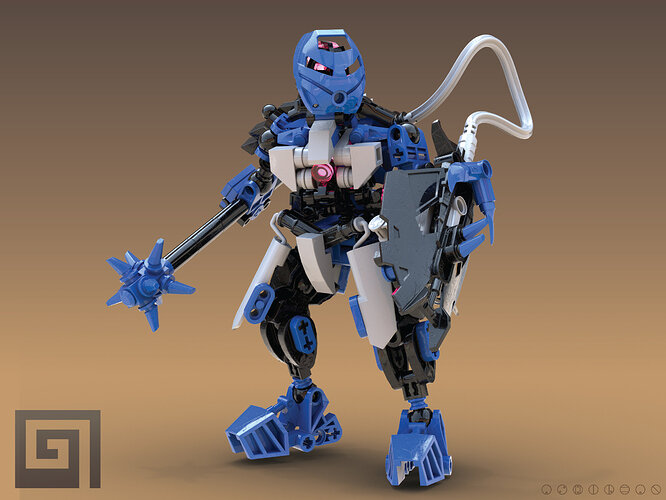 One of the main focuses with this build for me was to get the right balance between hardened military commander and the more traditional wise leader vibe that the Turaga give off. Of course, additionally, I wanted her to resemble the Toa Mata while still being clearly of a more primitive design. In that vein, I decided to hand build all of the limbs/torso to resemble in shape the original Toa Mata elements, even down to the asymmetrical and somewhat utilitarian design for the arms. 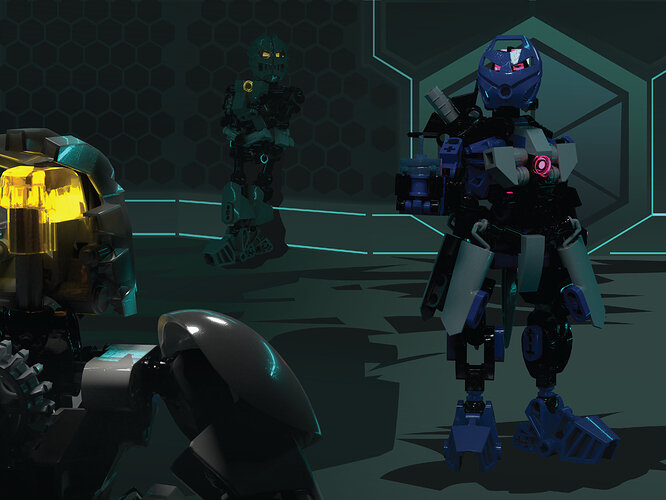 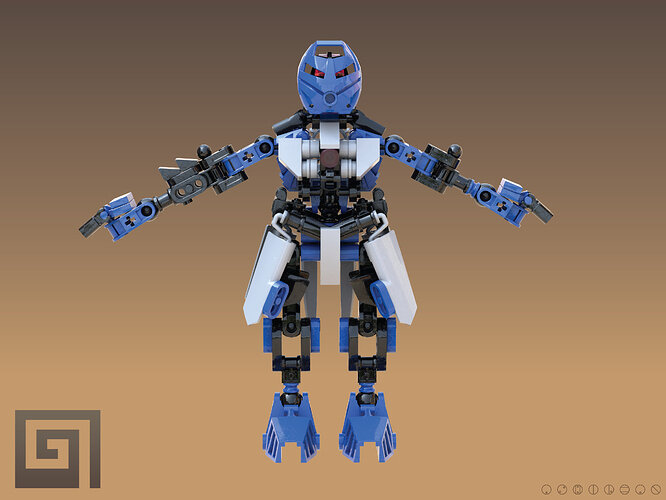 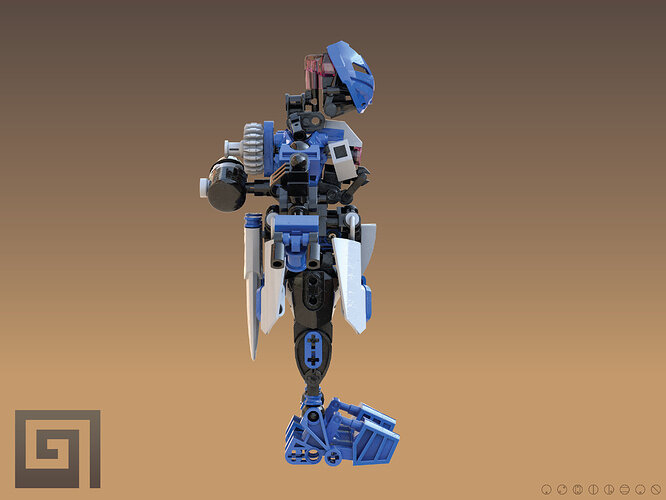 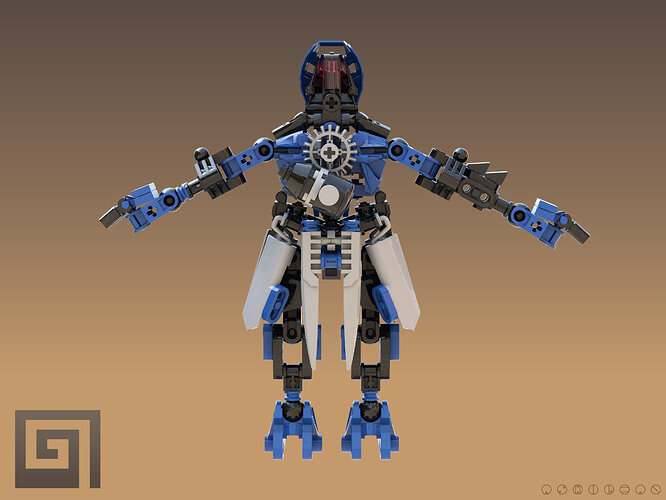 Toa-Helryx-Turnaround-back4096×3072 1.16 MB
While building this in real life would require you to paint a handful of elements, it uses no custom/3d printed pieces. 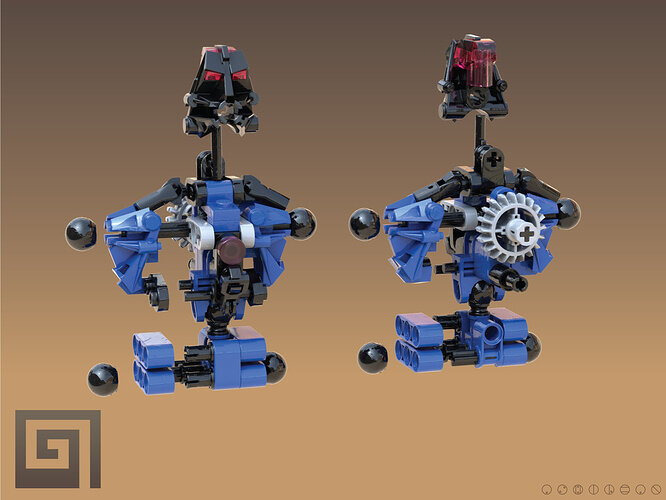 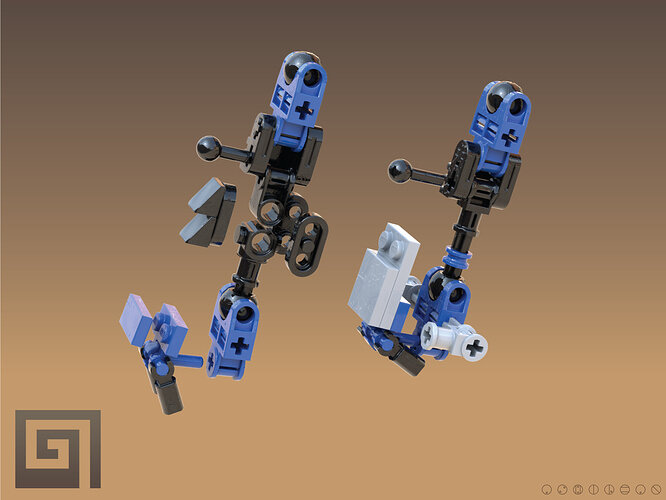 Like I mentioned above, the arms are asymmetrical–the right arm being a bit longer and beefier, as well as having some ridged elements a la the weapon arm on Tahu Mata. 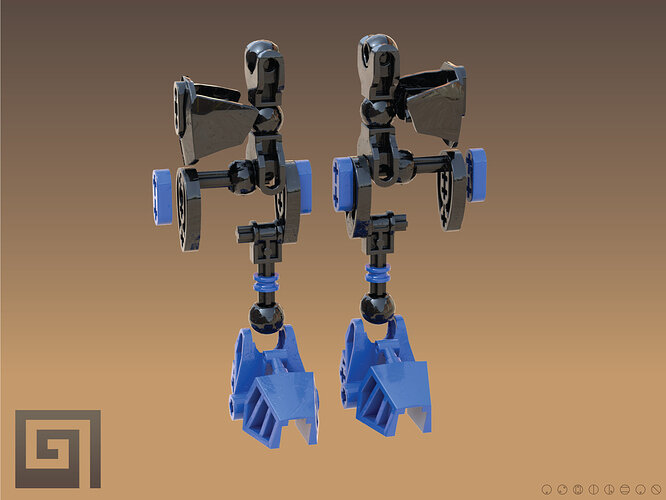 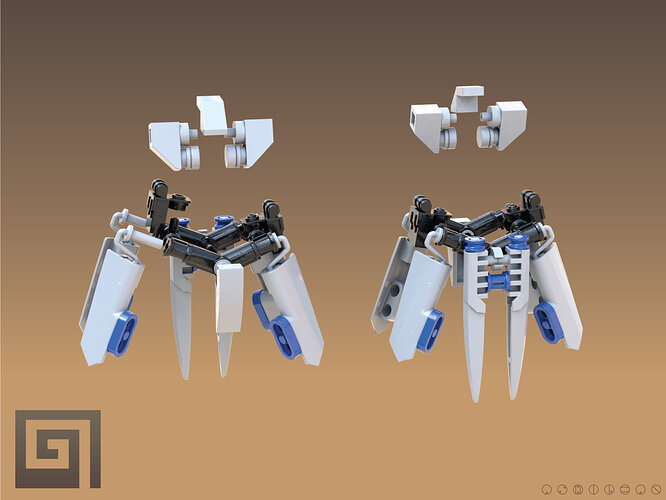 The armour is entirely made from technic panels and other system elements. I really like the shapes I was able to get with the faulds hanging from the belt and the breastplate. 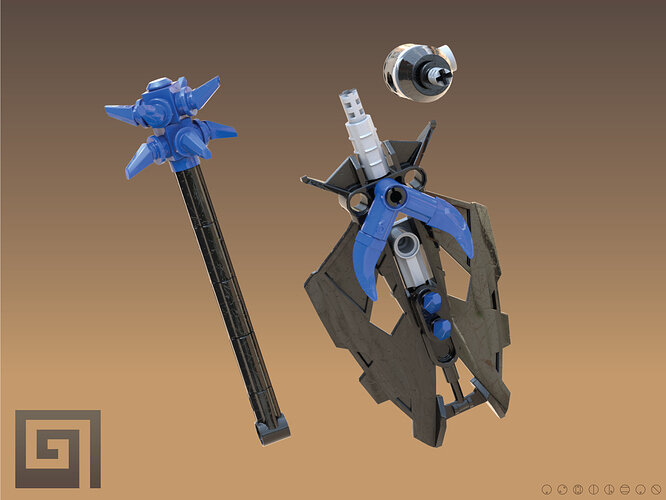 I’m also really pleased with the design of her tools, specifically the mace. Not a huge fan of over-sized weapons, so I’m glad I was able to get something that both felt like it fit the early Bionicle aesthetic and didn’t look goofy.

I didn’t use any custom elements for Helryx herself, however the parts pack that gets a lot of Bionicle elements into Bricklink’s Stud.io to begin with was made by the wonderful SwampKryakwa over on reddit:
https://www.reddit.com/r/bioniclelego/comments/fdzf5h/bionicle_missing_studio_parts_incomplete/

Additionally, the inorganic Suletu used on Krakua in the background of the scene from Swamp of Secrets was made by KhingK, and can be found on Thingiverse here:
https://www.thingiverse.com/thing:3458337

It can also be easily installed for use in Stud.io through this parts pack put together by weedvampires on Reddit:
https://www.reddit.com/r/bioniclelego/comments/g36wtl/studio_official_khingk_parts_pack_62_parts/

The luminous materials used for the action shot and Swamp of Secrets scene were created by Tyfighter77 over on the Stud.io Discord server, and can be downloaded here:
https://mega.nz/file/zoEQza7C#Mbm_OyPxr7ocaomeqSiuT1I5Cx9YRvezAMf5zLkU9ng

And finally, here is a link to the original Stud.io file:
https://drive.google.com/file/d/1mJexrKINB3vWT01w3Wy0M5aICK-C7nWq/view?usp=sharing

This is my first time posting on TTV, so hopefully this is not a formatting nightmare and everything is as required. Thanks, and good luck to everyone!

I like the tube on the shield; it makes it seem like it can act as some sort of powerful hose, amplifying her elemental powers.

Nice build, good backdrop work, I like it a lot!