Built for the G1 Toa Teams Community MOC Project way back when. My interpretation of Toa Kualus.

Kualus does appear in the Cyclic Plane Storyline, though his role in it barely differs from canon. 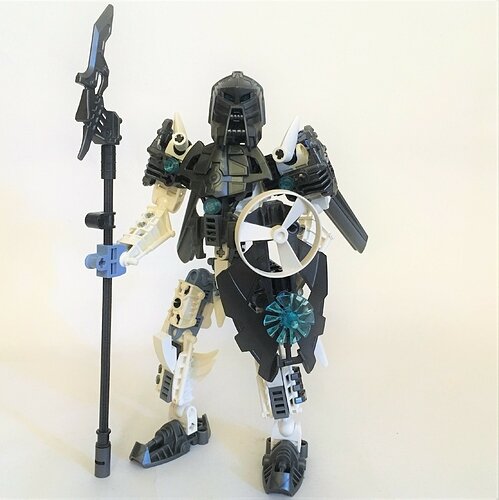 Like Toa Norik and Toa Iruini, Kualus has special metallic armour over a 2004-style toa build, a staff weapon and a shield with a rhotuka spinner in it. Chose to use some newer parts for the mask and armour, since they definitely would have been released with unique new pieces for that if they had been released as sets. 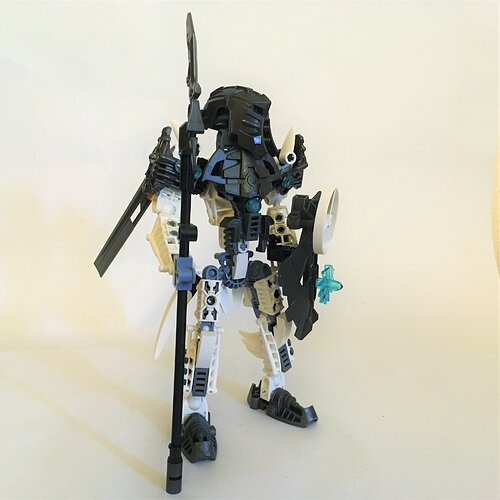 Due to Kualus’ love of bird rahi, I chose the mask and extra feathery details to hopefully somewhat resemble an owl. He has jet-propelled winglets to allow him to fly. 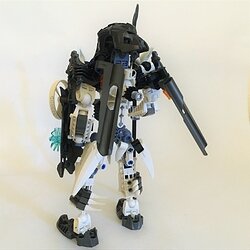 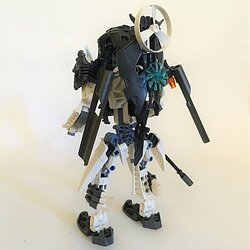 Kualus’ blade and shield can be stored on his back. 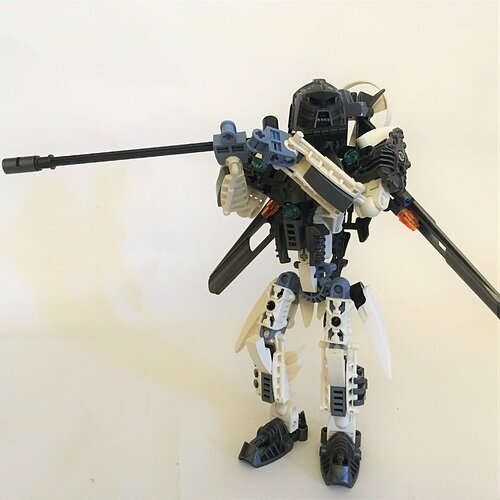 As a Rahaga he could blow through his staff and play it like a flute to summon bird rahi or warn them of danger. I don’t see why he couldn’t have done the same as a toa as well! 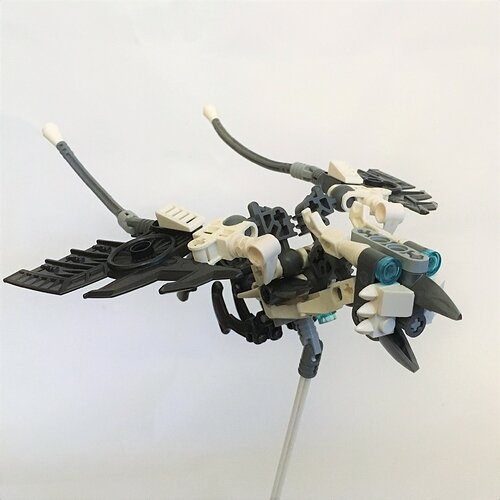 The Smoke Hawk doesn’t have a canon appearance or much information on it, but I built one (possibly a fledgling, here) to go along with Kualus as a companion. 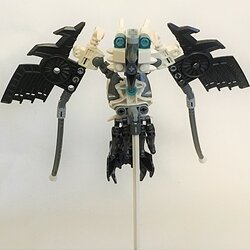 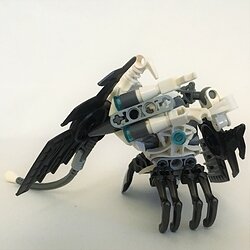 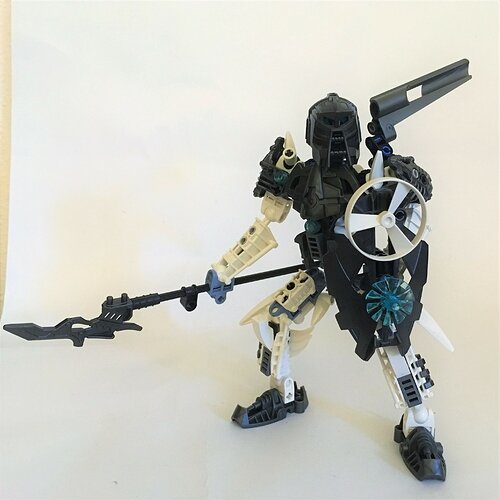 Could use a bit more light blue, the only light blue I can see (not counting trans-light blue) is on the hands.

It’s sand blue, and his hips and upper legs use that colour too.I’m not sure where else I could have added any since it’s a rare colour.

I’m getting a 404 error for the pictures. Is it just me, or are they not showing for you guys? I can see the pics in every other thread.

They were uploaded straight to TTV from my laptop files (so shouldn’t have any issues linking in from another site) and are showing just fine for me.

Yeah, the boards are having an issue with pictures at the moment.

It’s sand blue, and his hips and upper legs use that colour too

Ah, I see. I wasn’t sure if the hips were sand blue or dark gray, but the hands def looked light blue so I figured the hips were gray.
(Darn it, now I can’t look back at the pictures again with this new knowledge)

Still unable to see them, and now in random other threads I can’t see them either. I’d say about 50% of the images are broken for me. Including many of my own posts that had been working fine prior to this morning.

Toa kualus is super cool and definitely see what you were going for. But i think I like the smoke hawk more, especially because of the fact you can pose it cleaning it’s wings. Idk why I like that kind of thing so much but I do

The smoke hawk is really cool, nice work on the toa as well.