Okay, time to post these.
I’m slowly bit by bit working on revamping some sets.
These 2 were actually the first Moc’s I’ve made in Studio only about a week
I also intend to do the phantoka too but I’ll update the tread as I work on them.

Tahu first. I wanted him to have that Tahu feel. which I feel that I pulled off. Also expanded his arsenal a bit, original swords and his Mata flame sword. 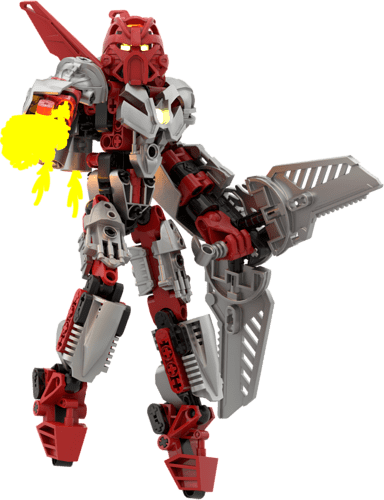 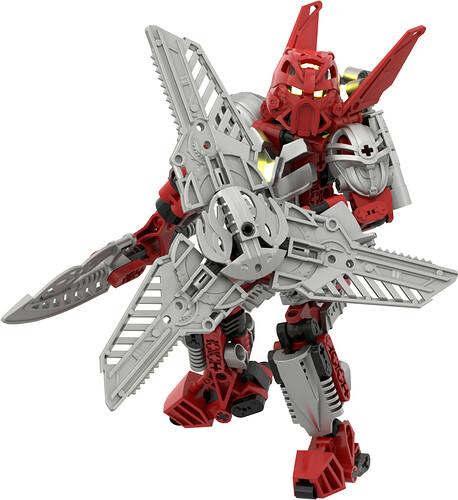 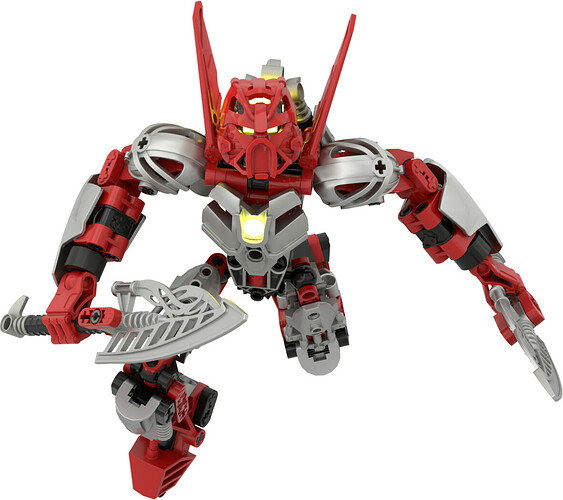 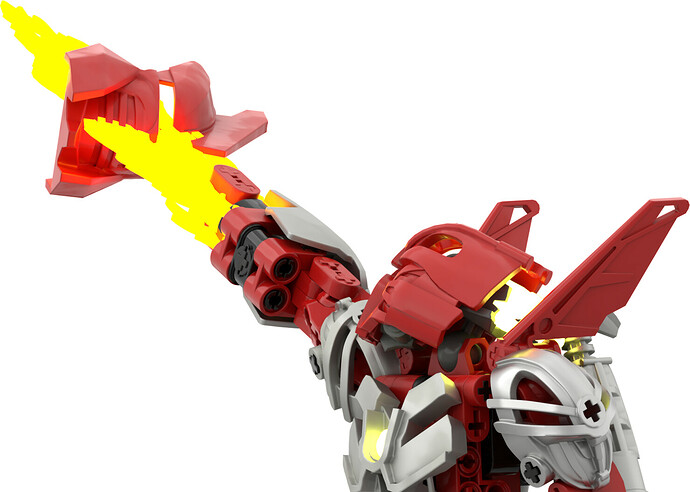 Onua next, the main thing I wanted to fix was his proportions, the original was way to slender, the new one is nice and bulky and actually a decent amount taller than Tahu. As for weapons, I was finding it difficult, other than the clawas I wasn’t sure, so I ended up going overboard, his blaster evolved into a pair of gattling guns with his Nuva chain saws mounted as bayonets. 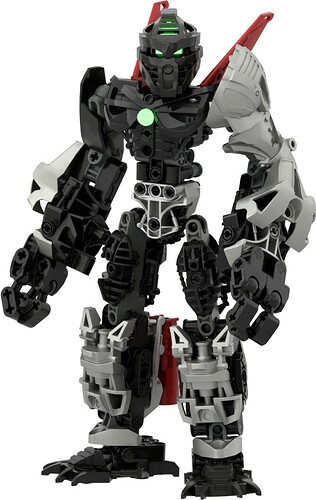 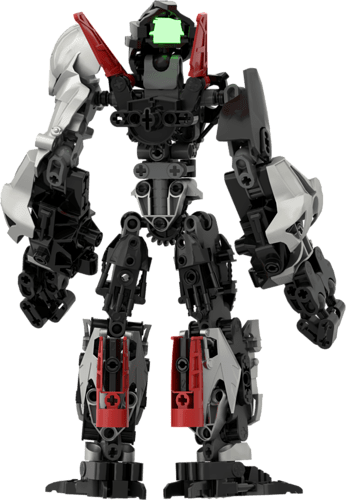 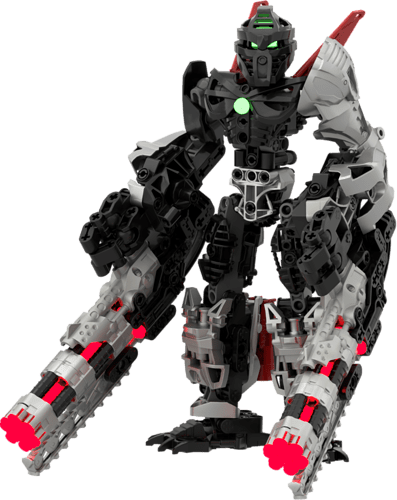 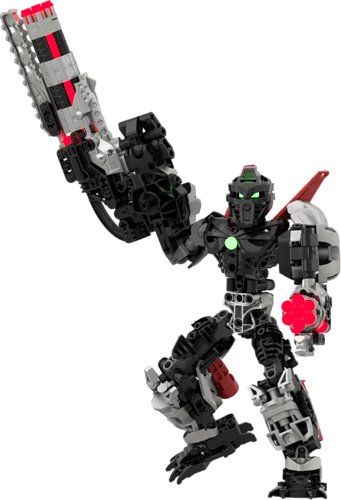 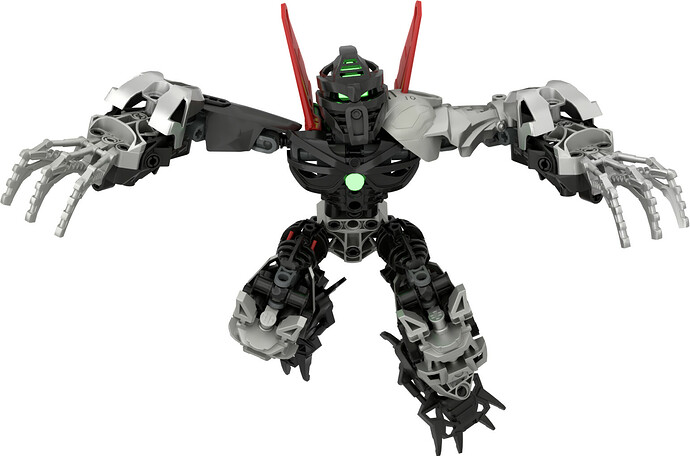 Okay, just got Gali done…for the second time thanks to Stud.io corrupting the first one I made just when I started rendering shots.
So easy to see what I wanted her to be, more slender and “femanine” without going overboard. I did want her to have the original shoulder armor but sadly coulden’t find a version anywhere that works in Studio. She is taller than Tahu but shorter than Onua.
As for weapons, she has the usual, Mata hooks, Nuva blades and for the replacement to her Ghost blaster I thought it would be fitting to make it a sniper type harpoon gun.
(Also her poses are firect references to her Mata and Nuva canister art. 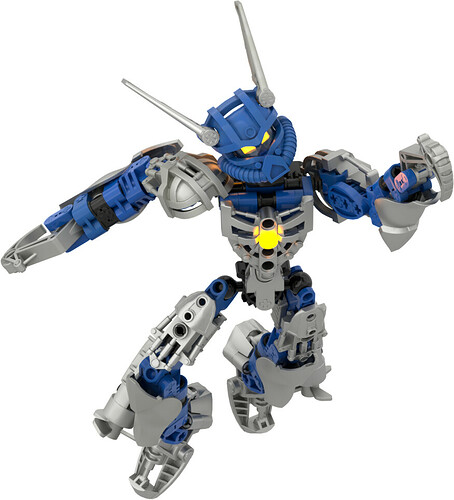 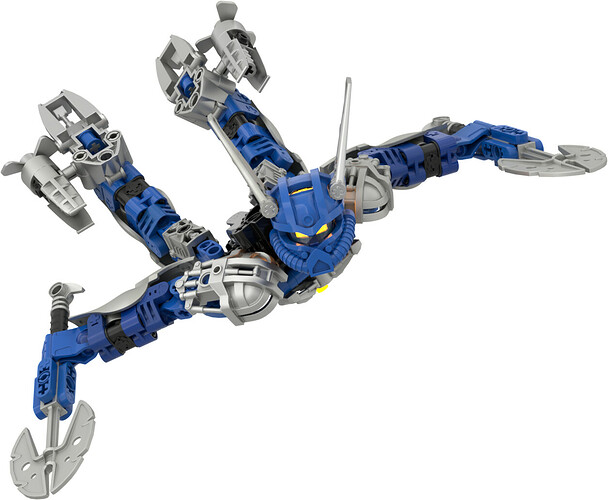 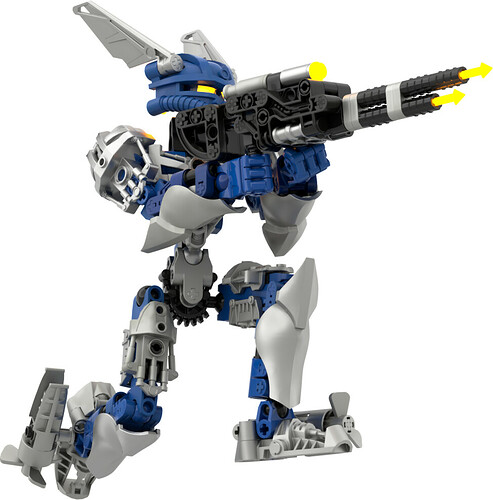 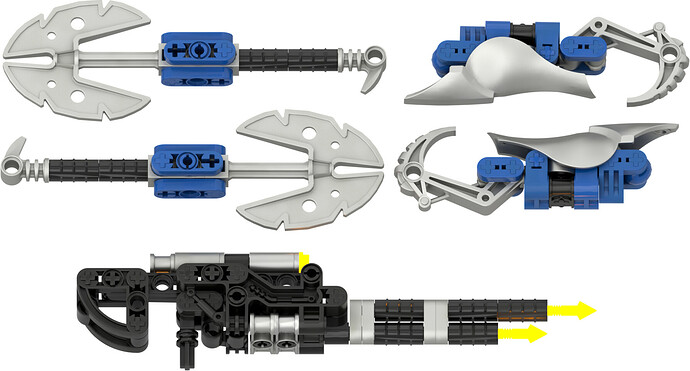 And a couple of team shots 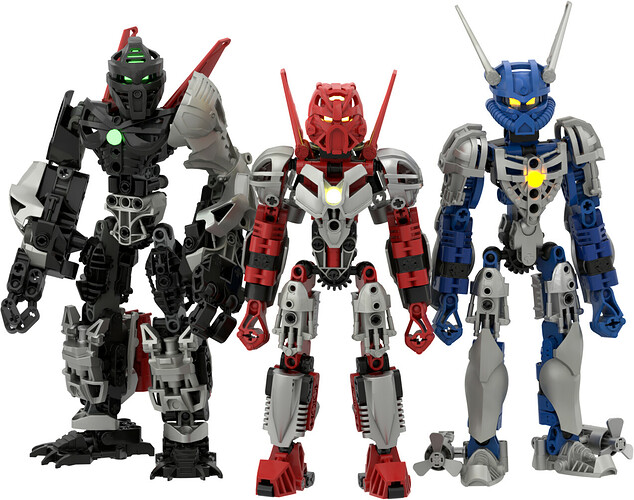 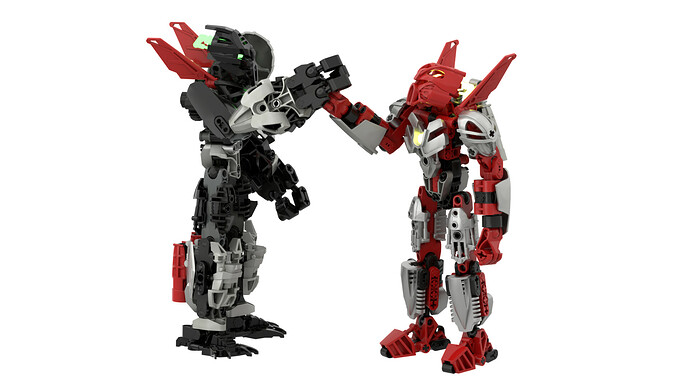 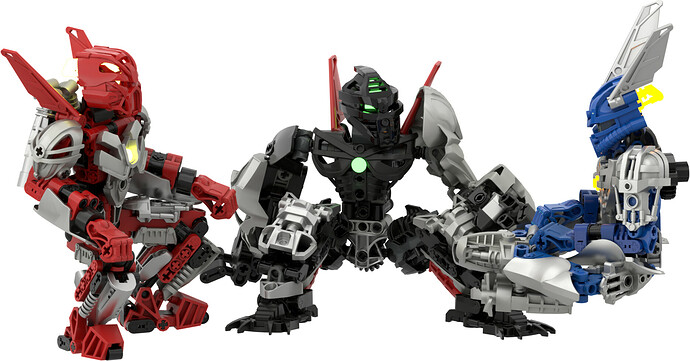 Okay, so thats all of the Mistika Toa done.
I do intend to do the Phantoka ones too but might take a short break before I start on them.

They look pretty good to me.
Tahu looks very nice, I like that you gave him his other swords, but Onua really takes the cake for me. His giant chainsaw guns just look so awesome.

These are pretty neat looking, although the CCBS textures look really odd and out of place to me.

Thanks, I was particularly happy with them as well. The original one I made was actually much larger and meant to be used with both hands but I changed it once I realised that he really coulden’t reach the second handle with his other hand haha

Cool. The only thing that really bothers me is the clipping.

I think they both look really great

These are really cool! They’re so much more in character than the official sets while still using the same design cues.

I look forward to it.

Also, where did you get that official Mistika Hau model?

I look forward to it.

Also, where did you get that official Mistika Hau model?

It was added to the Biopack a few weeks ago

Tahu is very slick, I really like his jetpack and lower legs. Onua’s weapons are, indeed, overboard, and I’m actually not of a fan of his bulkiness here.

Wow these are great. They feel like something we could and should have got. Looking forwards to the others!

Thank you all for the kind words.
I just finished Gali and updated the thread with her.

Can you provide instructions for parts that are made by hasbro

everything is really cool, but i think Galis lower arms are a bit too long and bulky. Everything else is phenomenal

I agree 100%. Her lower arms are pretty much the result of me not really knowing what to do with them. I tried about 10 different designs and none of them ended up looking right, this was honestly the closest I could get to what I actually wanted.
Any ideas on how to fix that though would actually be greatly appreciated.

Just a bit shorter. Il text you later, first il try to make it myself.

Nice, Gali feels like the fits in the style of the others but also slightly unique. 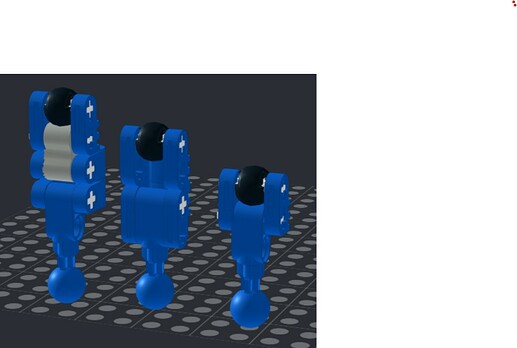 Thanks for the suggestions. The middle one was closest to what I was thinking though it was actually still the same length haha. but I took that idea and managed to adapt it, see what you think. 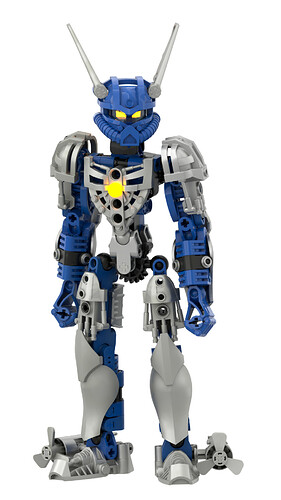 The MOCs look pretty nice! However, elbow articulation with the custom lower arms looks like it could be a problem on Tahu and Gali, as the ball joint is limited. They suffer from the same problem as the canon Helryx model with this connection: (look closely at the knees and see that the ball joint is connected to the technic connector by a 2x1 thin liftarm, severely restricting articulation) 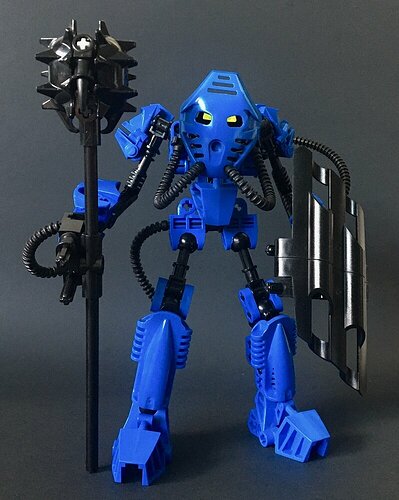