so a very long time ago (almost 2 years now), @tahtorak hosted a contest to build a G2 Toa Nui from the Masters

Toa Nui Building Contest This topic is where you will post your entries. Continuing the discussion from Toa Nui Building Contest (Discusion): After making several Toa Nui(s) using the 2001 Toa I wanted to see a Toa Nui made out of the 2015 Toa (the Okoto Toa Nui if you will). For any who do not know, the Toa Nui is a fusion of all six Toa, whereas the Toa Kaitas are a fusion of three Toa. The Toa Nui has never made a canon appearance, so there have been many attempts by fans to create one. This competition will be to create an Okoto Toa Nui using the Toa sets from 2015. I’ve seen plenty of MOCs of Akamai and Wairuha for 2015, so now it’s time to fuse all six Toa Okoto. RULES: 1 - Must use pieces from all six 2015 Toa Okoto. Pieces outside the 2015 Toa will not be allow…

I really wanted to enter, but at the time, I didn’t have Tahu 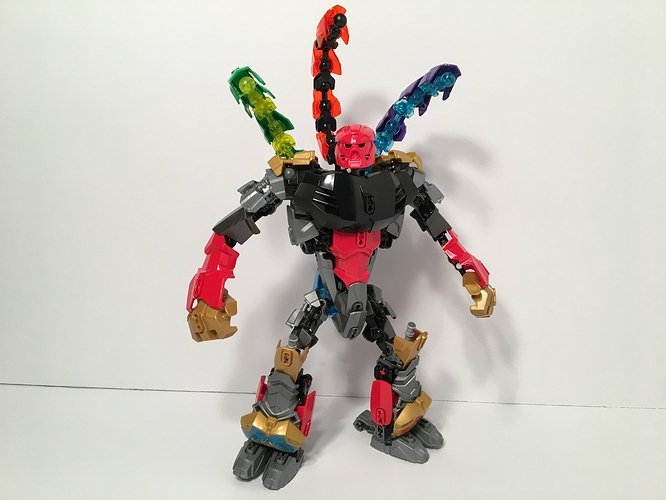 i’m still not entirely sold on it 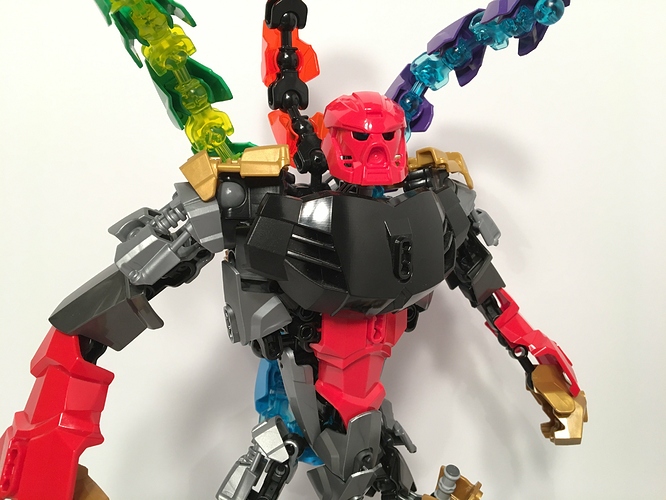 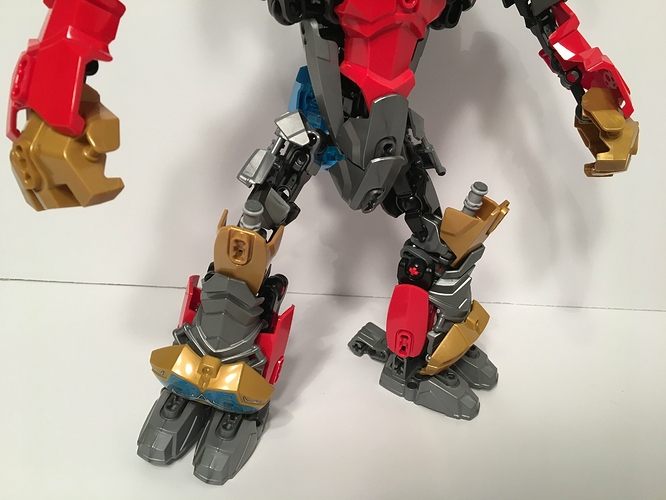 the legs/feet are probably my favorite part

they don’t look very articulated, but thanks to those HF fists on the back, you can get some pretty dynamic poses with them 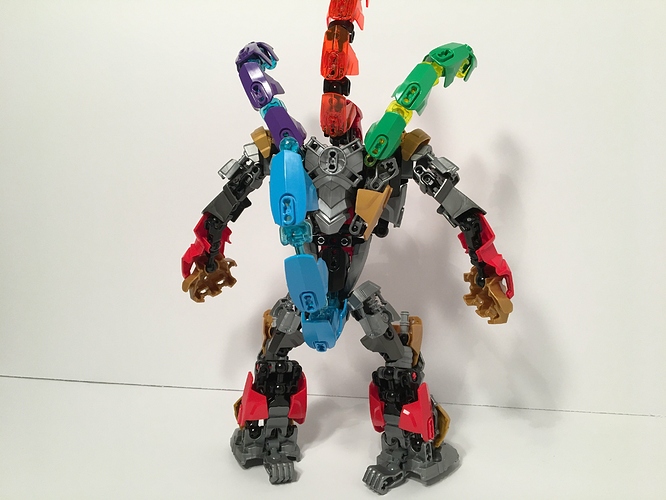 they’re supposed to be like energy arms/tendrils or something
they came about because I couldn’t design a good weapon, and still wanted a way to show this was a Toa Nui
yeah i know the tail looks dumb 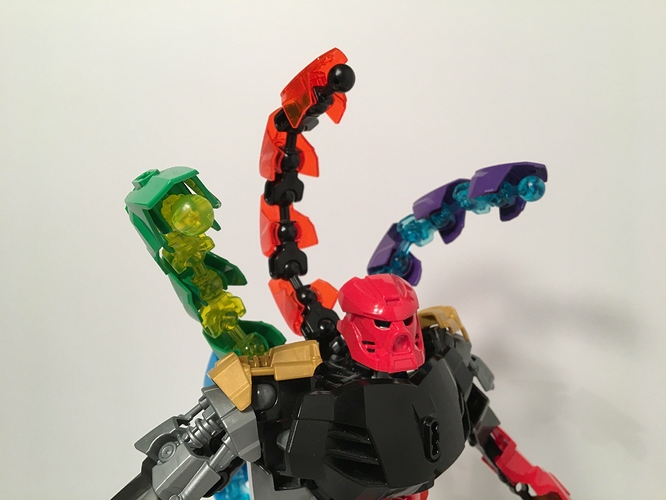 another look at the these useless appendages 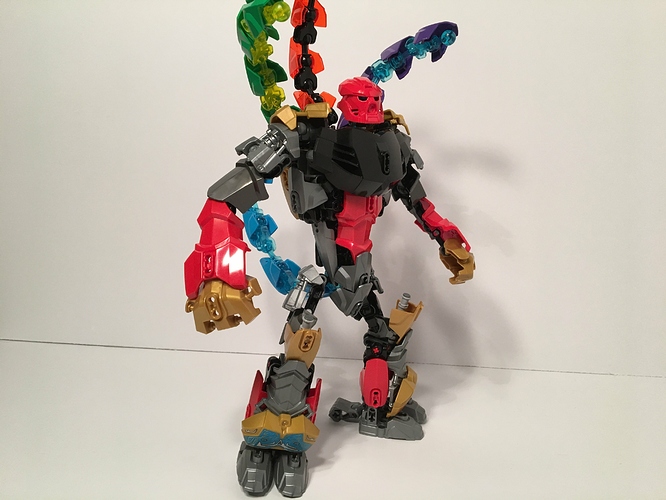 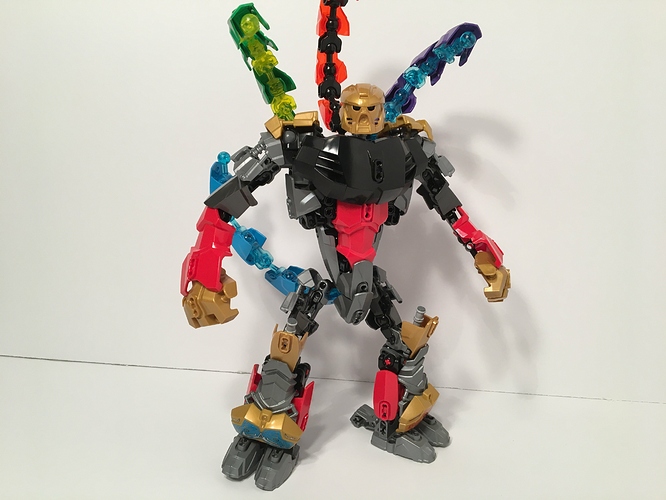 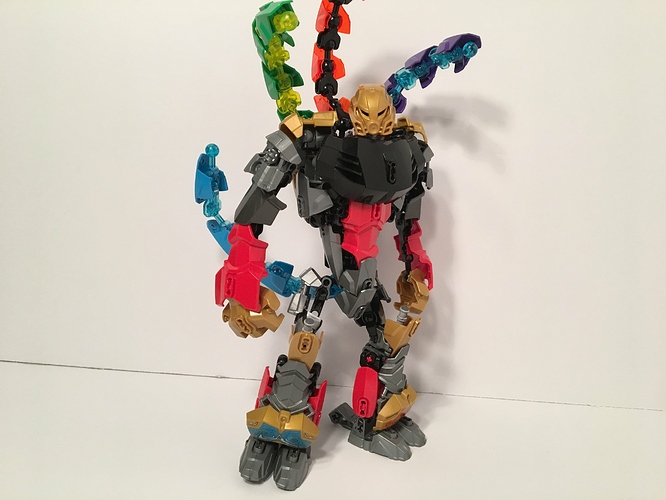 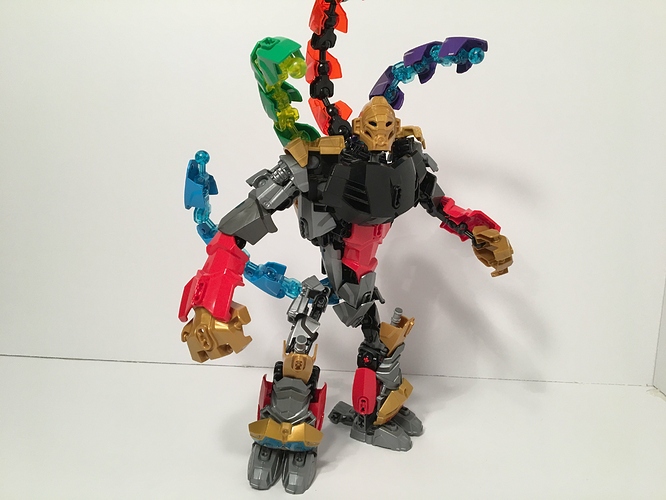 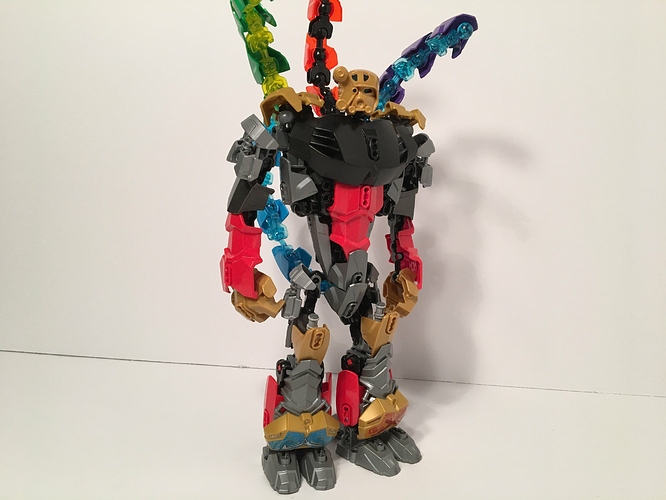 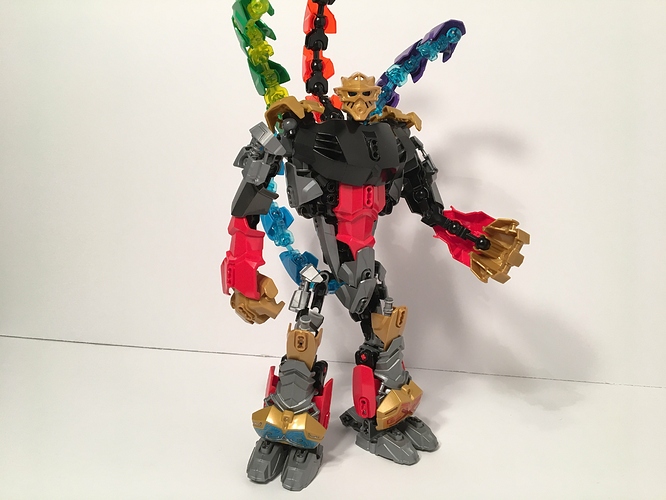 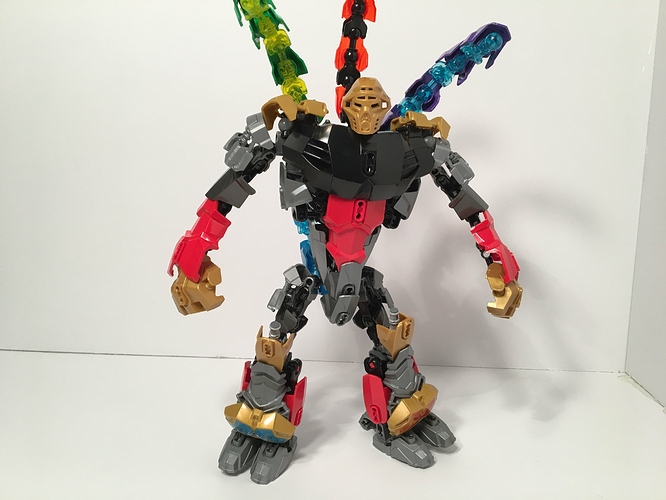 the six golden masks of powers 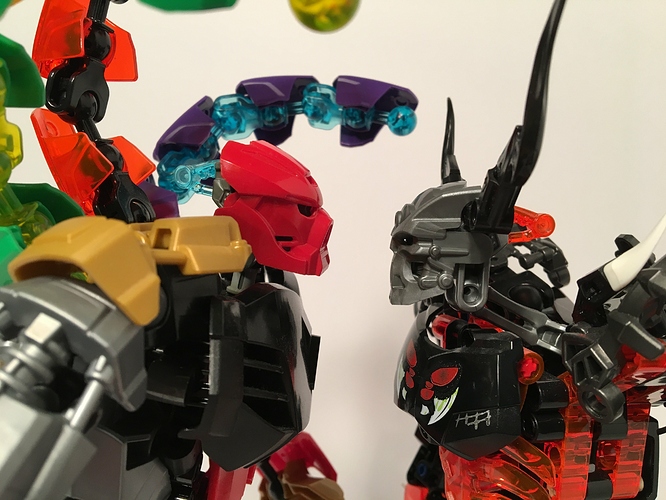 Overall, my opinions on this combo are mixed. On the one hand, there’s numerous problems with it. The proportions are wonky, the HF beast paws are…weird, the torso is shaped weirdly, and the color scheme isn’t the most spectacular. On the other hand, I don’t know how many of those problems can be attributed to this being a combo model. At any rate, this combo was really hard for me. As it turns out, designing large humanoid combos without technic liftarms isn’t super easy.

I like the structure, the energy arms kinda feels like hydra necks without a head, also the arms (not the energy thing) feels abit flat-

also the arms (not the energy thing) feels abit flat-

so a very long time ago (almost 2 years now), @tahtorak hosted a contest to build a G2 Toa Nui from the Masters

Uhh, nice build slurm, even if he apparently skips everything but shin and chest day.

I’m very surprised with this MOC. I wasn’t expecting something this good. The torso, leg, and arm construction are nice. The hands while simple look good. I recommend adding fingers if possible.

I think you can change the upper arms limb and apply the weapon under the arm for bulk.
edit:
I don’t suggest doing this but- 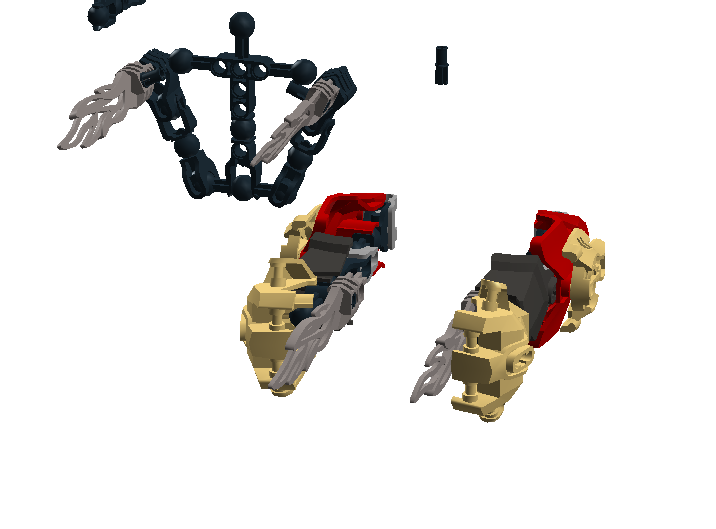 If you have an extra short limbs, pins, and friction-adder, you can revert around and pin the Guurahk Staff (LDD didn’t have any so I had to substituted it) as arm blades and placed on the back for storage.

That’s looks very good, and awesome at the same time.

I love the lower legs and feet

“slime what even are those technicolor noodles”

From the Iron Giant.

“slime what even are those technicolor noodles”

From the Iron Giant.

So I guess Okoto is where the Iron Giant’s body landed, huh…?