Toa Nui (the fusion of all six Toa)

“According to Bionicle series writer Greg Farshtey, the fusion of six toa is called a Toa Nui. The sheer power of a single Toa Nui would rival that of Mata Nui himself. In the known history of the Bionicle, there has never been a Toa Nui formed…until now.”

I’ve long wanted to make a make a Toa Nui and to see what it might look like. So I searched on the web to get ideas. I found several versions of the Toa Nui, but I came across two problems with these versions of the Toa Nui. Many were over crowed with too many parts, and the others (while they looked AWESOME) were structurally weak.

I got inspiration from the designs of Toa Katia and one design by M. J. Ramberg. (http://www.mocpages.com/moc.php/32340)

Here’s my version of the Toa Nui without his weapons: When designing the Toa Nui, I found that there were two designs that looked really good. I really like the first version’s feet and I really like the second versions body. Unfortunately there wasn’t enough pieces to do both.

This is the 2nd version without weapons: This is the 2nd version with weapons: I thought that the Toa Nui should have two weapons. The first should represent the combined powers of Akamai and the second to represent the combined powers of Wairuha. Akamai is equipped with a fire sword and a club, so I combined them into a flaming hammer that could control lava/ magma. I saw many versions of Wairuha with a bow and I really like this idea, so I used it to create a crossbow that has the power to control storms.

This is The Magma Hammer. I like how it combines the weapons of Tahu, Ouna, and Pohatu all in one go. I find it slightly funny that it’s an oversive Claw-hammer that’s on fire (a claw-hammer is the standard hammer every has in their home). Tahu’s sword could also be used like a pickaxe. 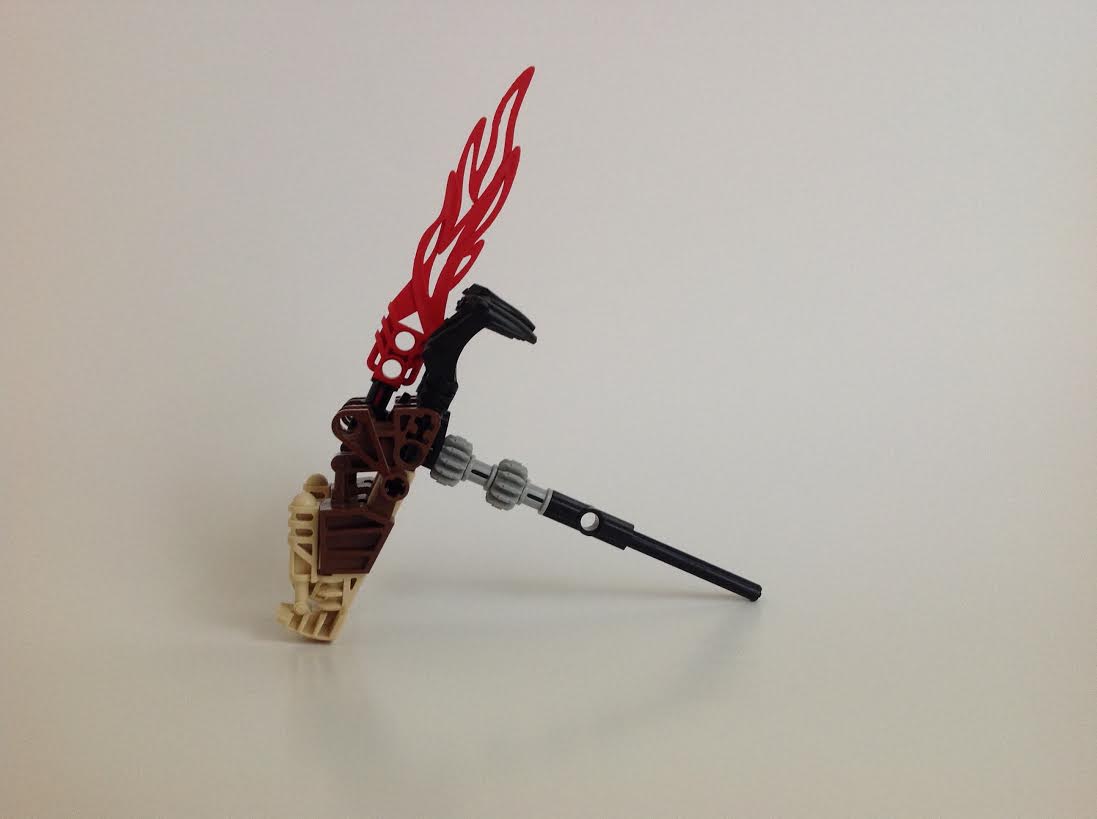 This is the Lightning CrossBow. If you remember, Gali and Lewa once combined their powers to create a giant storm, which shot lightning at the Bohrok. (This was in the 2002 comics)

Heres the back with Kopaka’s shield attached. 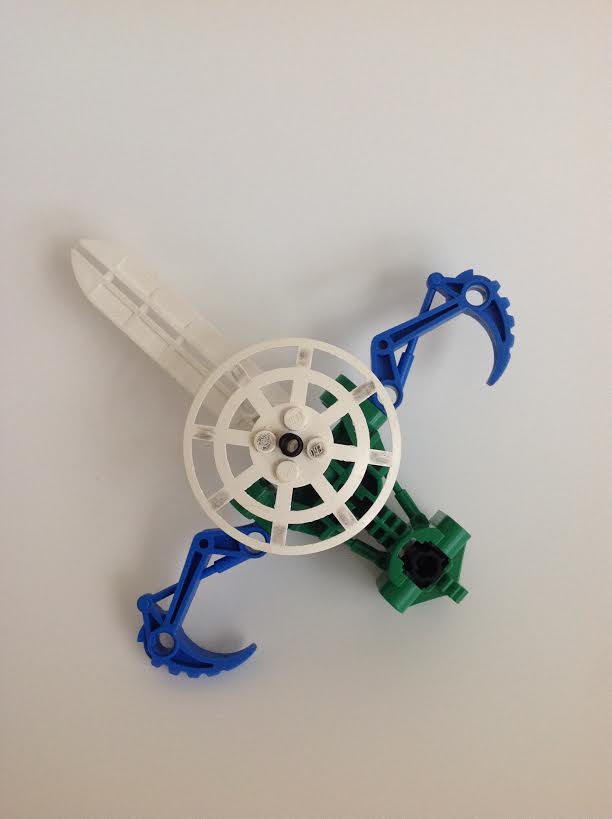 For a combiner this isn’t bad. Not bad at all. I like how it uses elements from the Kaita as well as your own touches.

It’s hugely huge. Amazing how someone creative can take something simple like the Mata Toa and make this.

That is so cool nice job.

Very nice. I like the first version more than the second.

Major props. It really is a shame that there aren’t enough parts for the best features of both to be included in the same set.

I love this. I always envisioned a Toa Nui looking something like this… Now it’s great to see someone actually make such a thing.

This is a great combiner. I love what you were going for with the combination of the Kaita.

That’s awesome. I made a hideous Toa Nui Nuva MOC as a kid, combining all 7 together… as I recall, his legs and feet were literally just Magma Swords sticking out of his body…

Honestly, I need to review this:

This combiner looks VERY well built, being based off the Kaitas of Kaitas (otherwise known as the Toa Nui). The build is sorta strange-looking, but then again, that happens when trying to combine six sets into one.

The weapons have to be my favorite part of this. Literally, you combined 5 of the 6 Toa weapons to make two weapons fit for such a great build. Although, I wish there was a way to put Lewa’s axe in there.

@RangerSilver6 That’s one vote for the first.

@CausticKrana I thought about making an “Omega Toa Nui” where I go ahead and use extra pieces.

But ya, It’s sad that there aren’t enough pieces within the sets.

@Chronicler Thank you for your review.

I think the weapons are my favorite parts too. While I was building it, I couldn’t find a place where Lewa’s axe didn’t look weird.

@GhotiH Oh, I can relate to horrible first attempts.

I’ve even thought it might be fun to make a topic where everyone can show off horrible creations.

Had to edit that for about three posts. Please, watch your double posting! :S
~Chronicler

I’m actually a little confused because I replied to three individual people’s comments and they all got fused into one post. Could you explain it to me.

I was editing it for you so you didn’t have to get your stuff flagged for triple posting. Just a community service.

That would be an awesome topic. I have made some of the WORST mocs you will ever see as a kid.

It is an established aspect of the forums that replying to multiple people is possible in 1 post via either Quotes or using the @ Command.

If I wanted to, I could @ Any random user, like, say… @CausticKrana and they’d get a notification from that. And I could do that at any point in the post.

Just to help you out with replying to folks.

Anyway, just wanna say that I really dig this MOC, especially the first version, But I think the second has a height advantage?

@Nyran Actually, I think the two are almost the exact same height, but I think the 2nd might be a centimeter taller.

@Chronicler After some tweaking, I managed to fit Lewa’s Axe onto the CrossBow. Check it out. 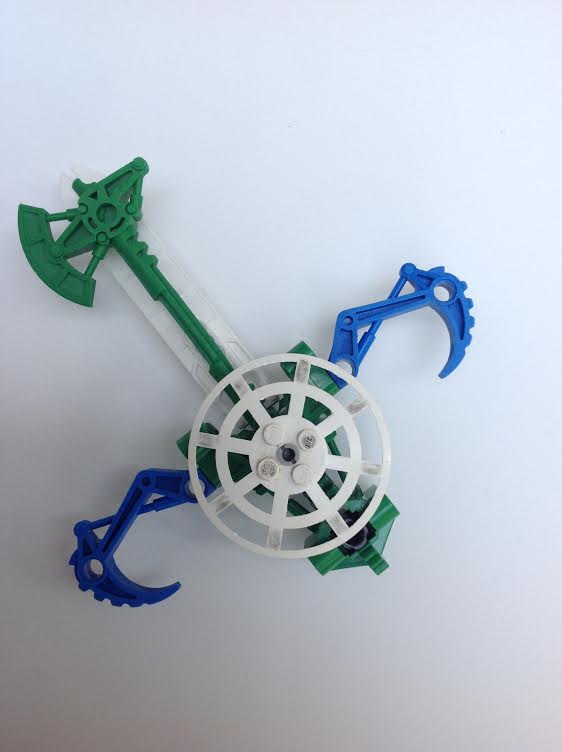 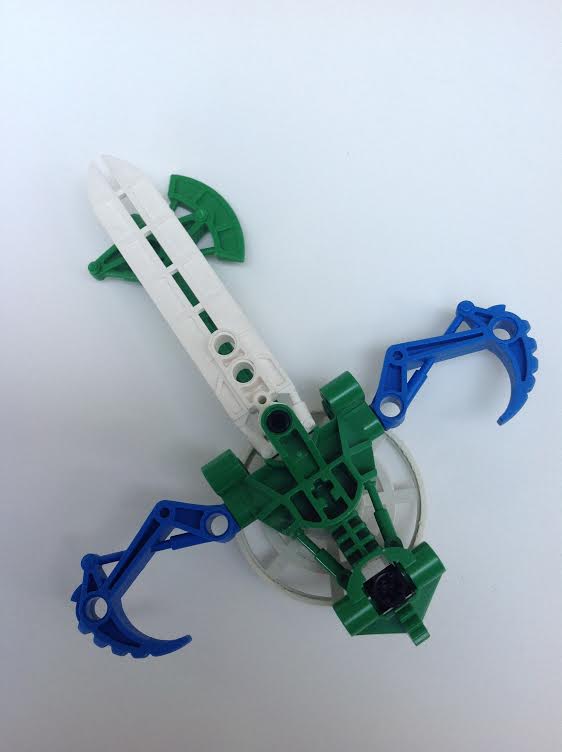 One thing I forgot to mention is I had to reinforce the right arm gear function to support moving the very heavy Magma Hammer.