Here is a new Toa of Ice for my eventual Toa Outcasts team.

Vergalas hails from the far south of Spera Mangna. A frozen wasteland where the water is so cold any normal being would die if submerged nearly instantly. Only Vergalas can withstand the freezing waters where he makes his home in an under water cave part of a volcanic vent allowing life to sustain itself beneath the frozen wastes above. 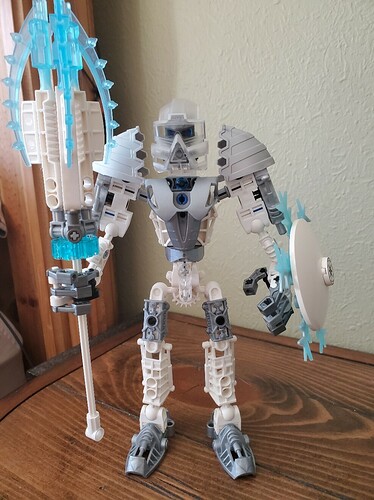 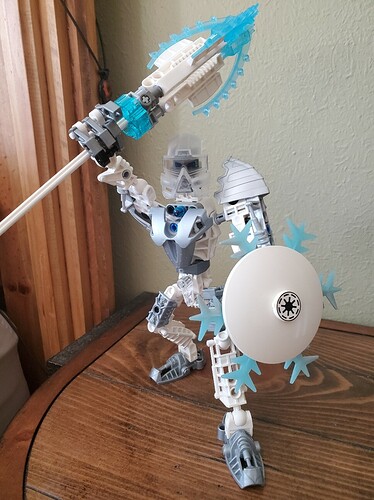 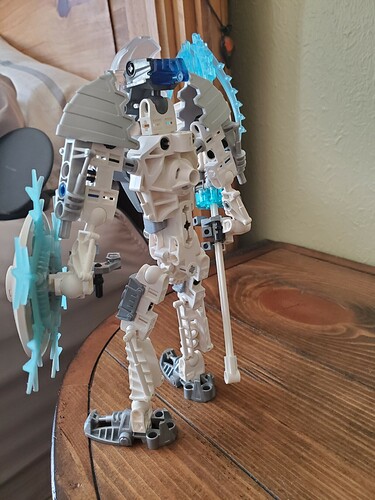 The team thus far the toa of Air is still A WIP for the weapon atm. 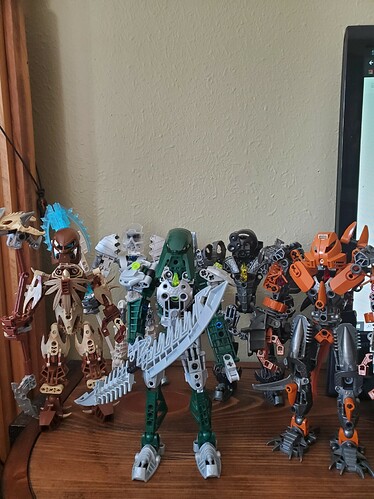 Suggestions for the final Member? Fire is what I am thinking, with a black and red color scheme.

The last member will likely follow a similar design the the Iron (which is currently my Zaria) and the Magnetism toa’s to round out the team. Current elements represented are Air, Ice, Iron, Magnetism, and Sand. Sorta going for the tank, rouge, and mage set up for various toa in the team. I will likely fill out the legs on both ice and air a bit more too.
Comments and critics welcome.

that mask makes me jealous

Please use a 3 length axel on the shoulder armor. That pin hurts.

Please use a 3 length axel on the shoulder armor.

Then there would be half a pin sticking out though. I think what he did is better.

Just put one of these on the end. 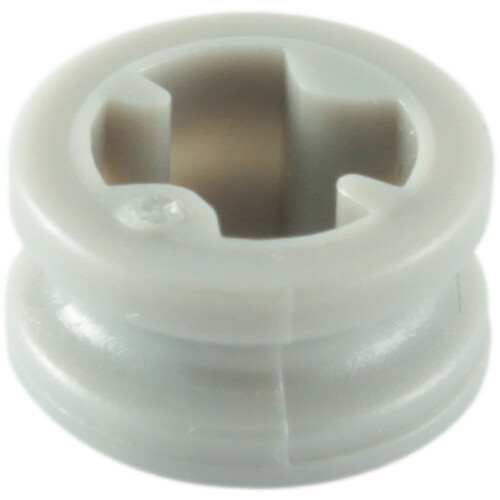 On a pin? That’d hurt even more.

I’d say a 1x1 round tile would be better.

I wish we saw more toa of ice with trans-clear pieces, but it’s a difficult color to use on bonkle mocs. The shield is pretty cool

Gukah, this is an intervention.

Ohhhh I get what you’re saying now. I misread it at first, whoops

Gukah, this is an intervention.