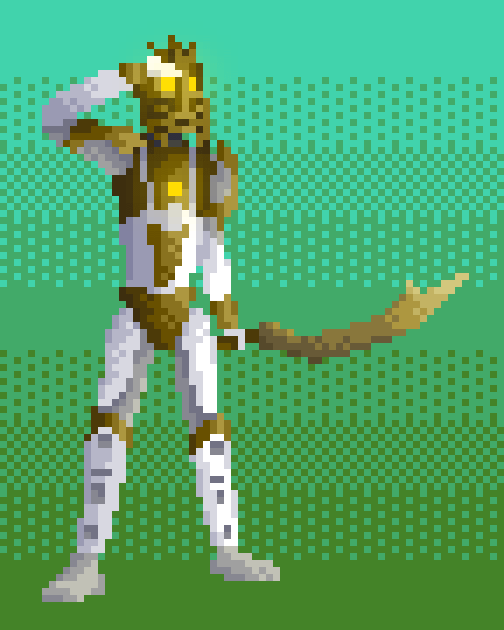 If Solekians really need to praise their white and grey piece of rubbish, they might as well praise the version of Solek that’s worth praisin’

Here he is, Solek, the toa of overzealousness and fanatism!.. Actually, yeah, I’m not keeping that name. Toa Solek just sounds wimpy. How about Swolek? Yeah, that should do.

Pretty simple character design - Takanuva’s original color-scheme, although quite a bit more gold thrown into the mix, pretty simple weapon choice of Solek’s normal blade, just enlarged from a dagger to a one-handed scimitar. I wanted to include a shield in, but that didn’t really end up as something worthwhile.

I did modify Solek’s noble Akaku due to my own headcanon how mask shapes work in GSR, and also just added a scope like all akaku should friggin have. I will probably make a custom sprite for it in the future for better reference.

P.S. Please someone come up with better name than Swolek. It’s too daft to be a toa name.

Solekia. The Toa of Hated Sets.

I like the sword, and would love to see the mask alone: I can’t see the scope very well…

The Cult of White and Gray Pieces decrees this art needs more gray.

I love the pixel art, but just looks like Takanuva. If i didnt knew he was Solek, i would just think that he is Takanuva. 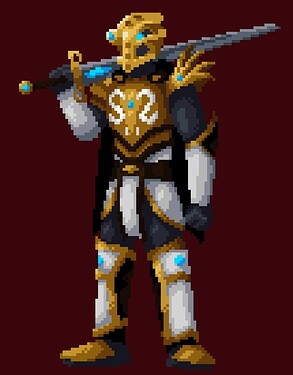 Sorry to disappoint. I have since made a bit better version of Solek. I hope this guy will suffice

Way better. I love the new mask and cape way more. Basicly everything is uproved on and better. 10/10 for me