hello people! this is my first post, yay.
anyways i decided to post this guy here cus he’s 2 years old woopee. Warning! this is in no means a Makuta Teridax remake just wanted to throw that out there. 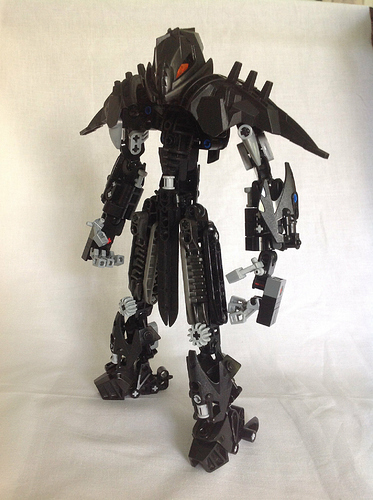 he is an inika build just gonna throw that out there 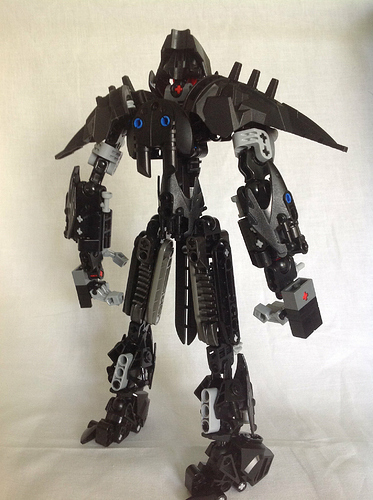 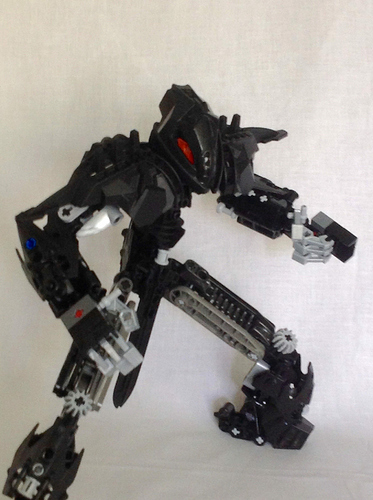 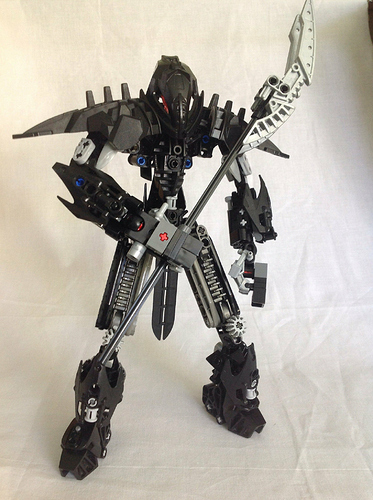 and of course the all important weapon, he was meant to be kind of a mage/caster person, kind of hiding in the back lines firing things at people 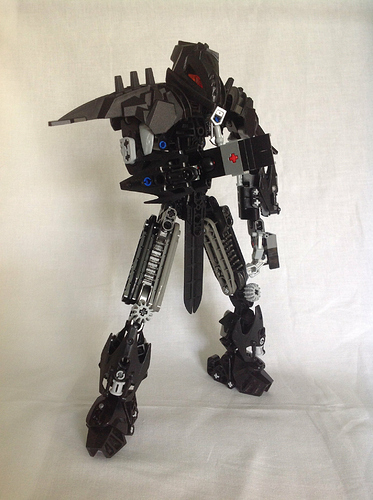 thank you for looking at him, coming back two years later i looked at him and thought “this was a good bit of history for me”, he’s decent but pales in comparison with his new form (mostly in terms of size). which brings me to my next point i posted this guy to get people here familiar with how he was two years ago, the current version will be posted after i get what’s required to finish him (which is likely going to take a while) the story (or what i’m willing to release about it) will be posted with the new version when it comes out.

also take a look at what else i’m posting there if your interested in tiny Lego tanks!

that’s all i got today bye.

Getting a kind of insecty vibe off this guy, looks really cool. I like the leg design and the hand design with the covered knuckle look. Nice job

i like it, though it’s hard to imagine him as a toa

I really dig the way his thighs are built, and Stars Skrall sword as a sort of loincloth works VERY well. Teridax looks like he’s wearing boots, and overall this moc has a very nice flow to it.

this is in no means a Makuta Teridax remake

I mean after thinking about it, it would be passable to have someone else in the Matoran universe named Teridax.[quote=“Marx, post:1, topic:34639”]
i posted this guy to get people here familiar with how he was two years ago
[/quote]

Personally I’d advise you posted this after the modern version, or even as a photo inside your original version. I know it’s easy to get attached but if you hate his guts there’s no one forcing you to post this version first. Looking forward to seeing your current version, though.

I will try to explain this in the story, but he was captured and experimented on turning him into a shadow Toa

Is that the movie mask of shadows?

Interesting idea for a MOC. I do not think you should call it Teridax because a lot of people will get confused.
I like how this MOC looks with it’s pointed shoulders. I don’t like the old gray on his upper legs. also interesting feet…

@Hawkflight i don’t hate this guy in fact i love him for spawning one of my favorite story lines I’ve made so far, sorry if i worded it in a way that made it sound like i hated him (after reading through it again i noticed the “i could barely stomach looking at him” part … i don’t know were that came from, i’ll rewrite that)

@Omega_Tahu yes it is, i don’t know where i got it from but it’s the only black Kraakhan i have

thanks for all the feedback i really appreciate it!